Home News 7 Questions for Jim Hedges, the Newly Appointed Arts Curator for the... 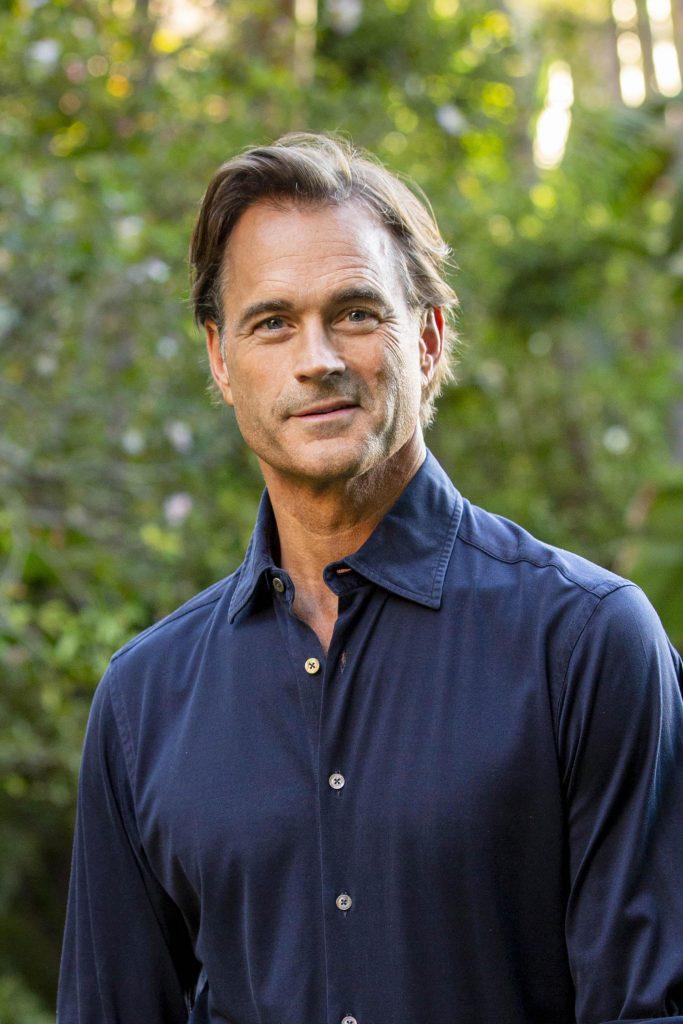 The Beverly Hills Hotel and Hotel Bel-Air are unquestionably legendary, with histories that evoke glitz and glamour and Hollywood Golden Age luxury. The two hotels have also garnered a reputation for their art exhibitions, which offer guests and visitors the opportunity to discover new and historic art in an intimate—and sometimes unexpected—setting.

Recently, the Dorchester Collection, which operates both locations, announced the appointment of James R. (“Jim”) Hedges as curator of the arts. For 2023, Hedges is already due to oversee seven planned exhibitions, as well as a series of educational artist-focused events and experiences, organized in partnership with nearby galleries and museums.

Prior to this appointment, Hedges became known within the art scene as the founder of the gallery Hedges Projects, which specializes in the photography of Andy Warhol. As a dealer, he has acquired and placed more Warhol photographs in public and private collections than anyone else in the world. As a collector and patron of the arts for more than 30 years—named by magazine as one of the “Top 100 Collectors in America”—his involvement with institutions nationwide has been incredibly diverse and wide ranging, from serving on the drawings acquisition committee at the Museum of Modern Art, to being a member of the national committee for the Whitney Museum of American Art.

We spoke with Hedges to learn more about how his appointment came about, and what he is looking forward to most in his new role as curator of the arts for the two hotels. 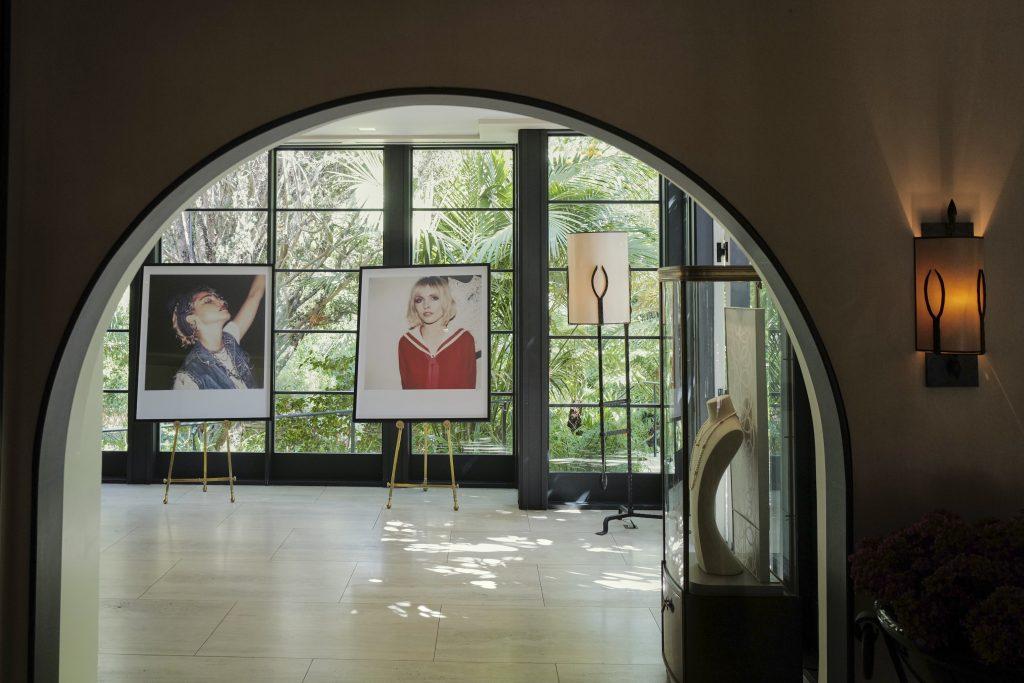 Exhibition space at the Beverly Hills Hotel. Courtesy of the Dorchester Collection.

Can you tell us a bit about what led or inspired you to work with these two storied hotels?

I was invited to mount an exhibition of Andy Warhol photographs at the Hotel Bel-Air in early 2022, to coincide with the Frieze Art Fair in Los Angeles. Owing to the success and warm reception of that show, the hotel’s management team asked me to work closely with them to create an arts program for the two Dorchester Collection hotels in Los Angeles. Our goal is to create a program of contemporary arts exhibitions for each hotel that will bring some of the most exciting artists to each of the properties in a manner that aligns with the hotels’ heritage and clientele.

What are some of the overarching goals you hope to achieve as the curator?

The Beverly Hills Hotel and Bungalows has a spectacular lobby and pool cabanas where we will install artwork, while the Hotel Bel-Air offers a sumptuous, Garden-of-Eden-like setting where we will install sculptural work, creating our own version of a contemporary sculpture garden. The two hotels are singular expressions of the Southern California lifestyle and present unique opportunities for different experiences, such that visitors will benefit from visiting each property for different takes on the contemporary art landscape.

Has anything surprised you since starting your new role?

No surprises, just a clientele rich with collectors and art enthusiasts and a hotel management team fully committed to our vision of introducing contemporary art in a very elevated manner. 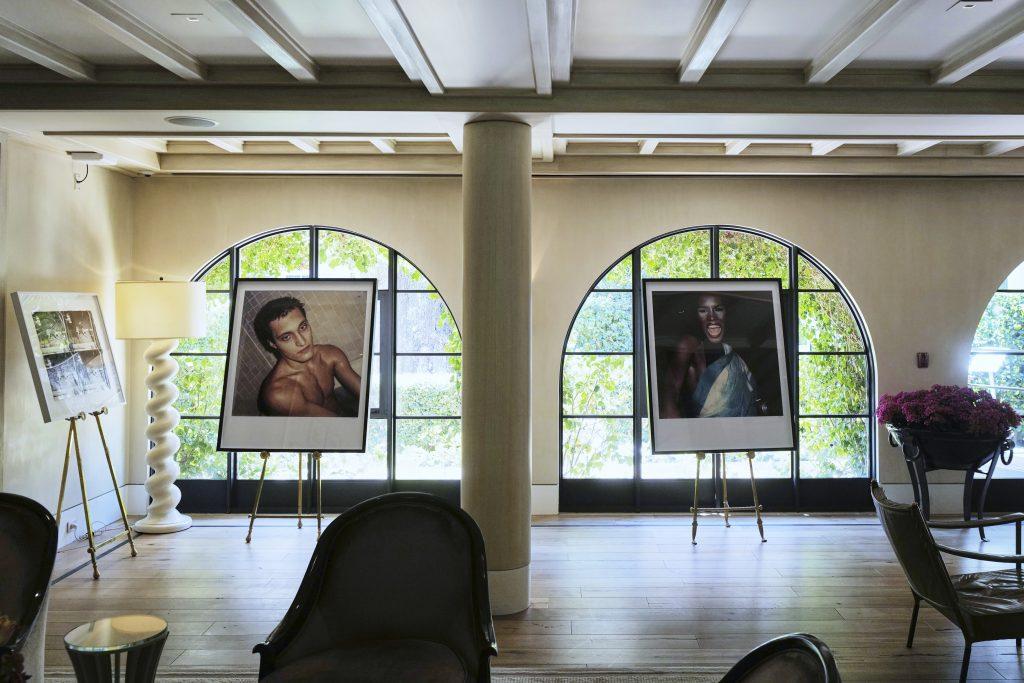 Exhibition space at the Beverly Hills Hotel. Courtesy of the Dorchester Collection.

What is a forthcoming exhibition or event that you are particularly excited for?

Opening with Frieze Art Fair in Los Angeles in mid-February will be an exhibition of photography by Jean Pigozzi, who actually lived at the Beverly Hills Hotel and Bungalows for a long period in the 1970s. Pigozzi’s photos document not only certain aspects of the hotel’s heritage, but also his personal relationships with some of the world’s best-known faces and personalities. It’s a star-studded tour of the global jet set with deep connections to the hotel. Our opening is scheduled for February 16.

You are also the founder of Hedges Projects; how has your experience there informed your curatorial practice, and your approach to this partnership with the Beverly Hills Hotel and Hotel Bel-Air?

I’ve been fortunate to be active in the art world since a very young age: as a collector, as a patron or trustee for numerous arts organizations and foundations, as a partner with artists helping them realize their production goals, and as a curator working with amazingly talented artists and institutions.

Hedges Projects focuses on Andy Warhol’s photography, and you are an expert on the subject. Can you tell us about how your interest in Warhol began, and what continues to drive it?

About 25 years ago, I began collecting Andy Warhol works through the Andy Warhol Foundation for the Visual Arts. As part of that deep relationship, I became increasingly familiar with the importance of Warhol’s photography practice and its inextricable link to all of his art-making practice. A photographer for his entire life, Warhol used photos as both source-material for his prints and paintings, but also as an end in itself, with his final body of work being the stitched photos unveiled in the final exhibition of his life.

You’ve also been a collector for more than 30 years. Do you have a favorite piece in your private collection?

A dear friend with five children once told me that there is no such things as a favorite child, and that every child is a favorite at one point in time. I think the same applies to art. We fall in love with our latest acquisition, until the next flurry of inspiration and excitement comes along.

Elizabeth Taylor was also famous for saying, “It’s the wanting, not the having,” and I think this also applies to one’s passions as a collector.

With all that said, for many years, I sat on the board of the DIA Foundation, and I always come back to my deep and lasting appreciation for the spiritual, conceptual beauty of artists like Agnes Martin, Louise Bourgeois, and Michael Heizer.