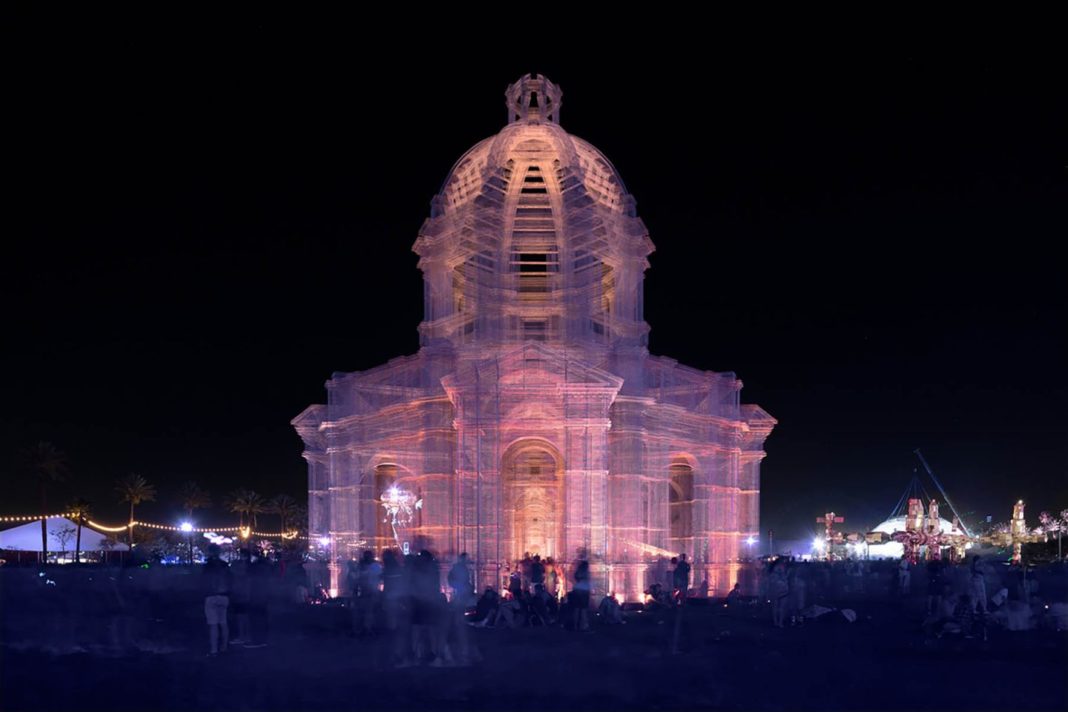 Italian artist Edoardo Tresoldi, known for his massive architectural sculptures made of wire, built three transparent structures for this year’s Coachella music festival in California. Titled ‘Etherea’, the sculptural series was comprised of three identical buildings in different sizes, inspired by Neoclassical and Baroque aesthetics. The buildings were illuminated at night with a hazy lavender glow that emphasized the illusion of Etherea’s solidity. 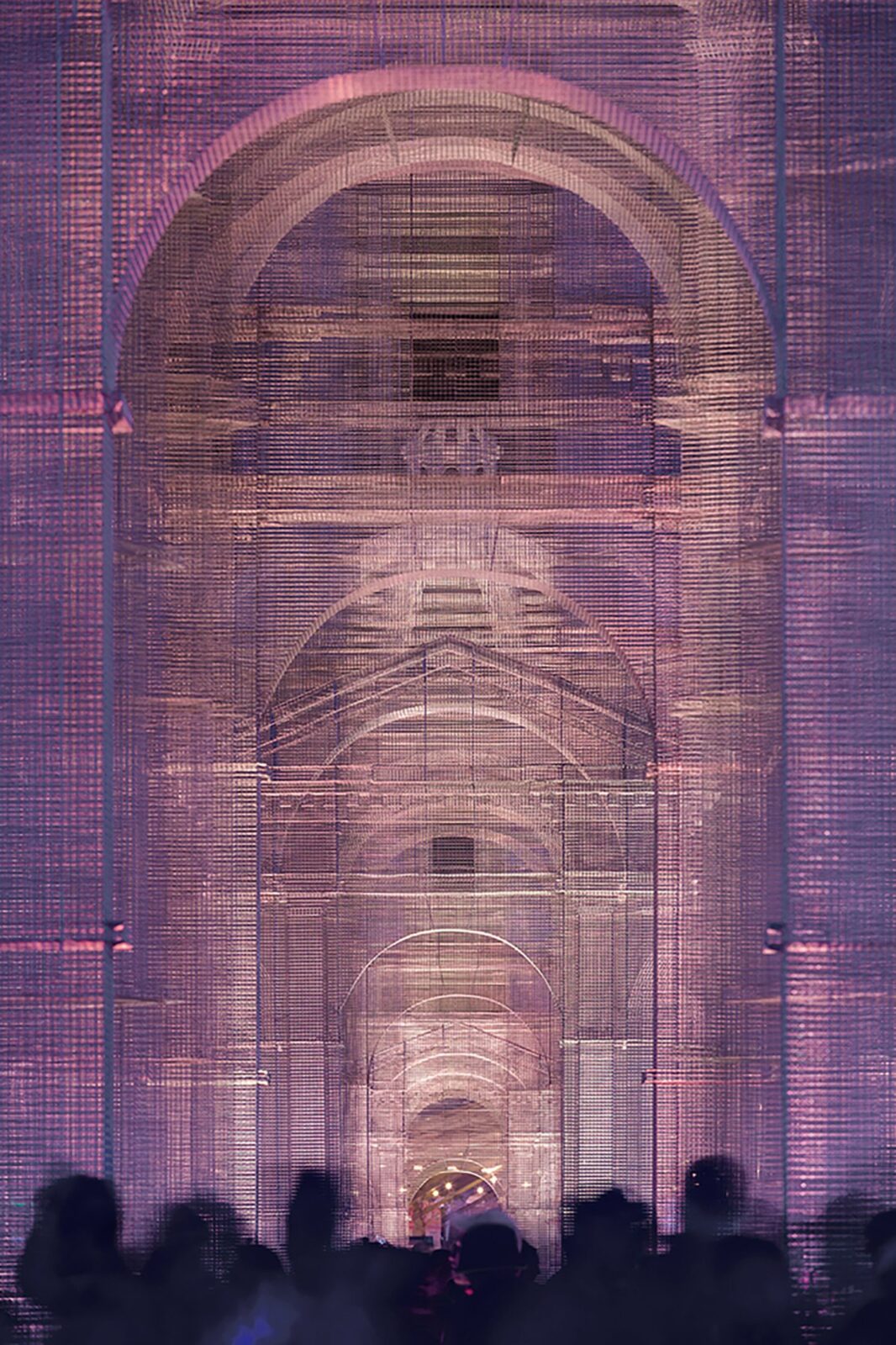 Edoardo Tresoldi is an Italian sculptor and set designer, known for his astonishingly realistic, transparent sculptures made from metallic wire mesh. His work involves adeptly molding wire mesh into intricate sculptures of animals, humans and buildings, and installing them at strategic locations perfectly integrated to the surroundings, with the aim of inscribing a specific sense of time and space to them. His works speak about the fine line between freedom and captivity, and how man influences the environment he lives in. 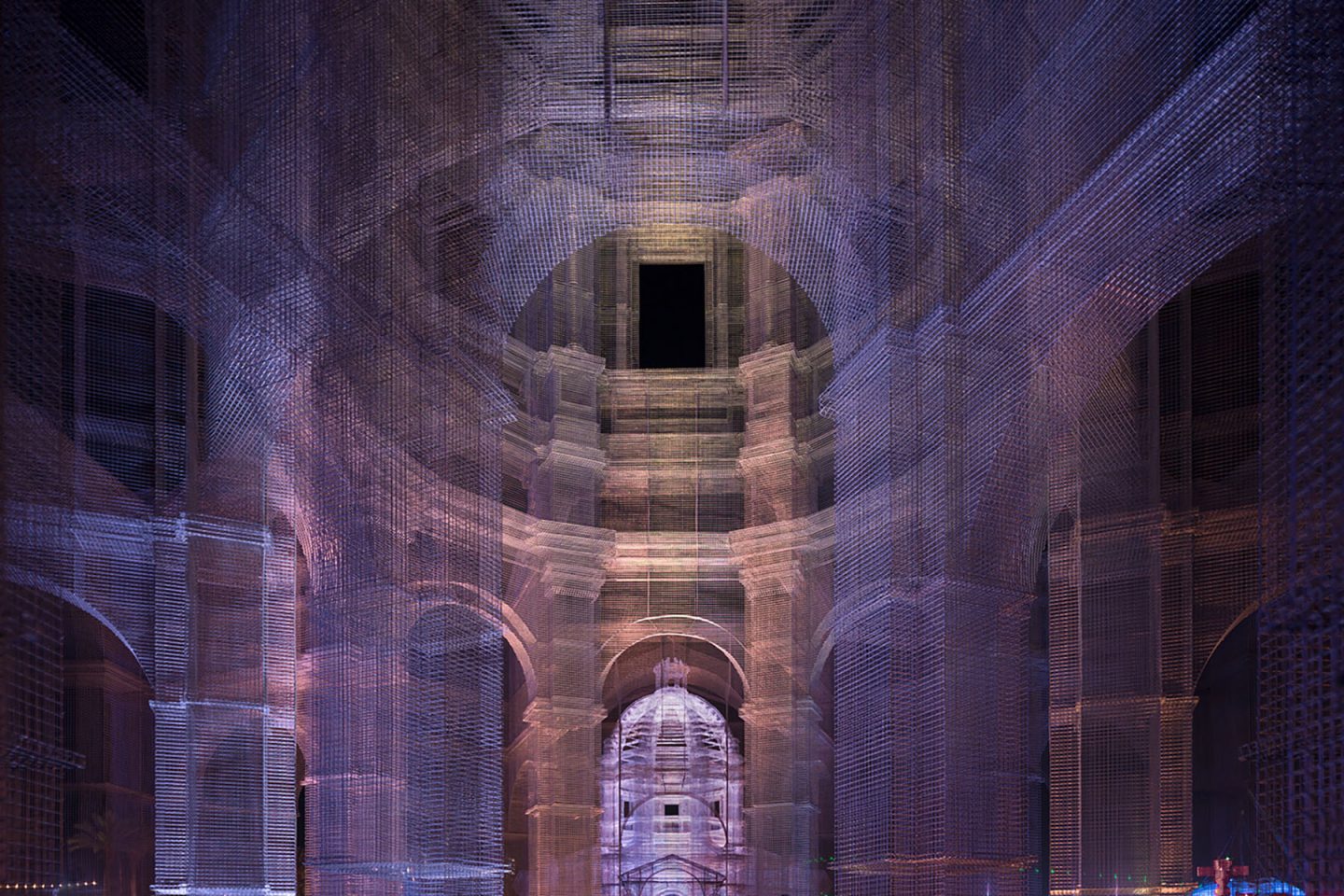 Born in Milan in 1987, Edoardo is a master of his craft. A single glance at any one of his sculptures – ranging from smaller statues to buildings of massive scale – is enough for the viewer to realize the level of intricacy and delicate precision that is required to bring these sculptures to life. Using only pieces of bent metal, Tresoldi skillfully represents human form through well-executed natural body language, beyond realistic facial expressions and meticulously placed creases in the clothing. 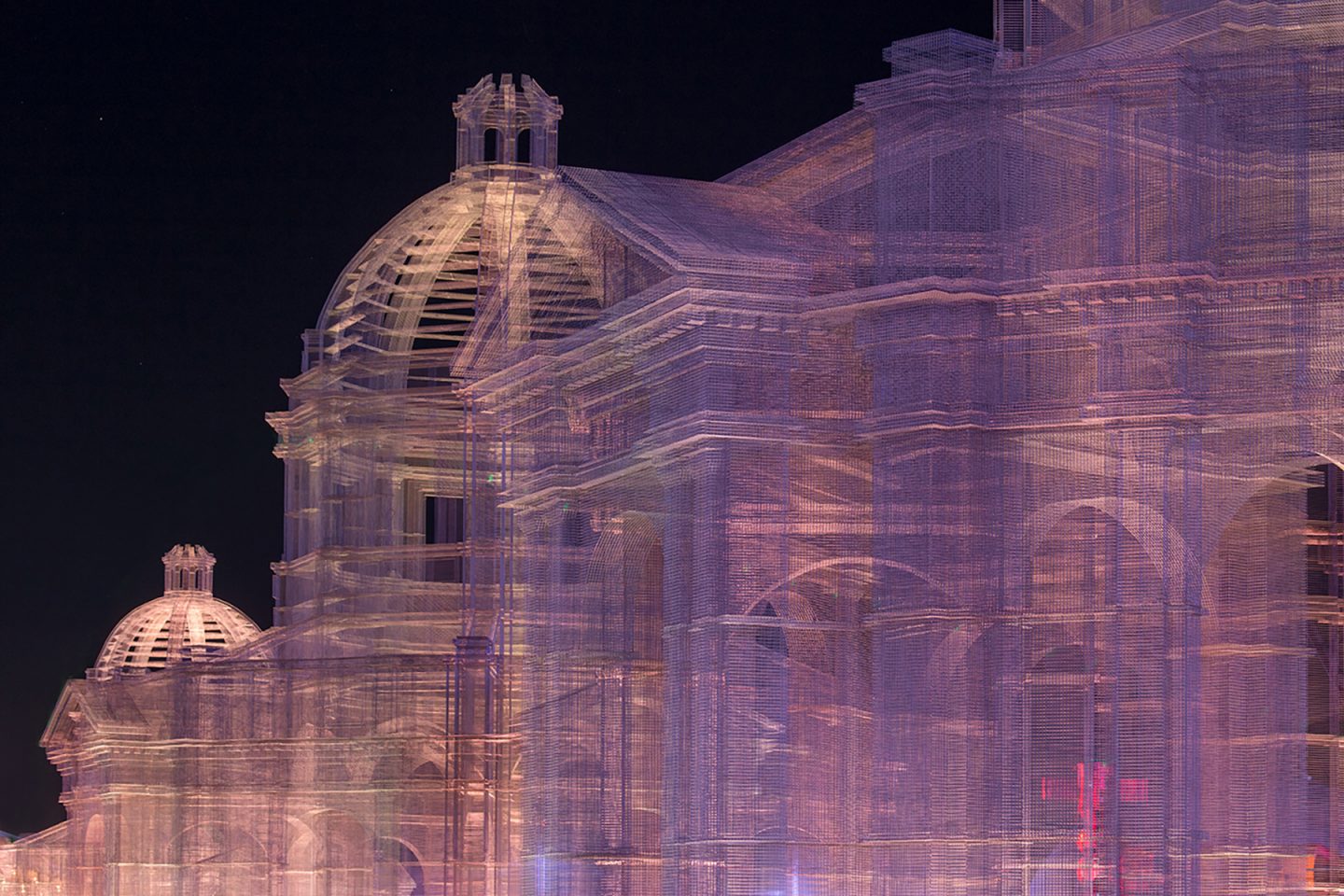 Transforming a mundane industrial material into delicately crafted three-dimensional figures, the artist manages to create artworks in which forms create volumes. Feelings serve as the real protagonists of the narrative – Edoardo develops a story or a character and concretizes them through the creation of the sculpture. 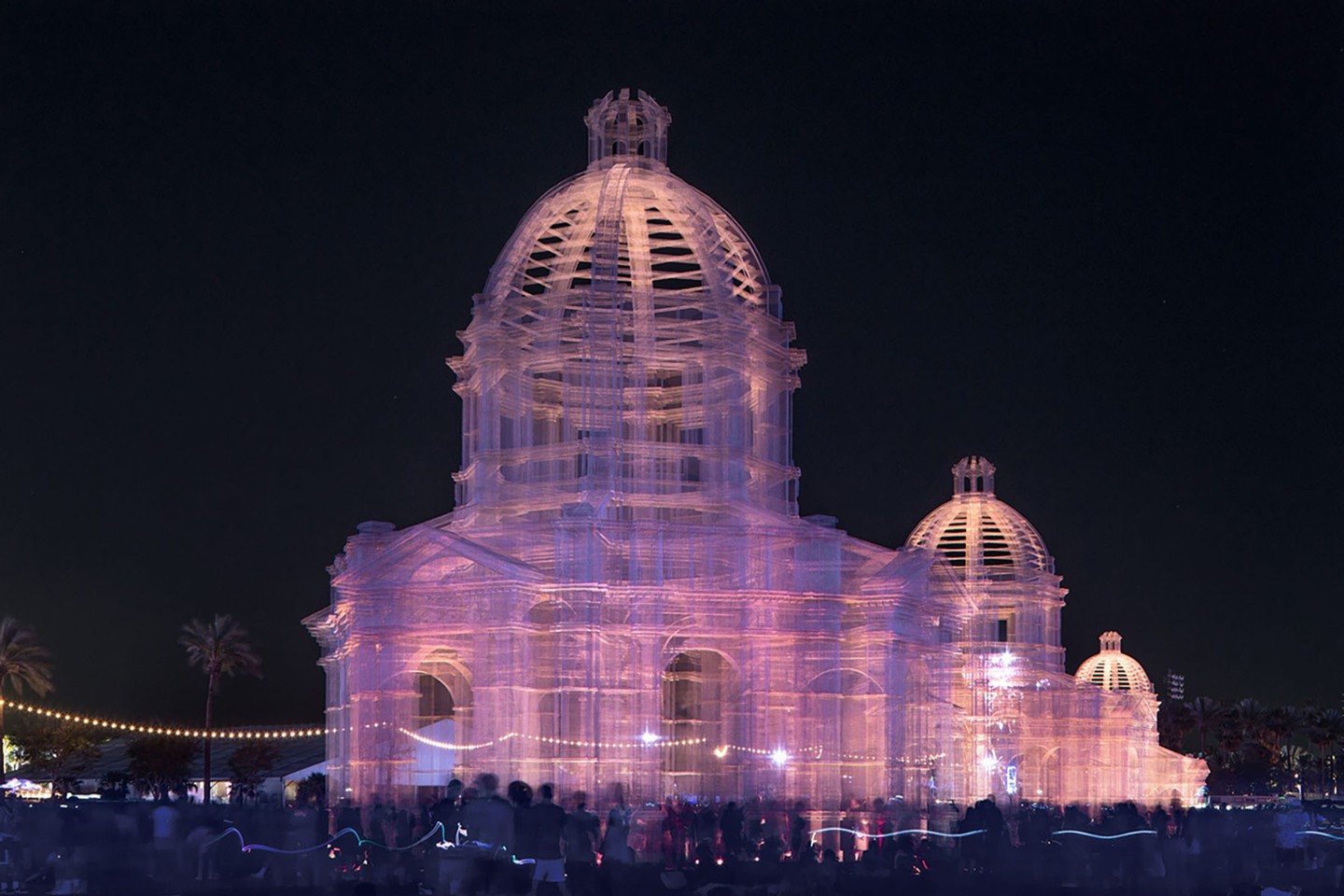 Tresoldi’s large-scale architectural installations – such as Incipitand L I F T – are especially captivating and mesmerizing.

Incipit is an architecturally-inspired towering installation built in the scenic city of Marina di Camerota, as a part of a local festival Meeting del Mare 2015. Composed of eight columns joined together by semicircular arches, the sculpture is shaped from wire mesh, radiating translucence and serenity. The thin wire, with its countless tiny squares, makes the artist’s massive creation mostly see through. Against the blue sky, Incipit appears as an ethereal, almost ghostly form. At its very top, a flock of embedded wire birds, in a perpetual stance of flight, are reaching for the sky. 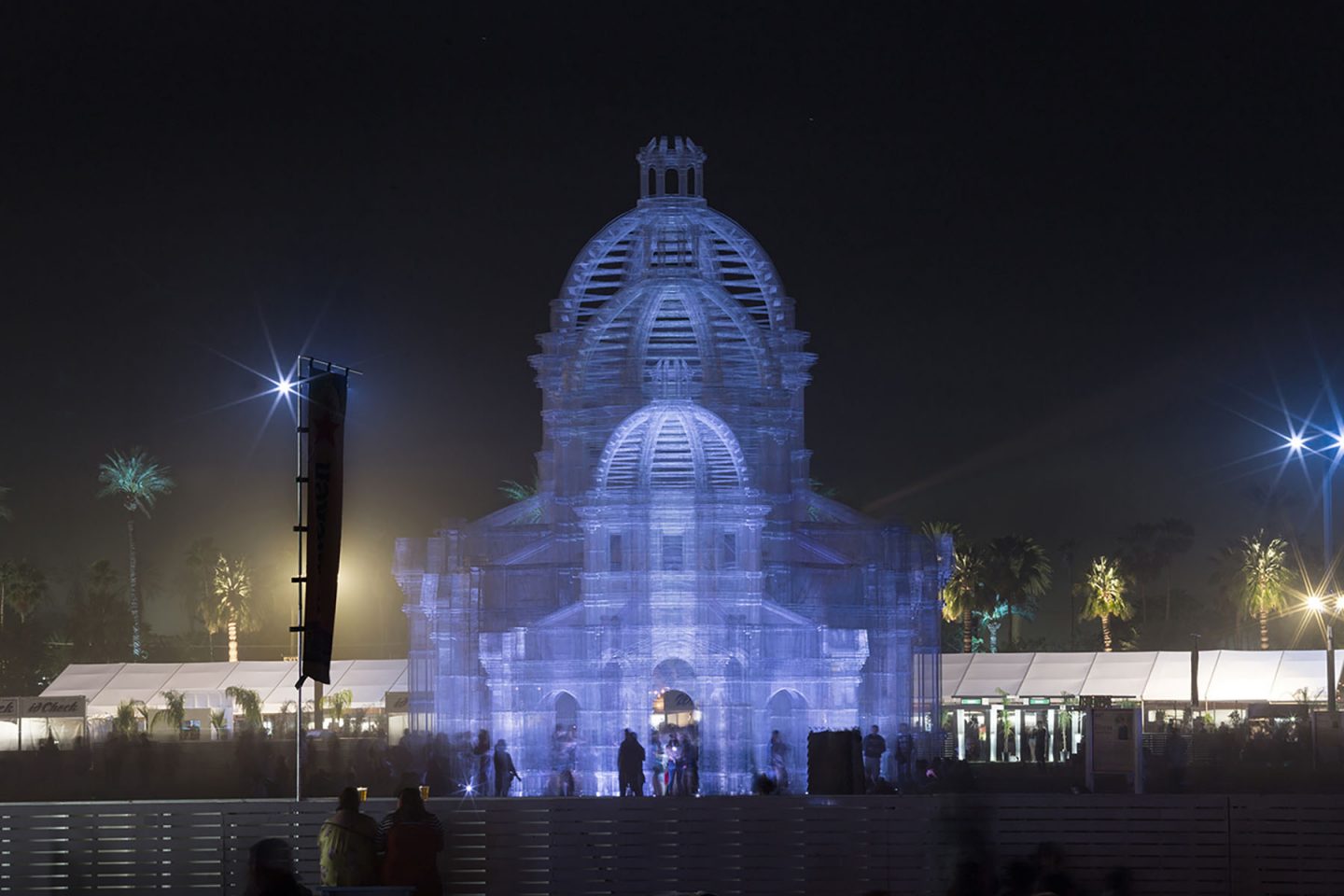 In 2015, Edoardo’s collaborated with street artist Gonzalo Borondo creating Chained, a piece that combines a mural and wire mesh sculpture depicting a man climbing out of a wall, transitioning from a 2D mural to a 3D sculpture. The piece was created for the art event organized by Wunderkammern Gallery who invited nine important urban artists to create outdoor installations in the city of Milan. 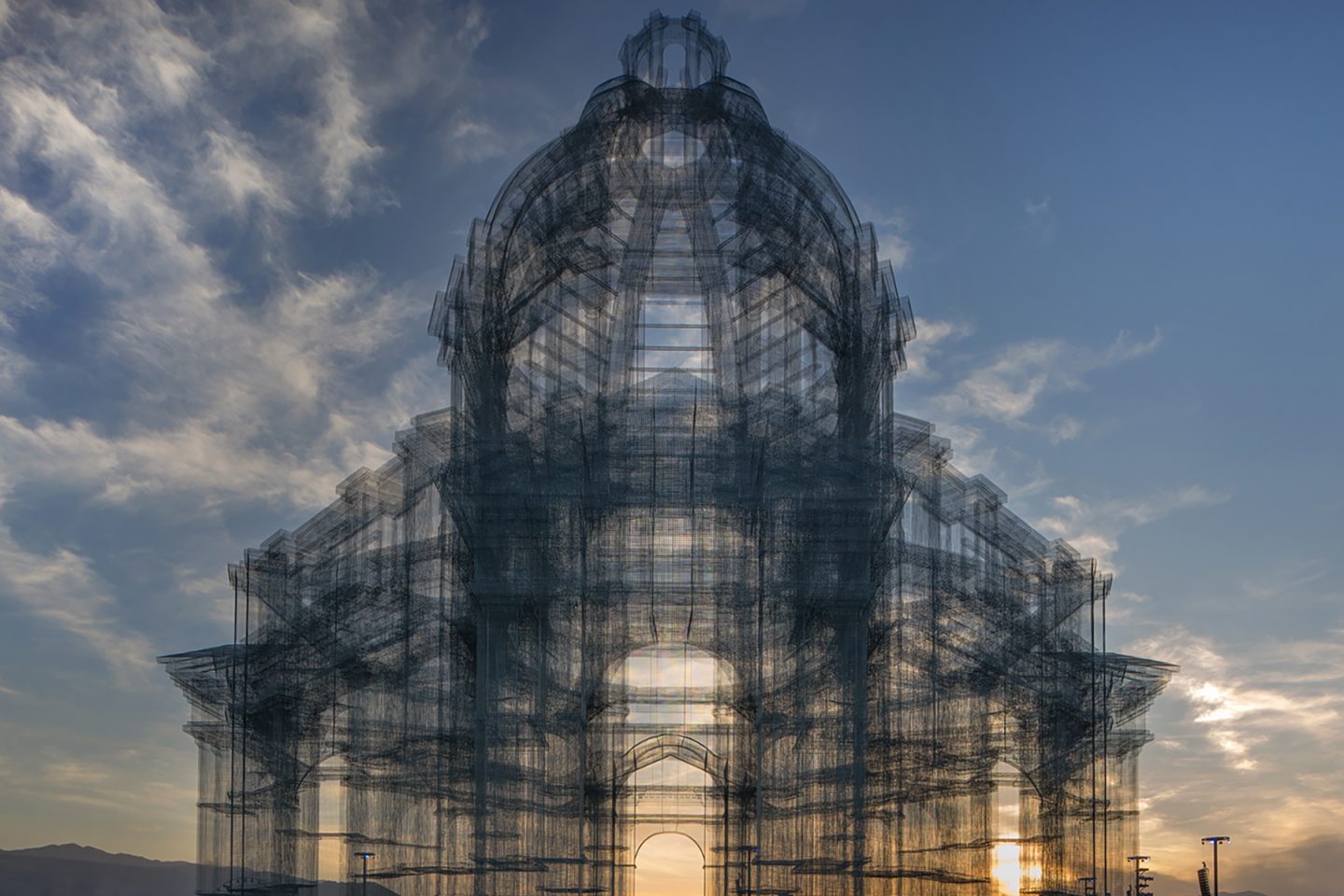 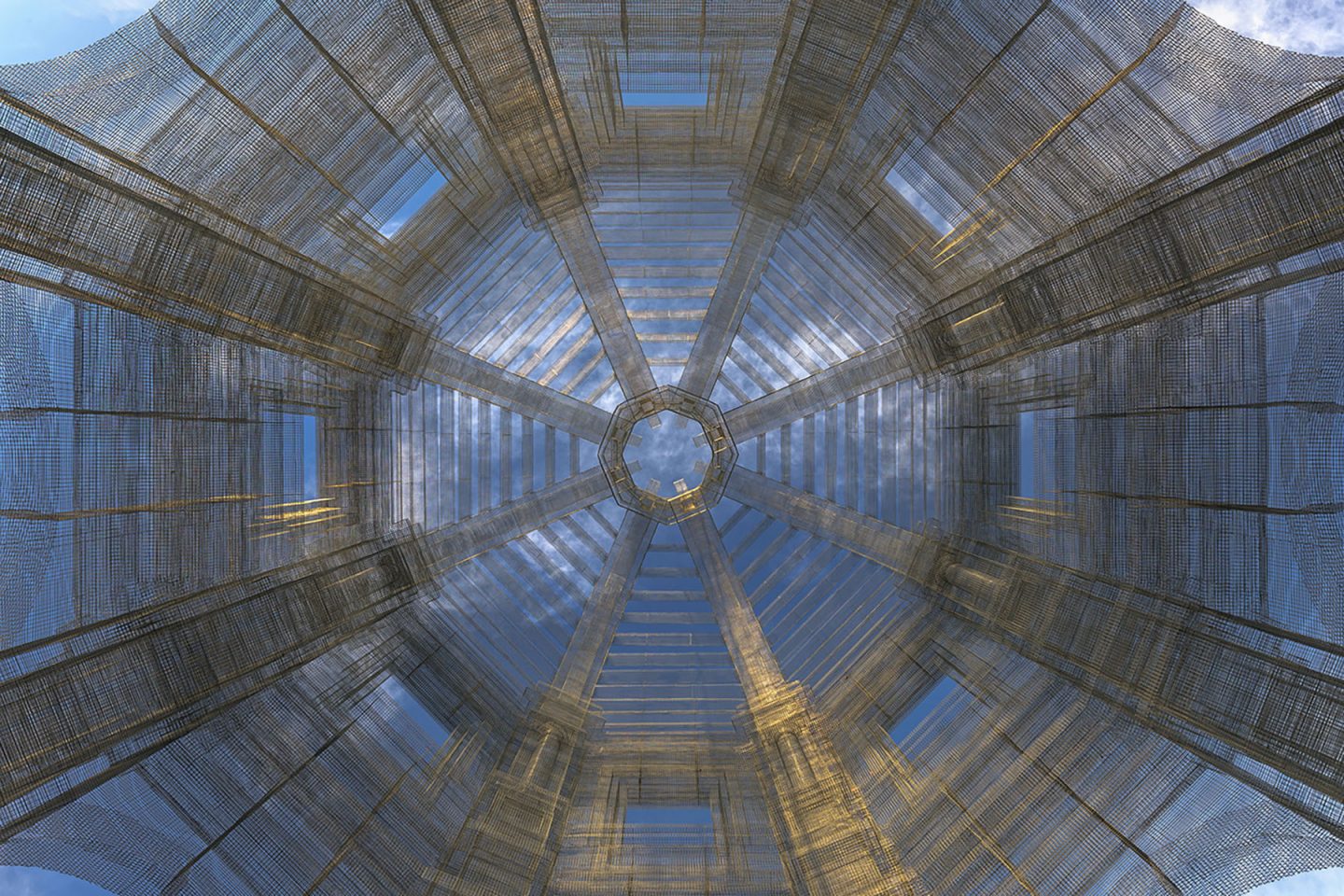 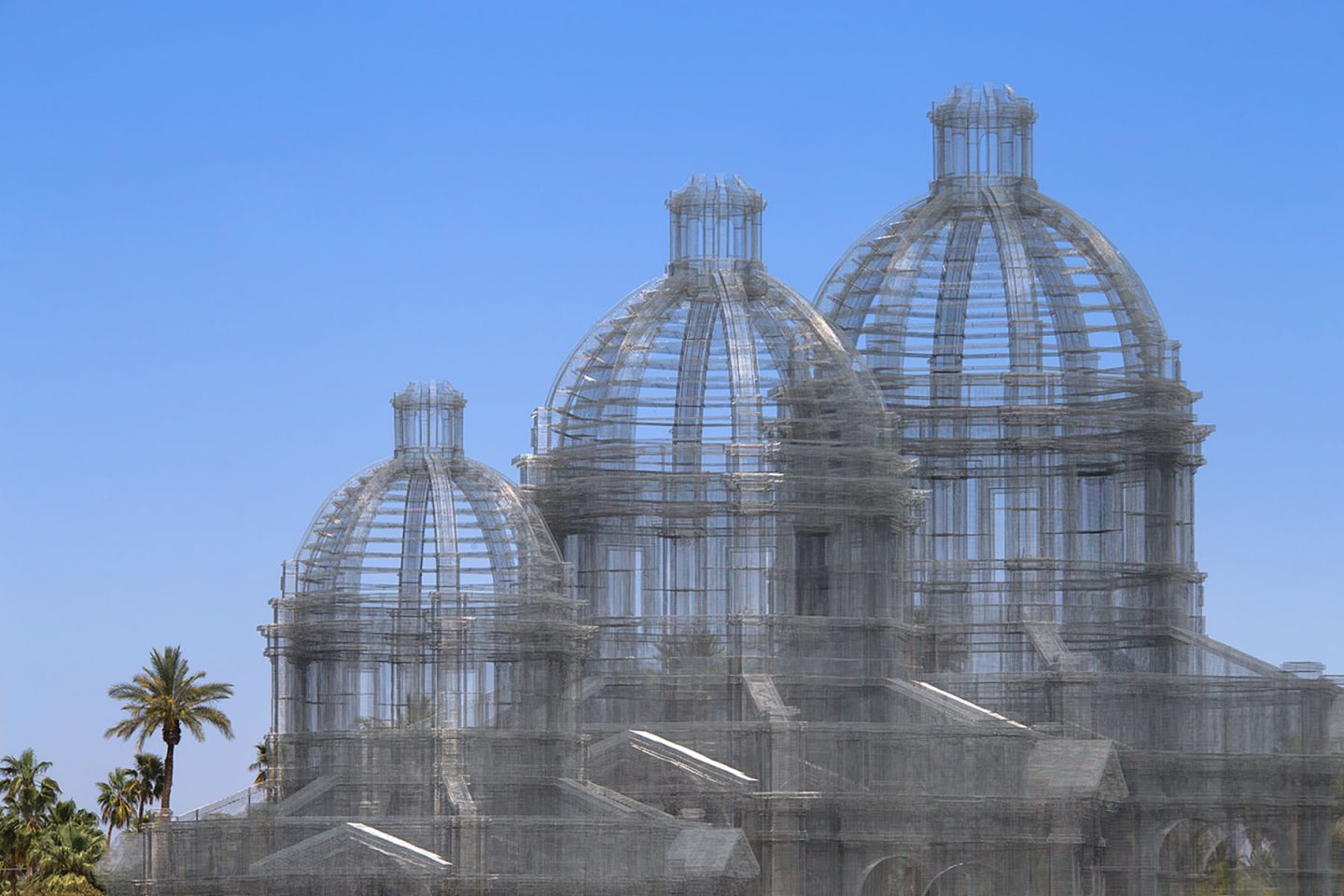