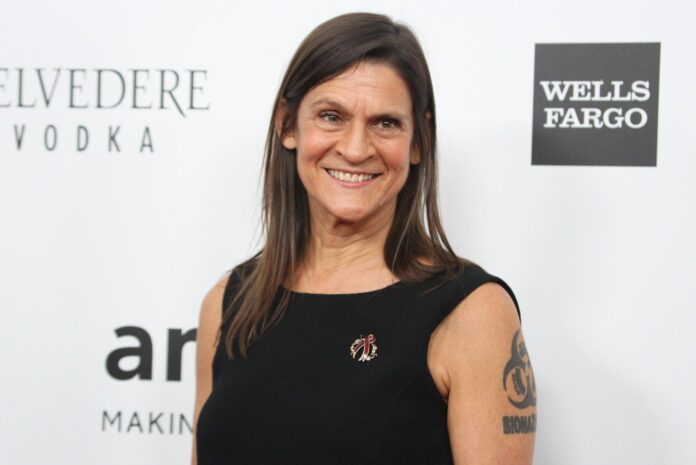 An American oil heiress founded the group that funded the recent series of climate activism demonstrations across the UK, details of which emerged after a protest at the National Gallery in London on 14 October, where two activists from the Just Stop Oil campaign threw tomato soup on Vincent van Gogh’s Sunflowers (1888).

Aileen Getty—the granddaughter of J. Paul Getty, the oil tycoon and founder of the Getty Museum in Los Angeles—co-founded the non-profit Climate Emergency Fund (CEF) in 2019 and has reportedly donated $1m of her personal wealth to be used to support environmental activist groups, including Just Stop Oil and Extinction Rebellion.

Their groups’ connection to an oil heiress has inadvertently heightened criticism around the nature of the protests, which have on occasion involved the vandalism of artworks and sometimes targeted institutions with no ties to funders involved in the fossil fuel industry. For example, the National Gallery announced in February that it would cease receiving funding from British Petroleum (BP) after their contract expires in December this year.

Just Stop Oil has staged various high-profile demonstrations in public spaces and particularly museums. Before the tomato soup stunt, activists had glued themselves to the frames of prized paintings such as Constable’s The Hay Wain (1821) at the National Gallery, Horatio McCulloch’s My Heart’s In The Highlands (1860) at Kelvingrove Art Gallery and Museum, J.M.W. Turner’s Tomson’s Aeolian Harp (1809) at the Manchester Art Gallery and others.

Aileen Getty has not personally worked in the oil industry and has poured much of her fortune into philanthropic ventures related to the climate crisis. Getty Oil sold its oil reserves to Texaco in 1984. The Aileen Getty Foundation “supports organisations and individuals around the world committed to responding to the climate emergency and treating our planet and its inhabitants with kindness and respect”, according to the foundation’s website.

In a statement to The Art Newspaper, the CEF emphasises that its “goal is to support movements that demand governments and institutions step up to protect humanity and all life on our planet”.

CEF adds: “The first step, which must be taken immediately by all governments, is to stop the expansion of fossil fuel infrastructure. CEF supports non-violent, legal, disruptive activism, which we believe is the fastest way to spur transformative change. Through recruitment, training and capacity building, we make strategic investments in emerging organisations like […] Just Stop Oil that are working to keep our climate at the forefront of the conversation and put pressure on governments to treat the climate emergency with urgency.”

CEF has announced that October 2022 is a month of “sustained, disruptive protest” in 11 countries. The organisation accepts donations and has received significant funding from various famous donors, including a $4m pledge from the American film-maker Adam McKay—best known for the climate disaster metaphor film Don’t Look Up (2021)—who joined the board of directors for the fund in September.

The CEF published a statement on social media last week in response to various conspiracy theories that emerged after it was widely reported that its founder is an oil heiress: “Seeing a lot of hate for our co-founder Aileen Getty. First of all, Aileen was never in the fossil fuel industry. That’s her family. But she is wealthy. So ask yourself: if you were in her shoes, how would you use your money for good? Aileen’s answer has been to become a philanthropic leader [who] co-founded CEF and has donated over a million dollars to brave climate activists. We don’t tell them what to do. We support them.”

How Do You Know If an Artist Is Good Enough to Date? [Cartoon]