Home News 7 Ways Cats Have Conquered Art History, From the Mummified Mousers of... 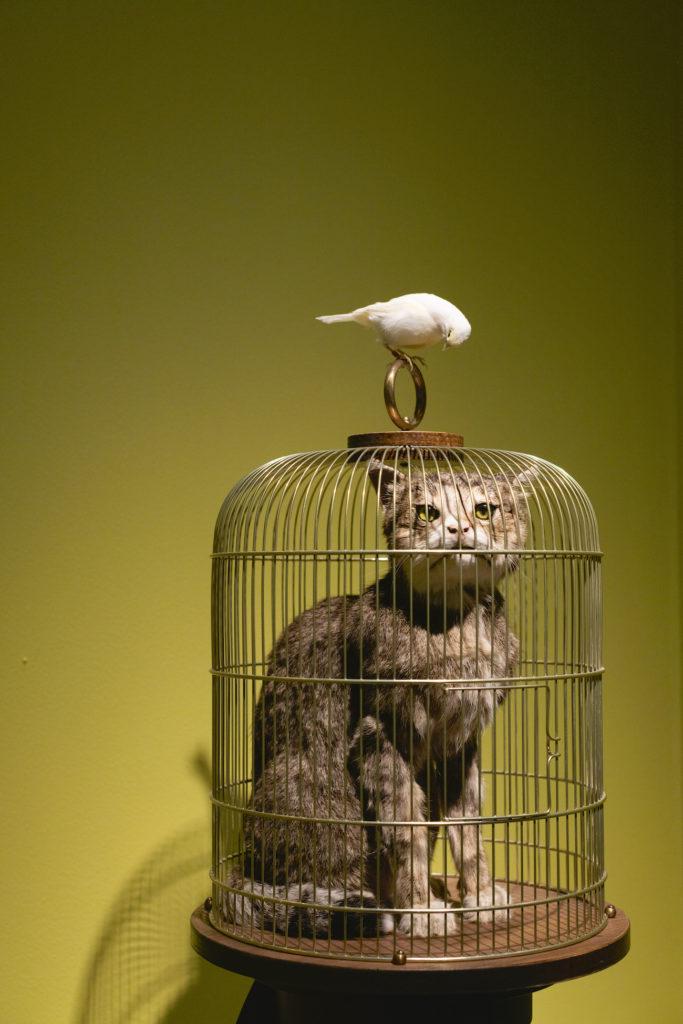 Artists have long obsessed over cats. The furry felines have adorned everything from cave walls to canvases, thought to symbolize deities, but also laziness, aloofness, and even stupidity.

Not long ago, Maria Bustillos’s aptly titled book Cat Is Art Spelled Wrong (2015) argued that our obsession with felines mimics a desire for self-expression, “centered in the fact that cats are both beautiful and absurd.” Ultimately, what makes cats such interesting and enduring subjects for artists is that their behaviors seem so close to ours.

In the process, cats have become bona-fide art stars in their own right. We’ve rounded up some of our favorite felines from across art history, attempting to explain why cats have become the purrfect subject for artists.

1. Cats Are Super Cute and Playful

Studies of cats, 1513-1515 (1954). Found in the collection of the Royal Library, Windsor Castle, Windsor. A print from Leonardo da Vinci by Ludwig H Heydenreich, (London, 1954). Photo by The Print Collector/Print Collector/Getty Images.

Leonardo da Vinci’s study constructs an homage to cats with the artist’s typical playfulness, depicted here frolicking and spiriting across the page. As a student of science and nature, Leonardo’s interpretation of cats’ behavior shows them both in pairs and alone, pensive and ready to kill, and always adorable. 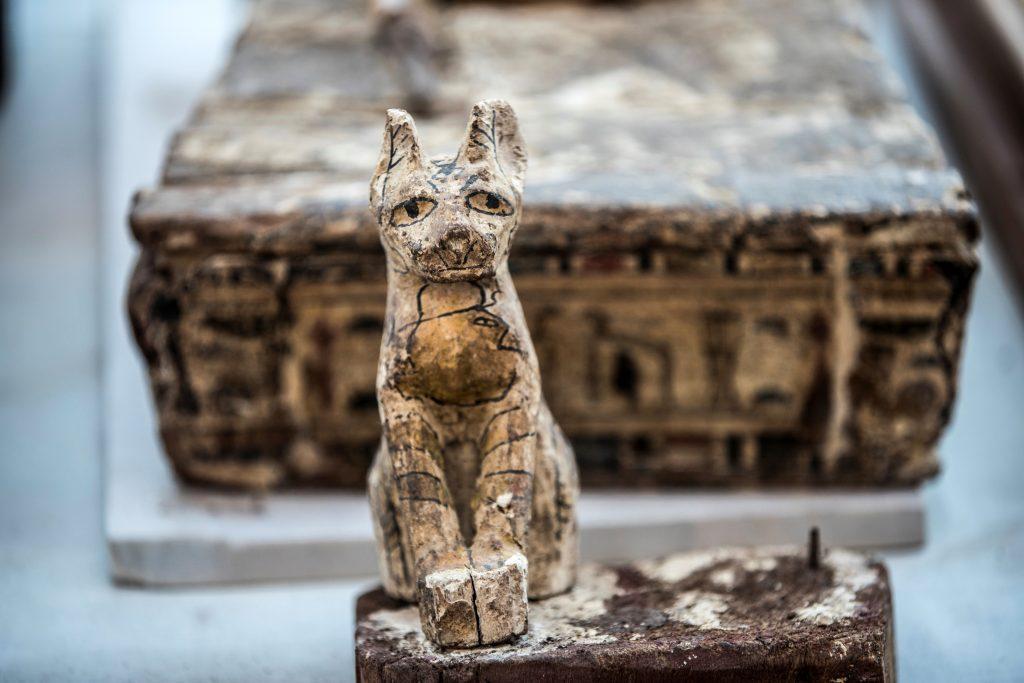 It wouldn’t be a cats listicle without a mention of ancient Egypt. The pharaohs were known for their fondness of cats, and the belief that they possessed a magical and spectral energy, capable of bringing untold secrets to those who domesticated them. Accordingly, wealthy Egyptian families would adorn their cats in fineries and jewels, even providing them meals befitting of royalty. They are immortalized in burial objects and some were even mummified, the remains of which can fetch more than upper six figures at auction.

3. They’re Famous on the Internet 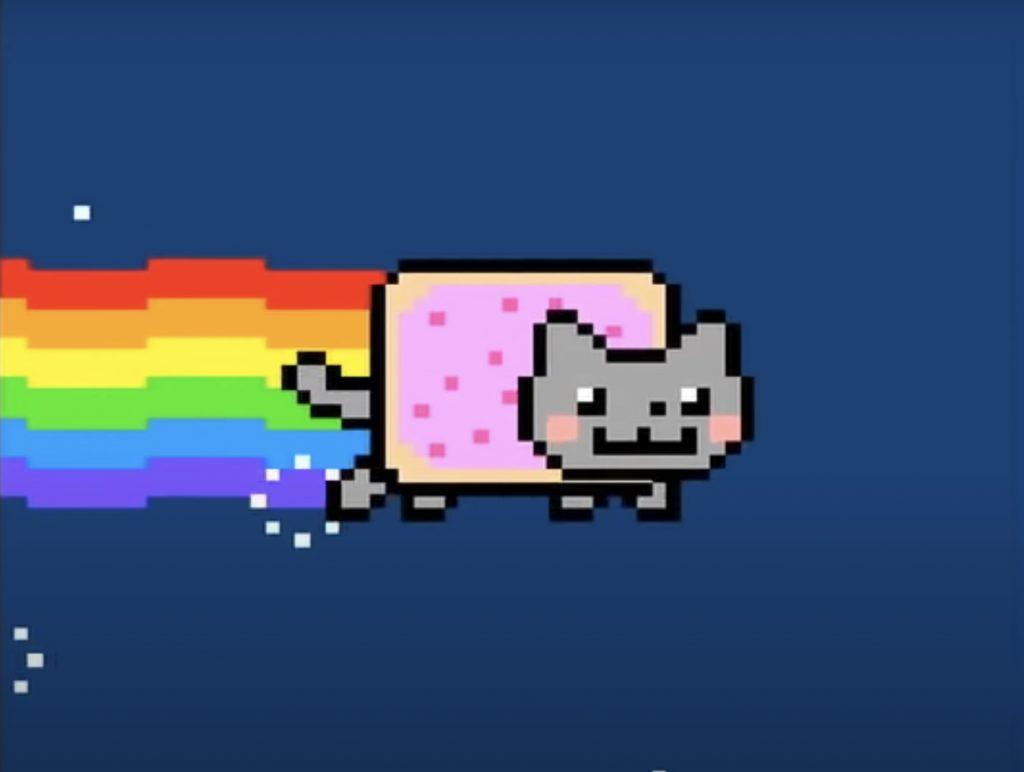 Cats were not only powerful in ancient times—they’re also rainmakers on the internet today. Take Chris Torres’s “Nyan Cat” GIF created in 2011. The image (a digital GIF) consists of a quirky flying space cat with a rainbow coming out of its ass, which achieved viral fame after it was posted to YouTube. In February 2021, during the Great NFT Boom (and then Bust), it was reported that Torres sold the Nyan Cat GIF as an NFT, netting him 300 ether, then the equivalent to about $587,000. Not bad for a quick image posted on the internet.

4. Art Nouveau But Make It Purr 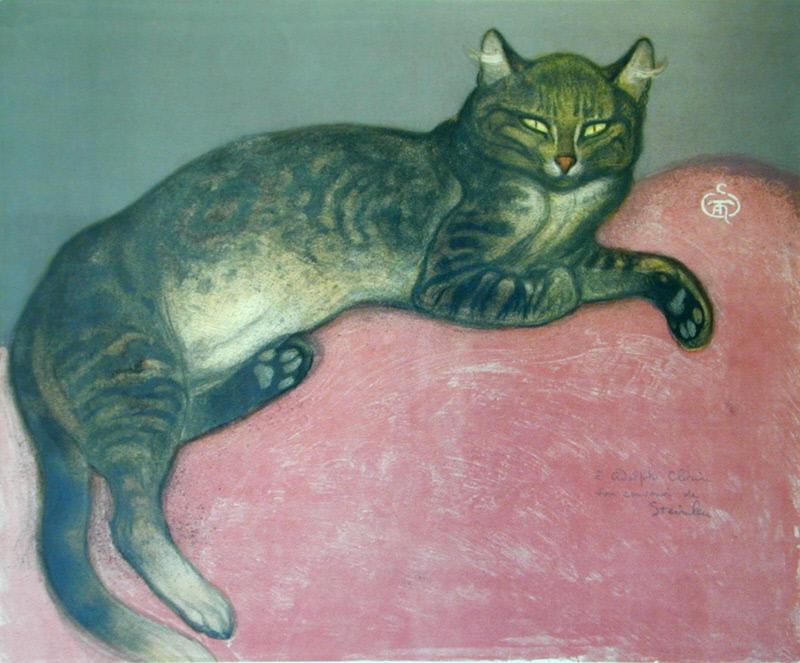 While it may feel that we are oversaturated with cats on the internet today, it’s worth remembering that there was a time when cats were just as famous without the aid of fibre-optic cables. From the annals of art nouveau poster art in Paris in the early 20th century, the image that still adorns nearly every aspiring English lit student’s wall is Theophile Steinlen’s advertisement for a cabaret in Paris, which features a prominently seated black cat. Slightly less well known, however—and one of our personal favorites—is Steinlen’s (1909), depicting a stately looking feline staring with half open yellow eyes off into the distance. 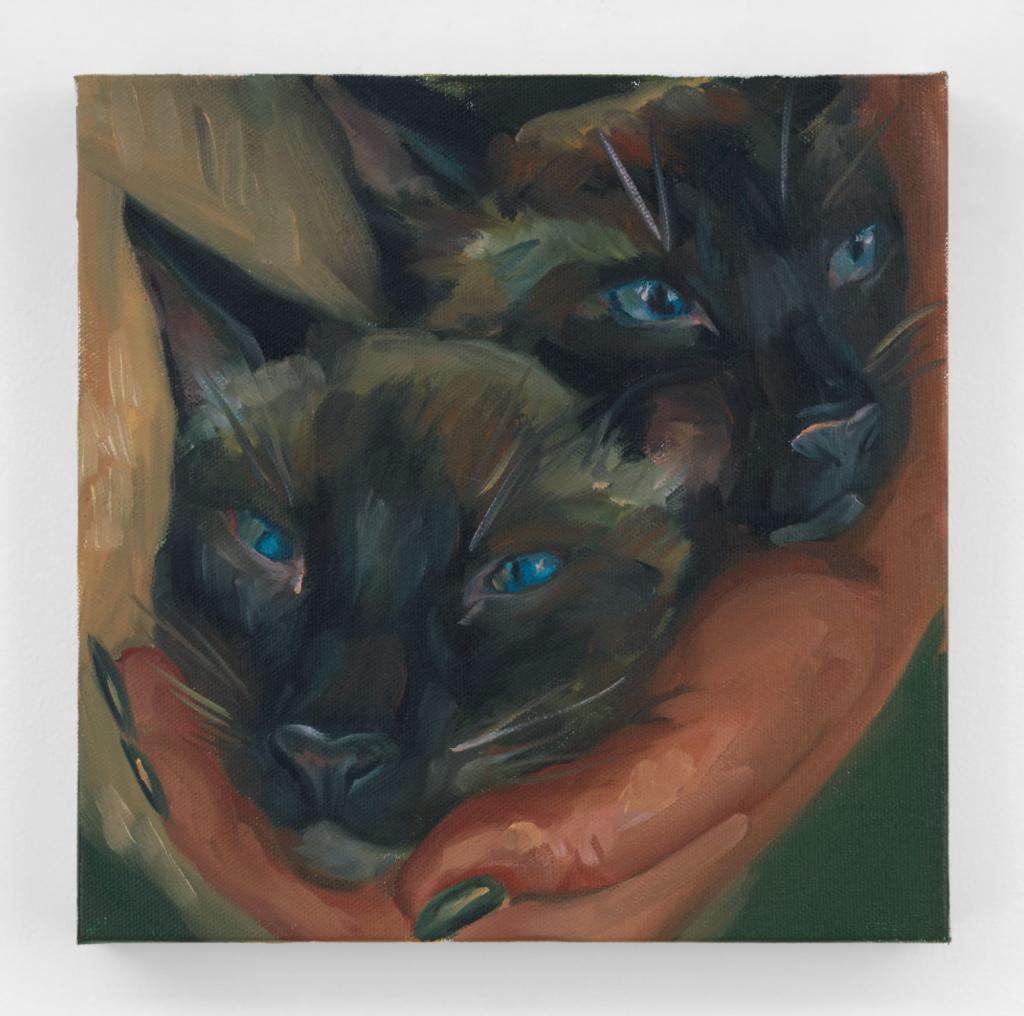 The obsession extends to contemporary artists, such as Chloe Wise, who has turned her two feline BFFs (Hans and Pluto) into denizens of Instagram fame. Wise’s cats are not just pets, they are extensions of her online persona, so much so that Hans and Pluto may be deserving of a solo show at Almine Rech all their own. Cats on the ‘gram may not be the most original, but who cares? See #1.

6. They Make for Good Docu Drama 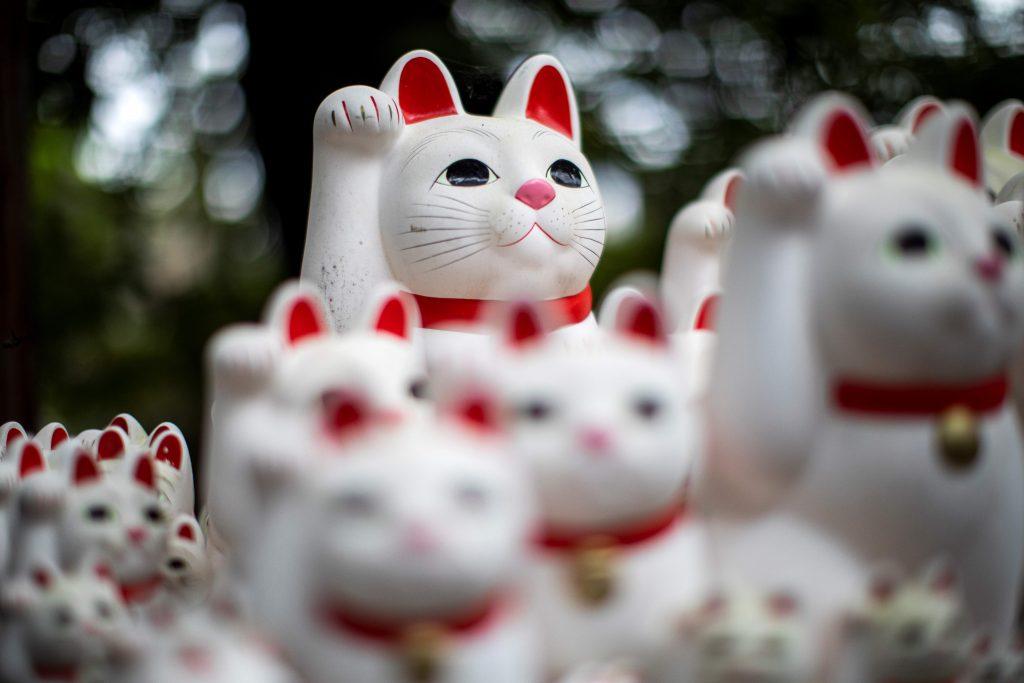 Maneki-neko statues, also known as beckoning cat, are seen at a temple during International Cat Day in Tokyo on August 8, 2020. Tokyo’s Gotokuji temple has long attracted visitors with its thousands of figurines of beckoning white cats, thought to bring good luck. Photo by Behrouz Mehri/AFP via Getty Images.

For those with more high-brow aesthetics, look no further than French filmmaker Chris Marker’s remarkable art house documentary (1983). It was in part shot in Japan at a cat shrine, the curiously cute and creepy toy cats that continuously wave their paws up and down, also known as the “beckoning cat.”

7. They Inspire Art Writers, Too 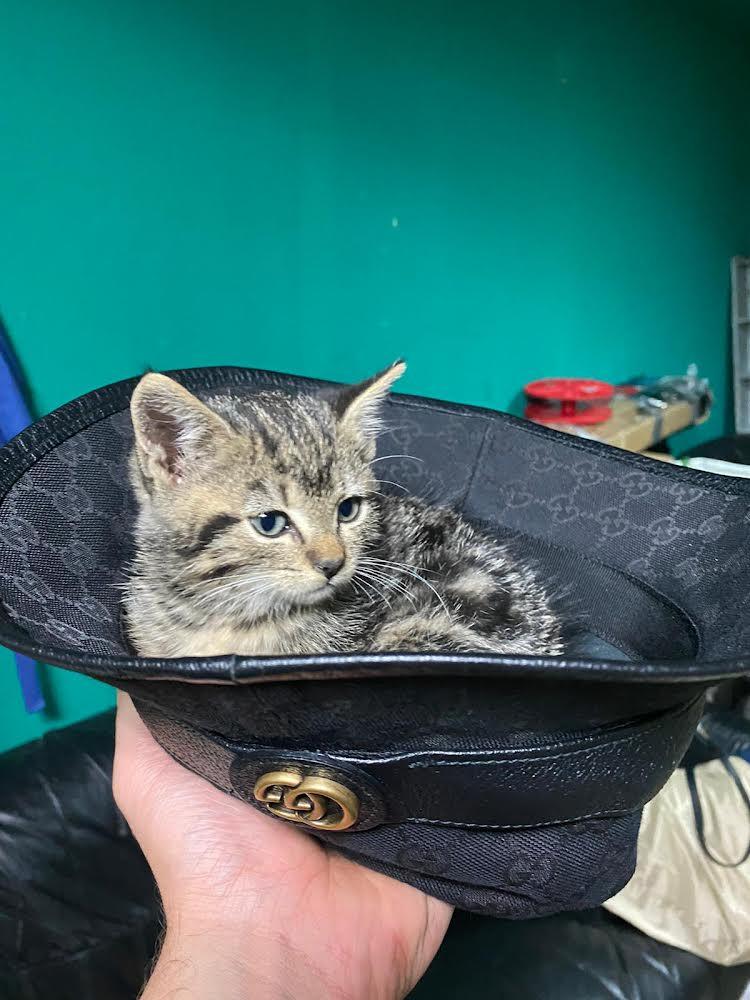 I found and temporarily adopted this adorable furry kitten, Lil Oracle, at a performance of the Young Boy Dancing Group, a troupe known for performing with lasers in their butts, in Zagreb, Croatia, in 2021. Since I was on assignment for Artnet News at the time, the cat moved into my Gucci hat for a few days. She wanted Chanel, but had to settle.

All told, with more than 3,500 years of art history to their name, it appears the frisky felines have cemented their place as one of art history’s most beloved animals. Here’s to another 3,500 years—meowing and purring, from stone to the throne, cats rule!

Can a Nightclub Be Art? The Museum of London Has Named Fabric, the Onetime Superclub, Its First ‘Nightclub-in-Residence’