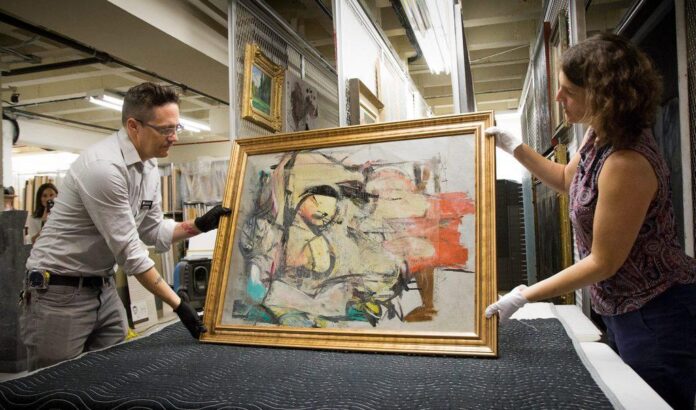 A Willem de Kooning painting that was stolen from the University of Arizona Museum of Art in 1985 has finally returned home.

A New Mexico gallery called Manzanita Ridge Furniture and Antiques found Woman-Ochre (1954-55) in 2017 among the possessions of Jerry and Rita Alter, whose estate it had bought for $2,000 after they both died.

The museum’s interim director, Olivia Miller, recalled the moment she arrived in Silver City to see the long-lost work. “I was able to kneel down on the floor in front of it and take it in. It was a really special moment.”

“Seeing it come back was this moment of relief and peace of mind,” she said. “Everyone on campus is excited, everyone at the Getty is excited. The fact that one painting can make all these people come together is—I don’t know—there really are not words for it.” 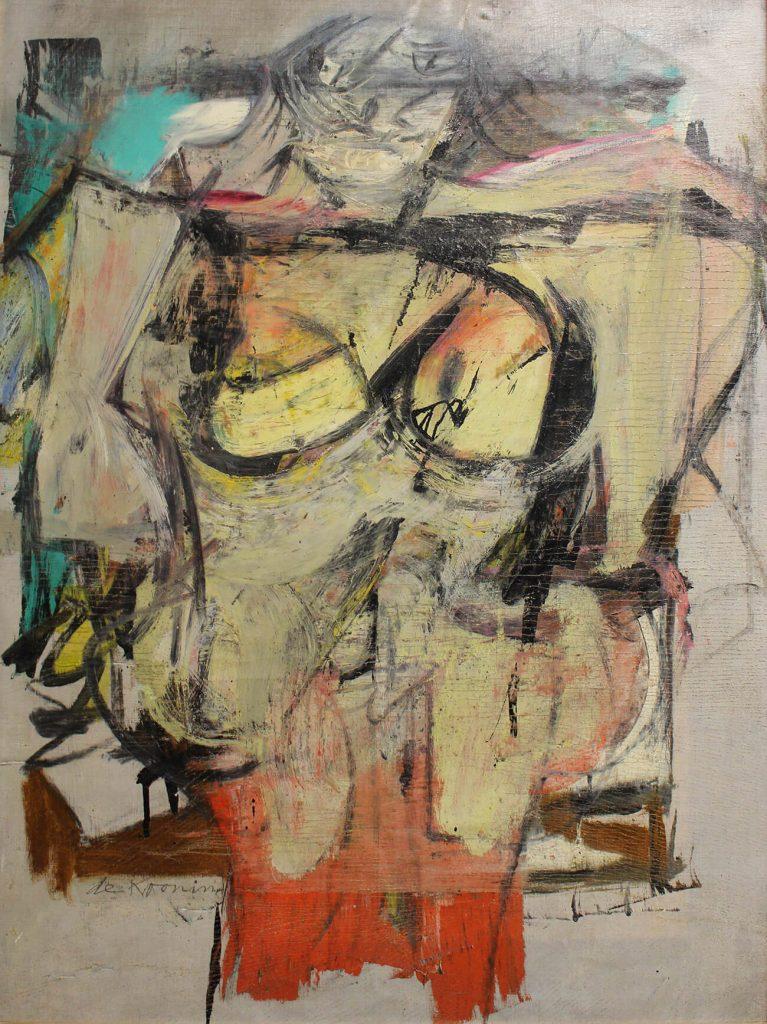 Willem de Kooning’s (1954–55) in August 2017, shortly after it was recovered in New Mexico and returned to the University of Arizona Museum of Art. ©2019 the Willem de Kooning Foundation/Artists Rights Society (ARS), New York.

The Alters, who were schoolteachers, are now believed to have stolen the work in broad daylight, the day after Thanksgiving, with Rita distracting the security guards so that Jerry could cut the painting out of its frame. The heist only took 15 minutes.

This rough treatment came at a cost, causing significant harm to the painting which is today valued at $100 million. The painting underwent a complex restoration process, performed free of charge by the Getty.

“The brutal way in which it was ripped from its lining caused severe paint flaking and tears, not to mention the damage caused by the blade that was used to slice it from its frame,” said the Getty’s senior paintings conservator, Ulrich Birkmaier.

The process involved removing several layers of varnish, re-bonding the flaking paint, and using precise dental tools and minuscule quantities of paint to fill in the rips and tears. Afterward, it went on public display at the Getty over the summer.

Woman-Ochre is from the artist’s “Woman” series. It will be publicly exhibited at the Arizona museum from October 8 and will appear In a documentary film, , which offers further insight into the Alters, and will be screened at Centennial Hall at 7 p.m. on October 6.