Home News A Former Director of Hauser & Wirth Has Big Dreams for the... 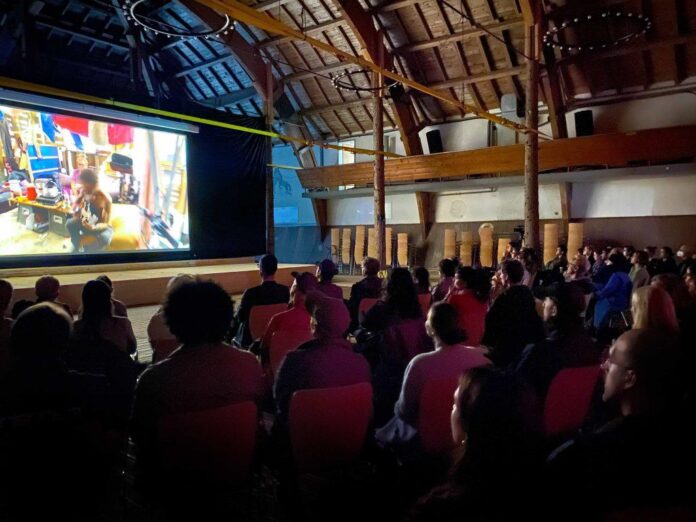 While video art may be a museum favorite, market success does not always follow. That is according to Stefano Rabolli Pansera, a former director at Hauser & Wirth, who recently left his position at the gallery’s St. Moritz outpost to pursue greener pastures at an Asian museum focused on the medium.

Just before departing from the gallery behemoth for a top-secret role as the director of an institution in the region, Pansera was still in St. Moritz at the end of August, inaugurating a new non-commercial, non-profit festival dedicated to exploring video art and experimental film.

Pansera told Artnet News that he thinks the market for video art is ripe for growth and that the advent of NFTs will be a boon for the medium. “Video art could be ideally traded as NFTs or with cryptocurrency,” he said. Indeed, Hollywood celebrities have been among the rich and famous swapping their profile pics on social media for Bored Ape NFTs.

Pansera, who has been at Hauser & Wirth since 2017, has long been interested in video art as a collector himself. During his tenure at the gallery, while he worked with the likes of filmic pioneers Steven McQueen, Bill Viola, and Pierre Huyge, he noticed that the medium was still not getting the attention it deserved.

His gambit that there is desire for video art, especially in the collector-rich Engadin Valley, manifested as the film festival called SMAFF. The inaugural edition featured works by Jordan Wolfson, Adrian Paci, and Sonia Boyce—figures all more or less established in art circles, but whose contribution to film and video art is often less commonly known. His dedication to bringing attention to the medium has paid off in more ways than one: his latest career move was prompted by a major sale he made to an Asian collector.

“I am fascinated by the moving images as a tool for understanding our world and to address specific philosophical questions,” said Pansera.

While the festival is leagues smaller than an event like Sundance, it did have its share of niche art world star power: artist and director Julian Schnabel gave a run-of-the-mill speech about the making of (1999) film, then showed up to a dinner at the Badrutt Palace in painter’s overalls. Former Documenta 2017 curator, Adam Szymczyk, was seen late into the night at the Dracula Club, while @Scripted_Fantasy, otherwise known as Lukas Amacher, curator of 1of1.works, stalwart of an NFT collection that includes major works by the likes of Beeple and Mad Dog Jones, moonlit as one of SMAFF’s opening night DJs.

While there is no commercial purpose for the film festival, it will surely have an indirect effect of piquing the interest of those with deep pockets who live in the area.

“There is great possibility to expand the commercial outreach,” of video art in general, said Pansera.