Home News A Group Of Young Thieves Are Posing as Art Students to Rob... 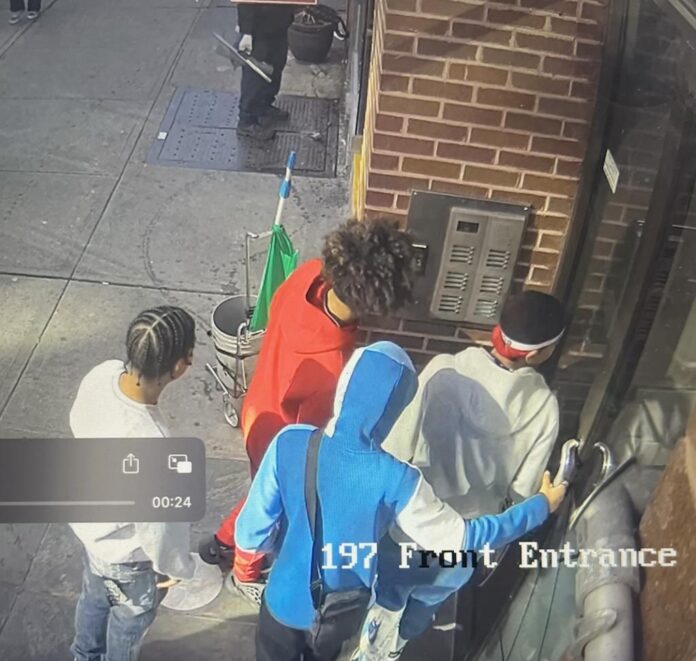 Over the weekend, a group of young men committed a string of robberies at galleries on the Lower East Side. Betty Cunningham, Nicodim, and at least three other spaces reported that the thieves, who looked like teenagers, distracted the staff by asking questions about the art and then stole items such as handbags, earbuds, and credit cards.

“Couple of kids asking real questions about the artwork,” wrote gallerist Cindy Rucker on the NADA Noodle, an online forum for members of the New Art Dealers Alliance.

“One distracted me while the other grabbed my AmEx out of my wallet. They even gave me their emails so I could send them JPEGS!” In the end, Rucker was able to cancel the card after they spent $40 on it at a nearby restaurant. Other dealers, however, didn’t get off so easily.

“Unfortunately, two young men came into the gallery yesterday posing as art students and managed to steal staff personal items,” read an email from the Lower East Side’s Betty Cunningham Gallery to its staff. The note went on to reveal that one such item was a wallet that had been taken from behind the front desk while another member of the group distracted staff.

Within 20 minutes, thousands of dollars had been spent on the staffer’s credit card before anyone realized what had happened.

Among the other galleries that have been targeted are Derosia, Nicodim Gallery, and Hashimoto Contemporary. The galleries reported the robberies to the police, but have yet to provide any updates on whether authorities have made any identifications or arrests.

No artwork has been reported stolen.

According to other gallerists in the area, the thieves were also spotted walking around Chelsea and Tribeca over the weekend. Takako Tanabe, whose gallery Ulterior is on the Lower East Side, wrote to the NADA Noodle this Monday that they had been at her gallery.

“Surprise, THEY CAME AGAIN to my space just now. This time, it was just two boys, and one had a bicycle,” Tanabe wrote. “They asked, ‘Is it a gallery?’ and I replied ‘Closed’ and shut the door.”