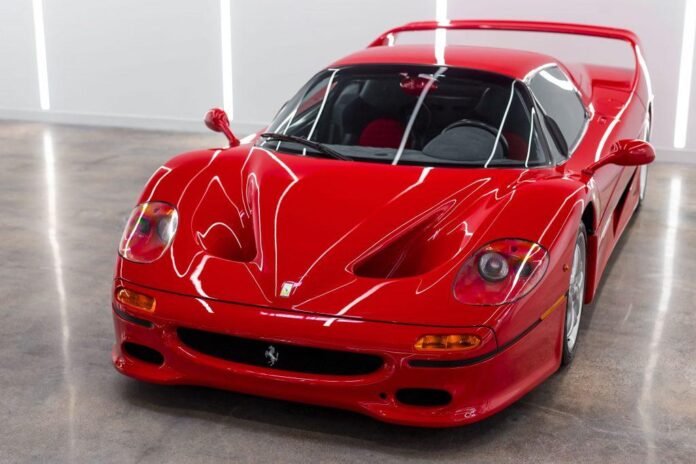 Nine Ferraris from 1973 through 2005 are headed to a live auction of 55 automobiles hosted by RM Sotheby’s in Miami on December 10. One near-pristine 1995 Ferrari F50 designed by Turin-based design firm Pininfarina leads the pack in technical specs, stylish construction, and price. Expected to fetch $5,500,000 to $6,500,000, this particular F50 is the eighth of only 349 examples produced at Ferrari’s Maranello headquarters between 1995 and 1998. It completed assembly in October 1995, and carries only 625 miles on its analog odometer to this day. 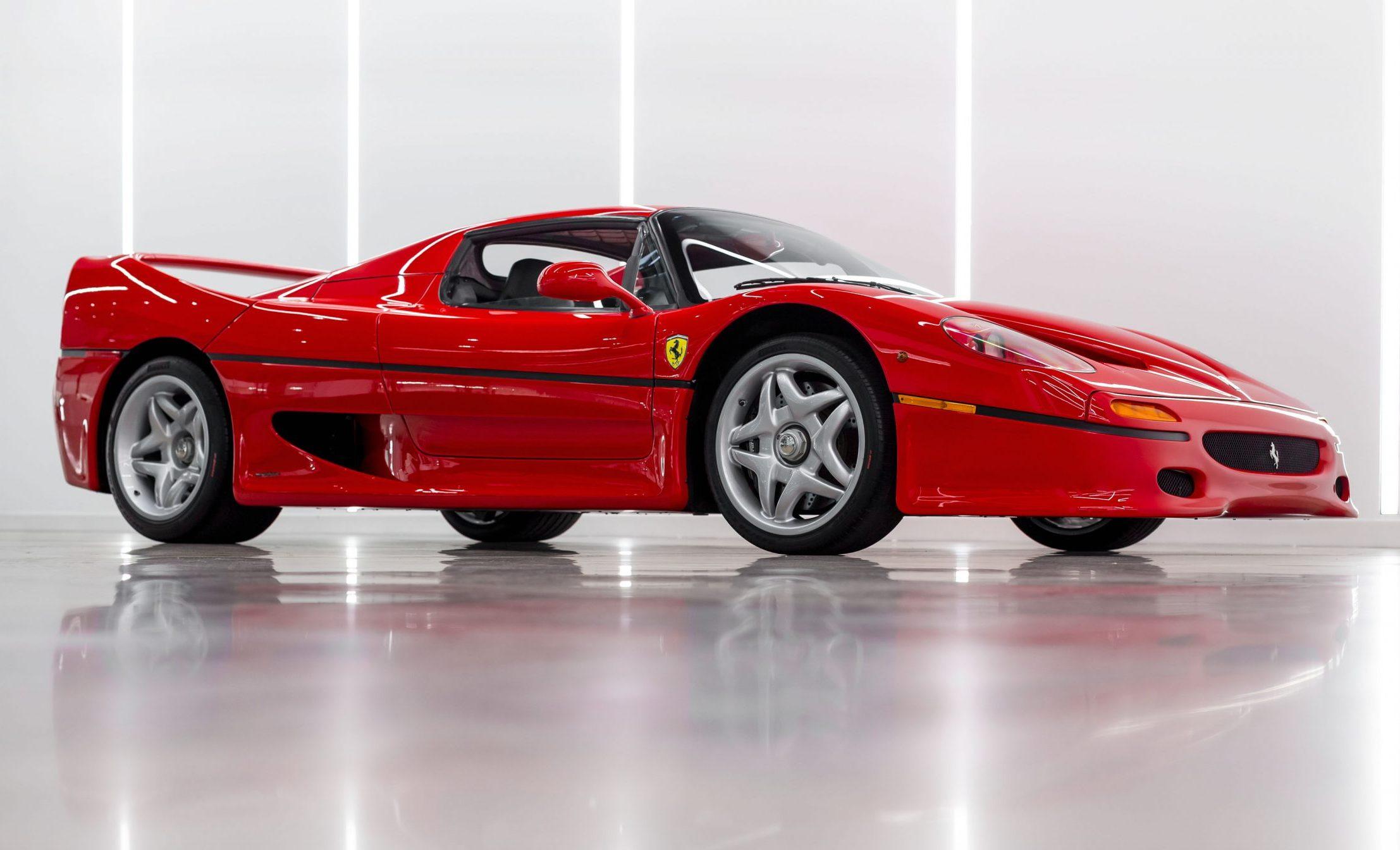 Ferrari launched the F50 ten years after producing 1,315 F40s to celebrate its 40th anniversary. “[The] engineers recognized that an even more superlative model would be necessary to properly commemorate the automaker’s soon-to-follow 50th anniversary,” RM Sotheby’s wrote. The F50 was born following four years at the drawing board, blending aesthetic edge with unbeatable specs, starting from the super light carbon-fiber tub of its chassis up to its clean, aerodynamic coachwork crafted from carbon fiber, Kevlar, and Nomex honeycomb.

Marking a new era, designers forewent 1980s motifs, turning instead to sports-racers from the 1950s and 1960s to envision the F50’s freer lines. Its removable targa roof unlocks a versatile silhouette. 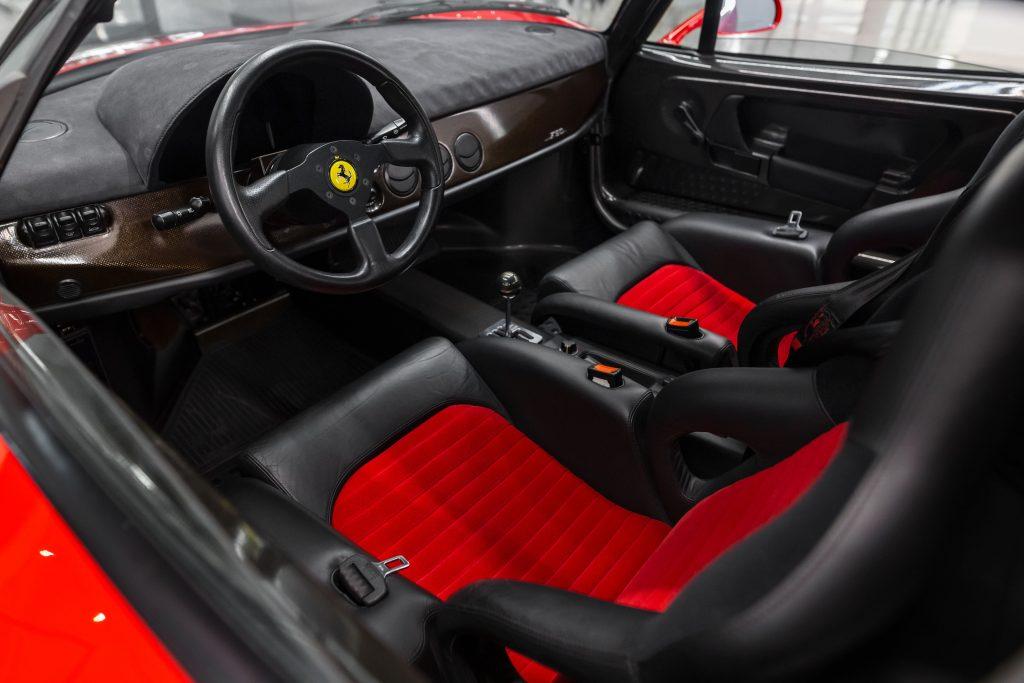 Beneath that beauty, a naturally aspirated 4.7-liter V-12 engine powers the F40 from its mid-rear—for optimal weight distribution and savings. That engine’s detuned, RM Sotheby’s said, “for more reasonable revving and tractable road manners.” That adds a dash of demurity to its 513 horsepower and 347 pound-feet of torque that enables the roadster to go from 0 to 60 mph in 3.6 seconds, with a maximum speed of 202 mph.

Brembo-made brakes topping 13 inches and anchored by aluminum pistons help inertia work the other way. In addition to Formula 1-style details, like its racing-style fuel bladder and LCD dashboard instruments, “the model was still appointed with creature comforts such as leather-trimmed seats, air conditioning, and adjustable ride height,” RM Sotheby’s noted in an email to Artnet News. 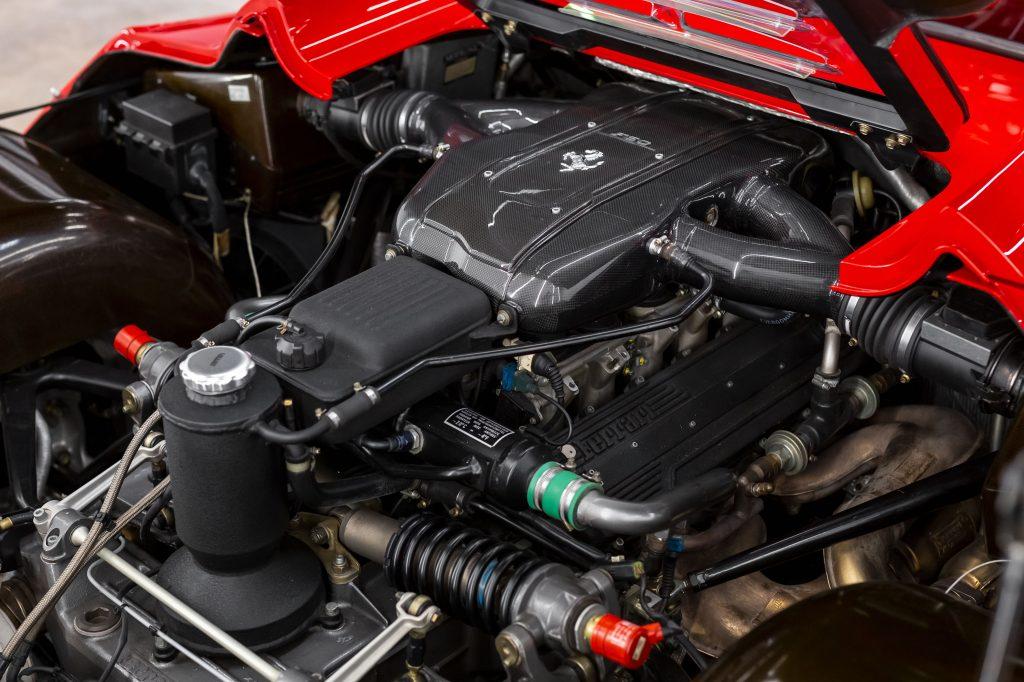 Ferrari fans completing their Big Five hypercar portfolio will need an F50 to seal the deal, but this isn’t your average ultra expensive, decked-out F50. Its mileage is so low because it’s only had two recorded owners. The principal at Hong Seh dealership, where this car was sent in November 1995, stored it in his home for 18 years before selling it to another Texas-based enthusiast in 2013.

That owner has gotten the car reliably serviced up through this October at Norwood Auto Italia of Carrollton, Texas, driving it only for exercise and the occasional joyride. As of June 2014, it’s also certified with a Ferrari Classiche Red Book.

This mint-condition Ferrari F50 will lead next weekend’s auction accompanied by its factory-issued fitted luggage, the case for its removable hardtop, and all expected paperwork.