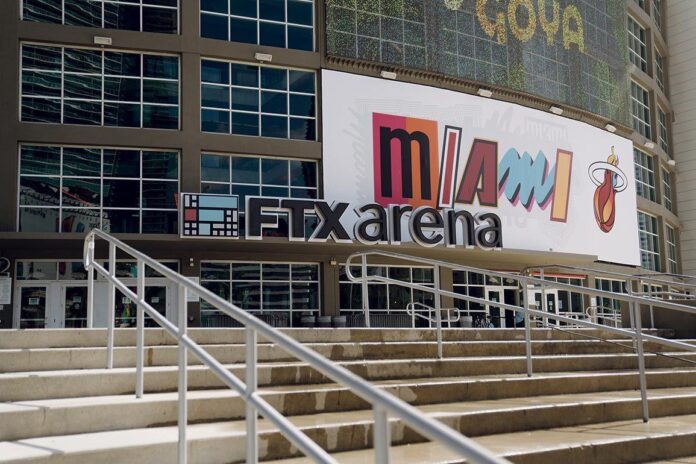 Last year, Galerie Nagel Draxler added a kiosk of NFTs (non-fungible tokens) to its stand of more traditional art at Art Basel in Miami Beach. This year, however, the Berlin-based gallery will forego the special kiosk. “Last year was the height of cryptomania,” says Nagel Draxler’s co-founder Saskia Draxler. This is not to say the gallery is done with NFTs, just that “98% of our business is non-digital art”. She adds: “We’re an art gallery, not a tech business.”

Marc Spiegler, the outgoing global director of Art Basel, points out that “last year, during the height of crypto, our post-fair research showed that around a dozen of our galleries participating in Art Basel Miami Beach accepted cryptocurrencies as payment. Given the recent volatility, one might assume that numbers haven’t risen or might even drop.”

Other galleries showing during Miami Art Week may have reached the same conclusion, which will be a disappointment to Miami mayor Francis Suarez, who in 2021 actively courted crypto investors and companies, as well as NFT artists, but has made no similar effort this year. “There is no loss of confidence in NFTs and crypto in the long-term,” says Erick Gavin, the executive director of Venture Miami, an economic development programme of the mayor’s office that focuses on technology to spur economic opportunities, “but there have been changes in the conversation”.

The bankruptcy filing of Bahamas-based crypto exchange FTX on 10 November was especially painful for Miami, in part because of Suarez’s promotion of the city as a crypto hub and FTX’s pledge to relocate its headquarters from Chicago to Miami. After the company’s bankruptcy announcement, the Miami Heat, the city’s professional basketball franchise, which plays at FTX Arena, began a search for a new naming rights partner for the stadium.

Beyond high-profile bankruptcy scandals, the crypto and NFT industries face regulatory issues, too. Cryptocurrencies such as Bitcoin, for instance, cannot be used to pay city real estate taxes. A few prospective buyers at last year’s Art Basel in Miami Beach sought to purchase physical works from Galerie Nagel Draxler’s stand with crypto, but Saskia Draxler refused for the same reason. “It isn’t a currency, and we cannot issue invoices in crypto,” she says.

As for the crypto investors who attended the fair, Draxler’s experience last year also was not wholly positive. “They didn’t come as clients; they wanted to promote their own businesses, having us get on to their platforms,” she says.

After the boom, a correction

Ric Edelman, the founder of the Virginia-based Digital Assets Council of Financial Professionals and author of the book The Truth About Crypto (2022), notes that there has been a year-long “crypto winter”, with FTX being but the largest and most recent entity to lose massive value or implode. “This is unfortunate timing for Art Basel,” Edelman says, “not an ideal moment for crypto proponents to show their wares.”

The link between diminishing values of digital assets and NFTs, both of which involve blockchain transactions, has been part of the reason for the market’s downturn, as well as “unsustainable” growth, he says. “Prices declined such a great deal because they rose such a great deal. People got ahead of their skis.” Still, he adds, “the fundamental concept of digital art is growing at an exponential rate”.

The decline in cryptocurrency values and NFT sales has not deterred Pace Gallery. It launched Pace Verso in 2021, which works with artists—some, like Loie Hollowell and Tara Donovan, who are represented by the gallery, others who are not—to create NFTs.

A spokesperson for Pace Verso says that the gallery has “used the downtime of the bear market” to work with Pace’s “traditional gallery artists to create generative NFTs that are an extension of their practices to reach new audiences”.

Pace Verso will showcase some of its projects at “The Gateway: A Web3 Metropolis”, an NFT and crypto conference in downtown Miami this week, as will Christie’s.