Home News A New Show at the Prada Foundation in Milan Examines the Use... 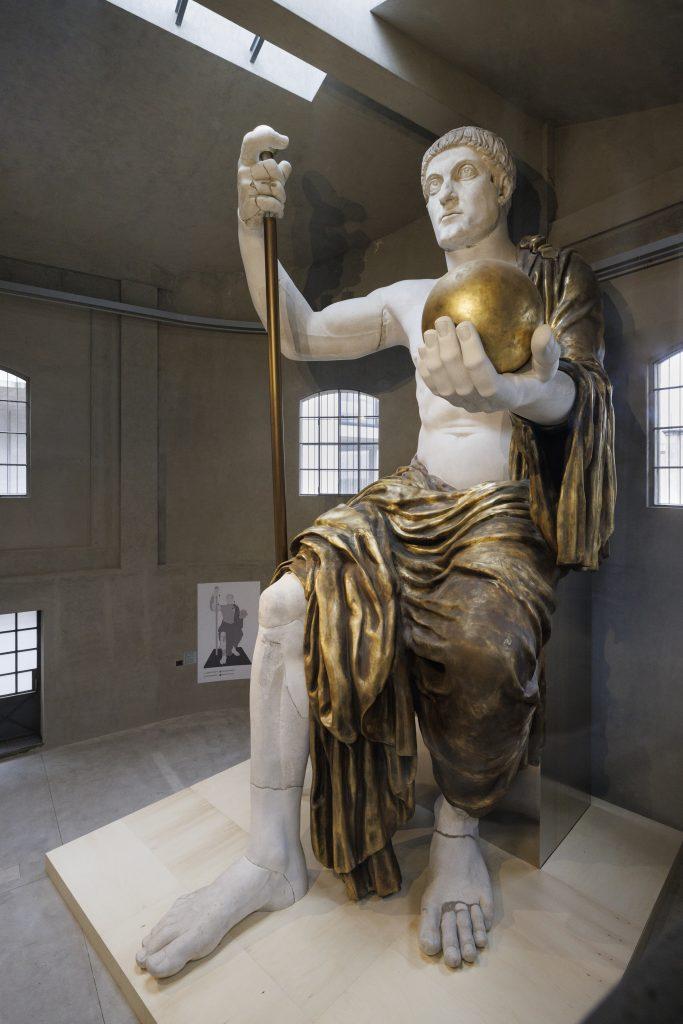 Recycling. We all know its virtues by now. Peppa Pig even had a hit song on the subject. Yet it’s still amusing to come across this most mundane of terms applied to an audacious new exhibition of Classical Greek and Roman art.

“Recycling Beauty” opened on November 16 at the Prada Foundation in Milan (runs until February 27, 2023). Curated by Salvatore Settis and Anna Anguissola with Denise La Monica, it assembles 64 artworks from international and Italian museums, including the Louvre, the Uffizi, and the Vatican Museum. Sculptures in bronze and various kinds of marbles, gems, drawings and ivories are displayed across two of the Foundation’s sites, the Podium and the Cisterna.

Beautiful, these artworks certainly are. The bit about ‘recycling’ makes sense when you note that it is Rem Koolhaas/OMA who designed the show. The Dutch super-architect (and longtime Prada collaborator) is notoriously fond of applying quotidian ideas to high culture.

Recycling in the context of this show is about how the meaning of Classical antiquities might change depending on the context in which they’re viewed, or how they’ve been used in the past. 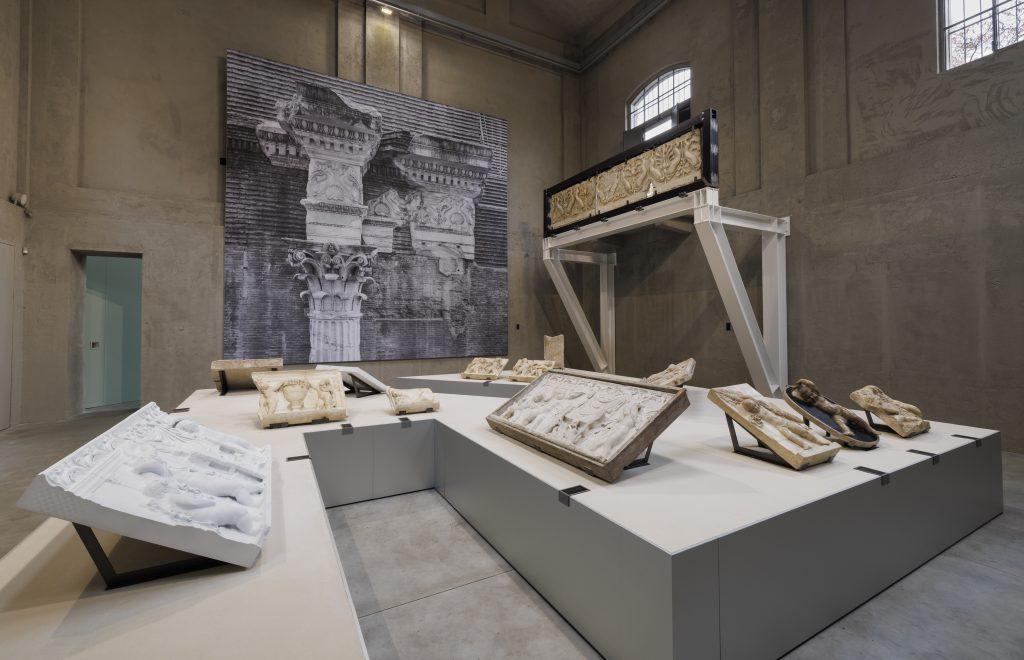 “Nothing is more common than recycling objects in everyday use, clothing, buildings,” said Settis, the exhibition’s curator and an Italian art historian formerly of L.A.’s Getty Center, “but when reuse is accompanied by the ostentation of reuse, it becomes necessary to ask questions about the reasons and methods.”

Take, for example, objects removed from Greco-Roman sites to new locations. Controversial as it might be to admit it, such removal has often ensured preservation. An example in “Recycling Beauty” is a marble mensa with a relief of Achilles’ life (4th century CE), which was moved to a basilica in Rome in the 13th century, enduring there for four centuries.

Other antiquities were created with one use in mind, only to be put to a different purpose, hundreds of years later; consider the 2nd-century CE tomb which only received a corpse in 1247.

Those who have collected and traded Classical artifacts down the centuries can also be said to have recontextualized it (to profitable ends, but still). A carved slab depicting an athlete and his servant zig-zagged, also seen in the show, traveled from Greece to Rome and on to a Cardinal’s private collection, before being chopped up and finally reassembled in the Vatican in 1957. Recycling? Call it that, if you like. 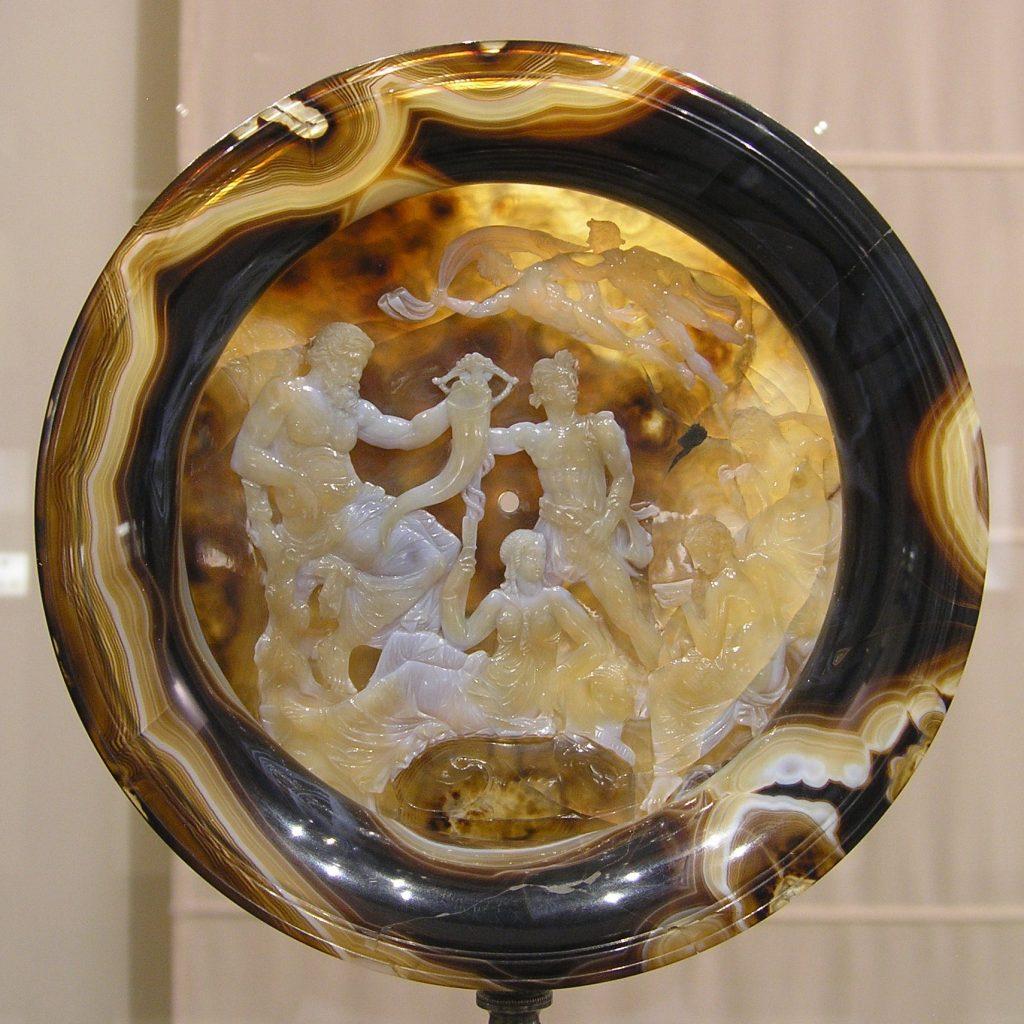 The Farnese Cup—a serious treasure, dating to 2nd century BCE, carved from multicolored agate and on loan from the National Museum in Naples—is given its own room, accompanied by a map recording its peregrinations between various European ruling dynasties. (More tour dates than Bob Dylan).

Recycling, then, has been something not just useful and essential for the preservation of precious objects, but a process that enhances them. Layers of meaning pile up.

“The works have multiple chronologies and meanings simultaneously,” commented Setta, “the original ones and those accumulated over time.” Consider a red stone latrine seat from the Roman Age—it went on to be used “for several centuries” for papal coronations, without any blushes. As Setta said, this is “the arbitrariness of interpretation.”

Koolhaas, meanwhile, does his own bit for recycling. Among the architect’s carefully calibrated vistas inside the two buildings—visitors are encouraged to see artifacts from afar, and also peer up-close—there are acrylic plinths here that were used by the architect in previous Prada Foundation presentations, dating as far back as 2015.