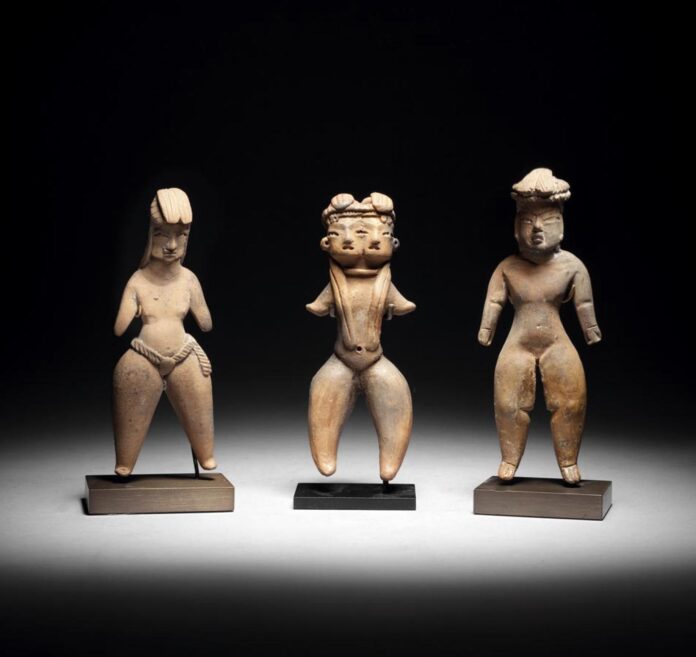 The Mexican federal culture bureau has denounced a French auction house for offering more than 60 pre-Columbian archaeological artefacts, urging it to “reflect on the ethical codes around the commercialisation of looted cultural assets that contribute to cultural dispossession”, according to a statement published by the National Institute of Anthropology and History (INAH) last week.

INAH has asked the Parisian auction house Giquello & Associés to “take into consideration the historical, symbolic and cultural value of the assets, which are superior to any commercial interest”. But the auction house claims it will proceed with the sale, scheduled to be held on 22 November and include exceptional ceramic sculptures from the Olmec and other pre-Hispanic cultures.

Mexican law has prohibited the extraction and export of archaeological artefacts since 1827. Because the legislation is not applicable outside of Mexico, auction houses and private dealers are under no legal obligation to repatriate the works to the Mexican government.

The sale of archaeological heritage is protected under an international treaty published by Unesco in 1970.

He adds, “Absolutely every item presented in my next auction are perfectly respectful of the treaties, regulations and terms, and with the French law.”

Earlier this month, INAH also published a complaint against the Dutch online auction house Catawiki, again insisting that the auction house take ethics and respect for cultural heritage into account. The statement identified three vendors and nearly 50 lots that date from 300BC to AD1500.

“We take provenance questions extremely seriously and have zero tolerance for illegal trade,” says a spokesperson for Catawki. “We employ hundreds of in-house experts that select and review every object—against strict guidelines and applicable rules and regulations—before being offered at auction.”

The auction house states that all relevant items hold an export license or proof of provenance, and claims it has reached out to Mexican authorities regarding the matter and will support legitimate requests.