Home News A Painting the National Gallery Determined Was Not by Vermeer Will Be... Next February, roughly 28 of the 35 paintings attributed to Johannes Vermeer will go on view at Amsterdam’s Rijksmuseum in a presentation that’s being billed as the most extensive survey of the Dutch Golden Age artist ever staged.

However, one of those paintings—a small study of a woman called Girl With a Flute (1665/1675)—may not actually be a genuine Vermeer.

At least not according to the National Gallery of Art in Washington, D.C., which owns the canvas. Last month, the US institution determined that Girl With a Flute was likely made by someone who studied under Vermeer rather than by the master himself.

Nevertheless, the National Gallery has agreed to loan the contested artwork to the Rijksmuseum show where it will still be attributed to Vermeer.

“They have been doing great research at the National Gallery on their four Vermeers, and we have, during the pandemic and in research ahead of the exhibition, been able to do research on 10 Vermeers,” Taco Dibbits, the Rijksmuseum’s director, told the  Guardian. “We have discussed the technical findings with Washington and our view of Vermeer based on these technical findings is a more inclusive one than that of Washington.”

Dibbits explained to the paper that the National Gallery’s conclusion about the painting will be cited in the exhibition’s catalogue, but not on the accompanying wall text.

“We differ in view,”  the director said of his museum’s stance compared to the National Gallery. “It is something we have discussed at length. We are all happy with it.”

“Attribution is not a hard science,” Dibbits added. “Vermeer is such an innovative artist who took so many directions in his art that we feel that for us… the painting is by Vermeer. We keep it within the oeuvre.” 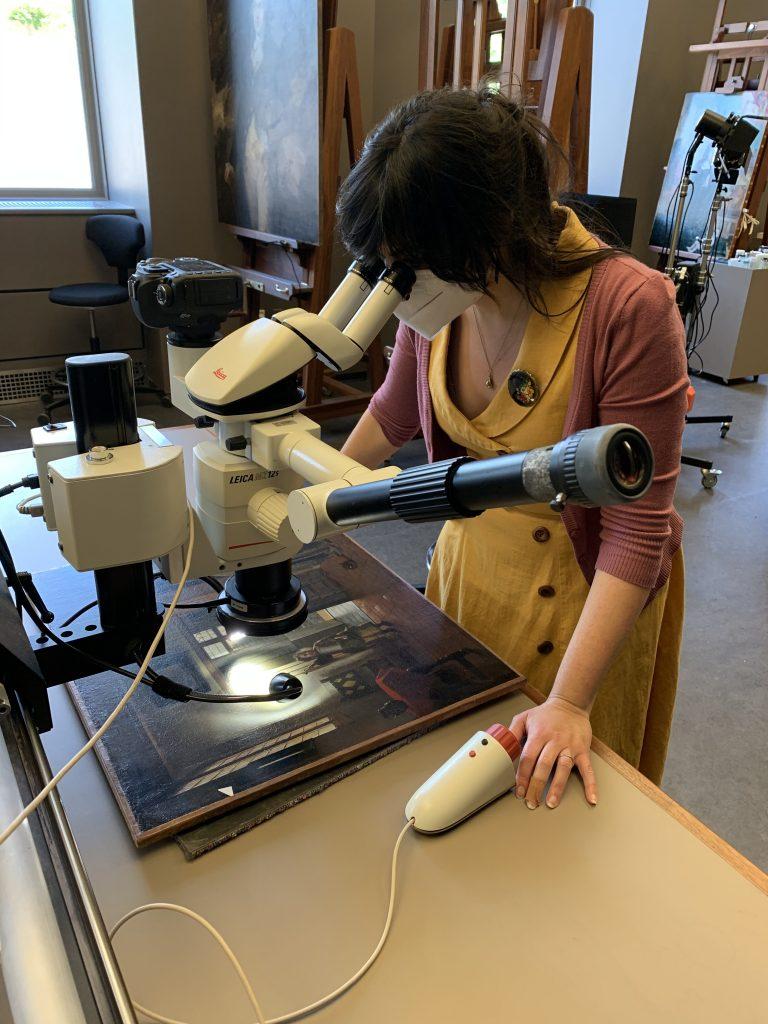 U​sing X-ray fluorescence, microsampling analysis, and other techniques, experts at the National Gallery identified numerous anomalies in Girl With a Flute. For one, the sitter’s lips lack the colored highlights usually found on Vermeer’s subjects. The painting’s underlayer also showed no signs of the artist’s typical technique, which involved working with big, rapid brush strokes, then smoothing them together.

Conservators concluded that the painting was probably completed by an artist who had studied, but not mastered, Vermeer’s many tricks.

“The idea that Vermeer had a studio is not one that a lot of people have really talked about. Because he’s always been thought of as the lone genius,” Marjorie E. Wieseman, curator and head of the department of northern European paintings at the National Gallery, told Artnet News last month. “We only know of about three dozen paintings by him. So why would he have needed a studio?”

The other three Vermeers in the National Gallery’s collection, all confirmed to be authentic, will be sent to the Rijksmuseum along with Girl With a Flute. They represent just a few of the many high-profile loans secured by the Dutch museum for the show, which is set to open on February 10. Other institutions lending Vermeer canvases include the Frick Collection in New York, the Städel Museum in Frankfurt, the National Gallery of Ireland in Dublin, and the Mauritshuis in The Hague.

“We would not have thought it possible that so many museums are willing to lend their masterpieces,” Dibbits said in a statement when the show was announced last December. “We are incredibly grateful to them. With this exhibition we can introduce a new generation to Vermeer’s painting at the highest level and present the results of the latest research.”

OpenSea Just Gave $100,000 to the Buzzy DAO Friends With Benefits to Take Over Its Homepage With ‘Phygital’ Art Commissions