Home News A Palestinian Farmer Was Planting an Olive Tree, and Accidentally Unearthed an... 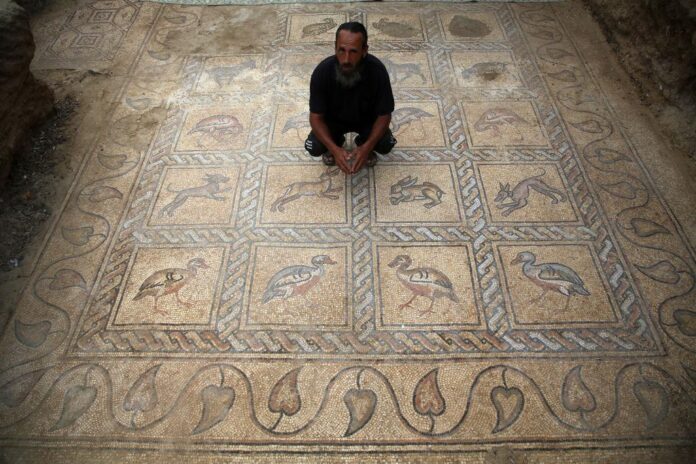 A Palestinian farmer was in for a big surprise when he and his son were planting new olive trees. Salman al-Nabahin, who owns an orchard at the Bureij refugee camp in Gaza, began digging deeper into the earth after some of his trees failed to take root. Eventually, his son’s axe struck something unusually hard.

It turned out to be a large mosaic floor from the Byzantine era. Al-Nabahin was able to identify the tiles thanks to an internet search and alerted the Palestinian Ministry of Tourism and Antiquities. 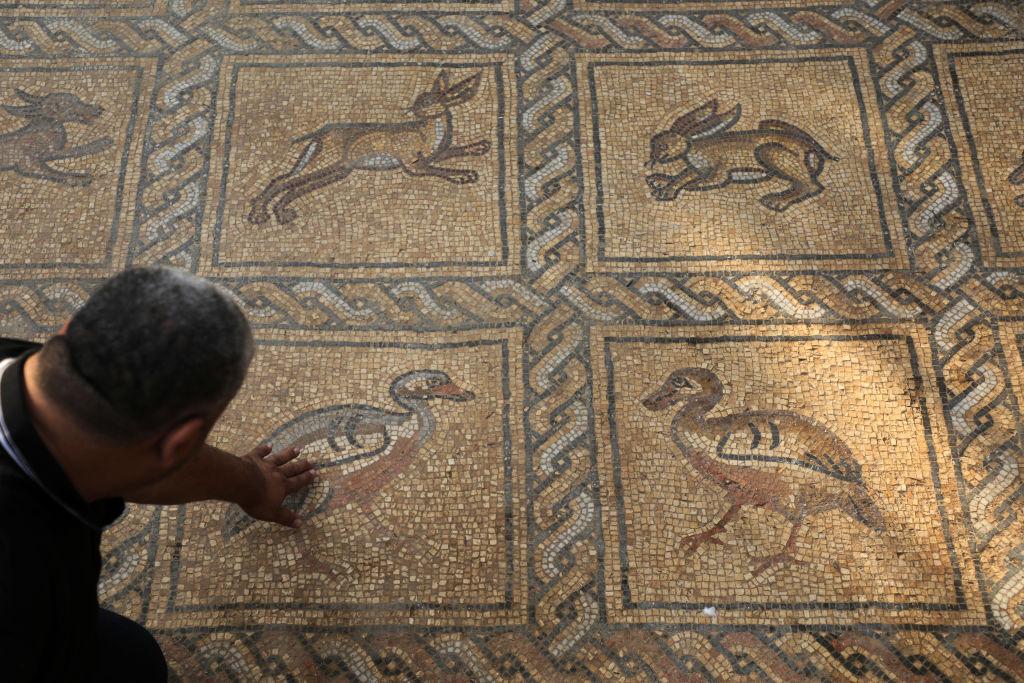 A picture shows Byzantine mosaics dating from the fifth to seventh centuries after being uncovered by a farmer ploughing his land, in the central Gaza Strip on September 19, 2022. Photo by Majdi Fathi/NurPhoto via Getty Images.

The farmer and his son have since assisted in uncovering and cleaning the full floor, which is composed of several panels containing animals, including rabbits, dogs, and birds, and everyday objects.

“I see it as a treasure, dearer than a treasure,” he told Reuters. “It isn’t personal, it belongs to every Palestinian.”

Also taking part in the group effort are a team of Palestinian researchers and international experts from the French Biblical and Archaeological School of Jerusalem.

One of these archaeologists, René Elter, told the AP, “these are the most beautiful mosaic floors discovered in Gaza, both in terms of the quality of the graphic representation and the complexity of the geometry.” He also noted that they had been discovered in a well preserved state.

The mosaic may be only the start of a wesalth of new discoveries, with the dig detecting some evidence of surviving walls and the remains of glass artifacts.

“This provides us with historical information about the ancient civilizations and anthropology in Gaza, the historical and economic relations with the ancient regional environment and the status of Palestine across the world,” the ministry said when they announced the discovery, promising to share further details during the excavation.

The region of modern day Palestine was a Byzantine province from AD 390 until around AD 634, roughly when the mosaic is believed to have been completed.