Home News A Paris Auction of Pre-Columbian Artifacts Went Ahead Despite Protests from Mexico.... 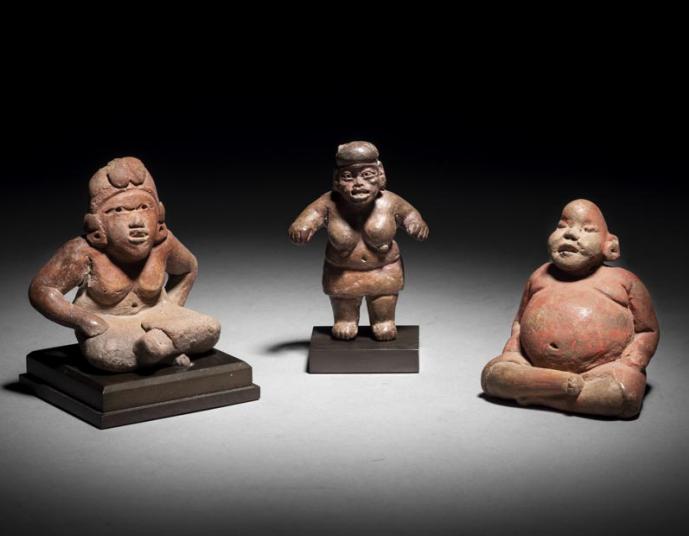 An auction of pre-Columbian artifacts that went ahead in Paris despite protests from the Mexican government ended as a stunning flop, with a sales total including fees that did not even reach half of the lower end of the presale estimate (which did not include fees).

Of the 82 lots offered, only 25 lots were sold, making for a 30 percent sell-through rate by lot.

Giquello & Associés pressed ahead with the sale days after the Mexican government’s Ministry of Culture and the National Institute Anthropology and History (INAH) condemned the auction.

The Mexican authorities stated that 62 lots featured in the sale were Mexican archaeological monuments, according to their statement dated November 17. The Mexican authorities claimed that the artifacts, which ranged from pottery to sculptures, were pre-Hispanic, dating from between the Middle Preclassic period (1200 B.C.–400 B.C.) and the Mesoamerican Postclassic period (900 A.D.-1300 A.D.). As such, they should fall under the protection of the country’s Federal Law on Monuments and Archaeological, Artistic and Historical Zones, the authorities noted.

The Mexican authorities also stated that they had filed complaints with the legal department of the Ministry of Foreign Affairs and Interpol, which they hope will help with repatriating the items. Mexico’s culture secretary Alejandra Frausto Guerrero also requested the Parisian auction house to not to offer these artifacts at auctions.

Despite the official protestations, the federal law is not applicable outside of Mexico, and the auction was lawful within French law and respectful to international treaties, including the 1970 anti-illicit trafficking of cultural property convention under UNESCO, the auctioneer Alexandre Giquello told .

Artnet News reached out to the Mexican authorities, Interpol, and Giquello & Associés for comments, but they did not respond by press time.

Mexico has been stepping up its effort to repatriate cultural objects of pre-Columbian heritage and attempting to halt the trading of these artifacts in the market in recent years, while attempting to raise people’s attention in the social media sphere with hashtag #MyHeritageIsNotforSale (#MiPatrimonioNoSeVende).

The country has been actively calling out auction houses selling these works, after identifying more than 100 items to be sold across Europe.

How much such efforts will bear fruit remains to be seen. Mexico’s Ministry of Culture complained about the sale of 38 contested Mexican cultural assets by Catawiki, a Dutch online auction platform, earlier this month. But the sale went ahead.

But the outcry over the artifacts could be deterring buyers. A Christie’s auction of pre-Columbian artifacts went ahead in Paris last year despite condemnation by several countries in Central America, but a third of the 137 lots were unsold.