Home News Why Artists Getting Involved With Shared Virtual Worlds May Do Well to... 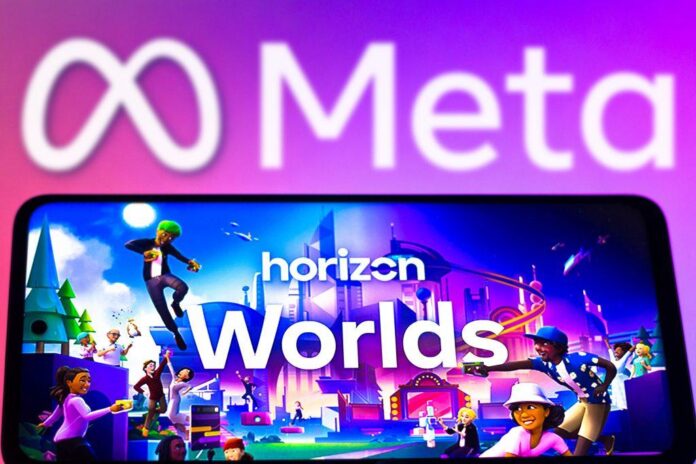 This week, breaking up the holistic vision…

When trying to see the future of art, technology, or any other major area, one of the biggest impediments to a clear view is the desire for simple answers to complex possibilities. In the case of the metaverse, the simplest answer was always that Meta (formerly known as Facebook) would engineer a single mass-participatory virtual world that would define the next phase of our lives online. However, a series of recent stories shows cracks in the foundation of the company’s handiwork roughly a year after retooling around this grand goal—and suggests that the art world should be more wary than ever of planning its metaverse strategies around Mark Zuckerberg’s vision board.

The first of these stories went mainstream enough that several people outside the art world asked me if I’d read it over the weekend. Headlined “This Is Life in the Metaverse,” it was a chronicle of tech and privacy writer Kashmir Hill’s expedition into Horizon Worlds, the V.R. social network at the crux of Meta’s corporate pivot. More specifically, Hill describes her mission being to “visit at every hour of the day and night, all 24 of them at least once, to learn the ebbs and flows of Horizon and to meet the metaverse’s earliest adopters.” Her reactions give away more than she may realize to veterans of open virtual worlds.

Among other stops, Hill’s itinerary included socializing in the Plaza, the literal public square of Horizon worlds; flying around as Iron Man in a Marvel Universe cosplay experience known as the Superhero Sandbox; and making multiple extended visits to virtual comedy clubs. (The 12-plus years I spent surrounded by amateur stand-ups and improv performers in L.A. means her statement that live “comedy is popular in the metaverse” plunges the temperature of my blood near absolute zero.)

While Hill came away impressed overall, her apparent innocence to the deep tensions of open V.R. ecosystems makes her caveats especially noteworthy. Among them is her admission that professional collaboration in Horizon Worlds leaves plenty of room for improvement. Yes, the V.R. headset needs to be lighter. But even setting aside hardware shortcomings, she writes that the drawbacks of virtual work in the Zuckerverse were too severe for her coworkers to accept: “I tried to get my colleagues, including my editor, to meet me in Horizon as I worked on this story, but I rarely succeeded. Zoom was just easier.”

Hill’s assessment may be generous. The day before her story was published, online tech vertical the Verge reported that the Meta staffers responsible for building Horizons World are spending so little time actually using it that executives have decided to force the issue. The cause and effect both read as proof that any art professionals looking to Meta for guidance on the next step should brace themselves for the floor to give out. 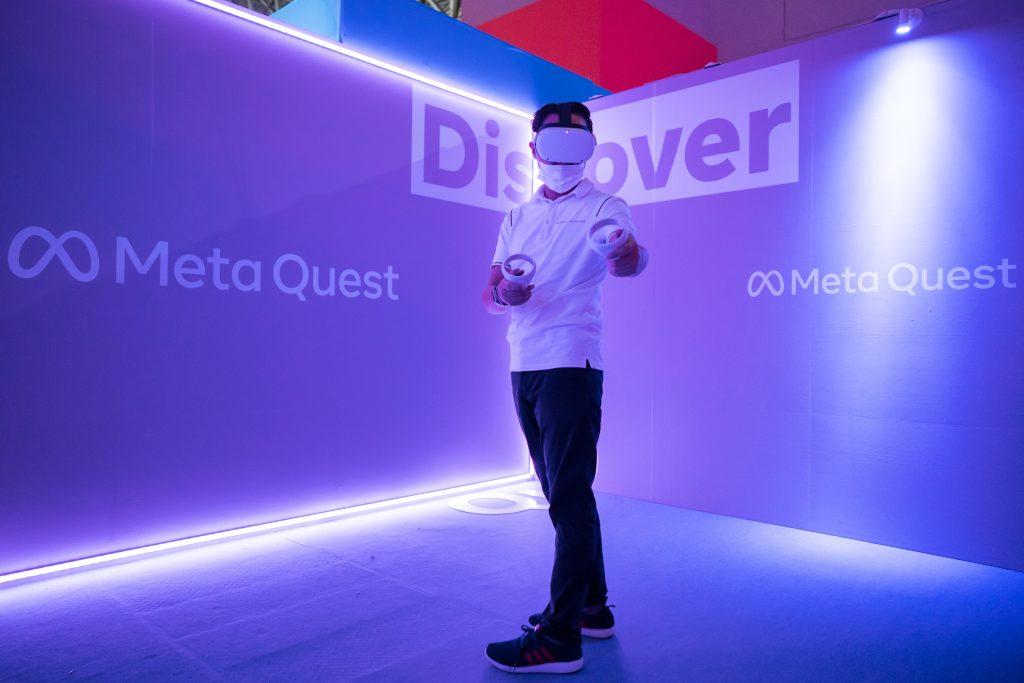 In separate internal memos in September (all reviewed by the Verge), Vishal Shah, Meta’s vice president of metaverse, announced that senior leadership was implementing a plan to “hold managers accountable” for making sure their employees logged time in Horizon Worlds at least once a week—and, more importantly, that the product was being placed in “quality lockdown” for the remainder of 2022 so that developers could evolve it before trying to roll it out to more users. (To date, Horizon Worlds has only been publicly available on V.R. headsets in the U.S., Canada, and the U.K.)

While Shah’s memos did not detail specific problem areas, it hasn’t exactly taken a painstaking forensic analysis to find Horizon World’s most glaring flaws. The app has been dragged for its rudimentary graphics ever since its first demo; the original version of Zuckerberg’s personal avatar (which a writer for tech vertical Polygon described as having “the pale, vacuous look of a Victorian ghost”) got memed so relentlessly that it prompted an emergency update.

Even with such a low ceiling on graphics, the serious processing power needed to sync Horizon Worlds across different headsets means that each of its roughly 10,000 themed environments “can accommodate only a couple dozen people at a time,” Hill writes. Exceed that number, and additional users are diverted into a copy that she equates to a virtual “overflow room.”

In other words, you can have 100 people joining in the same experience at the same time. It’s just that they’ll be split into one of roughly four groups isolated from the others. Those attendance caps look lame in comparison to console-and-web-based metaverse competitors Fortnite and Roblox, where special events routinely draw hundreds of thousands or millions of concurrent users able to share the same virtual space.

The friction inside the company over Horizon Worlds looks more and more like a microcosm of Meta’s challenges overall. Hours before introducing its latest V.R. headset and other metaverse-specific upgrades at its annual developers’ summit, the company was the subject of an extensive New York Times story on the larger “struggles” of its pivot to V.R. and A.R. world-building.

The main bullet points are unsettling: a roughly 60 percent plunge in Meta’s share price since its rebrand late last October; a $10 billion loss in the department encompassing its A.R. and V.R. efforts last year; and a company-wide hiring freeze announced a few weeks ago, with warnings from Zuckerberg that layoffs may be looming. Meta is also now locked in an ongoing lawsuit with the Federal Trade Commission over its attempts to acquire V.R. fitness developer Within, which the Times called evidence that regulators are “determined to prevent the company from acquiring its way to success” as it did by gobbling up Instagram, Whatsapp, and others during its Web 2.0 ascension.

None of the above means that either Meta or its vision of the metaverse are toast. In fact, some sales and download metrics indicate that Zuckerberg’s company has penetrated further into the mainstream than any other V.R. developer in history. Sales of its consumer-facing Quest 2 V.R. headset approached 15 million units this summer, per an estimate from the third-party International Data Corporation. That put the device roughly on pace with aggregate sales of Microsoft’s two latest Xbox consoles, the X and S, per data hub Statista. Analytics firm Sensor Tower also found that Meta’s mobile V.R. app has crested 21 million combined downloads on iOS and Android devices.

Is it enough, though? To me, it would be an extreme understatement to say that the context behind those numbers should trouble almost any artist or art professional considering getting involved in Horizon Worlds. 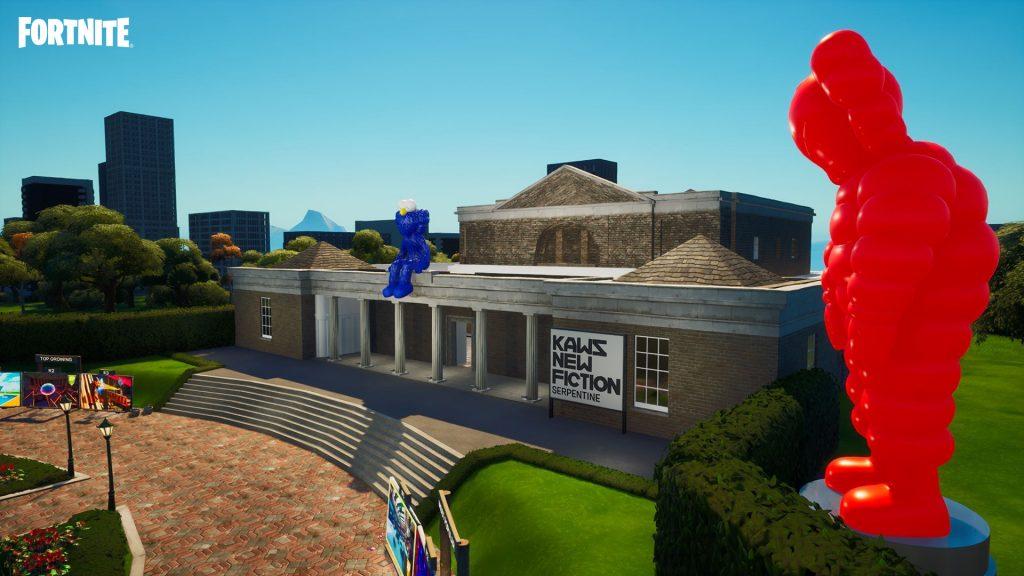 There’s a tremendous difference between acquiring customers and maintaining them. To date, Meta counts only about 300,000 monthly active users combined for Horizon Worlds and Horizon Venues, an affiliated app for attending live-streamed tangible events in V.R. Any app’s audience of monthly active users always surpasses its audience of daily active users, as the Verge pointed out, meaning that only some unknown fraction of those 300,000 participants are making either Horizon channel a regular part of their lives. (A Meta spokesperson only confirmed monthly active user figures.)

Much more troubling is that Meta has been knowingly allowing a portion of that audience to defy the app’s stated requirement to be at least 18 years old before logging in. “Community guides” from the company told Kashmir Hill (who encountered early teens and preteens during her travels through Horizons) that “they kicked out only users younger than 13, and only if users explicitly revealed their age.”

This struck me as a bizarre policy for a company allegedly aspiring to what Meta chief technology officer Andrew Bosworth called “almost Disney levels of safety” in its shared virtual worlds, and that was before I read about the women who have already reported instances of their avatars’ being sexual assaulted there. Unless, that is, the company cares more about keeping the app’s user totals as high as possible than about anything else. But when has Zuckerberg’s company ever sacrificed ethics and user safety for growth?

In fairness, it hasn’t even quite been a full year since Zuckerberg hard-forked his company in pursuit of metaverse domination. I could very well look back at the preceding paragraphs near the end of my career—possibly through a Meta Quest 38 headset inside a seamless, photorealistic branch of the New York Public Library named after Zuckerberg—and say, “Sheesh, that column aged like a $4 bottle of Merlot.”

Even if so, the art world should still learn something important from watching one of the richest, most powerful corporations on the planet put its full might into building a mass-participatory metaverse and almost immediately start spasming like it just got tasered. That doesn’t mean artists and art professionals should ignore the concept of shared virtual worlds. But it does mean that the one being marketed the loudest is more likely decades away than a few years away, assuming it ever materializes at all. That’s even more reason to focus on the alternatives thriving from the ground up now—and to expand your thinking on what art in metaverses free of Zuckerberg’s influence can be.

That’s all for this week. ‘Til next time, remember: what got you here often won’t get you to wherever you’re eyeing next.