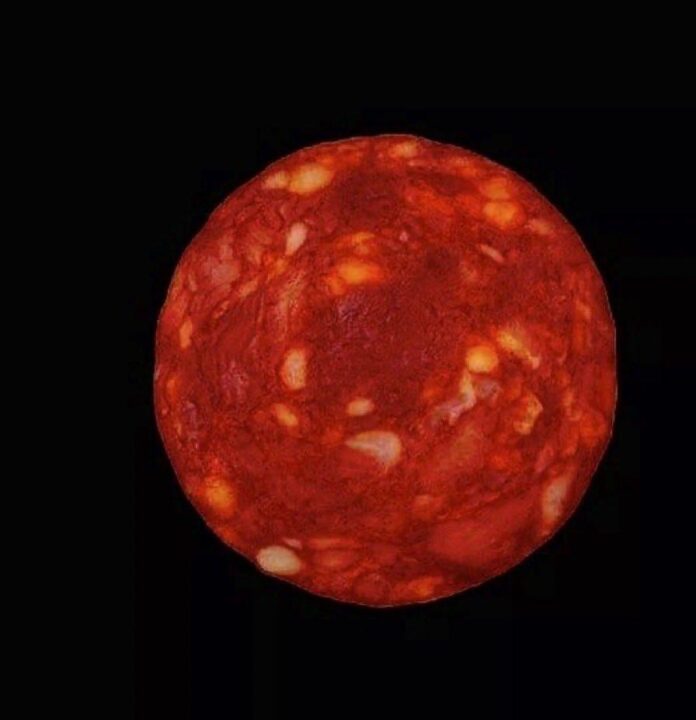 Last month, a French physicist took to Twitter to share a photograph of Proxima Centauri, the closest star to the sun. Marbled and carmine red, the picture, he said, had been taken by the James Webb Space Telescope—the new $10 billion instrument capable of capturing unprecedented and awe-inspiring glimpses of the universe.

“This level of detail… A new world is revealed day after day,” the scientist, Etienne Klein, wrote in the July 31 post.

But the scientist’s image, it turns out, was just a photograph of a slice of chorizo sausage on a black background—a fact he only disclosed after the post scored thousands of views, likes, and retweets.

Klein, ​​who is the director of research at the French Alternative Energies and Atomic Energy Commission, clarified that he shared the sausage picture as a joke.

“Well, when it’s cocktail hour, cognitive bias seems to find plenty to enjoy… Beware of it,” he said in a follow-up tweet. “According to contemporary cosmology, no object related to Spanish charcuterie exists anywhere else other than on Earth.”

Later, after outrage from viewers who felt duped, Klein issued an apology and further explained that his post was intended as a kind of cautionary tale in the era of viral astronomy images. “Let us learn to be wary of arguments from authority as much as of the spontaneous eloquence of certain images,” he said.

“It also illustrates the fact that on this type of social network, fake news is always more successful than real news,” he told the French news outlet . “I…think that if I hadn’t said it was a James Webb photo, it wouldn’t have been so successful.”

On that last point, he’s probably right. The first photos from the James Webb telescope last month—including glittering shots of the Carina Nebula, the Southern Ring Nebula, a galactic cluster known as Stephan’s Quintet, and the galaxy field SMACS 0723—promptly monopolized social media feeds as soon as the viewing device was put into action.