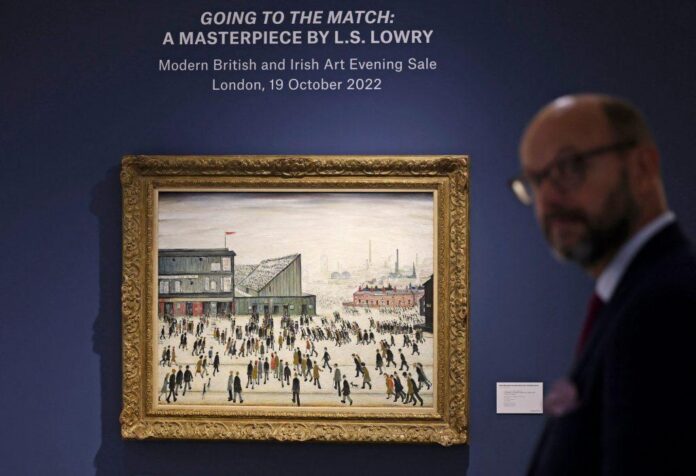 An important painting by the late English artist L.S. Lowry is heading to auction at Christie’s Modern British and Irish art sale in London on Wednesday, and its potential hometown departure has sparked an uproar.

Since the city council of Salford, where Lowry was born, can’t afford to buy Going to the Match themselves, Salford mayor Paul Dennett is asking prominent local figures and wealthy athletes to pitch in and ensure the work stays on Salford soil.

Lowry’s 1953 painting depicts revelers streaming into the now-defunct Bolton Wanderers field at Burnden Park for a soccer match. A statement from the city council said it’s currently owned by the Professional Footballers Association’s Players Foundation, a charitable athletes’ union, which purchased it in 1999 for nearly $2.2 million.

Then-CEO Gordon Taylor called it “quite simply the finest football painting ever,” according to the Guardian. The Foundation expects to earn more than $9 million from the forthcoming sale.

Going to the Match has lived at The Lowry, a free Salford museum celebrating the artist’s legacy, for the past 22 years—on loan from the Players Foundation. Dennett’s letter said it is “taught about in schools and colleges up and down the country.”

Artnet News is still waiting to learn whether Dennett has heard back from any potential buyers. 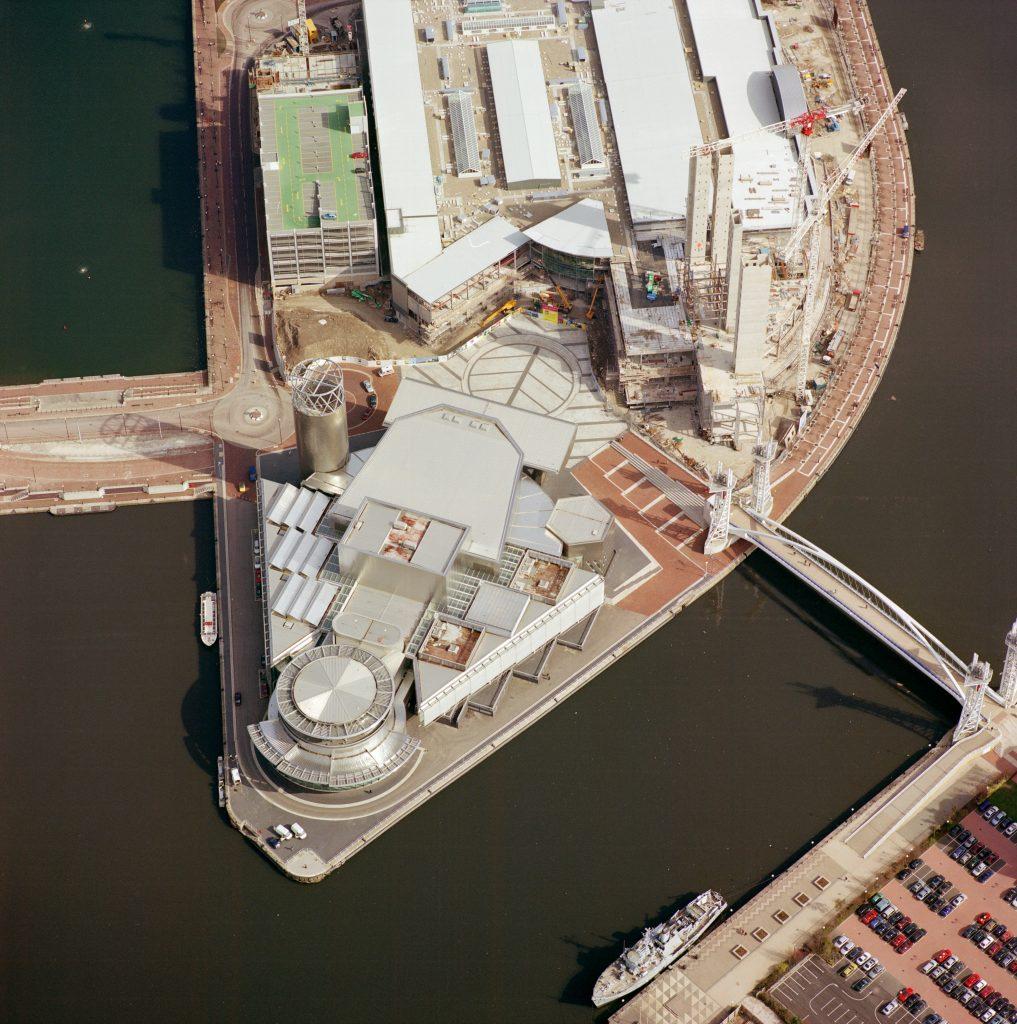 The Lowry Centre in Salford, opened in 2000 and pictured in 2001. It houses two theatres, conference facilities, and three art galleries, including one dedicated to Lowry’s works. (.Photo by English Heritage/Heritage Images/Getty Images.

The Players Foundation separated from the Professional Footballers Association earlier this year, the Guardian reported, due to an ongoing investigation by England’s charity commission. The foundation announced the sale of Going to the Match soon after the entities parted ways, in order to raise funds for the new body.

CNN has reported that the money will combat dementia among retired players.

There’s no guarantee the artwork’s new owner won’t move it from the Lowry to a private collection. “The very essence of L.S. Lowry’s work is to engage with the lives of the working people,” Dennett’s letter reads. “It would be a travesty were this work to be removed from spaces where working people can see it.”

is already on an international tour with Christie’s, and its sale seems certain. Dennett has even urged the U.K. government to place a temporary export ban on the work.

“We will take the work around the country and beyond,” his entreaty concludes, “and the story of how it was kept for the public will become part of its legacy.”