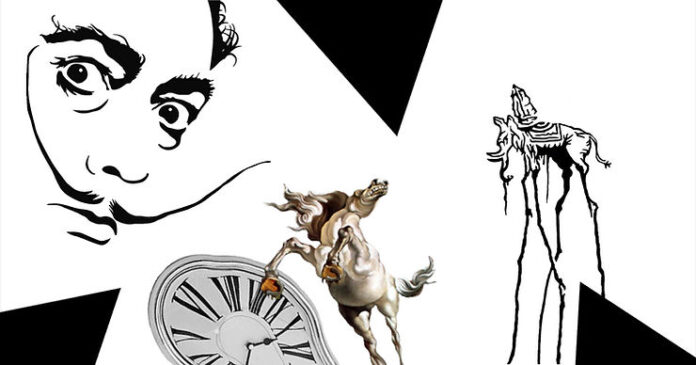 At the beginning of the 20th century, surrealism was born in France. Its goal was to study the human subconscious and to create a different reality. In this article, we will figure out how to understand that you have the work of a surrealist in front of you, what is known from the history of surrealism, and who are its prominent representatives.

Salvador Dali, Max Ernst, and Joan Miro are the most famous and prominent surrealist artists. The names of Luis Bunuel and Georges Sadoul and, of course, David Lynch are known in cinema. Surrealism in literature gained popularity thanks to André Breton, Louis Aragon, René Char, and Henri Michaud.

The most crucial fact about surrealism is that the artist does not focus on the subject but on the idea and image. A richness of forms and a variety of approaches characterizes this style.

In 1922, Prinzhorn Holding’s work “The Pictorial Activity of the Mentally Ill” was published in Heidelberg, causing a stir. And this is one of the important facts in the history of surrealism. Four years later, on May 26, 1926, the first surrealist gallery opened in Paris on Rue Jacques Callot.

Surrealists were called “extreme romantics” and “desperate children of romanticism”, they were seized by a passion for everything fantastic and absurd, and they were looking for new forms. This direction brought a fresh look at art and did not go unnoticed.

Surrealism is a dream – it’s not real, but it’s not unreal either. The style is characterized by allusions and a paradoxical combination of forms, and visual deception. On the canvases of the surrealists, there are often solid objects, the stones spread, and the water, on the contrary, turns to stone.

The development of the style was greatly influenced by the popular at those times psychoanalysis of Sigmund Freud, especially his analysis of dreams. According to Freud, a dream is the work of the subconscious, which breaks free when the consciousness is resting. Surrealists shared the scientist’s views on the importance of the subconscious and its inexhaustibility.

Surrealists see real art in the rejection of their own conscious thought, because thought is subjective, and art should be, on the contrary, objective. That is what the subconscious is –a dream. A dream is a continuation of reality, but an objective reality, which is not imposed by certain ideas of consciousness and not constrained by the Super-Ego or the so-called censorship of consciousness.

The Surrealists seek to free the self, which is repressed by reality. Such art is designed to give a person the opportunity to master his inner essence, about which he knows nothing. Another one of the important facts about surrealism is that the field of activity of its representatives was not only art, they wanted to change a life.

However, it is not always possible to give a clear and unambiguous description of the style as a whole. For example, automatism is inherent in the work of artists of the early stage of the development of surrealism – Max Ernst and Andre Masson. But we will not meet it in the clearly expressed images and compositions of Salvador Dali and Rene Magritte.

Rene Magritte, by the way, had a negative attitude toward psychoanalysis in art. Unlike other surrealists, the objects on his canvases do not lose their usual form and qualities. The artist’s work can be called philosophical and poetic, his goal is to make the viewer think. Often, under ordinary objects, the author wrote “This is not it”, thereby turning the picture into a rebus, which is completely impossible to solve.