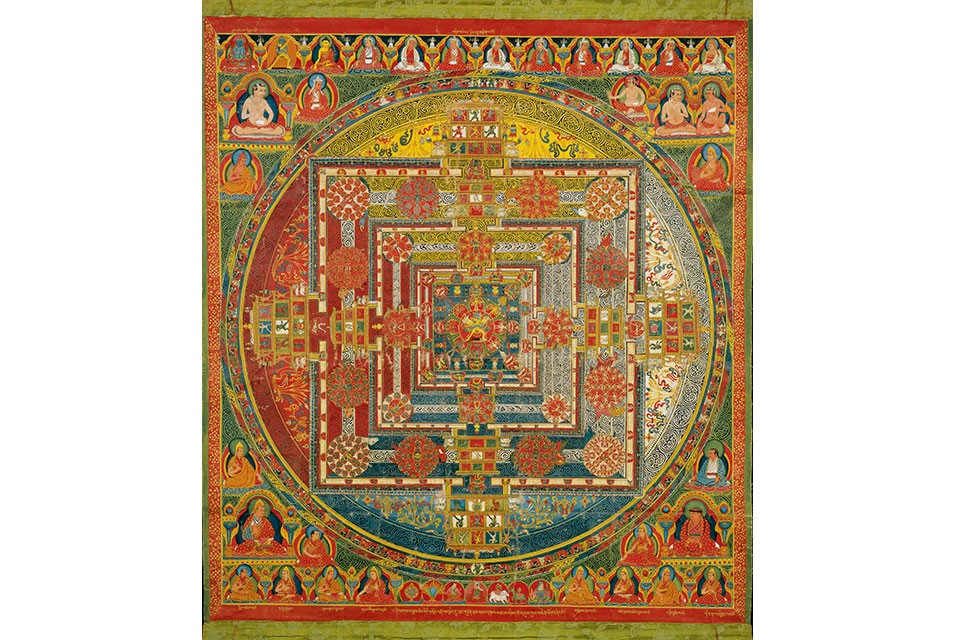 Sotheby’s will present The Richard R. & Magdalena Ernst Collection of Himalayan Art. An unrivalled compilation of painting and sculpture, the collection of art from the Himalayas, ranging from the 12th through the 18th centuries, is one of the most significant to come to auction. With highlights now on view in a special exhibition at Sotheby’s Zurich office, the full collection will be unveiled in the auction house’s New York headquarters on 15 March, ahead of the dedicated auction on 22 March at 10am.

Richard R. and Magdalena Ernst noted: “From the moment we laid eyes on the thangka of four Arhats in Kathmandu, we knew that Tibetan Art would form the heart of our collection. The region’s rich culture, spontaneous nature of creativity, and philosophical strength drew us in, and has kept us firmly engaged over the last fifty years. By sharing this collection with admirers in Zurich, New York, and beyond, we hope to spread the joys that collecting Southeast Asian Art has brought us with many others”.

Yamini Mehta, Senior Director, International Head of Indian and South Asian Art, commented: “Marked by connoisseurship, taste and passion, the Ernst Collection of Himalayan Art is extraordinary in its depth and captivating in its beauty. Thoughtfully curated by Richard and Magdalena Ernst over the course of five decades, we are privileged to present their vision this spring. The first dedicated auction of its kind in over 12 years, the auction promises to be a remarkable event in the field of Indian, Himalayan and Southeast Asian Art.”

Born and raised in Winterthur, Switzerland, Nobel Laureate Richard Ernst grew up passionate about the fine arts and the sciences. He pursued the latter as a career, first as a graduate of the Swiss Federal Institute of Technology in Zurich and later as a PhD student of Professor Gunthard. Focusing on the intersection of chemistry and physics, Mr. Ernst devoted extensive time and research to high-resolution nuclear magnetic resonance (NMR) spectroscopy. In the years that followed, he travelled to the United States to work for Varian Associates in Palo Alto, whose distinguished alumni include Weston A. Anderson, Ray Freeman and Jim Hyde.

Before returning to Switzerland to lead the NMR research group at the Laboratorium für Physikalische Chemie of ETH-Z, and where he received the Nobel Prize in Chemistry in 1991, Mr. Ernst and his wife Magdalena travelled extensively through Asia.

A trip to Kathmandu in March 1968 stirred their passion for Asian Art, specifically for Himalayan thangkas and Buddhist manuscripts from Mongolia. Since that momentous visit, and subsequent purchase of a thangka depicting four Arhats in a floral landscape, Mr. and Mrs. Ernst have together compiled one of the most important and renowned collections of Buddhist and Bön paintings from Tibet and Nepal.