Home News A Single-Owner Collection of More Than 200 Audacious Takes on the Humble... 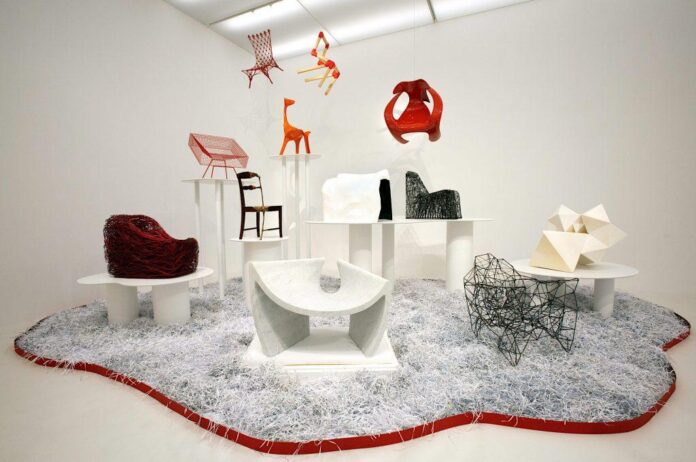 “A chair for me is like sculpture,” said renowned theater artist Robert Wilson. “I’m not so interested in sitting on a chair, but I like looking at them.”

Wilson was called upon by the Museum of Contemporary Design and Applied Arts (MUDAC) in Lausanne, Switzerland, to present collector Thierry Barbier-Mueller’s extensive array of radical, historically significant chairs from the 1960s to the present.

On view through February 26, 2023, the exhibition “A Chair and You“ addresses a medium Wilson knows well. As another exhibition currently on view in New York reveals, chairs have played a central role in his unconventional theater-making. The chairs he’s arranged for MUDAC range from the lesser-known yet impactful to the recognized and influential. 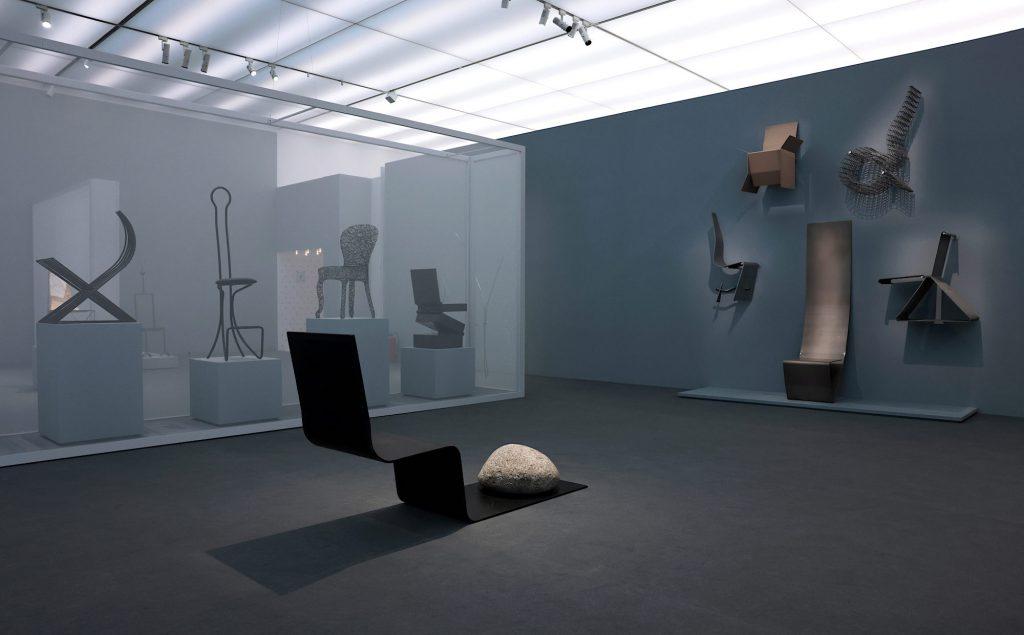 Exhibition view, “A Chair and You.” Photo: Lucie Jansch, courtesy of MUDAC.

Staged in four acts as Wilson might reinterpret a Wagner opera, the exhibition incorporates four immersive spaces in which more than 200 iconic chair designs perform as actors in their own scene. Having designed exhibitions at major institutions like Paris’s Louvre and smaller venues like New York’s Noguchi Museum, as well as luxury brands like Hermès, Wilson has long utilized his scenographic prowess for platforms other than the world’s leading opera stages.

At the core of Wilson’s practice is light, a substance the director applies like paint. “Light isn’t something you do after you’ve designed an exhibition; it’s an integral part of the project,” Wilson described. “Hence, we started with the lighting. Light is structural, light is architectural, it’s the element that helps us hear and see.” 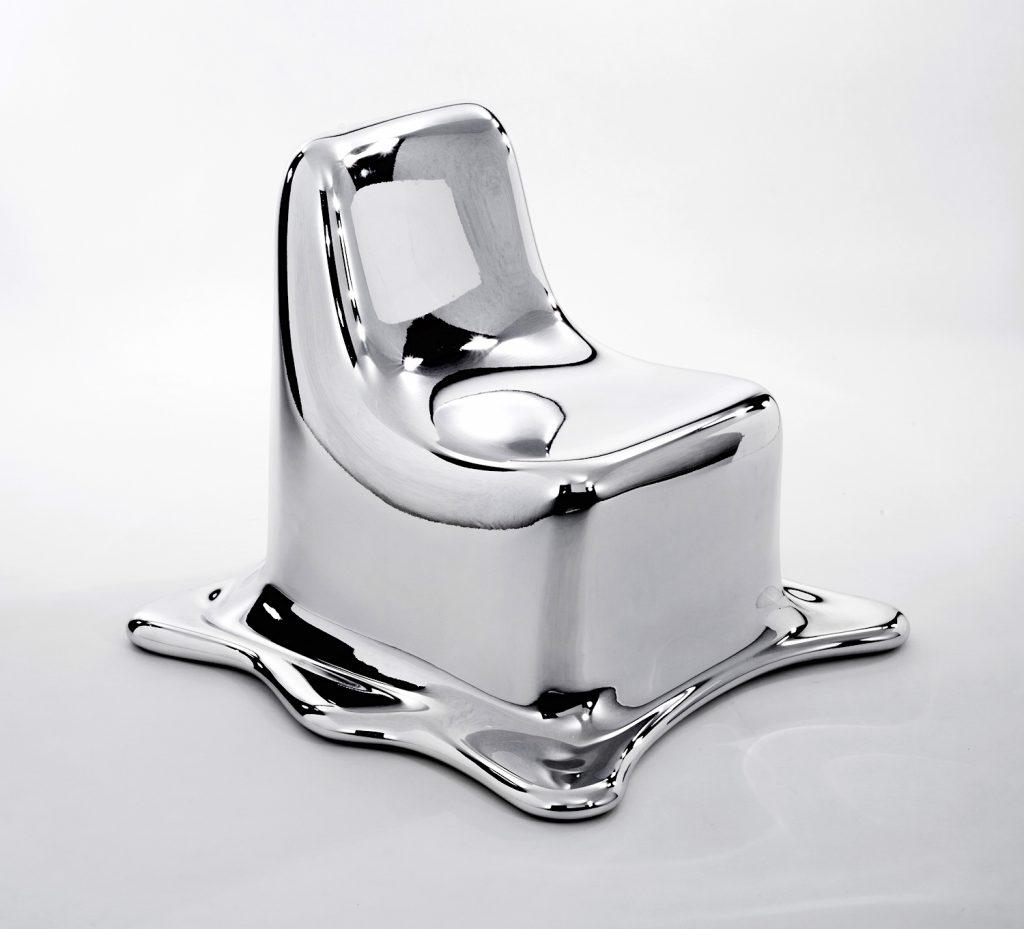 In some instances, the chairs are displayed in brightly lit jewel boxes with organically formed shag carpets. In others, the atmosphere is far moodier. Offset illuminations refract up from the floor or through semi-translucent scrims. The fourth act, Kaleidoscope Space, showcases maquettes of iridescent designs, like Philipp Aduatz’s 2011 to dramatic, almost trompe-l’oeil effect. 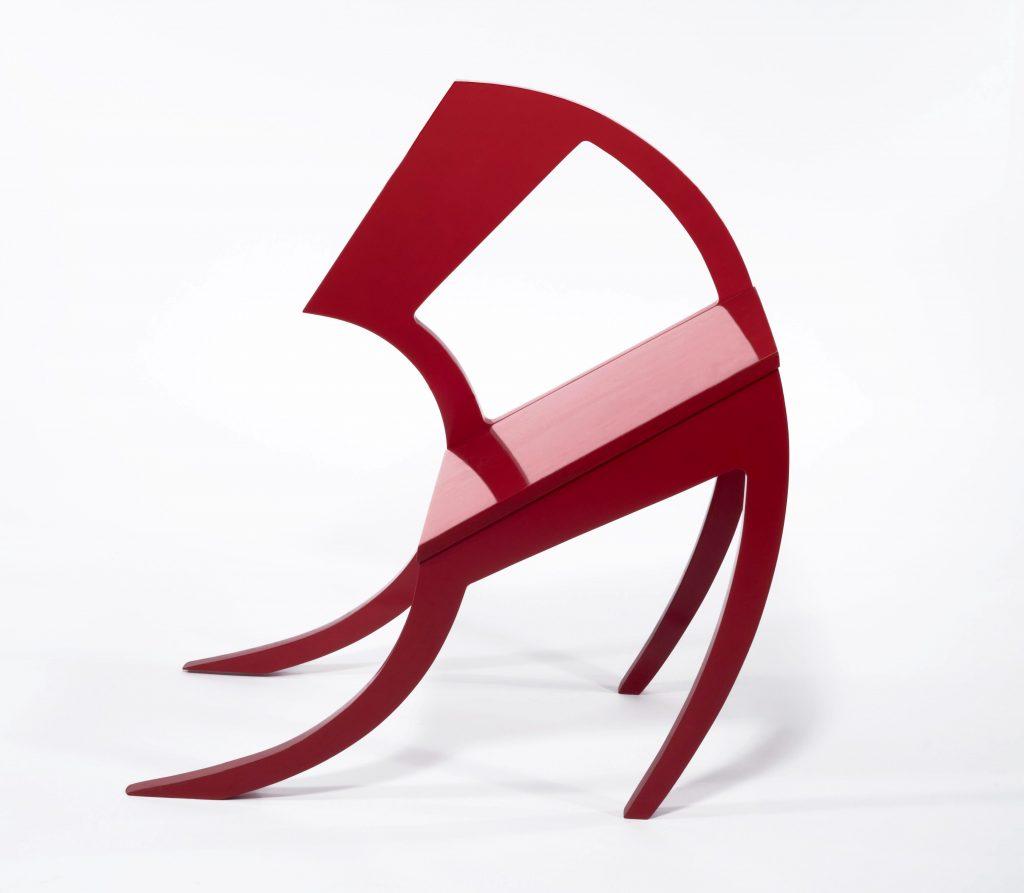 The director is himself an avid collector with thousands of pieces reflecting a range of cultures, applications, and interests that challenge the traditional dichotomies of high and low art. These works often inform his stage designs. Comprising iconic pieces like Stefan Wewerka’s distorted from 1971 and Choi Byung-Hoon’s format-defying chair from 2001, Barbier-Mueller’s stories are equally eclectic.

The diverse assemblage considers the chair as much more than just a functional object but one that can contain meaning, harness the latest in material exploration, express social commentary, and even challenge traditional modes of construction.