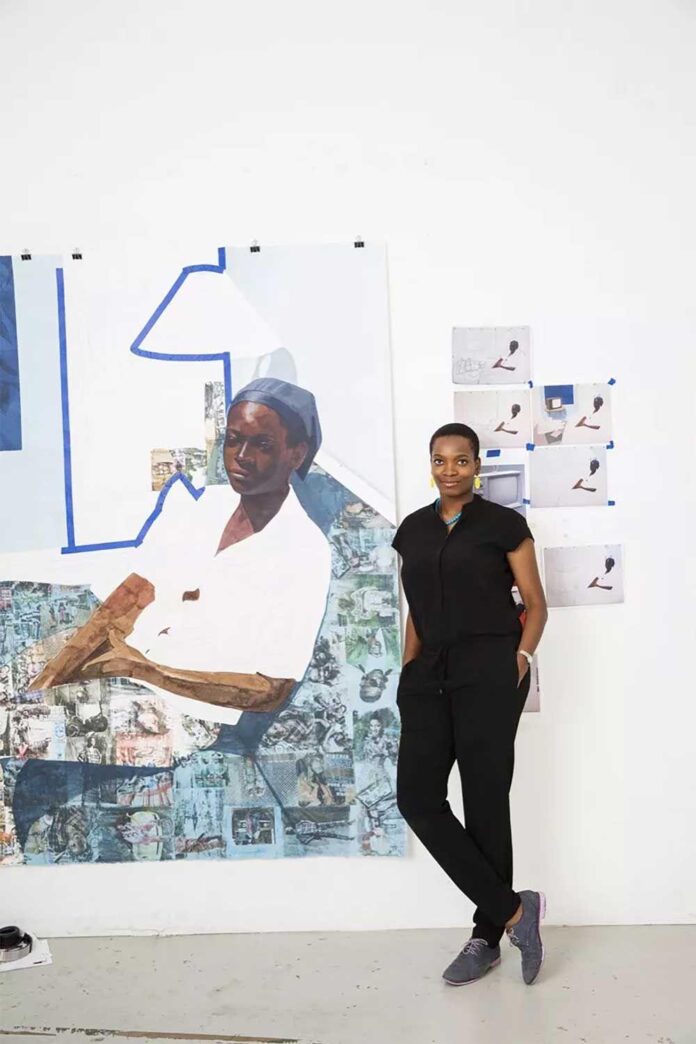 Even if the market share for Black American artists remains minute, it is a much needed improvement on where it started. It has “practically doubled in size over the past five years”, says Nigel Freeman, of the New York-based Swann Auction Galleries, which features the only dedicated sale for works by Black American artists among the major auction houses. Since starting the department in 2006, Freeman has introduced dozens of overlooked Black artists to the market. “Back then, the big international auction houses weren’t interested—if there wasn’t a [auction] record for the artist then there wasn’t a value for the work in their eyes,” he says.

Now, thanks to more gallery and museum shows devoted to Black and women artists as well as greater social awareness of institutionalised racism and sexism, there is a lot more appreciation of and opportunities for marginalised artists, according to Freeman. “There is a lot more competition overall in the marketplace for works by contemporary artists especially, which obviously raises the value of these works.”

Notably in the past five years, there have been numerous high-profile records set for works by Black American artists at Christie’s and Sotheby’s—the record-breaking $21.1m sale of Kerry James Marshall’s Past Times to rapper Sean “Diddy” Combs at Sotheby’s in 2018 marked a watershed moment. In 2022, Christie’s Americas set 54 records for women artists and 50 records for artists of colour, according to a spokesperson. Among the highlights was the $15.2m sale of Ernie Barnes’s The Sugar Shack (1976) for 76 times its high estimate. Fourteen of these records were for women artists of colour.

While auction prices for works by Black American artists are clearly rising, value remains highly concentrated at the very top end of the market, and this is especially apparent for Black American women artists. According to data in the report, of the top 20 artists by value of works sold at auction, there is only one Black artist included (unsurprisingly Jean-Michel Basquiat) and there are no women. Only one Black woman, Julie Mehretu, figures in a list of the top 20 women artists within the same timeframe.

Additional data reveals even further the disparity in price for works between the top 20 Black American women artists. Ranked number one of the top 20 list with a cumulative $64.7m in sales, Mehretu (b. 1970) has averaged around $6.3m in sales per year since 2012—the first year her sales rose above $10m—and 57% of all consigned works by her sell for above their high estimate.

Faith Ringgold (b. 1930), whose career spans six decades and has been the subject of two recent retrospectives at London’s Serpentine Galleries and New York’s New Museum, falls at number 18. Since 2008, her auction sales have totalled $1.8m, with roughly only a third selling for at or above their high estimate. The current auction record for her work is $461,000 set in 2015 at Swann for the sale of Maya’s Quilt of Life (1989).

Yet top-heavy prices are a chronic issue across the whole of the art market, regardless of race or gender—nine times out of ten, value for works by the likes of Picasso, Warhol or Gerhard Richter will wildly outpace the vast majority of their contemporaries. Moreover, there is still relatively little sale data over time for many women artists and artists of colour in relation to their white male counterparts, because they were systematically sidelined by the mainstream market until recently.

Additionally, the issue is systemic—the lack of parity in prices for works by Black women artists mirrors the lack of representation not just among artists, but curators, collectors and dealers, although this is slowly changing too. Dealer Mariane Ibrahim notes that when she first opened her Seattle gallery in 2012 “it was a pioneering move within my generation because of the lack of diversity”. Now headquartered in Chicago with a second space in Paris opened in 2021 and another opening in Mexico City this year, Ibrahim has built an internationally renowned programme focused on promoting “Black excellence”.

What the figures in the report reveal, if not full-blown change, is the compound effect of both sexism and racism that is only just becoming quantifiable in both the market and museum sector—and while things may be changing, true progress has yet to be seen.

World Cup Hero Lionel Messi Has Now Set a New Record for the Most-Liked Instagram Post Ever. It Was Previously Held by an Egg