Home News A Trove of 161 Ancient Artifacts Owned by a U.S. Billionaire Will... 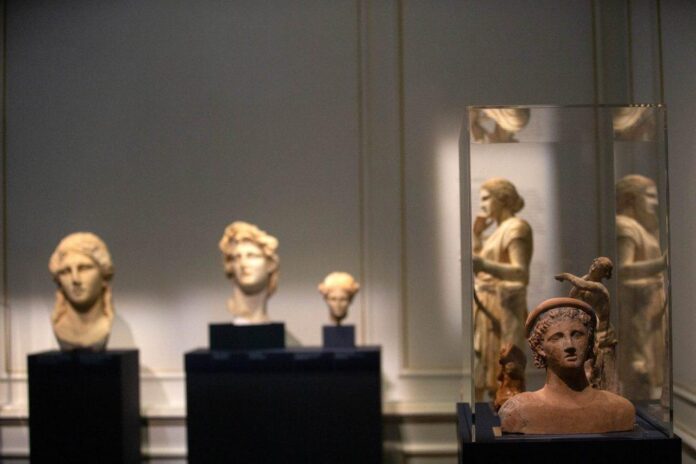 In the latest high-profile instance of restituted art, the U.S. will return a trove of 161 ancient artifacts to Greece.

Details about the deal are still largely under wraps, but the artifacts date to Greece’s Early Bronze Age Cycladic civilization, more than 4,000 years ago.

Many of the objects “are extremely rare or even unique examples of the art and artisanship of the third millennium B.C. Cycladic civilization, and offer new data to scientific knowledge of the period,” Yannis Oikonomou, a spokesperson for the Greek government, said in a statement to the Associated Press.

The collection reportedly belonged to 84-year-old billionaire Leonard N. Stern, but was being donated to a cultural institution in Delaware. A onetime owner of New York alternative newspaper the , Stern made his fortune through Hartz Mountain Industries, a pet supply company founded by his father that has since expanded to real estate and renewable energy. Stern, whose name is emblazoned on New York University’s business school, could not immediately be reached for comment through his company.

The Greek Parliament is on the verge of voting to approve legislation ratifying the agreement, which will see the collection exhibited at New York’s Metropolitan Museum of Art as well as the Museum of Cycladic Art in Athens, before going on permanent display in Greece, according to the AP.

The Met declined to comment on its involvement in the arrangement.

“This creates a procedure and a means that encourages other collectors of Greek antiquities to make similar moves… that don’t carry the disadvantages of a court process,” Oikonomou said.

Greece, of course, has long sought the return of the famed Parthenon Marbles, the statues that once adorned the Parthenon atop the Acropolis in Athens. In the early 19th century, Lord Elgin transported the ancient artworks to the U.K. Today, they remain part of the collection of the British Museum in London, despite Greek insistence they were removed illegally and should be restituted.

The Greek government is hopeful that the latest agreement with the U.S. could prove a helpful roadmap for arranging other restitution deals for antiquities that were smuggled into foreign countries.

‘Black History Month is not a checkbox—museums need to work on yearlong, holistic programming’