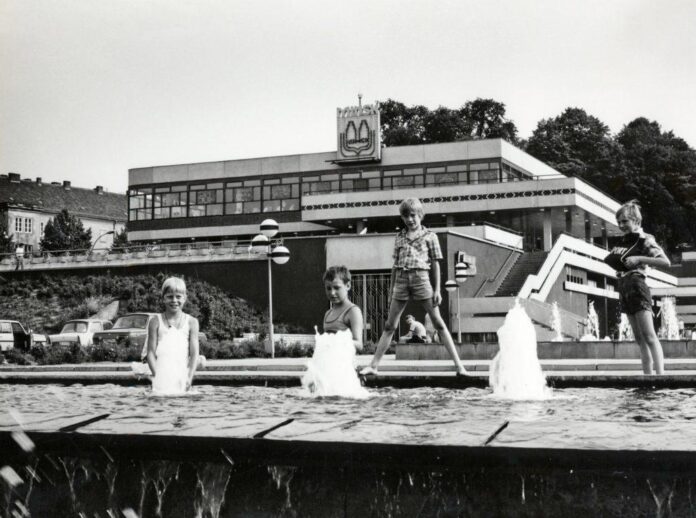 Berlin’s art institutions are about to get some serious competition. Hasso Plattner, Billionaire collector and co-founder of the software company SAP, will soon be opening a new art center in Potsdam, a city on the border of Berlin best known for its Sanssouci Palace, the summer home of the 18th century Prussian king Frederick the Great.

Plattner, who made headlines in 2019 when he was revealed as the buyer of a record-setting $110.7 million Monet painting, already opened one private museum in Potsdam in early 2017, the Museum Barberini, which instantly became a must-see (and an often sold-out) art destination. With its 4,000-square-meter (43,000-square-foot) exhibition space, the Barberini is dedicated to Plattner’s Modern and Impressionist collection, and to his unmatched holdings of East German art created in the former German Democratic Republic (GDR) and in the years following the fall of the Berlin Wall. 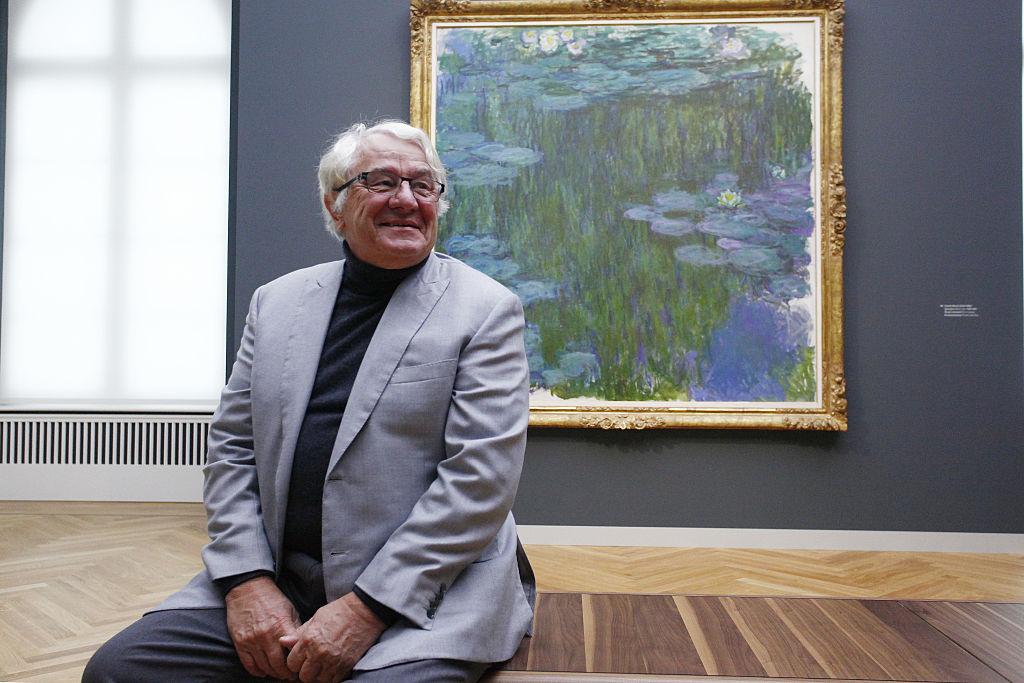 The new museum, called Das Minsk, will become a likeminded counterpart dedicated to bringing an interdisciplinary and sensitive focus on East German art contexts. The inaugural program is set to feature two artists from the Hasso Plattner Collection in separate, thematically related shows: the late East German painter Wolfgang Mattheuer and Canadian photographer and filmmaker Stan Douglas, who made work about Potsdam in the immediate post-wall years.

The new museum is itself a piece of East German history. Built in the 1970s in the modernist style of the GDR, the building once housed a popular restaurant by the same name (as a sign of cross-Soviet friendship, the namesake Belarusian capital city Minsk also had a restaurant named after Potsdam). It offered an upscale dining experience with spectacular views from its large terrace and an international menu—a novelty for most residents of former East Germany at the time. It was hard to get a table. The restaurant hosted weddings, singles’ parties, and banquets, and, according to oral histories that the museum is collecting to preserve the memory of the place, parties were wild.

After the fall of the Berlin Wall in 1989, the once-cherished haunt fell into disrepair and was largely forgotten until a few years ago, when residents of Potsdam learned that the building was set for demolition and protested. In 2019, the Plattner Foundation bought the building and began its careful restoration, gutting much of the asbestos-laden structure. 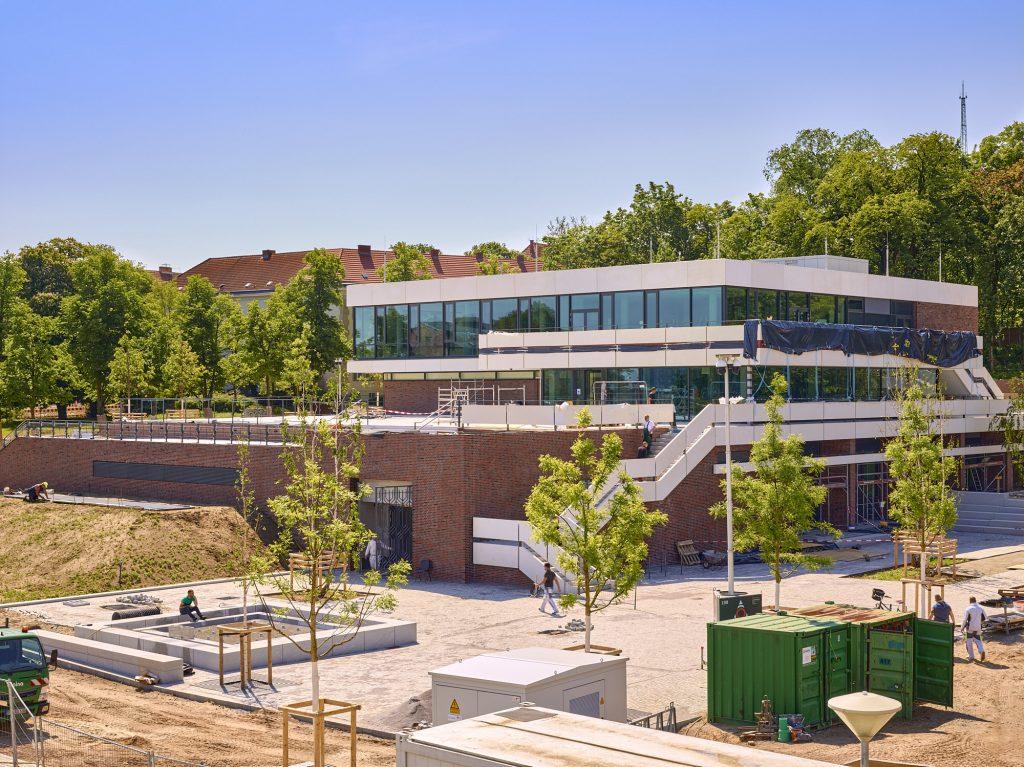 The refurbished institution is modeled on its former self, which includes the restaurant’s striking spiral staircase. The attention to detail and to East German aesthetics is meticulous: tiles originally designed by iconic German ceramicist Hedwig Bollhagen, who resided in the GDR, were produced in Brandenburg and now decorate the walls, counters, and bar.

On the building’s exterior, a yet-unrealized public work by nonagenarian artist Ruth Wolf-Rehfeldt, will be recreated from an original plan commissioned in East Germany but forgotten in the chaos of the early post-GDR years. Areas that used to be the kitchen and cloakroom have been converted into exhibition spaces totaling 900 square meters (nearly 10,000 square feet). The upper-level café, accessible without an exhibition ticket, will surely be approved by those who remember its previous incarnation.

Paola Malavassi, who joined to Das Minsk in 2020 as founding director after a four-year stint as head of the Julia Stoschek Collection in Berlin, designed an exhibition program that is “dedicated to the time when the building was constructed—but not exclusively,” she says. “Das Minsk will show works of art from the former GDR in dialogue with contemporary art and other disciplines. The complexity and contradiction of life’s experiences will be forming the point of departure for our program.” 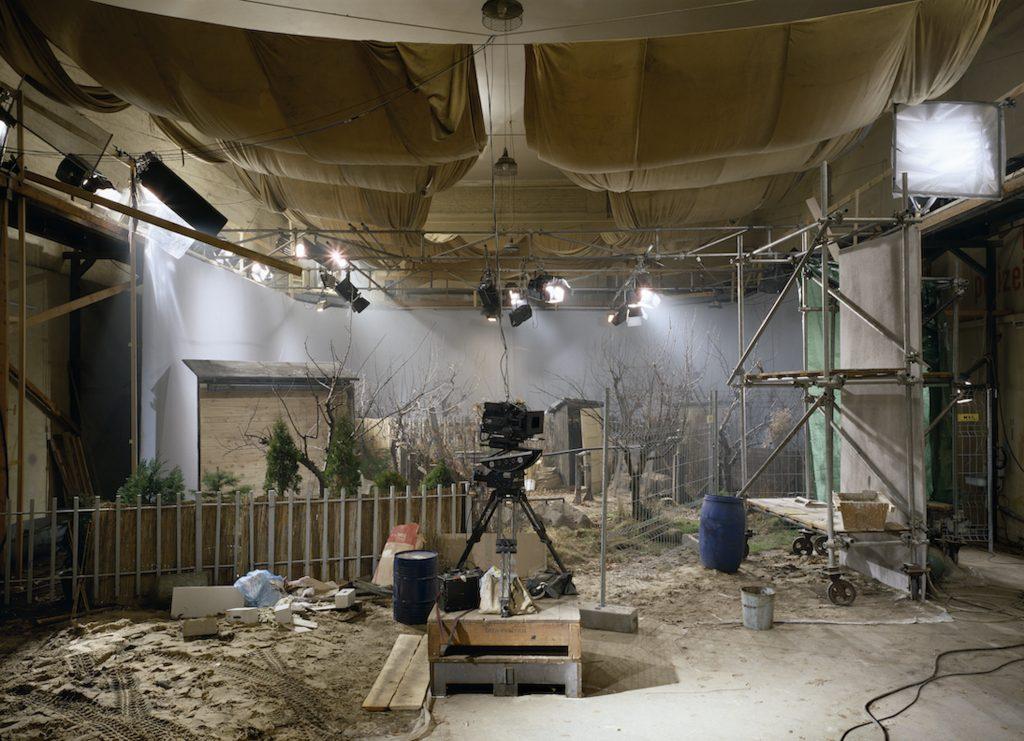 Both opening shows deal with landscapes and gardening as politically charged artistic tropes. In his paintings, rich with symbolism and metaphors, Mattheuer—who is the artist with the most works in the Plattner Collection—constantly revisited landscapes from his immediate surroundings in Leipzig, as well as his own garden. The upcoming exhibition, titled “The Neighbor Who Wants to Fly,” will span works created between 1960 to 2000 and will explore the subtle criticism of both social and environmental issues in the GDR. “Painting, like any artistic form, was a delicate undertaking in the GDR,” Malavassi says. “It was complex.”

Douglas’s show, titled “Potsdamer Schrebergärten,” features works created in the early 1990s, when Douglas came to Berlin on a residency with Germany’s prestigious DAAD fellowship, documenting the years immediately after the fall of the Berlin Wall. Interestingly, Douglas was drawn to neighboring Potsdam at the time, which he described as containing several concurrent ages: the Prussian era, the GDR, and the turbulent early post-Soviet years. Fascinated by the German garden allotments, known as gardens (named after 19th-century physician Moritz Schreber who, amid the Industrial Revolution, advocated for maintaining a connection to nature), Douglas photographed them and even recreated an entire garden in the famous Babelsberg Studios as a film set for his work (1995), all of which will be exhibited at Das Minsk.

Future programming includes a collection presentation slated for early 2023, as well as an exhibition that Malavassi is organizing together with jazz pianist and artist Jason Moran, which will focus on Louis Armstrong’s 1965 tour of the GDR. While Berlin seems unable to handle traces of its GDR past, Potsdam has found a way to address its history in a way that doesn’t disregard the people who experienced it.

Art Burns: Artists Pick the 10 Most Brutal Reviews They’ve Ever Received in a New Book of Negative Criticism