Home News A Vampire-Hunting Kit Purportedly From the 19th Century Sells for $20,000 in... 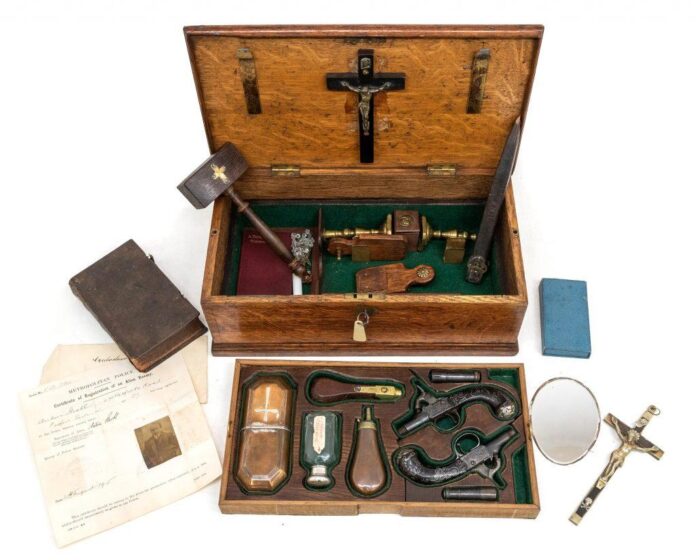 According to the auction house, the kit first belonged to Lord Hailey, a one-time administrator of British India.

“Whether through fear or fascination, it’s interesting to know a member of the highest aristocratic social order, a man with a place in the House of Lords, acquired this item,” auction house owner Charles Hanson said in a statement. 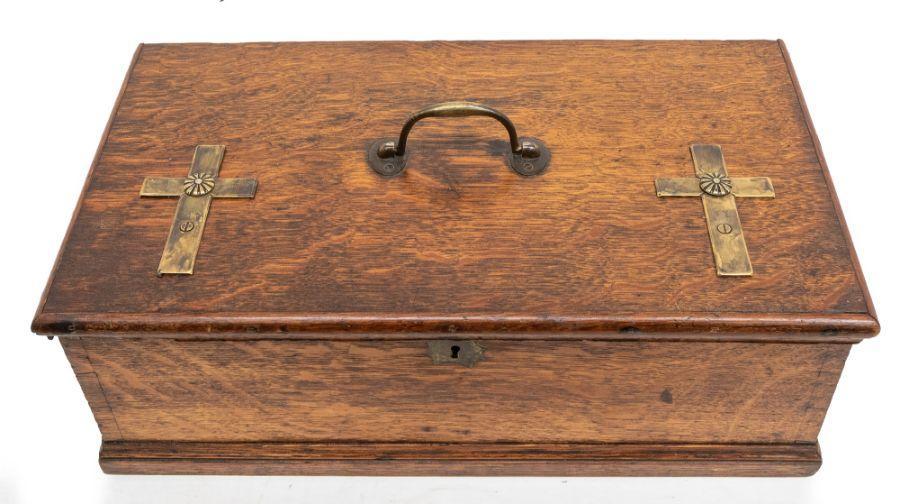 Hailey’s alleged vampire-hunting kit was equipped with all the tools one would need to survive an encounter with one of these supernatural beings. The wooden box has two decorative brass crucifixes on the lid that double as a secret locking mechanism securing the contents.

The anonymous buyer for Hailey’s kit—who prevailed in what the auction house described as an international bidding war attracting interest from France, the U.S., and Canada—is from the U.K.

Vampires have had a place in European folklore for centuries. The undead creatures are said to have sharp pointy fangs and survive on human blood. Supposedly vulnerable to sunlight, they can also be killed by a wooden stake and can be warded off by garlic, crosses, and other Christian artifacts, according to legend.

But it was , published by Bram Stoker in 1897, that really propelled them into the wider public consciousness.

Yet vampire-hunting kits from the era have been questioned by scholars who say they’re often a mix of authentic objects and artificially aged ones.

In 2014, Jonathan Ferguson, curator of firearms at the National Museum of Arms and Armour in Leeds, England, conducted a study of known examples on the occasion of an exhibition at the British Library.

“These enigmatic objects transcend questions of authenticity,” Ferguson wrote. “They are part of the material culture of the gothic; aspects of our shared literary and cinematic passions made physical. Lacking any surviving artifact of vampirism either folkloric or fictional, fans of the gothic had created one to fill the gap.” 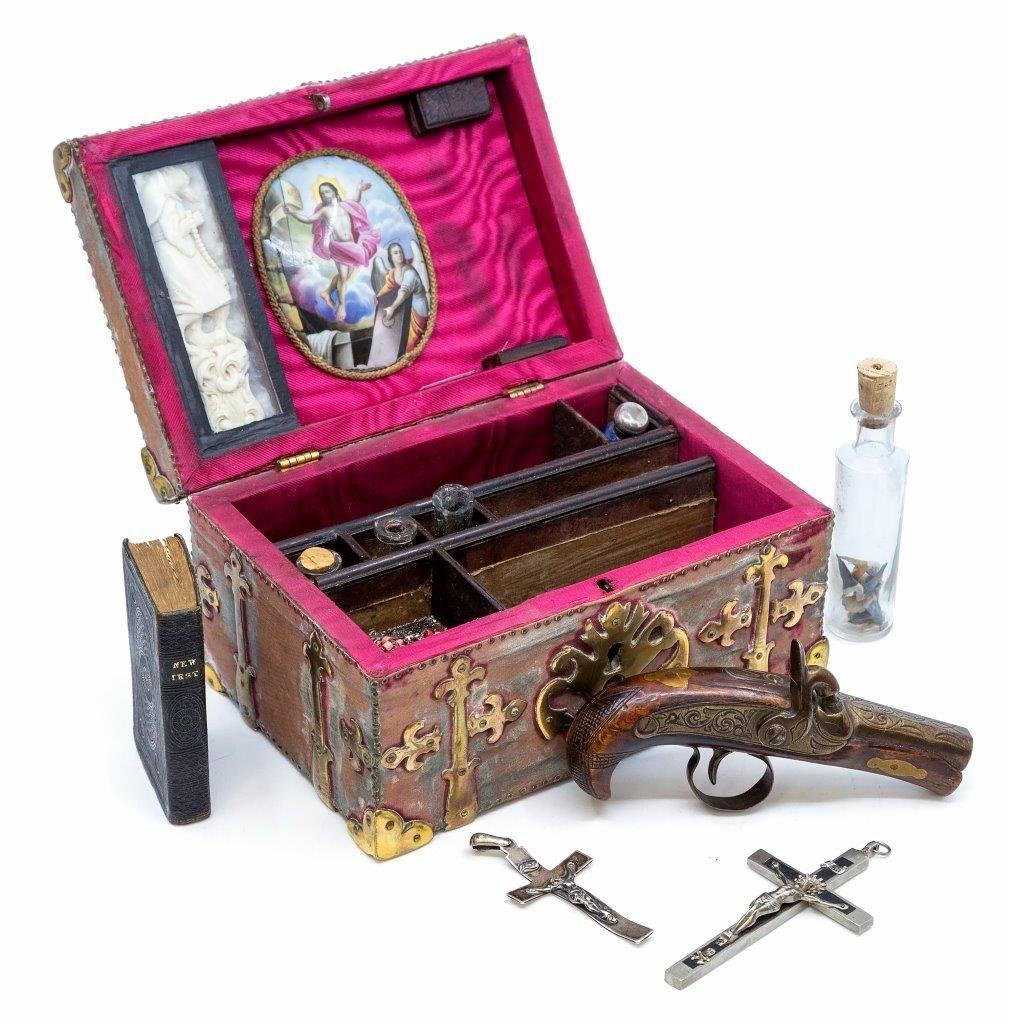 An Edwardian-era kit for killing vampires. Courtesy of Hansons Auctioneers.

In 1994, Sotheby’s openly admitted that a vampire-hunting kit from one of its sales was of dubious origins.

“I’m afraid it’s only a pastiche, a romantic curiosity,” Sotheby’s consultant Nicholas McCullough told the Associated Press. “There was never a vampire-killing kit.”

“The case itself is mid-19th century, probably English, of no particular rarity,” he added. “But presented as a vampire killing kit, it opens up whole new vistas. Everyone’s intrigued by it, from interior decorators to jokesters.”

Despite the news story debunking the kit, it fetched $12,000, the  reported.

Christian Louboutin Is Taking His Red-Soled Shoes and ‘L’Exhibition[niste]’ Show on the Road. First Stop: Monaco

New York City Has Returned $14 Million in Stolen Antiquities to Italy, Including Dozens Recovered From a Hedge-Fund Billionaire