Home News A Year of Intersections: Looking Back on the Fashion Mash-Ups, Logo-Mania Moments,... 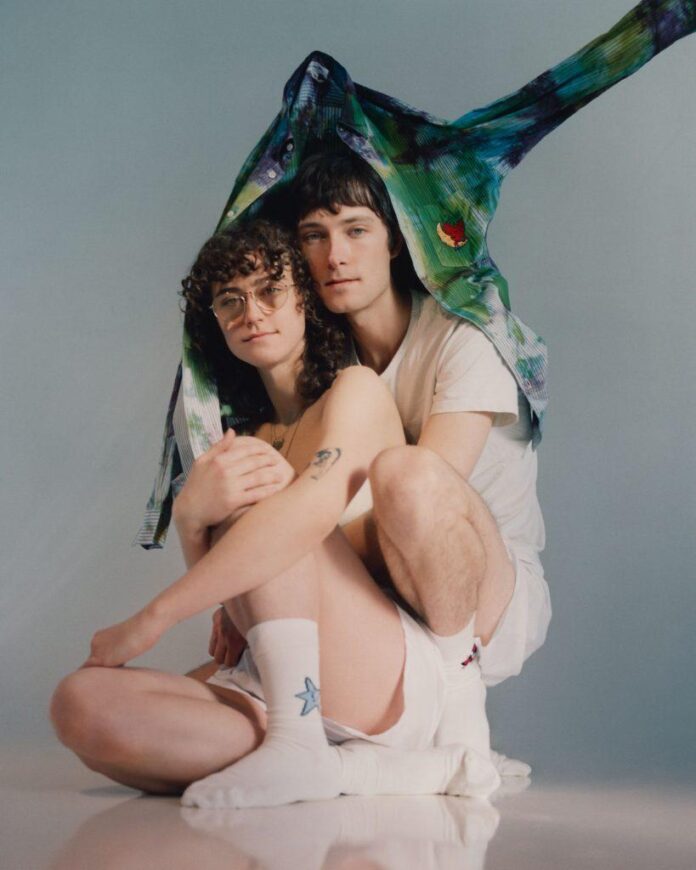 It was a dizzying year in the world of fashion collaborations. The snake eating its tail of brand on brand team-ups dominated the conversation: Fendace. Adidas Gucci. Adidas for Prada. Balenciaga/Adidas. Calm down, Adidas! The company did pull the plug on its Yeezy partnership—and we all know how Yeezy Gap Engineered by Balenciaga fared, despite its catchy name. Balmain x Barbie was just the first step. We’ll soon be firmly ensconced in an epoch of Barbie this, Barbie that cross-promotions for the 2023 film. Hope you like fuchsia! 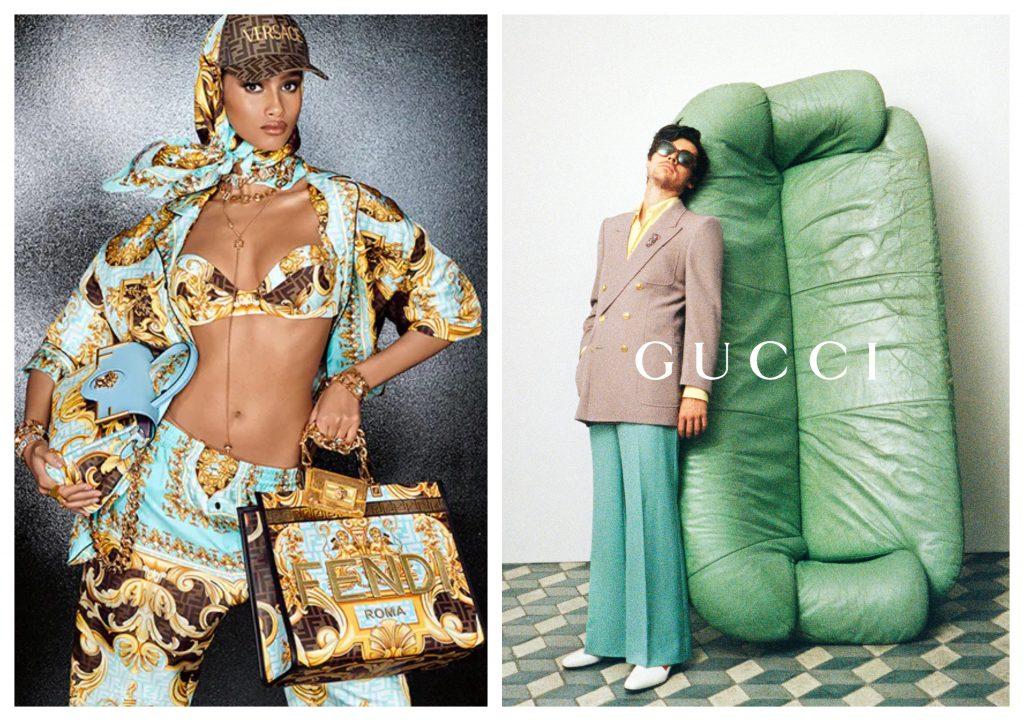 Well, everything is subjective, but many of these corporate Voltrons seemed Frankensteined together with logos instead of neck bolts—luckily, this trend seems to have crested, or I’m off to Duane Reade by Walgreens for aspirin or a bite at Pizza Hut/ Taco Bell.

On the other hand, the boundary between gift shop and museum was further blurred. Designers from Mugler to Dior to Schiaparelli to Virgil Abloh had high-traffic museum exhibition  hits. Louis Vuitton staged “200 Trunks, 200 Visionaries” in Los Angeles and New York; one left (carrying a sackful of merch) with the feeling of having been to a well-curated show instead of a brand activation —there were some cool and clever trunks! Fashion ruled at art spaces—but art wasn’t paramount in the year’s fashion collaborations.

If it wasn’t hot brand-on-brand action, it was famous faces injecting their celebrity into capsule collections. Harry Styles’s Gucci HA HA HA was a global hit for Allesandro Michele’s swan song. Calvin Klein’s Palace partnership gave us some solid basics and killer messaging with their Alasdair McLellan film and campaign. You can’t go wrong with Joan Collins and puppets. Per usual, The North Face and Supreme teamed up with everyone to make them more mountaineer and streetwear, respectively (whomever has the highest price tag always wins that aspect of the brand meld, though). Supreme’s Burberry pairing was a smooth tartan move before creative director Riccardo Tisci’s departure. It’s still hard to recover from their infamous Skittles collab of 2021, however, the nerdiest nadir in Supreme’s drop history. Never forget! 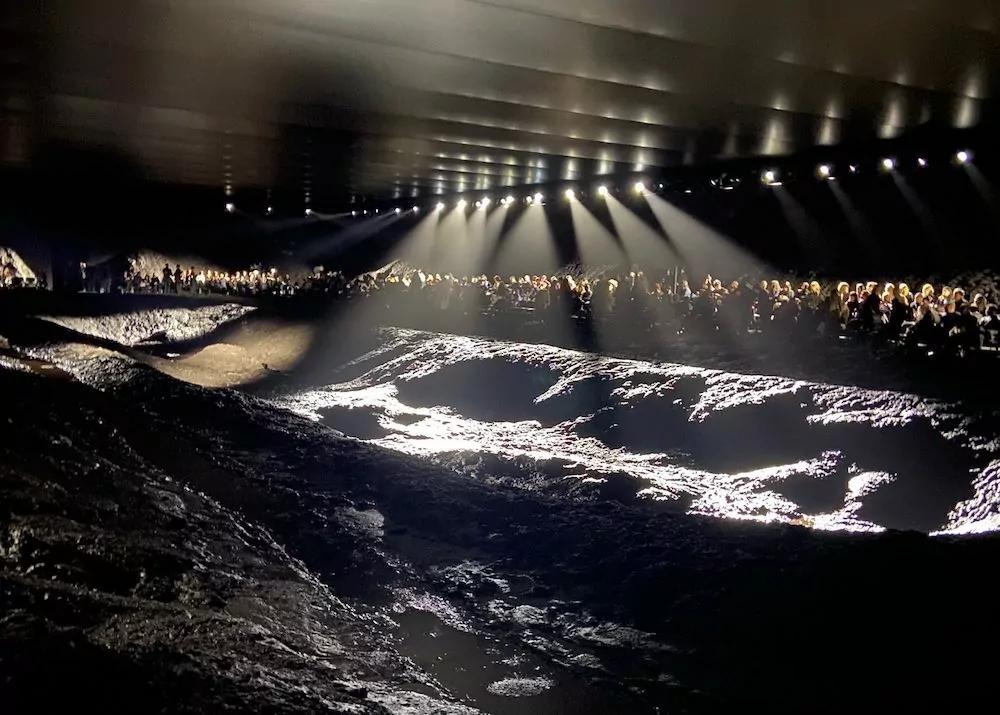 The stage was literally set in 2022 for for art’s revenge in 2023, with artists designing the runways of heavy-hitters like Celine, Dior, Hermès, and Balenciaga. But artists’ input on the collections themselves wasn’t as widespread as years’ prior.

But don’t tell that to Daniel Arsham, who was sure a busy bee, pumping out everything from jewelry to hotels to bathroom sinks to a smartphone, his own brand of apparel. Arsham has truly made an art out of the brand collaboration. (I’d suggest he team-up up with Adidas, but he’s totes already done it.)

Here is a smattering of some art/fashion moments of 2022 we didn’t cover but are still resonating. On to 2023! 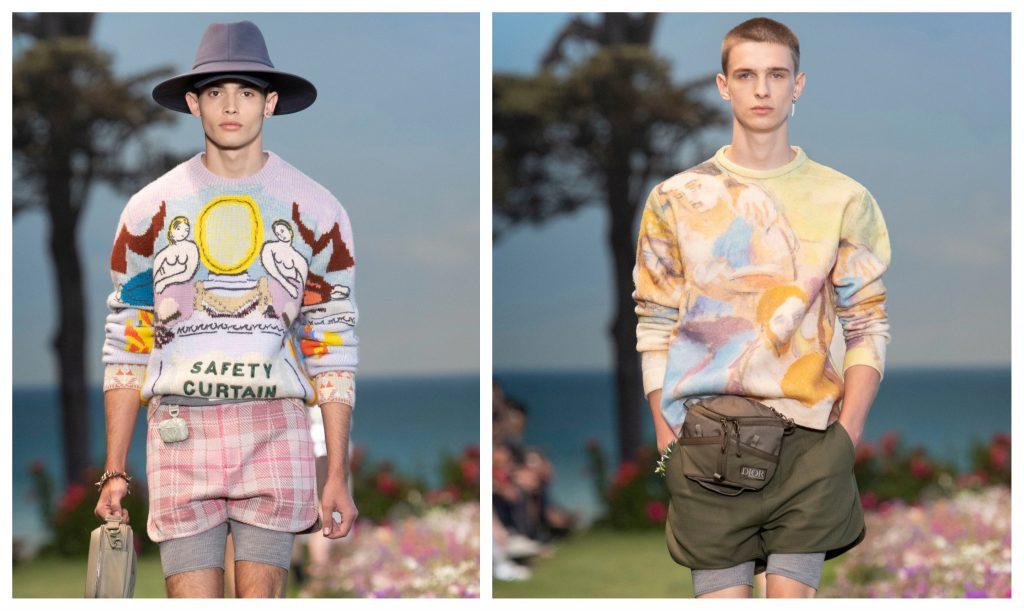 For the summer 2023 collection, creative director Kim Jones took inspiration from the Bloomsbury Group multi-hyphenate Duncan Grant. Primarily a painter, Grant was also a textile designer, potter, and scenographer, as well as a clandestine illustrator of homosexual erotica and a passionate gardener.

Jones recreated Grant’s country estate, Charleston, and its gardens for the runway and delivered a bucolic romp through Grant’s oeuvre and predilections in all their sumptuousness and contradictions. It was a refreshing and clever swerve from streetwear go-to’s like prior collaborators KAWS and Raymond Pettibon. But with his take on Grant, Jones wasn’t faking the funk but looking inward and following his muse: He’s been a a hardcore Bloomsbury aficionado since he was 14. 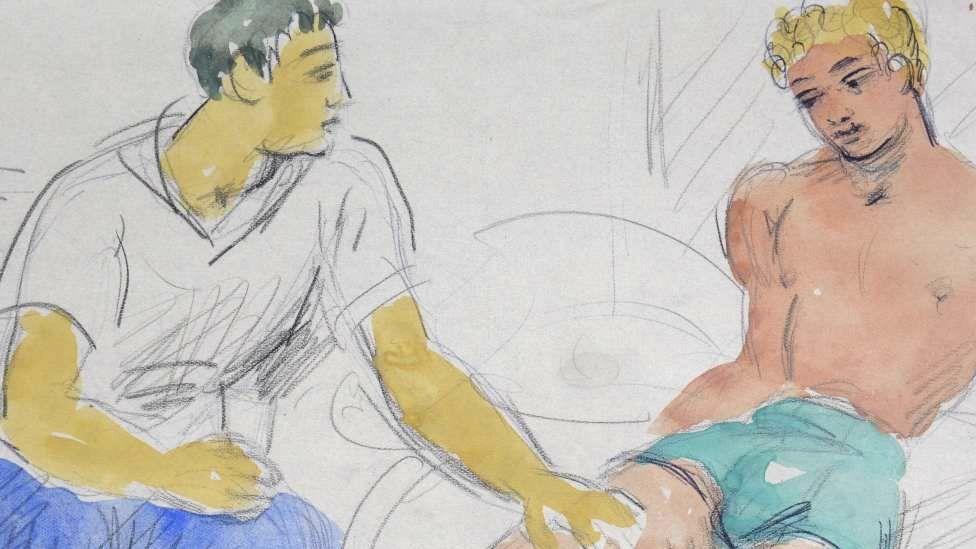 Duncan Grant, detail from an untitled drawing (c. 1946–59). Photo courtesy of the Charleston Trust, © The Estate of Duncan Grant, licensed by DACS 2020.

If Leonardo da Vinci found out about the seventh capsule collection between the Italian luxury brand and skate behemoth, he’d roll in his grave and say, “Finally!” The Mona Lisa smiles because she’s on a waterproof tech anorak. 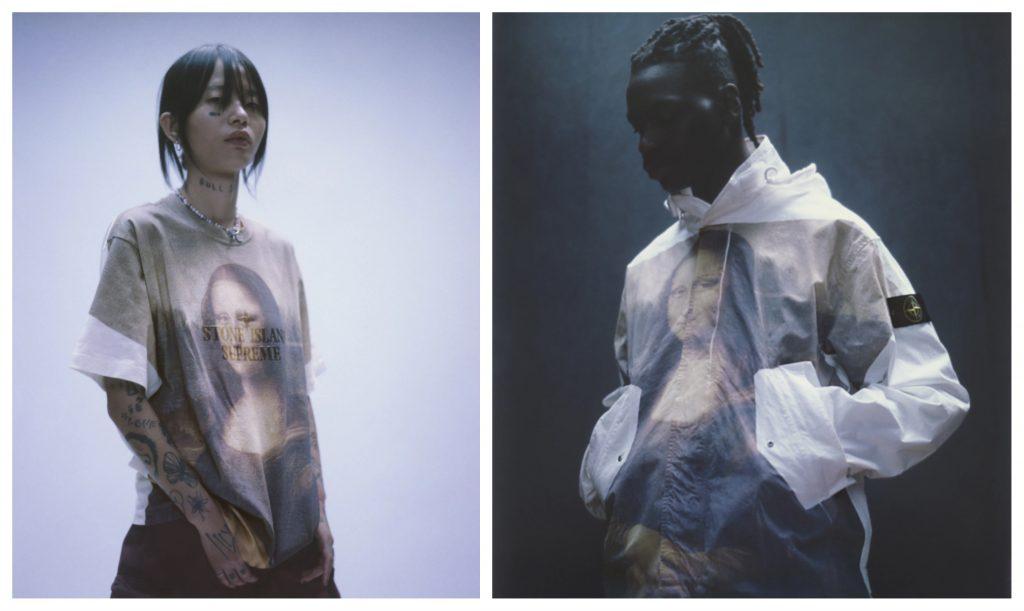 People are soon going to start referring to Damien Hirst as “Cass Hirst’s dad” because his son’s shoe designs are so dope. The junior Hirst (who goes by the mononym Cass) has produced four styles of Prada’s iconic America’s Cup sneaker in 22 variables.

Kicks have always been Cass’s canvas; he started decorating Nike Air Force Ones at age 14. His spray-painted first iterations were snapped up by the likes of A$AP Rocky, Playboi Carti, Offset, Rihanna, AJ Tracey, and the late Virgil Abloh. 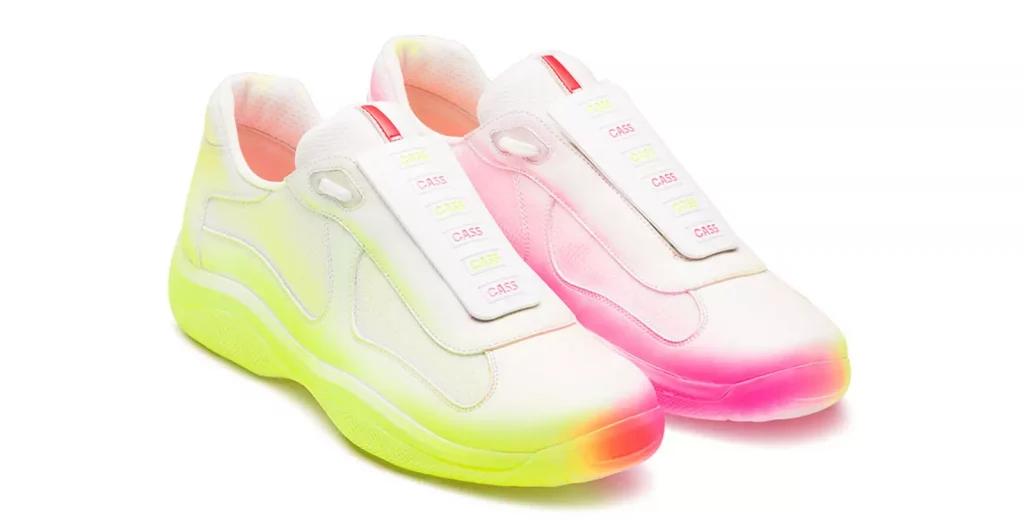 Maybe this is projection (or just reading too much into the logo of a strawberry nuzzling with the moon), but a sense of tranquility oozes from multimedia artist Dan Colen‘s Sky High Farm. The actual working farm and its new clothing offshoot are swiftly becoming a cultural juggernaut. And it reeks of good vibes, thanks to 100% of profits from this Comme des Garcons SHIRT collaboration going to benefit the nonprofit’s mission to “make nutritious food grown with regenerative farming methods accessible to communities in need.”

Do-goodery never looked so good. The selection of button-ups and Ts are a quirky, sustainable melding of both brands. They don’t skimp on tie-dye, which surprisingly doesn’t come off as retro, but all the more modern. Someone’s got to be optimistic these days. You might never have thought it would be Rei Kawakubo and Dan Colen spreading the cheer—but it’s fab. 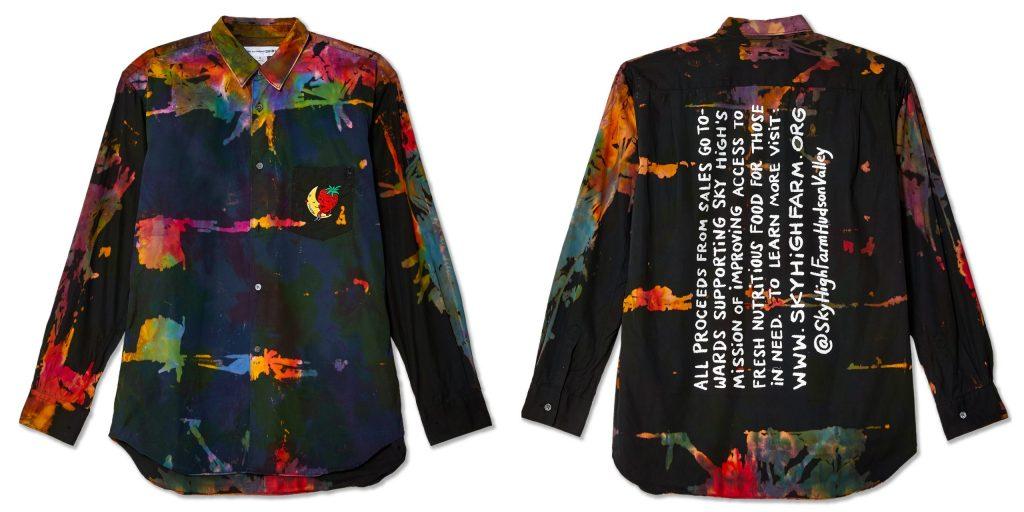 You can’t really be subtle to fight the good fight, now can you? Courtesy of Sky High Farms Work Wear.

Celine is such a part of the menswear vernacular, it’s weird to think that Celine Homme has only existed since 2019. Creative director Hedi Slimane is inspired, besotted, and obsessed by art: It factors into every collection, and he ropes in big names and unknowns he sources from Instagram to contribute to broad and small strokes to garments and runway and soundtrack design. For each outing, he tends to assemble a motley but transitory team. For his “Dysfunctional Bauhaus” summer ’23 show, he worked with the estate of Swiss artist David Weiss, of the duo Fischli/Weiss, along with Peter Fischli to splash ocean-wave drawings and watercolors across accessories like skateboards and totes. 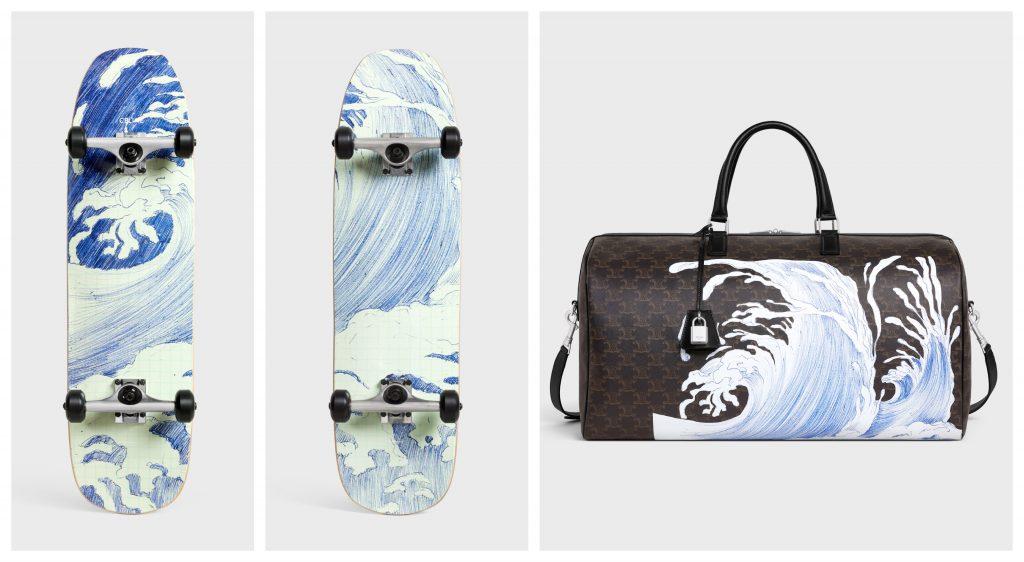