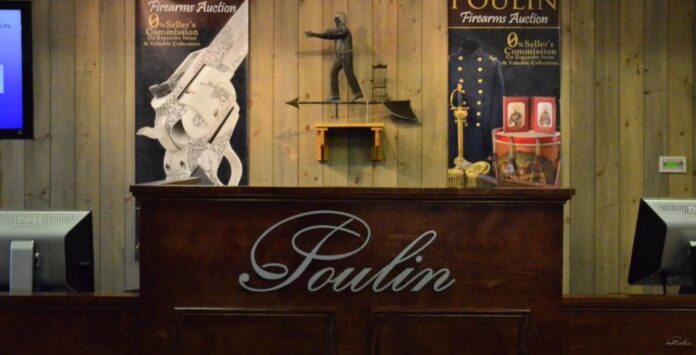 An American auction house that specialises in militaria was raided earlier this year by the Federal Bureau of Investigation (FBI) for allegedly offering a Native American scalp for sale on its website.

Poulin Antiques and Auctions in Fairfield, Maine, described the lot as a “Mescalero Apache scalp” obtained from a person killed at an unknown date in Johnson’s Run, Texas, and obtained by a third party in 1899. The search warrant was executed in May after the FBI received an anonymous tip concerning the sale.

The object “purported to be a Native American scalp appears to be a leather-like substance with long strands of black hair follicles coming out of it”, the FBI agent Timothy J. Theriault said in an affidavit. “Attached to the scalp is an old yellowed hand-written tag.”

The sale and ownership of Native American human remains is prohibited under the Native American Graves Protection and Repatriation Act (NAGPRA). The law requires federally-funded institutions to report their holdings of Native human remains and funerary objects to facilitate their repatriation, and also prohibits any trafficking of such material without the explicit consent of the next of kin or the affiliated tribe, including those excavated and acquired before NAGPRA was enacted in 1990.

No charges have been filed against the representatives of the auction house, who could not be reached for comment at the time of this publication and have declined to offer statements to other outlets, citing ongoing legal procedures. The listing in question has been removed from the auction house’s website.

Because there is no federal law prohibiting the sale or ownership of non-Native human remains, “there is currently a process underway to determine whether the item is human, whether it is Native American and whether, if Native American, the remains are that of a person who was a member of a particular tribe”, the assistant US district attorney Joel Casey said in a statement last week.

“If investigators determine that the remains are those of a Native American who was a member of a particular tribe, efforts will be taken to repatriate the remains back to the tribe for interment,” he added. “All of these efforts will be taken in consultation with the Bureau of Indian Affairs and relevant tribal authorities and conducted in a culturally sensitive manner.”

The Mescalero Apache Tribe is a federally-recognised tribe that has nearly 65,000 enrolled members and governs a 463,000-acre reservation in south-central New Mexico. Further analysis will reveal if the scalp is eligible for repatriation to the tribe, whereafter it would be reburied according to religious customs.

The family-run Poulin auction house was founded in the 1950s. Some benchmarks in its history include world auction records for Confederate uniforms and the second-highest record for a Confederate flag, which it sold for $230,000 (est $250,000-$450,000) in 2020. It also frequently offers artefacts related to slavery and Nazi memorabilia like nearly-complete SS uniforms.

See the Early Art of Sarah Sze, Kehinde Wiley, Dana Schutz, and Other Stars Before They Were Famous

The Back Room: Surreal Season