Home News Abstract in Atlanta: Tiffany & Co. Celebrates Its New Flagship With a... 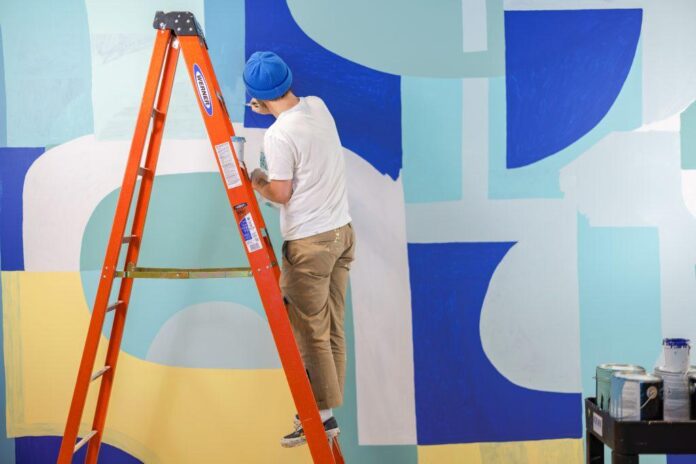 He said of the piece, “It’s kind of a combination of my language with more of a Tiffany color palette.” 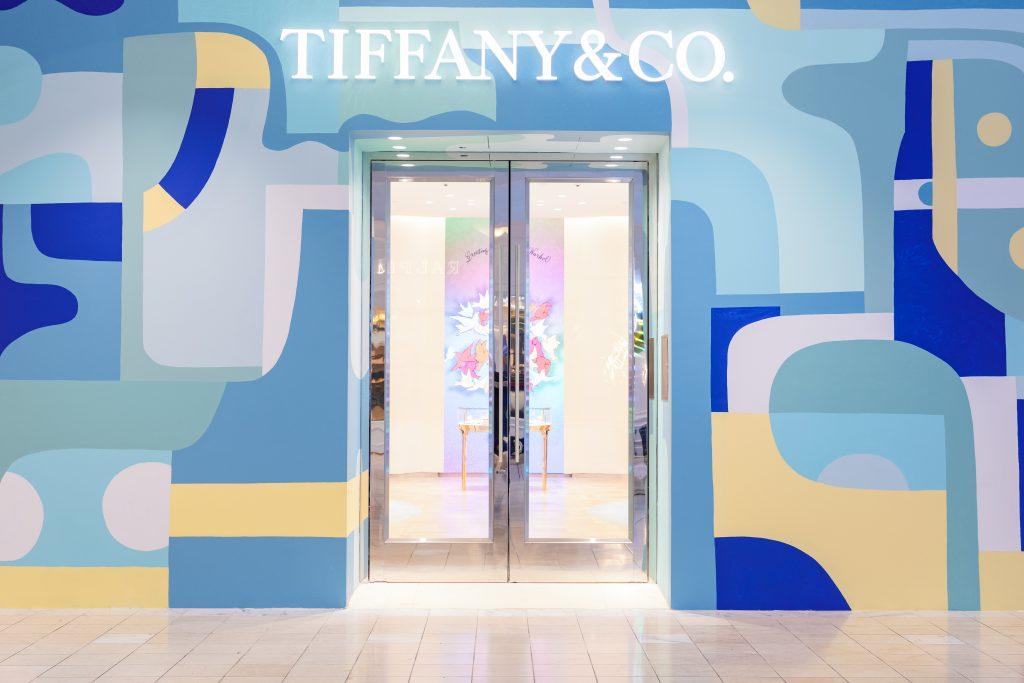 Yes, variations of the trademarked Tiffany Blue dominate. Pops of yellow nod to the brand’s legacy gemstone, tanzanite, and of course the iconic Tiffany Diamond. The 4,700-square-foot flagship is in high-end Lenox Square, and represents the new design direction of Tiffany & Co. spaces. They’re at once contemporary and inviting. A Lobmeyer chandelier composed of Tiffany Blue crystal hangs above curvilinear walls, rounded displays cases, and blond oak parquet flooring. Brewer’s mural serves as a portal to the space. 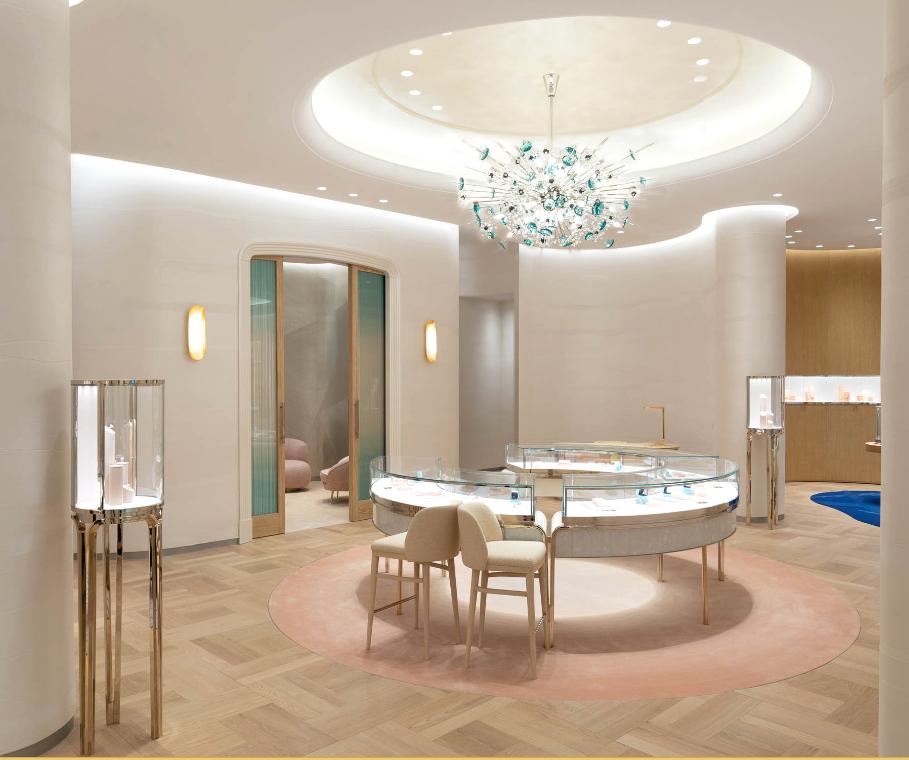 “I kind of played off the direction that they were going with their new store,” Brewer said of his mural. “I basically used my current vocabulary, curves, and interlocking forms, but then also just started to kind of think more about the softness of their store.”

Brewer has come a long way from his graffiti beginnings, which was perfect on-the-job training to learn how to seamlessly place art in the public sphere. He still uses his tag name, Hense. “It’s been a while since I’ve done any unsanctioned work,” he said. “The last decade and a half has been focused on public art projects and studio work.” 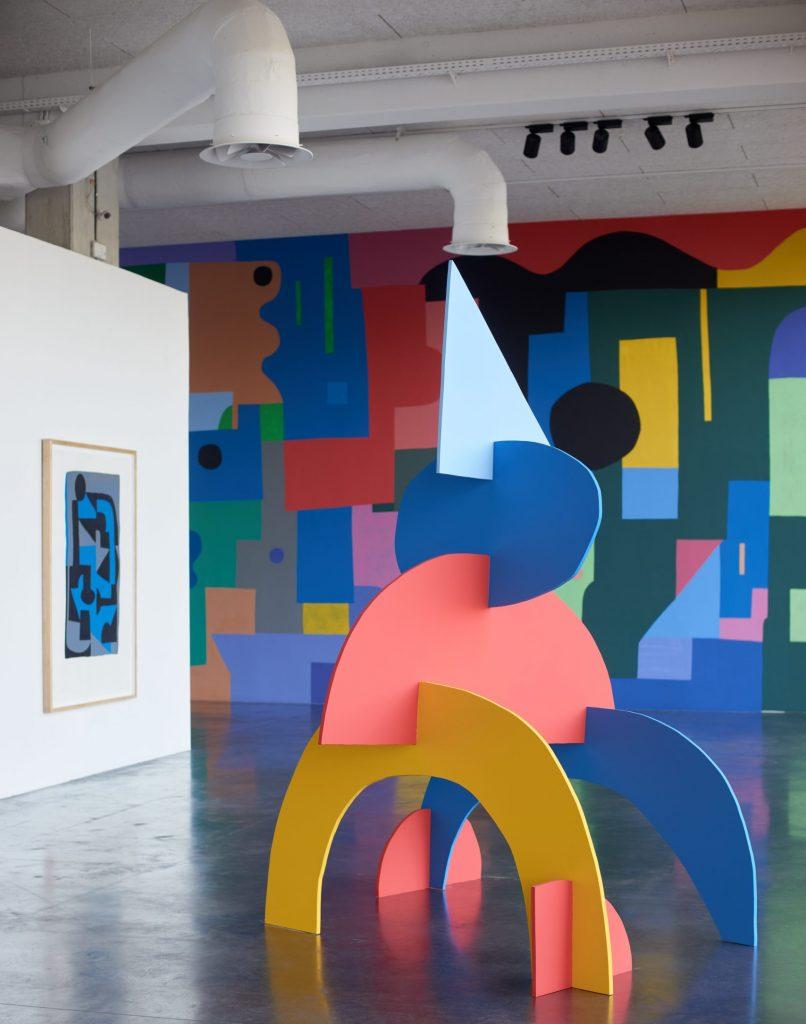 Brewer’s in-demand and colorful public works abstractions have been commissioned across a wide swath of states and in international locales as far-flung as Taipei, Taiwan; Cologne, Germany; and Lima, Peru, which was home to his most massive project to date, spanning 136 by 170 feet. He’s also had solo gallery shows in Rouen, France; Seville, Spain; and yes, Atlanta.

Passersby can enjoy the Tiffany & Co. mural until late spring 2023 when it’s dismantled to benefit an as-yet-undisclosed charity. “It’s a sustainability approach,” Brewer said. He will section off the pieces, sign the components, and turn them into smaller artworks— perfect for Tiffany Blue pops in any interior.