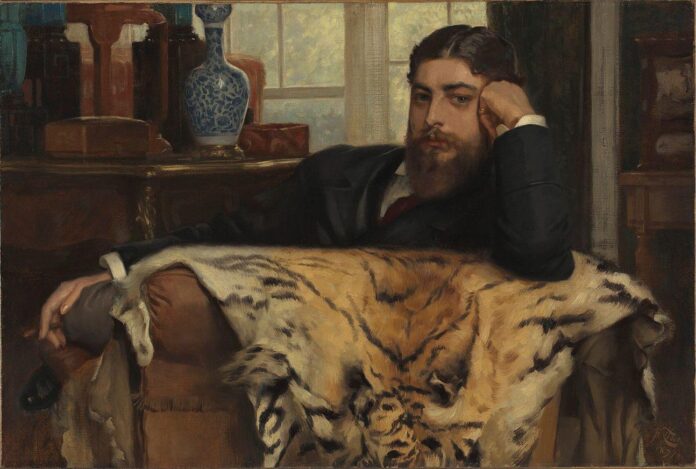 The National Gallery and National Portrait Gallery in London have jointly acquired a portrait by Jacques Joseph Tissot (1836-1902) following a temporary export bar. The portrait of Marsden, an art dealer with roots in London’s East End, was acquired with the help of his descendants. Marsden’s family were Jewish entrepreneurs who rose from poverty to amass a fortune by establishing a business in ready-made clothing. Executed in the artist’s studio, the painting shows Marsden at his most successful—but, just four years later, he would file for bankruptcy. The painting was never exhibited in Tissot’s lifetime but is now regarded as a masterpiece of the Aesthetic movement.

A chandelier that Frank Lloyd Wright designed for a “Usonian Automatic Home”, the earliest of seven that were constructed, will join the Kirkland Museum’s collection of more than 120 works by the US architect. The Benjamin Adelman Residence in Phoenix, Arizona was completed in 1951 and is one of three homes (two that were realised) that Wright designed for the owners of a laundromat business from Wisconsin. It features the signature flat-roofed, modular cast-concrete block system of Wright’s Usonian theme but was covered with mahogany panelling during an interior redesign that Wright oversaw in 1957. The chandelier, made of translucently coloured geometric cut-outs and a mahogany fixture, was likely installed during this time. When removed, it was one of the last relics of Wright’s original vision for the home, which has undergone several changes over the years. The piece will be permanently installed in the museum.

The collection of Alexis Gregory

Twenty-eight works bequeathed to the Frick Collection in 2020 by Alexis Gregory, the late collector, author and art book publisher who founded Vendome Press, are on show in The Gregory Gift (16 February-9July) at Frick Madison. Gregory amassed an eclectic collection spanning pastels by Rosalba Carriera, Limoges enamels and other noteworthy pieces such as a carved ivory rhinoceros horn cup, which experts believe was made by the renowned 17th-century German artist Johann Michael Maucher.