Home News ‘Having Agency Is Exactly That’: How Director Crystal Whaley Masterminded the First...

In writer and director Crystal Whaley’s debut documentary The Sound She Saw, venerated photographer Renee Cox looks intently into the camera and unflinchingly admits, “I want power. I’m not interested in not having power. Why would I do that to myself?” Throughout the rest of Whaley’s vital 50-minute film, Cox and five other Black women photographers, ranging intergenerationally from emerging to established, including Jeanne Moutoussamy-Ashe, Adreinne Waheed, Lauri Lyons, Dana Scruggs, and Fabiola Jean-Louis, do exactly just that.

As Black women image-makers, they take back their power in a world that has vilified us from the dawn of time. Whaley’s lens is thoughtful and informed; the film’s title draws inspiration from Roy DeCarava’s essential monograph, the sound i saw; and we see the six photographers freely sharing how they’ve navigated their careers as unapologetic Black women artists. ‘s editor in chief, Marielle Bobo, rounds out the cast as a Black woman editorial gatekeeper, who’s served as a gate-opener for Black photographers for more than 20 years. 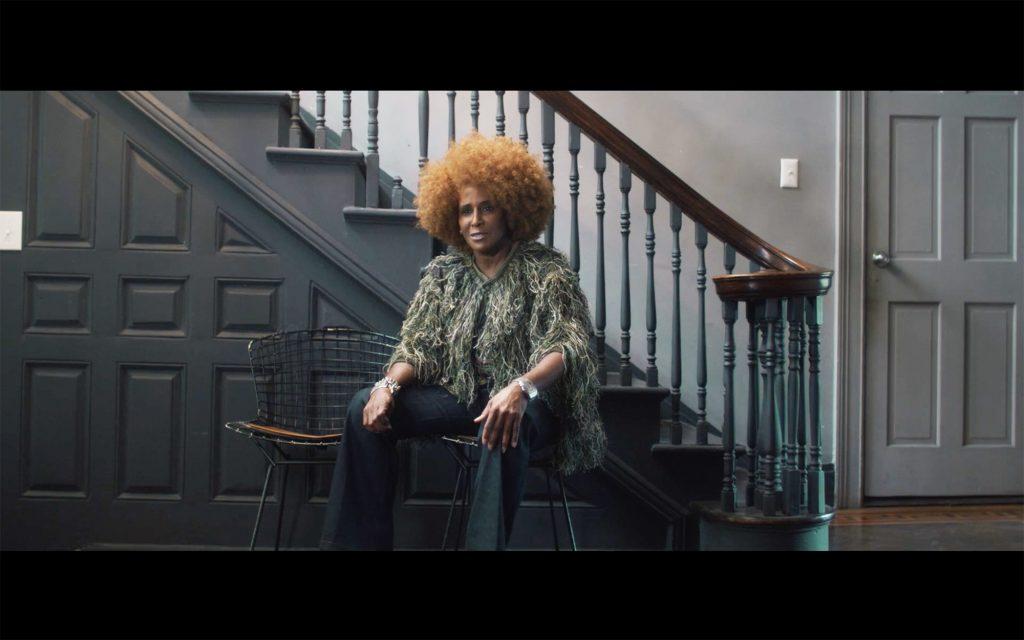 Screenshot from the trailer for , featuring Renee Cox.

A common thread throughout TSSS is the historical erasure of Black women photographers. Whaley’s film is very much an artistic descendant of Moutoussamy-Ashe’s groundbreaking book Viewfinders: Black Women Photographers (1986), a first-of-its-kind publication chronicling Black women’s contributions to photography from 1866 through the mid-1980s. In the film, the photographers reflect on being self-starters, facing controversy when they asserted control over Black narratives, and undoing the centuries-long damaging media representation of Black people (primarily Black women) one humanizing photograph at a time.

In 2022, TSSS was an official selection at the St. Louis International Film Festival and Reel Sisters of the Diaspora Film Festival, and has already garnered a few accolades including a Best Documentary nomination at Bronzelens Film Festival of Atlanta, Georgia. Whaley, a veteran creative producer and development executive for television (and three-time Emmy Award winner), spoke with Artnet News on the care, urgency, and passion she practiced as a Black woman director of the first film to enshrine Black women photographers and their visual legacies. 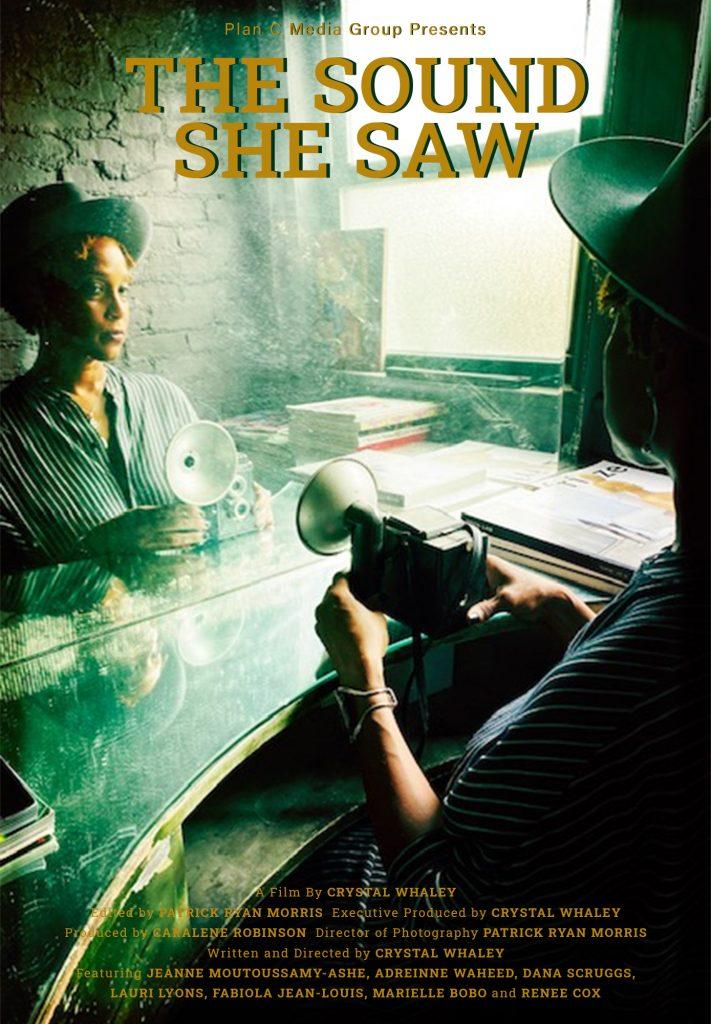 I grew up in a time where, in terms of publications, you didn’t see many of us. And what I did growing up as a teenager, and then in my college dorm, I had images of all the Black women models that I could find in W magazine and Vogue. There were a couple that were starting to come out: Naomi Campbell and Beverly Johnson were already there. I’ve been passionate about Black women and girls forever and a day.

I had been in TV and film; I also had been a writer for magazines and I’ve shot for them. I understood there was a way that we could get Mfon done. These two women [Mfon co-editors Adama Delphine Fawundu and Laylah Amatullah Barryn] were friends of mine, so I came on board as deputy editor. I also wrote in that book about the actual photographer, Mmekutmfon “Mfon” Essien, and one of my images is also in the book.

You have a decades-long TV and film career. What was the transition into directing your first documentary like?

I always had the bug to direct, because I was a producer for so long and the nature of producing is making someone else’s dreams happen. And so at this point, I had been producing for almost 24 years. We were in the middle of the pandemic, and this was an opportunity for me to go ahead and pull the trigger. Everyone had been in my ear for everything. I was challenged by a friend of mine who ended up being my producing partner on this project: “What date are we gonna shoot?” And I was like, “Oh, a date?” With The Sound She Saw, I wanted to feature Black women photographers from all genres, different ages, and different moments. 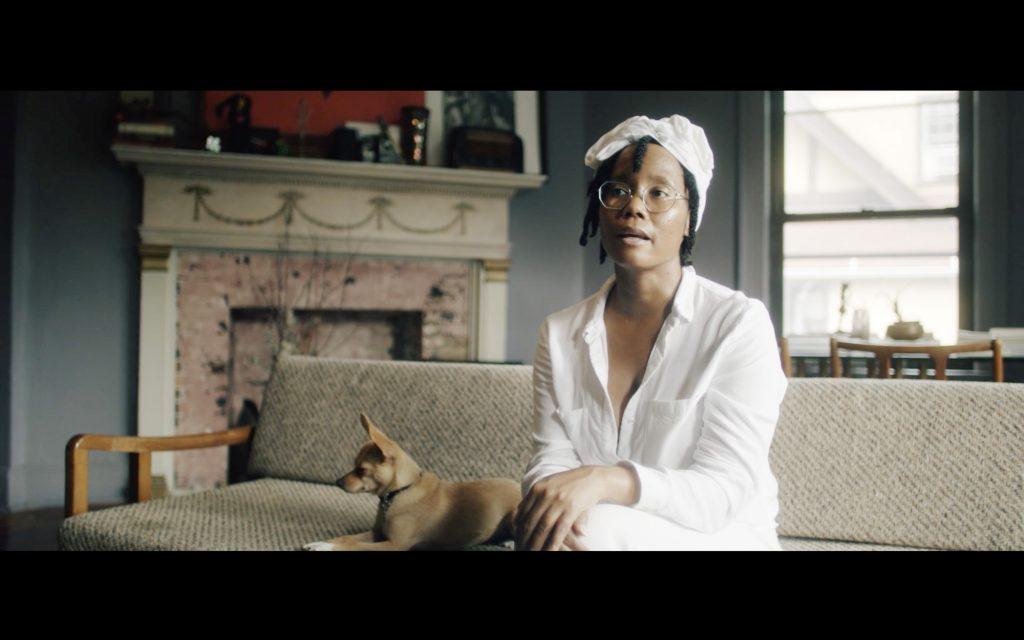 Screenshot from the trailer for , featuring Dana Scruggs.

During filming, were there any obstacles (physical, mental, etc.) that you had to overcome to complete it?

It was so easy and beautiful. These women basically were like, “Okay, where do I need to be?” I got no resistance at all. I feel like that speaks to the nature of the project. It also speaks to the rapport that I had with these women. And just the importance of it, because it’s the first of its kind, a documentary about Black women photographers. We’re talking about agency and controlling the narrative. And they felt like it was crucial to be present.

I crowdfunded this project through Seed & Spark, and I was able to raise everything within the first five days. We had just had the first summer of the uprisings. Then all of a sudden, we’re vanity pieces, in the sense that it’s important to have Black crews and, you know, the whole diversity and inclusion questions. Is this vanity or is this real? There was a demand for Black creatives, specifically Black women creatives. It was the perfect storm in a sense. We shot for two days in June 2021. I had a minimal crew and 80 percent of my crew were Black women. They were all so very gracious and gave me so much more. The depth of where they went and how much more I got outside of pointed questions was amazing. It literally was supposed to be a short film, so as we’re talking, I’m like, “This is a series, let alone a single documentary.”

You featured an intergenerational and compelling group of Black women photographers, from Fabiola Jean-Louis to Renee Cox. What was the process in selecting them?

I wanted to make sure that I hit different types of photography. Fabiola is multi-hyphenated: I wanted her, because she creates all of the costuming that you see in her photographs from paper. I wanted Adreinne Waheed specifically because she’s in the streets and she captures moments that are very intimate with Black folk. I wanted to make sure that she was able to talk about her archive (acquired by NMAAHC in 2015). She’s controlling it in a way that she’s making sure that it’s preserved where it needs to be.

Jeanne, she’s the one that wrote the book [Viewfinders: Black Women Photographers, 1986]. That was the first time that we were able to read and to see that Black women have been a part of this art form since its inception. Plus, I love her work. Renee, I had a relationship with, because Mfon was a personal friend of mine and was also an assistant to Renee back in the early ’90s. Renee’s work is just phenomenal; plus, she’s so fearless. I wanted to anchor the documentary with those two [Jeanne and Renee].

In Dana Scruggs, I wanted to have someone that really kind of concentrated on the Black body. Our bodies have been politicized so much, abused in all the ways, but specifically around the time of the uprisings [in 2020]. It’s almost like a reverence that she places with the Black body, specifically the Black male body. She has done commercial work, and her work has been on covers of magazines, and that’s rare for Black women photographers.

Lauri has been around for a bit. A lot of her work is a worldview and also taking a stand for something. To her credit, she does everything herself. So she’s always been the captain of her own ship. 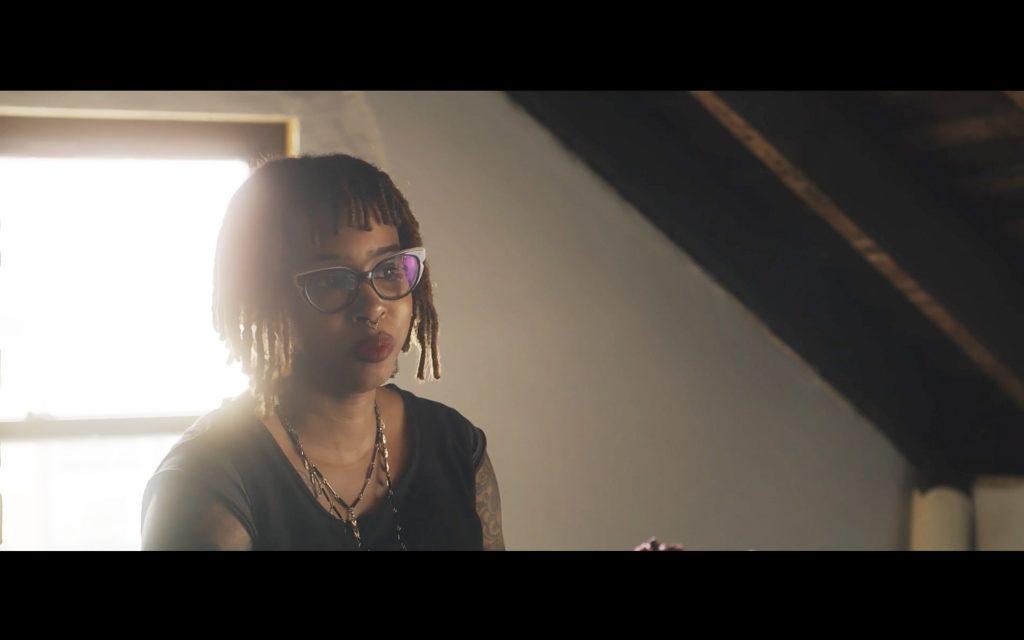 Screenshot from the trailer for , featuring Fabiola Jean-Louis.

I really appreciated Marielle Bobo’s perspective as a Black woman creative who isn’t a photographer. With over two decades’ worth of editorial experience, she has seen the pendulum shift, and the way mainstream brands and publications are now scrambling to hire Black (and Black women) photographers.

I included Marielle Bobo’s perspective because she is one of the Black women I can count on one hand who are gatekeepers for creatives, and there has to be someone in the room. There has to be someone that understands how we’re photographed, and making sure that we have a voice at these large tables, since we create the culture, and our culture is the popular culture. To have her perspective was to make sure that the viewers understood that, yes, you can also write and control the narrative and have agency through this particular avenue. If you’re not specifically an artist or a photographer, you can still be a part of that.

As I watched TSSS, I kept coming back to the idea of agency—you as a Black woman filmmaker telling this narrative, and the photographers themselves lensing Blackness in its infiniteness. Can you talk about this?

I understood that this is the first documentary about Black women photographers specifically, but it also was an exercise in highlighting the artists, including Marielle, highlighting their agency in real time. But also my agency as a filmmaker is being allowed. It’s almost having agency on both levels. Me being the filmmaker, having agency in order to make sure I’m amplifying their stories of having agency. Having agency is exactly that. A very clear and distinct point of view without any apologies and without any permission. It’s really betting on yourself and your work and seeing it through. So this was also exercise for me, giving myself permission to direct, but also having the honor to amplify just a little second of their stories.

The Sound She Saw