Home News ‘The Party’s Over’: Art Market Players Brace for an Anxious 2023 Amidst... 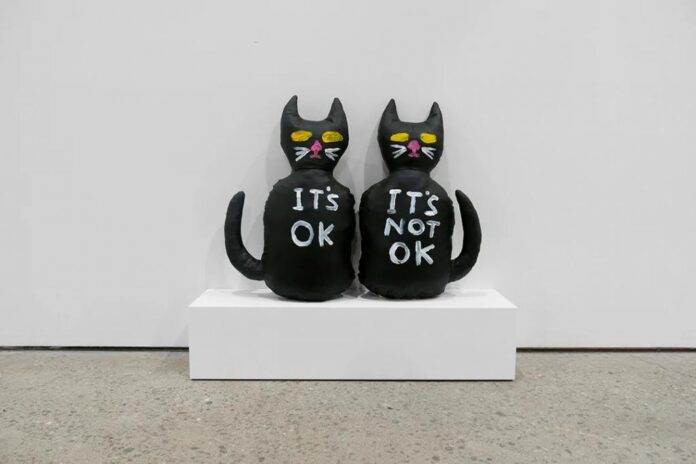 We’re not in Kansas anymore.

As the art market enters 2023, jitters are rippling through the ranks of dealers, advisers, and shippers. They say: Miami was a mixed bag. They say: Things that used to sell out now linger. They say: Buyers demand bigger discounts. They say: People aren’t getting paid. They say: New buyers are now on the sidelines, spooked by prices that suddenly seem too high and quality of art that suddenly seems too low.

Federal banks, meanwhile, are expected to keep raising interest rates to stem inflation. The financial markets remain volatile, and the war in Ukraine approaches its one-year mark. The tech industry is laying off thousands of people. Crypto is in shambles. Goldman Sachs titled its outlook for 2023 “Caution: Heavy Fog” and this week began laying off 3,200 people, or roughly six percent of its workforce. Wall Street prepares for weak bonuses.

The art industry faces its own hangover after the boozy bacchanalia of the past two years. “The party’s over,” said a director of a successful, mid-size gallery. “The lights are on. And you are like: ‘Eww, who was I dancing with all night?’ That’s where we are now.”

The pandemic-induced free-for-all in art purchases looks like the thing of the past. Sure, things are still selling and, yes, there are waiting lists for some star artists. But cracks are starting to appear in the art market’s glossy veneer, especially in the speculative segment for young, untested artists with overheated secondary markets. 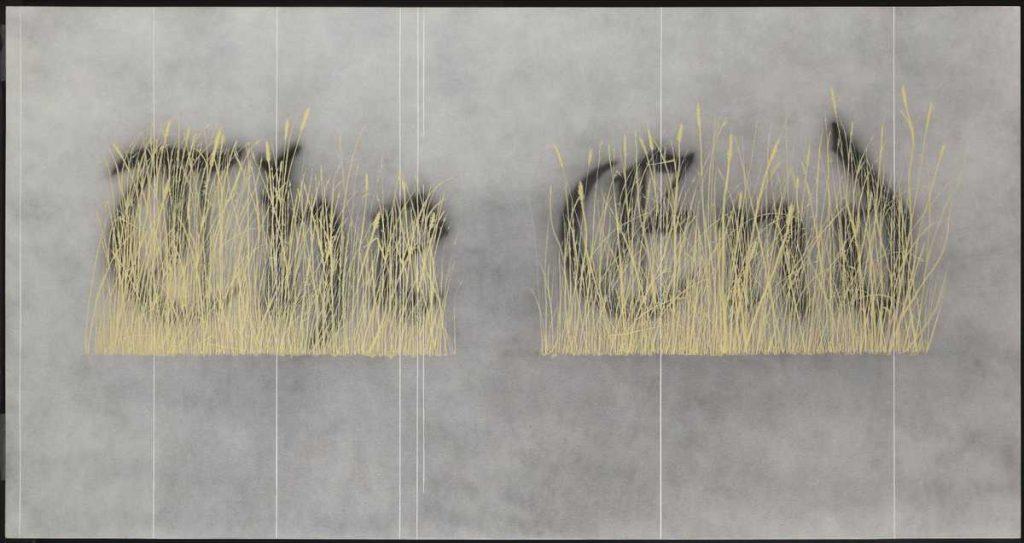 “Last year, there was a feeding frenzy,” one dealer said. “People were waiting in line, trying to buy whatever was there. That aspect of the market is completely gone. Now it’s the right thing at the right price.”

Art Basel Miami Beach was an early indicator of the froth coming off. Galleries complained about emptier aisles and fewer transactions. Buyers from Asia and Europe didn’t show up. Major collectors sent advisers. No blood spilled over who gets this or that coveted hot young artist.

“Usually you come here and you take back buckets of cash,” said a gallery owner with branches in New York and Europe. But the velocity of transactions slowed down noticeably in December. Instead of selling 80 percent of its inventory in the first four hours of the VIP opening, the gallery found buyers for only 20 percent on the first day and then another 20 percent on the second VIP day.

“We need to sell at least $350,000 of material to break even,” the person said on day four. “We need to make a profit to support growth.” (They ended up OK, the dealer said this week.)

Another successful mid-size gallery complained of selling 28 artworks in Miami, down from 62 in 2021. “Everything was roughly half,” the owner said. “Except for the booth, which cost more.”

Top galleries didn’t do as well as a year ago either, especially at the high end. On Wednesday, the second VIP opening day, David Zwirner refused to say about the fair—good or bad, on or off the record—and instead invited me to visit his gallery in New York. He flew out of Miami that very afternoon, leaving his staff huddling around the table and waiting for clients. Meanwhile, the multimillion-dollar paintings by Jasper Johns found no takers.

A representative for Zwirner declined to comment on Miami sales or the gallery’s outlook for 2023, with similar silence from representatives of Gagosian, Pace, and Hauser & Wirth. 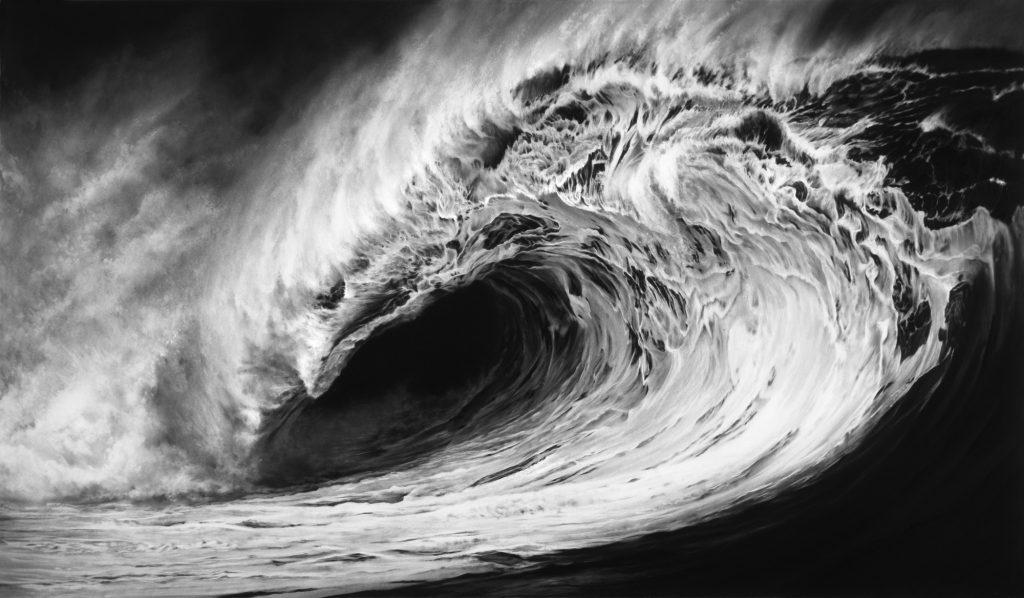 Debt is another risk factor for any galleries that took out loans during favorable economic times—when interest rates were rock-bottom and sales sky-high. Petzel gallery and the LGDR quartet each pledged “all inventory, equipment, accounts” and other assets to obtain loans from East West Bank in 2021 and 2022, according to regulatory filings. Petzel has since expanded into a three-story, 16,000-square-foot space on West 25th Street in Chelsea, opening the space last year. LGDR leased a Beaux Arts-style townhouse on East 64th Street—a property, previously housing Wildenstein Gallery, that last sold for $90 million in 2018—for its new headquarters.

A representative for LGDR stated that the gallery “has established a line of credit which it uses *exclusively* to purchase works of art. This is a common practice and a longstanding one, and has nothing to do the current state of the market.” The representative added that the line of credit stems from wholly owned inventory, not gallery consignments. A Petzel spokesperson didn’t respond to a request seeking comment.

Unpaid shipping fees also point to a market slowdown, according to Fritz Dietl, who runs a major logistics company. “I see some clouds on the horizon,” he said. “Payments have been slowing down.”

He is approaching 2023 with caution. “Last year we hired a lot of new staff to keep up with demand,” he said. “I am not doing this now.” Instead of hiring new people, he tells his employees, “Let’s shuffle our internal resources.”

Another sign: Collectors at every level have become more price-conscious as well, dealers said. They are either sitting on their hands or asking for discounts.

“Twenty percent is the new 10,” according to one gallerist. “People are asking up to 40 percent. They smell blood.” 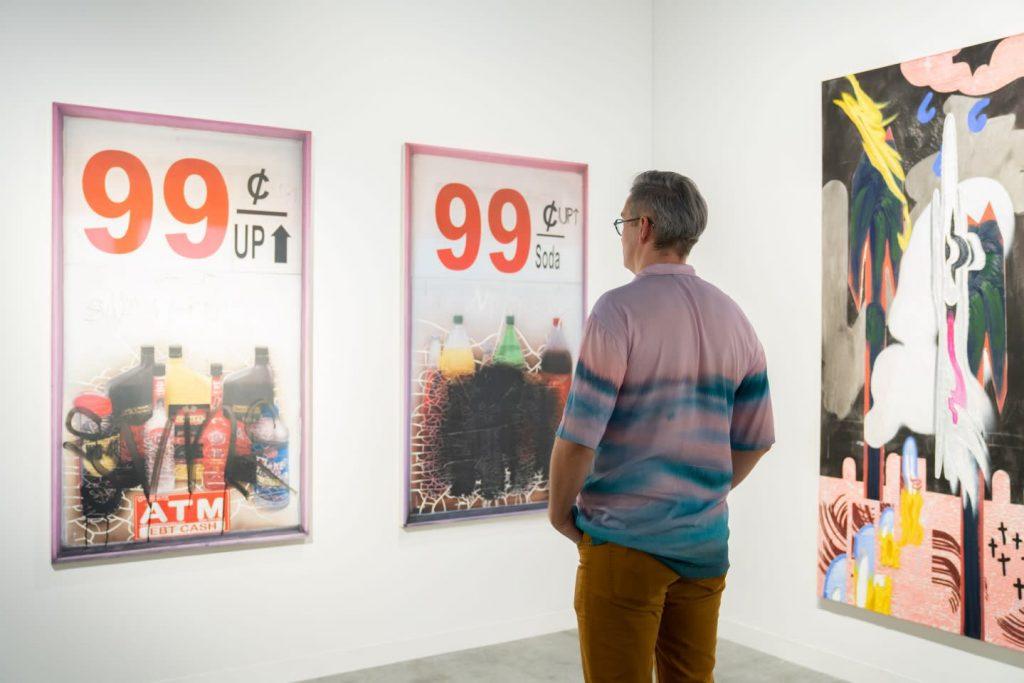 Those reading the tea leaves of the opaque art market sometimes look at editioned works by star artists as an indicator of demand. Take KAWS, whose print triptych (edition 100) sold out within minutes for $65,000 at Art Basel Miami Beach in 2018. Four years later, another KAWS print (edition 100) was available for $8,500 on the website of the Modern Art Museum of Fort Worth. You can still buy a print by Katherine Bernhardt at Zwirner for $8,000—and the edition of 100 (plus 18 APs) launched online to coincide with the IFPDA Fine Art Print Fair in late October. Scott Kahn’s print (edition 35), introduced in August by Pace Prints and priced at $15,000, is still available.

“Editions should sell out,” said a Los Angeles-based collector. “It used to be an easy way for new collectors to enter the art market. But now they’ve become too expensive. You can buy a unique artwork by an emerging artist for that price.”

Since the pandemic, primary prices for some artists have gone up 40 percent—and it’s time for a correction, market participants told me.

“People are looking at what they’ve bought over the past two years and are like, ‘Why?’” an adviser said. “There’s not a sense of urgency from collectors. People are becoming really choosy. They want more for less, and they are happy to stay put and stay out.”

Live Now on Artnet Auctions: Bid on an Iconic Moonwalk Photograph of Buzz Aldrin Taken by Neil Armstrong—Plus the Only Moon Photo of Armstrong...