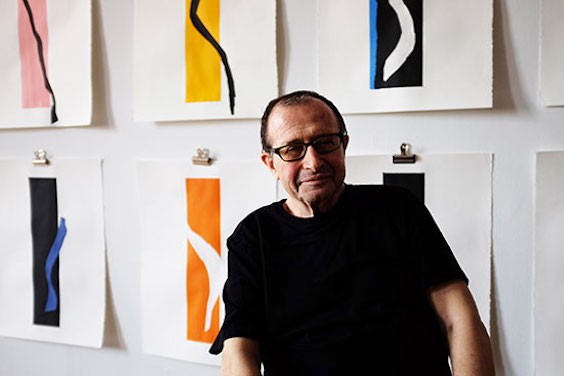 Sculptor Alain Kirili died on May 19 in New York from leukemia at the age of 74. Born in Paris on August 29, 1946, he had played a leading role in the dissemination in France of public statuary, sometimes at the risk of obliterating his own work: in 1985, the Ministry of Culture asked him for a sculpture for the garden. of the Tuileries, The Great White Commandment, still installed near the Musée de l’Orangerie. Kirili then thought of friends, dead or alive : “The permanent presence in the garden of modern and contemporary artists seemed to me an absolute necessity”, he confided to World in 2000. 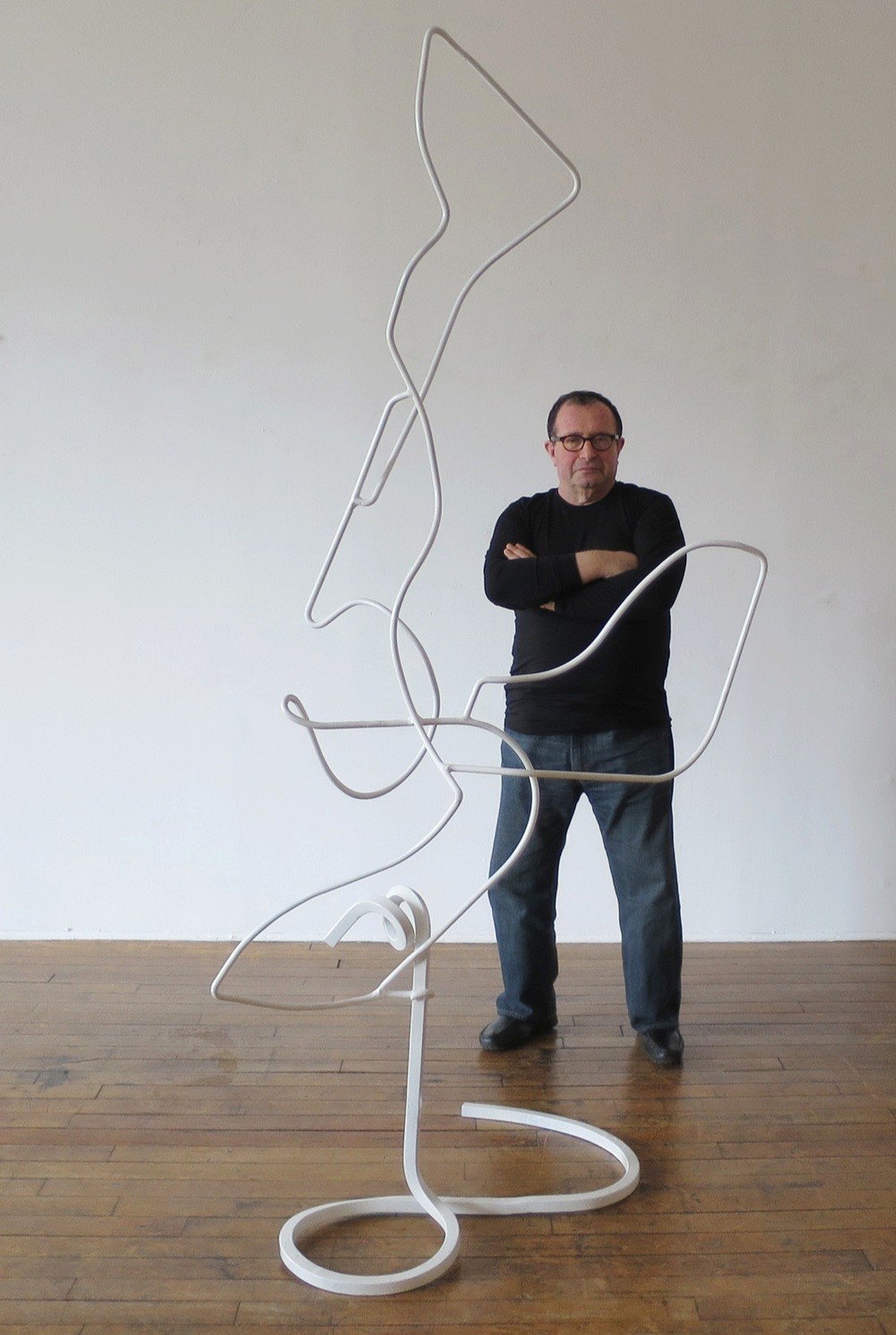 The news was confirmed by Susan Inglett Gallery, which represents the artist. Known for his minimalist abstract sculptures and large-scale public works emphasizing verticality and movement, Kirili over the course of fifty years explored tactility and gesture through materials ranging from the forged iron that characterized his early work to the copper, terra cotta, aluminum, pigmented concrete, Styrofoam, and wire of later pieces. His monumental outdoor sculptures in limestone, which he began making in the early 1990s, embodied the warmth and free spirit that characterized his smaller sculptures.

He put all his energy into getting others to join him. In 1996, Philippe Douste-Blazy, then Minister of Culture granted him the installation, effective two years later, but unfortunately provisional, of a first set of four bronzes by Rodin and a monumental Dubuffet. Henri Laurens, Etienne-Martin, Max Ernst, Germaine Richier, David Smith, but also Giacometti, Moore, and Lipchitz, accompanied them. In June 2000, he reoffended with the badly named Friend of no one, Erik Dietman, and eighteen other artists as different as Damien Cabanes, Eugène Dodeigne, Giuseppe Penone, Abakanowicz, Louise Bourgeois, Amahiguere Dolo, Anne Rochette, Carl Andre, David Smith, Daniel Dezeuze, Tony Cragg, Didier Vermeiren, Lawrence Weiner, François Morellet, Ellsworth Kelly, Roy Lichtenstein, or Bruce Nauman: we could not dream of more diverse, more open. 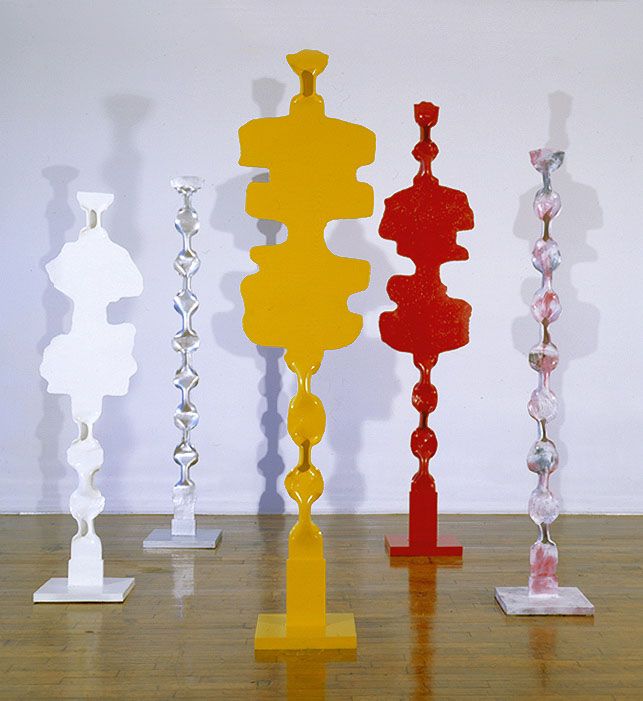 His practices were also of a surprising variety, he used all materials, from steel to Burgundy stone. He himself preferred to speak, not of sculpture, but of “Calligraphy in space”. Calligraphy, he had studied in his youth with the Korean painter Ungno Lee and it was according to him the art requiring the most concentration. The letter, and in particular the Hebrew alphabet which is at the origin of his series Commandment was for Kirili a sacred sign, his sculptures of “Scriptural objects”.

Rhythm and speed of execution

When we spoke to him about sculpture, he answered jazz. He was fond of it, to the point of often working in music: not by listening to it on a record player, but by inviting musicians to play at his place! “The fusion of sculpture, music and dance, he said, it is not a performance, it is a communion. ” The first of them took place in 1992, at the Daniel Templon gallery in Paris, with Steve Lacy on saxophone, and he then organized around twenty others, inviting artists as different as Archie Shepp, Cecil Taylor or Jérôme. Bourdellon. “Cross-functionality in art responds to a vital need”, he declared to World in 1996. 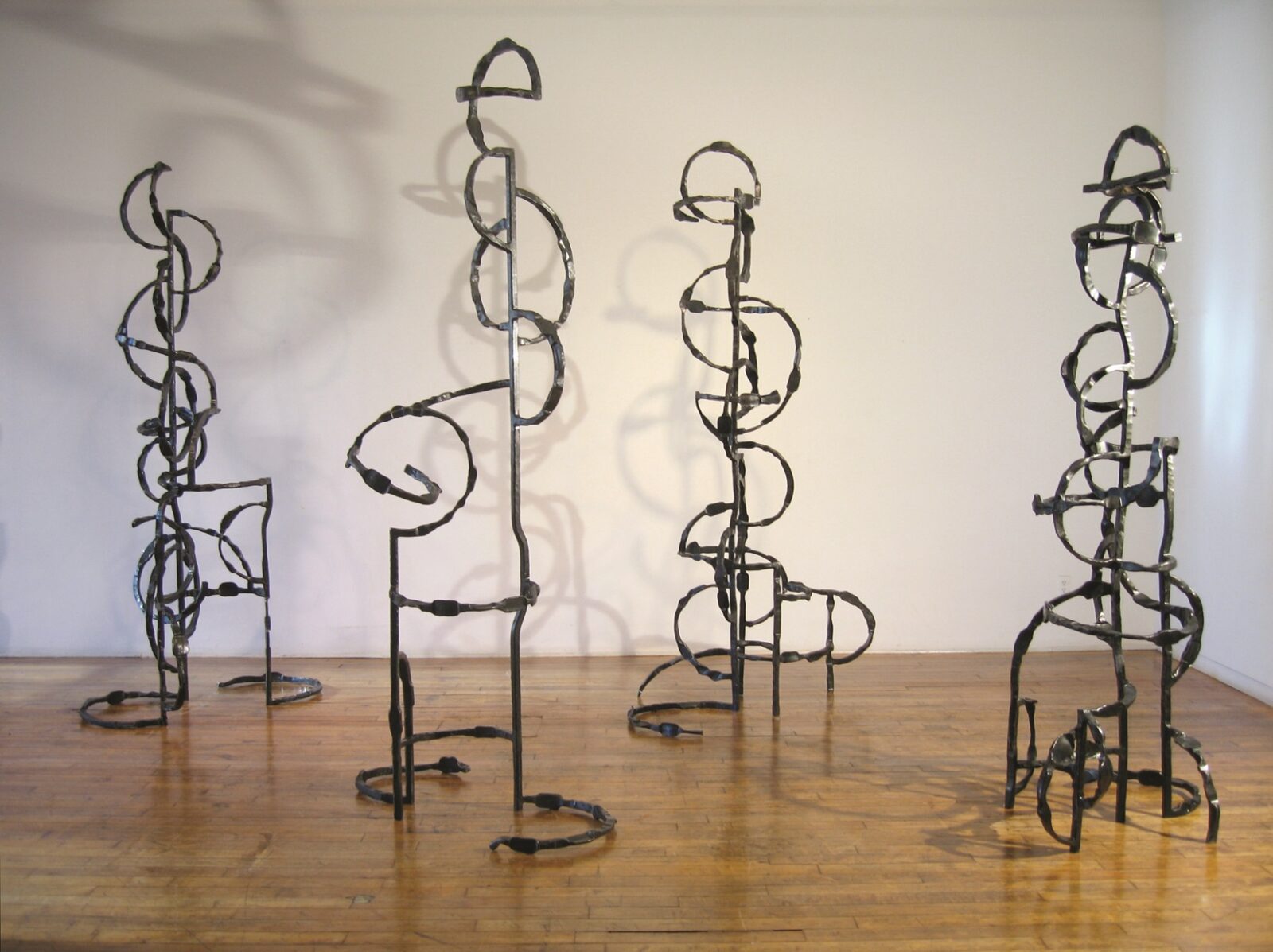 Born in Paris in 1945, Kirili was nineteen when he encountered American sculptor David Smith’s work at the Musée Rodin. Deeply impressed, Kirilli traveled to the US that same year, visiting a number of museums across the country and becoming enamored of Abstract Expressionism. A few years later in Paris, he met French Korean painter and printmaker Ungno Lee, who brought him into the orbit of philosopher Roland Barthes and other figures associated with the avant-garde literary review Tel Quel. Kirili began sculpting using sheets of zinc and gained his first solo show at Paris’s Sonnabend Gallery in 1972. He soon turned to forged iron, creating floorbound works that spired ceilingward, and exhibiting in Paris, Geneva, and New York, receiving his first US solo show there in 1976. In 1977, Kirili married the photographer Ariane Lopez-Huici, who survives him. A year later, he visited India for the first time and became fascinated with the Hindu Yoni-Lingam, a sculptural representation combining the feminine and the masculine; he would later credit the sexual and repetitive nature of this religious object as influential on his work.

Kirili moved to New York in 1979, where he continued experimenting with forged iron, in works that variously reached out from walls or were scattered about the floor, as in his “Commandement” series: unique, abstract, glyph-like forms inspired by Chinese calligraphy and Hebrew script, ranging in height from roughly one to three feet each and placed in groupings of up to ninety. A longtime and devoted advocate of freestyle jazz, Kirili in 1992 got saxophonist Steve Lacy to perform among a group of these sculptures installed at New York’s Thread Waxing Space. The event launched a series of similar collaborations between Kirili and various jazz musicians, including Roy Haynes, Joe McPhee, and Cecil Taylor, among others. During this same span of time, Kirili began working in wire, which he formed into organic shapes, and bronze, which he cast in unrecognizably abstract human forms. He created his first large-scale public work, Grand commandement blanc, for the Tuileries in Paris in 1986, and in 1992 inaugurated the ongoing “Résistance” series: massive, multipart limestone sculptures, which art historian Thierry Dufrêne described as “giant drippings” owing to the rapid and unpremeditated placement of their components. 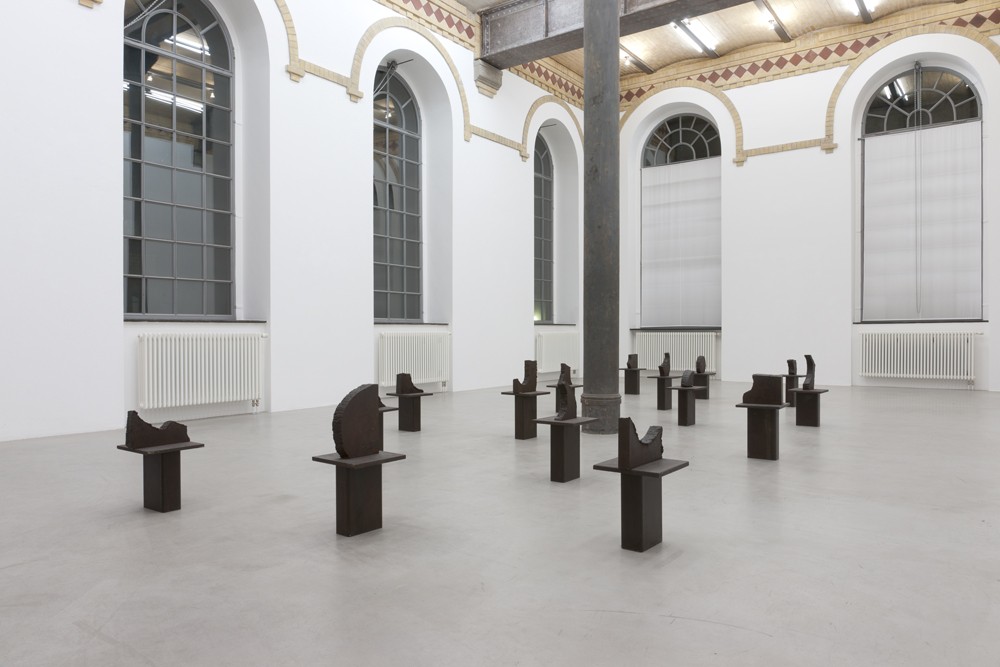 Kirili’s work is held in the collections of the Museum of Modern Art, New York; the Centre Pompidou, Paris; the Museum Ludwig, Cologne; and the Institut Valencià d’Art Modern, in Valencia, Spain, among numerous other institutions. In December of 2020, he was made a French Commandeur de l’Ordre de Arts et Lettres, receiving France’s highest cultural honor for his contribution to the arts.

A Rare, Exceptional Piece of Beatles Memorabilia—John Lennon’s Floral-Patterned Toilet—Goes on View at a Liverpool Museum