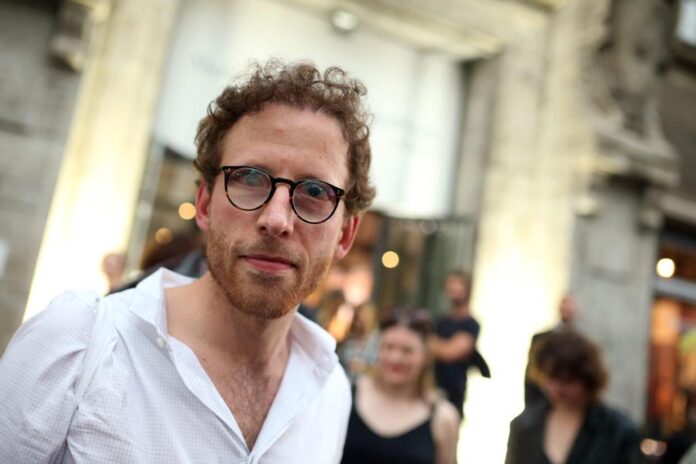 On the last day of August, as the art industry was gearing up for its busiest season, an article in a prominent German national newspaper sent shockwaves through the sector. After three years of research, Die Zeit published allegations of abusive behavior and sexual harassment against the leading German dealer Johann König. König denies the allegations and is now engaged in a legal battle with the paper over what his lawyer Simon Bergmann has described as false facts and “suspicious reporting.”

In the months that followed ’s initial report, there has been some direct fallout. One of König’s longtime artists, Monica Bonvicini, told the media she had “paused her relationship with the gallery until the allegations made against Johann König have been resolved.” Last week, the gallery announced in a post on Instagram that it would “cut ties” with the artist (the post, seen by Artnet News, has now been deleted).

The American English translation of König’s 2019 memoir, the Blind Gallerist, which traces the story of how he partially lost his vision as a child and went on to build a visual art empire, has also been put on hold. The publisher, Sternberg Press, did not respond to a request for comment. 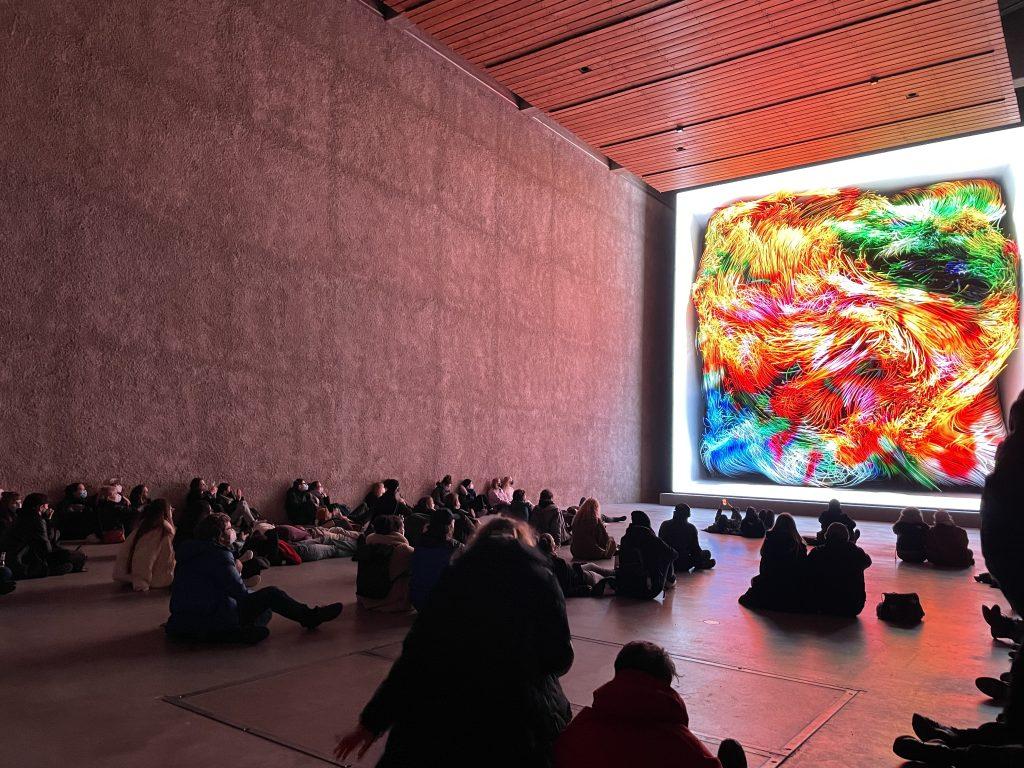 The dealer has been working hard to limit the damage and defend himself. At the end of October, König’s lawyers won a temporary injunction against from Hamburg Regional Court. For around 24 hours, the article disappeared completely from the internet. When it reappeared, it was partially redacted to comply with the ruling. Other publications that had repeated these allegations were also obliged to redact or remove their own articles.

Yet the main substance of ’s report remains online, including accounts from 10 women who allege they were subject to sexual misconduct by König at art events. One woman cited in the article described unwanted advances at a gallery dinner; the report also describes a situation at the Paris fair FIAC in 2017 where several people witnessed the dealer forcing a woman into a toilet stall. König denies both incidents.

The temporary injunction is in effect while the court’s examination continues. König’s lawyer has made it clear that he will continue to fight the case, stating in a press release that his team is petitioning to block additional parts of the article. He also plans to pursue claims for damages and additional compensation for pain and suffering.

The dealer denies all allegations put forth in  and stressed that he is aware of no civil or criminal investigation against him. In a statement shared on September 2, published by in full and shared with Artnet News, König said, “‘s reporting is false and misleading, I am shocked… old rumors are repeated, and new ones are spread without proof.”

“What this article has triggered will not go away, but after many conversations with family and friends I have decided to defend myself by speaking out publicly and, of course, legally,” he continued. “I will take action against this defamation. However, I am sure that even if I am successful legally, the damage will remain.”

König Galerie is one of the most prominent art dealerships in Europe. Its 41-year-old founder is known for his fast-paced, ambitious business style. In the past few years alone, he has leapt headfirst into crypto, set up his own art fair, and established an online marketplace called MISA. Though some of these moves were greeted with skepticism from colleagues, the gallery expanded to Seoul, London, and Vienna over the past five years.

While the London and Vienna locations closed in recent months (the former building was no longer available and the latter was always intended to be short-term, a spokesperson said), König will expand with a Mexico City popup in spring 2023. 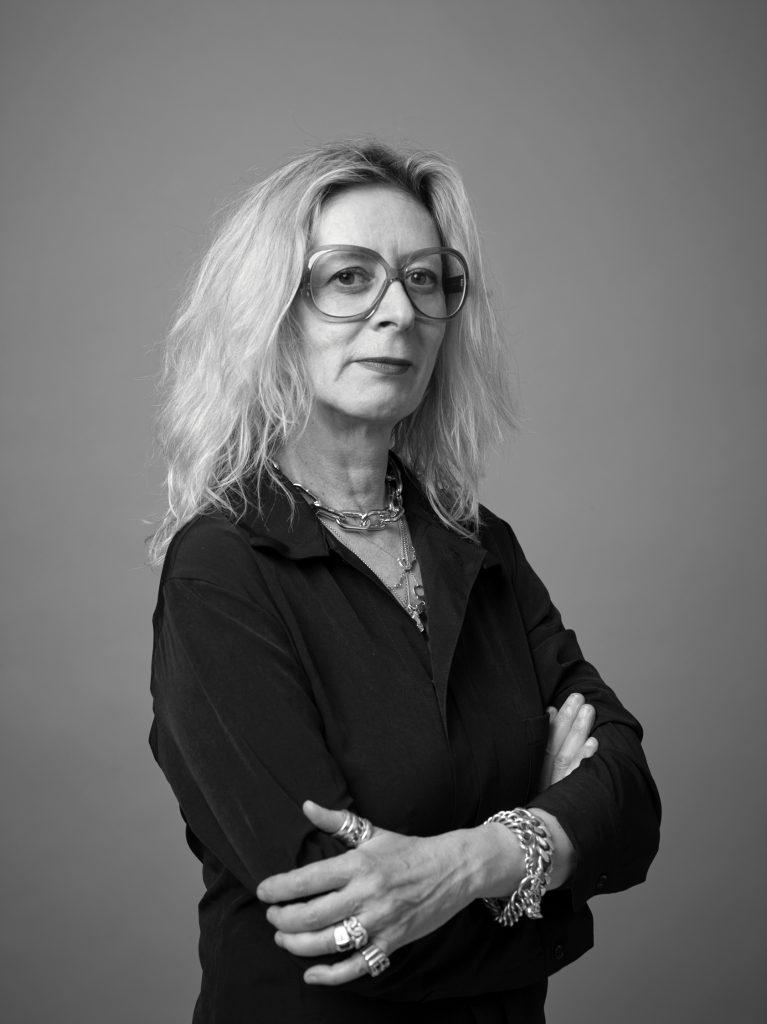 The split between Bonvicini and König, after at least a decade of collaboration, is one of the first public signs of fallout after the Die Zeit article’s publication.

In the since-deleted Instagram post on Friday, November 11, the gallery stated: “We have decided to take this step in order to protect Monica Bonvicini, who is currently being subjected to considerable hostility concerning her as a person, her work, and the upcoming exhibition at Berlin’s Neue Nationalgalerie, which is being realized without financial support from us.” (Reached for comment, the Neue Nationalgalerie said the museum does not disclose financial information.) König noted that it is only possible to counter the “ongoing rumors” and reactions on social media in a “limited way,” which made an official split the best course of action.

The Neue Nationalgalerie exhibition, in the upstairs gallery of the famous Mies van der Rohe building, opens on November 25. It has been several years in the making and represents an important moment not only for one of Berlin’s best-known female artists, but also for the museum, which has for decades featured mostly men in its main concourse. Bonvicini’s website characterizes her sculptural practice as investigating the relationships “between architecture, power structures, gender, and space.”

The public announcement of the dealer-artist split came after a Facebook post shared on Tuesday, November 8, by the anonymous feminist group Soup du Jour. The post asked for clarity on Bonvicini’s status with the gallery given what they called “very mixed messages” after she put her representation on pause on November 1.

Until Friday, Bonvicini’s name was listed on König’s website but grayed out, her artist profile inaccessible. The artist declined to comment further on the split as “she wants to concentrate on her forthcoming show,” a spokesperson said. 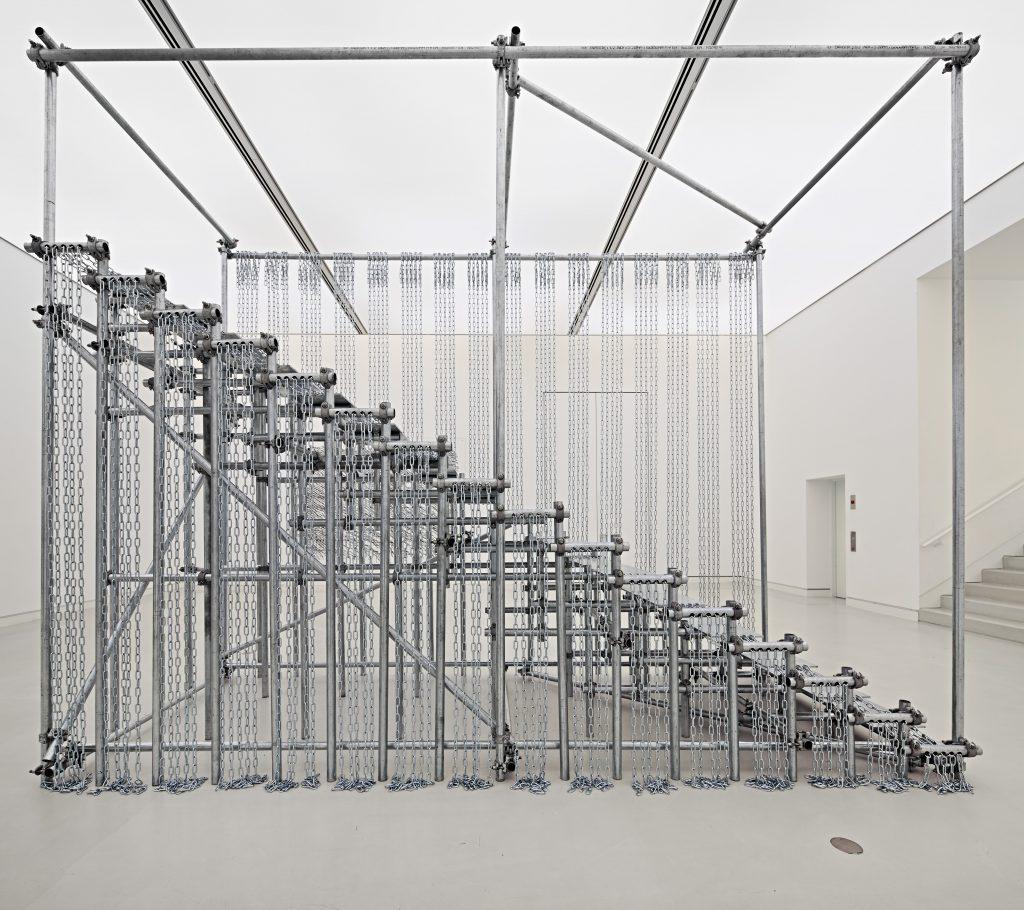 As of this writing, Bonvicini remains the only artist in König’s current or former stable to speak on the record about the situation, and publicly connect the suspension of representation to the allegations.

Three other artists have left König’s roster since the end of August and two others left earlier in 2022. None has said that their departure is related to the report. Amalia Pica confirmed she had left the gallery but declined to comment further. Helen Marten also declined to comment on the reason for her departure or her experience working with König. Multiple inquiries sent to Trey Abdella went unanswered by publishing time.

Fredrich Kunath left earlier in the summer to join Max Hetzler, which has multiple venues in Berlin. Conny Maier left to join Societe, Berlin, earlier this year, but did not respond to requests for comment. A spokeswoman for Camille Henrot confirmed to Artnet News that she left the gallery in January, but declined to comment further.

Since 2002, the gallery’s stable has grown to more than 40 artists. Artists Alice Anderson, Arghavan Khosravi, and Monira Al Qadiri all joined between June and July of this year. No new artists have been added to the roster since the allegations were made public.

König remains a regular presence at art fairs, with booths this fall at Artissima, Frieze Seoul, and Art Cologne. The gallery will attend the first Art SG, in January, and Frieze Los Angeles, in February. Solo exhibitions by Chrostopher Hartmann and Karl Horst Hödicke are on view at the Berlin gallery; in Seoul, a show of work by On Kawara, Peter Dreher, and Alicjia Kwade opened November 11.

König’s lawyer Simon Bergmann has challenged the way Die Zeit’s report was framed, which he claims arouses suspicion and includes false information. In a press statement, translated by Artnet News from German, Bergmann said these issues, which he calls “unlawful reporting,” are “all the more serious … because of the high level of attention that articles on ‘abuse of power’ can generate, which can no longer be undone,” citing damages to Galerie König’s professional reputation.

The lawyer also took issue with the fact that Die Zeit would not share their sources. The reporters signed oaths and provided testimony on behalf of their anonymous sources, which was accepted by the court, but declined to provide the sources’ names.

“We are continuing to examine legal remedies,” a spokesperson from told Artnet News. “The Hamburg regional court considered the affidavits of several women to be relevant for our reporting about alleged misconduct to be permissible.” 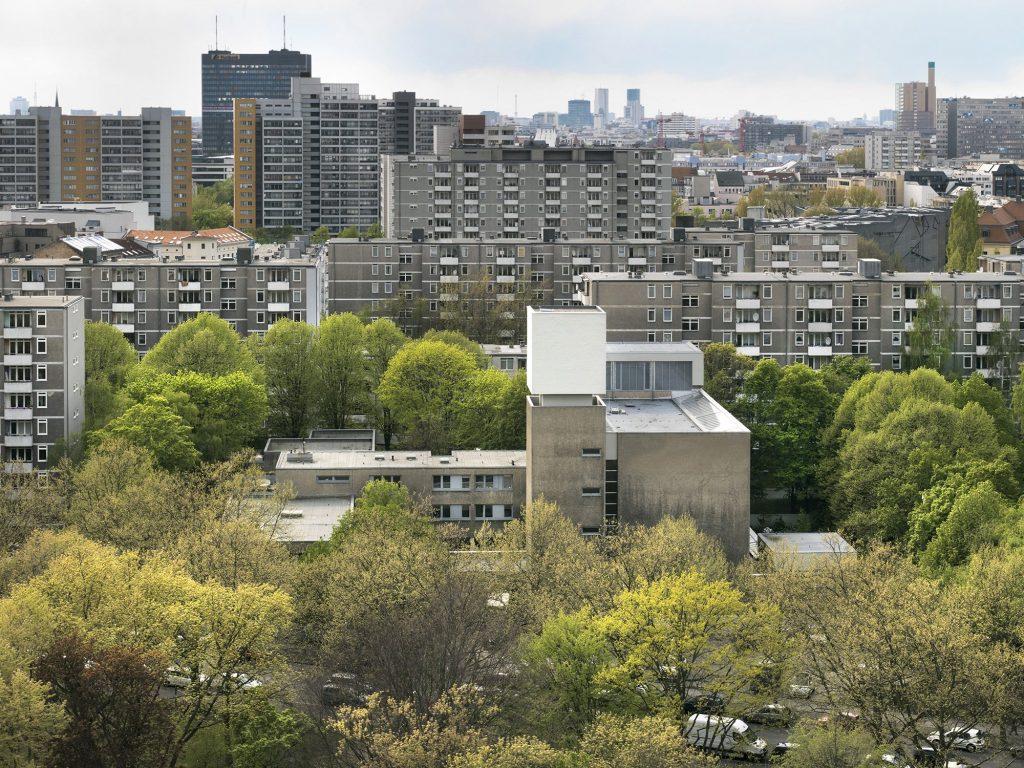 The redactions, which amount to around ten sentences and phrases, highlight key differences in reporting on alleged abuse of power in Germany and the United States.

While publishers may have to pay substantial damages in the U.S. for libel or defamation (like the $1 billion ruling against Alex Jones for his false statements about the 2012 Sandy Hook shootings), German law focuses less on damages “and more on the prevention of unlawful publication,” said lawyer and partner at Nesselhauf Till Dunkel, who specializes in media law.

“Therefore, there is the possibility to prohibit by injunction articles that have already been published if the publisher does not succeed in establishing that their content is at least likely to be true. If a ban is issued, it only extends to the respective unlawful sentences or words. An article is only banned in its entirety if it is completely unlawful.”

Where an article published in the U.S. can remain online regardless of whether an individual is seeking damages over alleged falsehoods, misrepresentation, or libel, publishers in Germany, like in the U.K. and France, may be told to remove any part of an article that the court deems misleading.

In the case of ’s report, the Hamburg regional court sided with König’s lawyers on certain aspects of the text, which have since been redacted from the story. They may no longer be mentioned in further reporting. The fate of the rest of the article awaits another ruling by the court.

The first mega-gallery for design? Inside Carpenters Workshop’s ambitious expansion