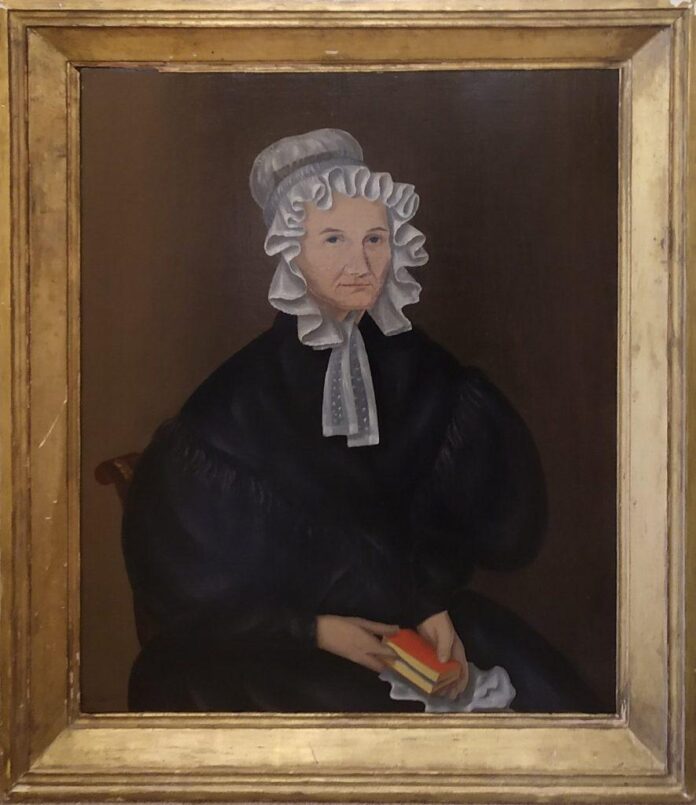 Over half a century after its theft, an early American portrait will soon be back in its rightful place at Staten Island’s Historic Richmond Town.

Just shy of 52 years ago, on November 9, 1970, a cleaner at what was then called Richmondtown Restoration showed up for work and discovered that the museum had been robbed. Someone had broken in through a basement window and stolen a number of artifacts, including a pair of 1834 portraits of husband and wife Ann and John Totten by the artist John Bradley.

The two other stolen paintings were a portrait of a young girl named Christine Kip Hopper and a woman identified as Marion (Bruce) Price. The burglar also made off with three clocks, a selection of silver shoe buckles and jewelry, and number of historic plates and glassware from England and Asia.

In addition, the thief targeted a selection of religious artifacts on longterm loan from Staten Island’s Church of St. Andrew: a silver chalice and paten that were gifts from Queen Anne of England in 1713, and two collection plates presented by English architect Henry Holland in 1774. 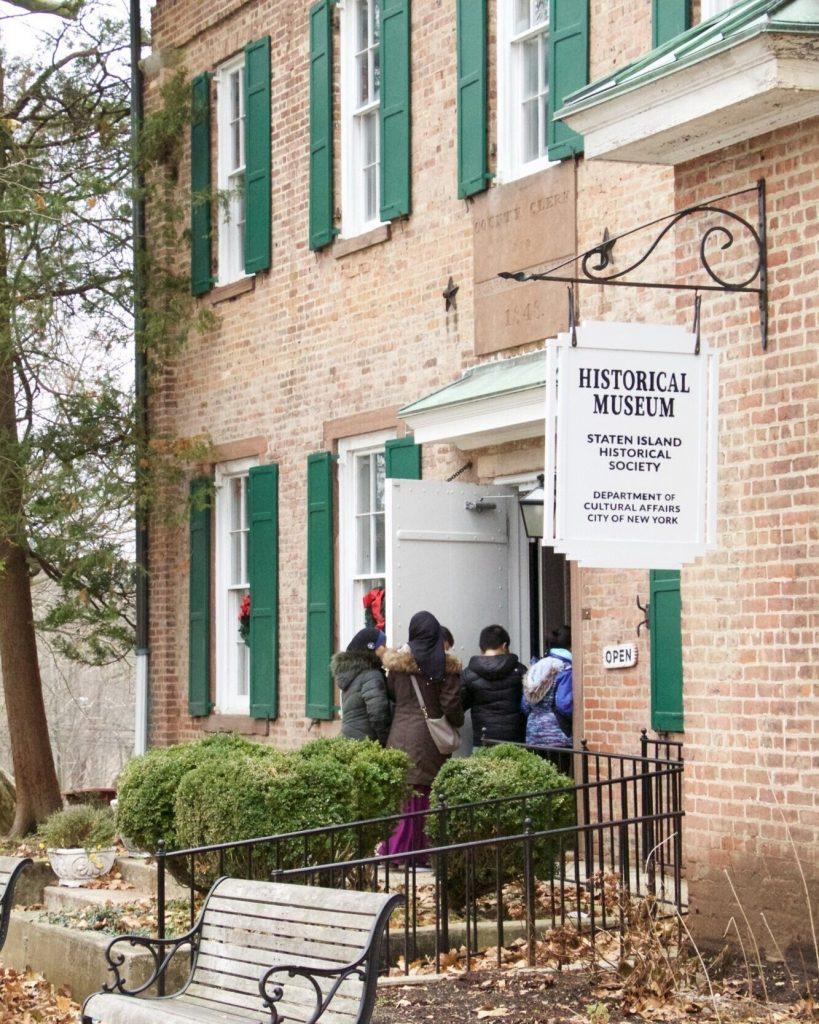 “Whoever broke in,” Marjorie C. Kerr, curator of the museum, told the  at the time, “must have studied the interior pretty well, because they seem to have been systematic about robbing what they wanted.”

The Tottens, ancestors of two-time Olympic figure skating gold medalist Dick Button, were part of a notable Staten Island family, and Ann was an original daughter of the American Revolution. (The neighborhood Tottenville is named in their honor.)

There was considerable media attention paid to the robbery, and Button even offered a reward for the paintings’ return. He was partially successful.

In June 1971, police tracked down all of the portraits save Ann’s, the chalice and collection plates, and five other stolen objects to the Brooklyn apartment of a 23-year-old man named Billy Joe Redman. But after that, the case went cold, with the painting of Ann Totten still at large. 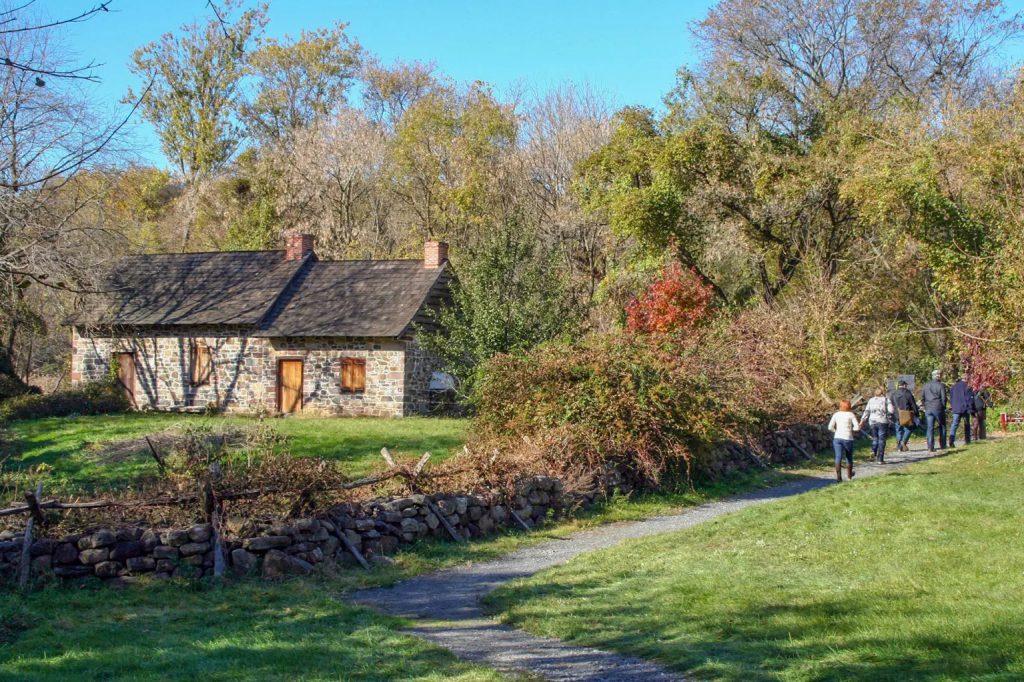 Then, in October 2021, Historic Richmond Town got a game-changing email. Gordon Fine, a folk art collector in the Bay Area, had spotted a portrait on offer at Michaan’s Auction House in Alameda. He had visited the museum some years ago, and remembered seeing John Totten’s portrait, and wall text explaining that the matching depiction of his wife had been stolen. Could this be the same work, he wondered?

“The connecting of the dots is so wild,” Historic Richmond Town CEO, Jessica B. Phillips, told the .

The museum sprung into action, working with the FBI’s Art Crimes division and local police in California to learn more about the painting. Thanks to museum accession records and original documentation from the time of the theft, authorities were able to confirm its authenticity.

Gregory Gromadzki, a retired art restorer from San Francisco’s Picture Restoration Studio, had consigned the work, which a client brought to him for $500 in repairs in the 1990s.

“It was badly damaged. There was a big, big rip through the image of the lady in her face,” he told the . “So we did fix it and tried to return the painting to them. They said, ‘Yes, yes, yes, we will pick up the painting.’ They didn’t get back to us. Finally, they disappeared altogether.”

After more than 20 years, Gromadzki decided it was time to auction the abandoned work—but when he learned about its checkered past, he was more than happy to turn the painting over to the FBI and return it to Historic Richmond Town free of charge. Ann will finally be reunited with her husband sometime next April.

“It is rare to have stolen artwork returned, especially after 50 years,” Phillips said in a statement. “Historic Richmond Town is deeply grateful for good samaritans like Mr. Fine and Mr. Gromadski, who were critical in the return of this local treasure. We are truly satisfied to have more closure on the cold case of the Ann Totten portrait.”

This is the second time this year that a New York historical society has seen the return of portraits 50 years after their theft, with a pair of paintings returning to Historic Huguenot Street in New Paltz in June.