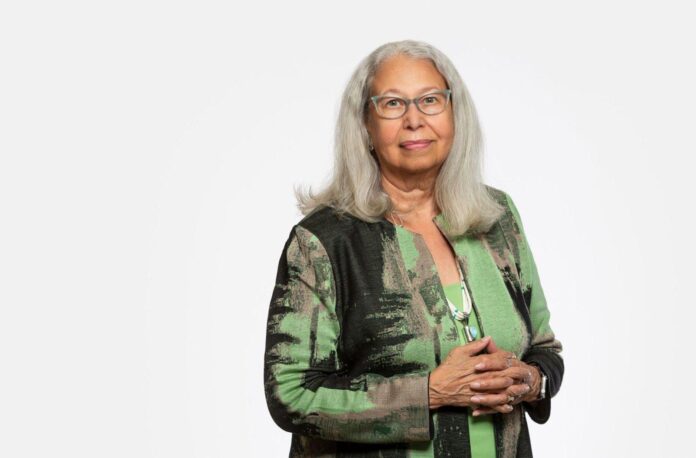 The Virginia Museum of Fine Arts (VMFA) in Richmond, Virginia, is the first major US museum to appoint a person of Indigenous heritage to the role of president of its board of trustees.

Lynette L. Allston, who has served on the board since 2017 on various committees, helped devise the museum’s land acknowledgement statement in 2021. The statement, which appears on a plaque placed at the entrance of the museum, acknowledges the Commonwealth of Virginia as one of the first points of contact between Indigenous people and European colonisers.

The statement specifically acknowledges the Powhatan Chiefdom and the Monacan Nation, the original stewards of the land that the museum stands on, and the seven federally-recognised tribes and linguistic groups in the commonwealth.

Allston, the current chief council of the Nottoway Indian Tribe of Virginia, is also currently the president of the board of the Rawls Museum Arts in Courtland, Virginia, a regional museum that often collaborates with the VMFA. She graduated from Duke University with a degree in history and secondary education.

The VMFA, an 86-year-old institution, holds an extensive collection of Indigenous art in its 50,000-piece collection, including contemporary artworks and artefacts from the Arctic, Northwest Coast, Plains and the Southwest. Some cornerstones of the collection include a quilled Otoe headdress that is one of three known examples held in museum collections worldwide.

In recent years, the VMFA has worked to boost research on the provenance of works in its collection, an issue that will have new pertinence with an Indigenous voice at the forefront. It has repatriated just one Indigenous artefact, a headdress that was returned to the Lúkaaxh.ádi clan of the Tlingit tribe of Alaska in 2011.