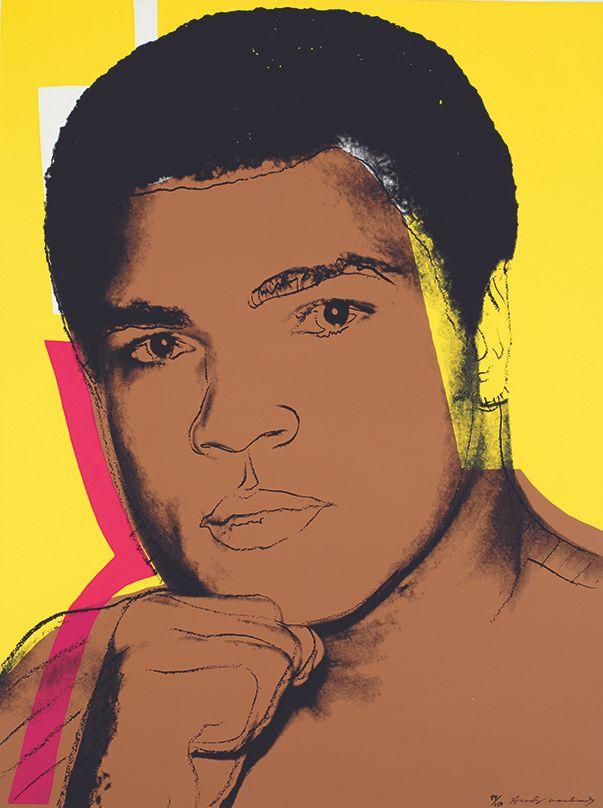 An exhibition of works by Andy Warhol is due to go on show in Saudi Arabia next year, boosting further the cultural credentials of the ultra-conservative Middle Eastern country. The exhibition Fame: Andy Warhol in AlUla (17 February-16 May), organised by the Andy Warhol Museum in Pittsburgh, will open at the Maraya, a venue in the enormous north-western heritage region of AlUla, which is being heavily marketed as a new tourist destination. The choice of Warhol, an openly gay man, for the exhibition may well be a test of tolerance in a country where consensual same-sex conduct is punishable by death or flogging.

Patrick Moore, the Andy Warhol Museum director, says: “As this is an introduction for many people in both Saudi Arabia and the region to Warhol, I think the aspect they would find most interesting would be around fame, perhaps as a precursor to social media.”

The exhibition will feature Warhol’s paintings and prints of celebrities and Hollywood stars, including Elizabeth Taylor and Dolly Parton among others. It will also include wallpaper designed by Warhol and one of his best-known pieces, Silver Clouds (1966), an interactive display of large, pillow-shaped laminate balloons anchored with small fishing weights. Rarely seen archival photos made in Warhol’s studio, along with the artist’s Polaroid portraits, will also be included in the exhibition.

Moore says: “I want to draw the line between Warhol’s image-making in photographic form and how, through the silkscreen process, that then became paintings and prints. I also have a great love for Warhol’s film works, so we’re including screen tests.” The film collection 13 Most Beautiful: Songs for Andy Warhol’s Screen Tests will also be shown on the exhibition opening night in the Maraya concert hall.

Moore says he was invited to stage the show by Arts AlUla, part of the Royal Commission for AlUla, the Saudi governmental body led by the country’s de facto ruler Crown Prince Mohammed bin Salman. Moore says: “I visited AlUla last year and was very impressed with what I found; the culture is evolving rapidly and much of the transformation that is taking place seems to be driven by youth. I found that energy very engaging.”

The museum will receive a loan fee for the exhibition, according to Moore. “There are many opportunities for Warhol shows in the world, and I’m not at a loss for other places to do exhibitions; this [the AlUla show] was a choice that I made,” he adds.

Nora Aldabal, the executive director for arts and creative industries at Arts AlUla, tells us that Fame: Andy Warhol in AlUla is part of a long-term vision of arts initiatives for AlUla and a continuation of “exceptional contemporary arts projects” leading up to the opening of AlUla’s contemporary arts museum (details to be announced next year).

Aldabal adds that there is also a public programme of talks and workshops along with masterclasses in screen printing and design for local audiences, including schoolchildren, to learn about the artist and his practice plus practical lessons for creating their own works.

She says: “Fame is part of a long-term vision of spectacular and multicultural arts initiatives in AlUla to drive a new era of cultural exchange. We believe the Arts AlUla programme will be effective in driving new creative practices and initiating positive and productive dialogues through daring exhibition-making that will challenge norms and engage and inspire audiences from the region and beyond.”

Aldabal adds that the Warhol show willI will attract visitors from across Saudi and the wider Gulf region as well as an increasing number of international visitors who are taking advantage of new flight connections to discover AlUla’s heritage sites.

Indeed, the notoriously conservative country is opening up internationally and diversifying its economy in line with the government’s Vision 2030 initiative, launching a slew of art initiatives such as the Desert X contemporary art exhibition. But human rights issues underpin any discussion of how the country is evolving, with charges of artwashing—glossing over human rights abuses via high-profile cultural projects—levelled at the Saudi regime.

No censorship, no pressure

“I was given complete freedom; this is the checklist I developed with no revision [from the Arts AlUla team]. I thought that a portrait show may be a boundary pusher—considering that at one point the human figure was not allowed to be shown in art there—but there was not a word of resistance to it,” says Moore.

“From an institutional perspective, if there are people or cultures you don’t agree with, you have one of two choices. You can isolate and ignore them, and see which direction the culture evolves. Or you can participate, in the hope that you’ll have a positive effect, at least from a Western perspective—that’s what I want the museum to do and that’s what I want Warhol’s legacy to do. As a gay man also, I was treated with the greatest respect and openness.”

An anonymous Middle Eastern curator says: “AlUla has no natural audiences. It is a cultural destination which is not accessible to all. It’s expensive to travel and stay there, so it does make me question, who is this exhibition for? Secondly it will be interesting to see whose portraits are selected and how they will be contextualised. I doubt Warhol’s portrait of [the transgender activist] Marsha P. Johnson will be selected.”