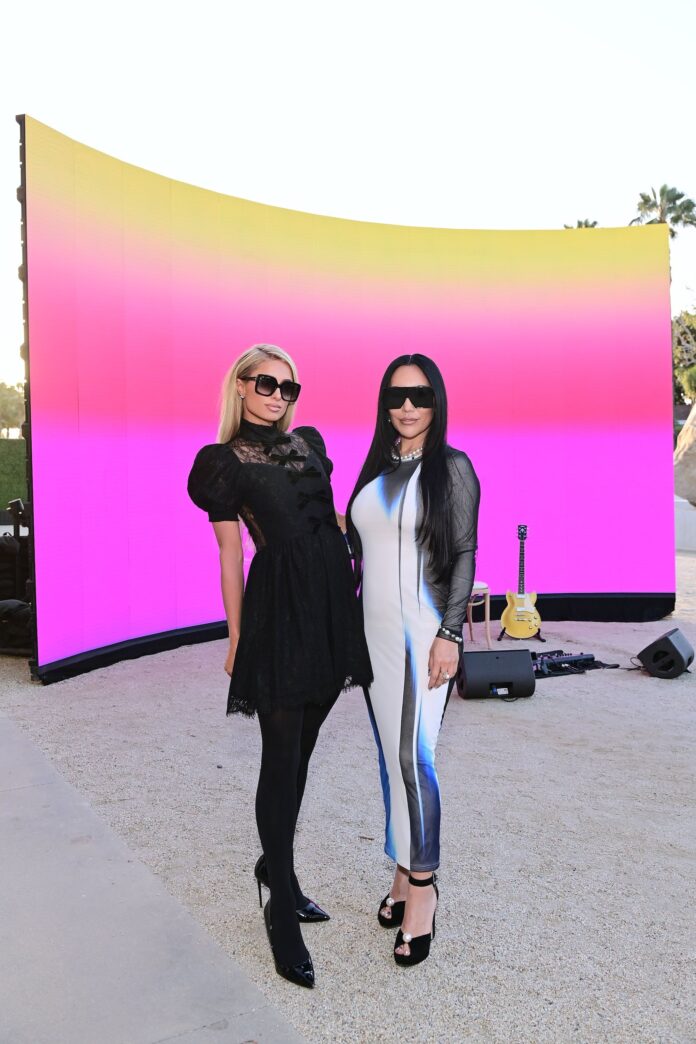 The Los Angeles County Museum of Art (Lacma) has launched a new acquisition fund for digital art by women artists, established by the heiress and celebrity Paris Hilton. The museum declined to share how much it had received from Hilton but said that the gift is the institution’s first of its kind for digital art. It also marks the first acquisition fund that the former The Simple Life reality TV star has set up for an art museum.

Lacma has a robust collection of digital art, with artists such as Tony Oursler, Petra Cortright and Ryan Trecartin represented in its holdings. The new fund represents the museum’s acknowledgment of the current levels of innovation around art and technology, according to Dhyandra Lawson, assistant curator in Lacma’s photography department.

“This is an extremely fertile period for digital art,” Lawson says. “We’re just seeing tons of innovation by artists in a variety of media. [The fund] will really help us augment and expand our collection in important ways.”

Lacma’s investment in art and technology dates at least to 1967, when it established its Art and Technology program that generated collaborations between artists and technology corporations. Although that initiative ended in 1971, it was reborn in 2013 as the Art + Technology Lab. The museum has also been collecting digital art for decades, with a large portion of these works dating to the 1990s. The fund provides an opportunity to address historical gaps.

“Certainly we can go earlier, particularly with women artists, but we also want to be responsive to what artists are doing now with a variety of new media,” Lawson says. “As our lives are being increasingly digitised, it’s important to pay attention to what digital artists are saying, and particularly digital artists who have been historically on the margins.”

The museum has already commissioned and acquired one video work with the new fund. The Question (2022), by British artist Shantell Martin, “uses digital technologies to engage drawing”, according to a press release. Lacma also announced its acquisition of Continuum: Los Angeles (2022), a 40-minute video received as a gift by its artist, Krista Kim, who is Canadian Korean. Both works were delivered as NFTs (non-fungible tokens). They will be included in an exhibition examining digital innovation by women artists scheduled to open this fall at Arizona State University.

The acquisition fund is in many ways an unsurprising move for Hilton, who has become one of the most high-profile proponents of NFTs. The proto-influencer, entrepreneur and DJ has invested in cryptocurrency since 2016 and has proclaimed herself “Queen of the Metaverse”. The buyer of a Bored Ape Yacht Club NFT, Hilton has also invested in Mad Realities, a company that aspires to be the “Web3 version of Netflix”, and the NFT platform Origin Protocol, where she dropped her second NFT collection in February. On National Pet Day last year, she introduced her new dogs, christened Crypto Hilton and Ether Reum—the latter a double entendre for the NFT market’s currency of choice, Ethereum, and her husband Carter Reum.

Reum, a venture capitalist, has been a member of Lacma’s board since 2017. The acquisition fund emerged organically through that relationship, according to Lawson. “We just kind of realised that we had a mutual interest,” she says. Although the fund’s patron has been most vocal about NFTs, Lawson emphasises that the money will be used to buy a wide range of artwork. “The acquisition fund is for digital art,” she says. “It’s not an NFT fund.”

The fund’s focus on women artists reflects a steady trend in the museum world to address gender inequality in institutional collections. The Baltimore Museum of Art, for one, pledged to acquire only work by women artists in 2020, earmarking $2.5m for purchases. But considering the price of artworks and the historical bias of buying art by men, achieving gender parity will be a challenge for many institutions. A 2019 study by Artnet News and In Other Words found that among 26 museums in the US, just 11% of acquisitions between 2008 and 2018 were of works by women artists.

Step Inside the Studio of Painter Odili Donald Odita, Who Couches Political Issues in Colorful Abstractions