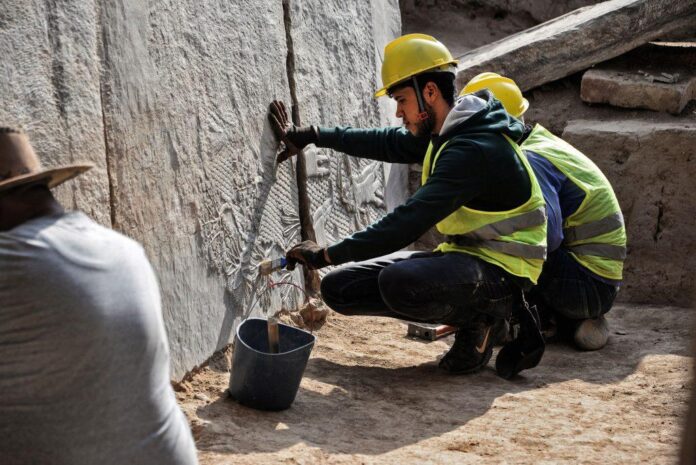 In cache of seven 2,700-year-old marble relief carvings have been unearthed by archaeologists beneath the dilapidated Mashki Gate, just east of Mosul in Iraq. The incredibly well-preserved relics demonstrate how artists working under Assyrian King Sennacherib, who ruled between 705 and 681 B.C.E., developed their own unique style of art.

Michael Danti, director of the University of Pennsylvania’s Iraq Heritage Stabilization Program, originally traveled to Mosul to help restore the iconic Mashki Gate, razed by ISIS bulldozers in 2016, in cooperation with the Nineveh State Board of Antiquities and Heritage. Erected in the ancient Assyrian city’s west side, the entryway’s name translates to “Gate of the Watering Places,” since the formerly striking structure led to the Tigris River.

As archaeologists started excavating this previously unexplored area, they uncovered seven engraved marble slabs beneath the ruins. Some show soldiers shooting arrows, others are rich with grape vines, pomegranates, and palm trees. All are preserved with shocking clarity, since they were buried for centuries, and many look almost newly carved. 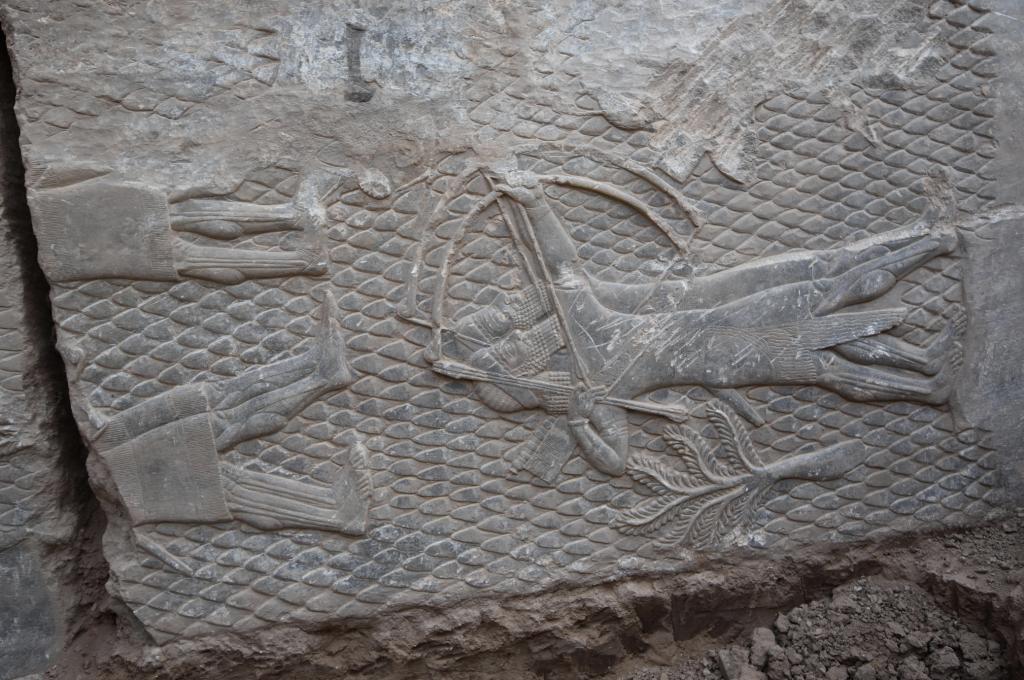 Detail of one of the Assyrian marble carvings found in Mosul. Photo: courtesy of Michael Danti.

“They are from the time of King Sennacherib and were intended for (or previously installed in) his Southwest Palace,” Danti told Artnet News. “The reliefs were later moved to Mashki Gate in antiquity and installed there.”

Babylonian and Medes forces incinerated the Southwest Palace during their sack of Nineveh in 612 B.C. Archeologists have since recovered many sculptures lost during the conflict, but others fell victim to the elements, as well as looting and deliberate vandalism.

“This is a great loss in terms of our understanding of this pivotal time period in the development of art in Assyria,” Danti said. “Sennacherib’s artists were experimenting with ways to capture motion, depict realistic landscapes, and enhance storytelling in narrative art that combined imagery with texts.” 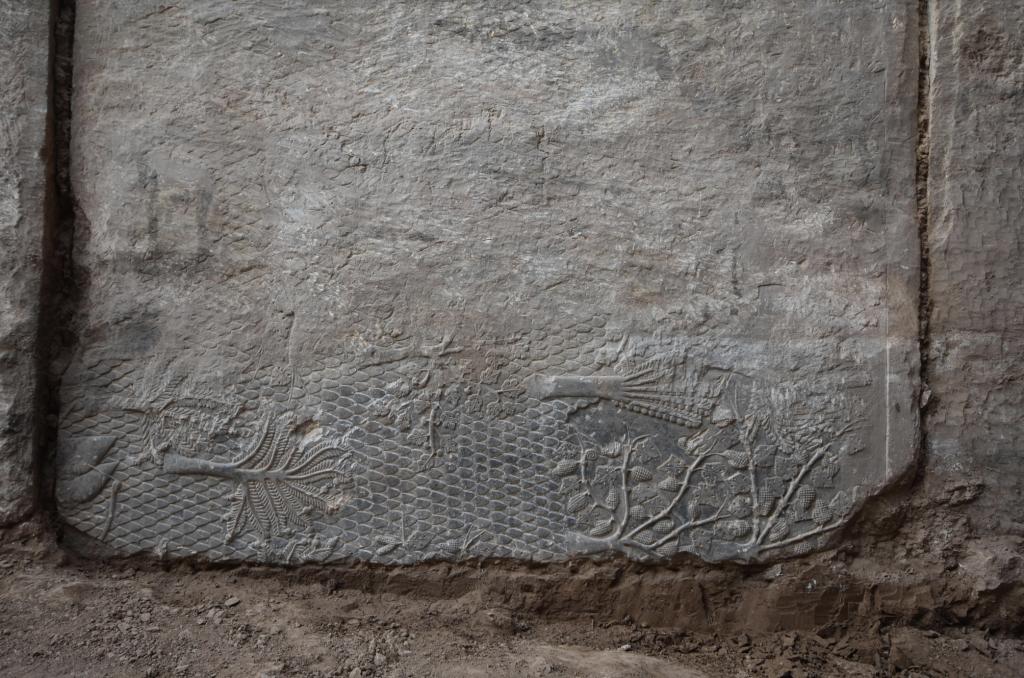 Detail of one of the Assyrian marble carvings found in Mosul. Photo: courtesy of Michael Danti.

Ironically, these buried treasures might have remained hidden if ISIS hadn’t obliterated Mashki Gate. “There is indeed a silver lining, but at the end of the day, ISIS inflicted horrendous losses on Northern Iraq and Syria,” Danti noted.

All seven slabs will remain in Iraq while archeologists study them further. With continued sponsorship from the ALIPH Foundation and the Penn Museum, Danti intends to continue restoring Iraqi heritage—and learn more about how reliefs like these were made.

“We are also investigating how these slabs came to be installed in Mashki Gate in what appears to be a case of ancient recycling of valuable material,” he added.

“We will be comparing our seven slabs showing scenes from Sennacherib’s military campaigns, presumably in the Levant, to the historical record and other reliefs depicting the major events of those campaigns, which will result in a better understanding of the history of this important period.”