Home News Simon de Pury on the Rumors Swirling Around the Mega-Galleries in the... 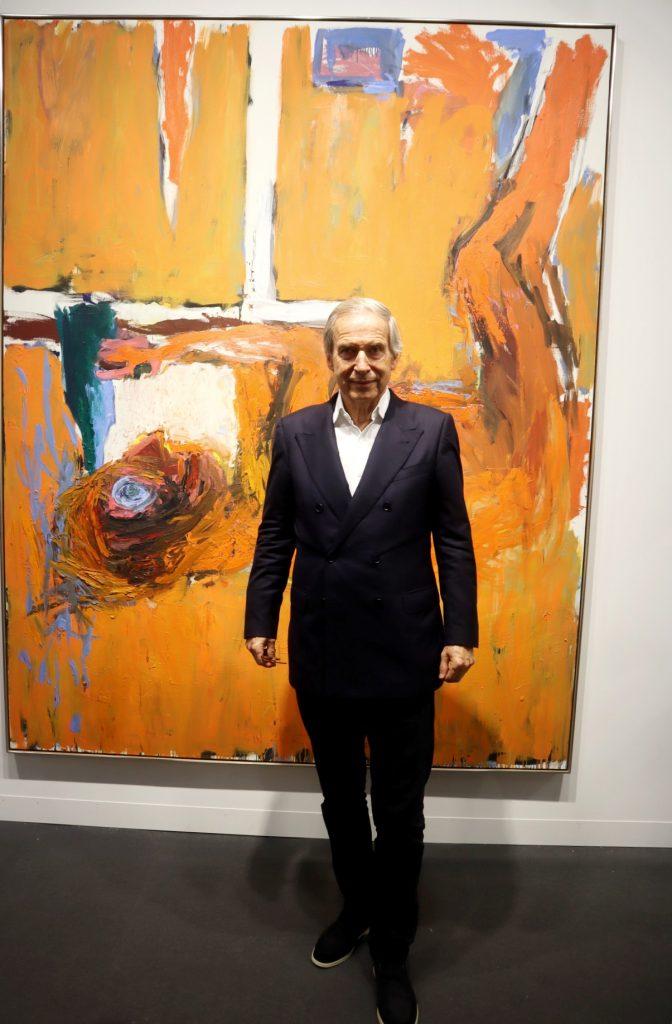 Art fairs are back and they are back with a vengeance! A week ago London was in ebullition with Frieze Masters, Frieze London, PAD, as well as auctions at Sotheby’s, Christie’s and Phillips. There are currently blockbuster shows devoted to Lucian Freud at the National Gallery, Paul Cézanne at Tate Modern as well as great exhibtions in all top galleries.

Getting a table in a Mayfair restaurant was nearly as tough as getting a work by a red-hot artist in a top gallery.

Hauser & Wirth has been diversifying its business for a while and has become a force to be reckoned with in the hospitality business. Their places such the Roth Bar & Grill in Somerset, the Fife Arms in Braemar, Scotland, and the Restaurant Cantina in Menorca have become coveted destinations, even for discerning cultural tourists that know it all and have seen it all.

The gallery has just opened in London the Audley Public House and Mount Street Restaurant on top of it. A very dear former colleague of mine told me that she had dinner there with a distinguished collector. (I am not mentioning her by name because she is extremely discreet). She showed me on her iPhone a photo that she had taken from where she was seated in the beautifully decorated restaurant that is filled with artworks. In the photograph I saw, to my great surprise King Charles III seated at a small table where he was having dinner with the Queen Consort, Iwan Wirth, and his wife Manuela Hauser. My friend was very impressed, and I was even more so. In a world that is not short of name droppers you certainly couldn’t top that!

The rumor going round London was that the ultimate goal of Hauser & Wirth’s continued growth of its network of art galleries and hospitality destinations was an IPO. This demonstrates the success of this remarkable gallery in building a brand. 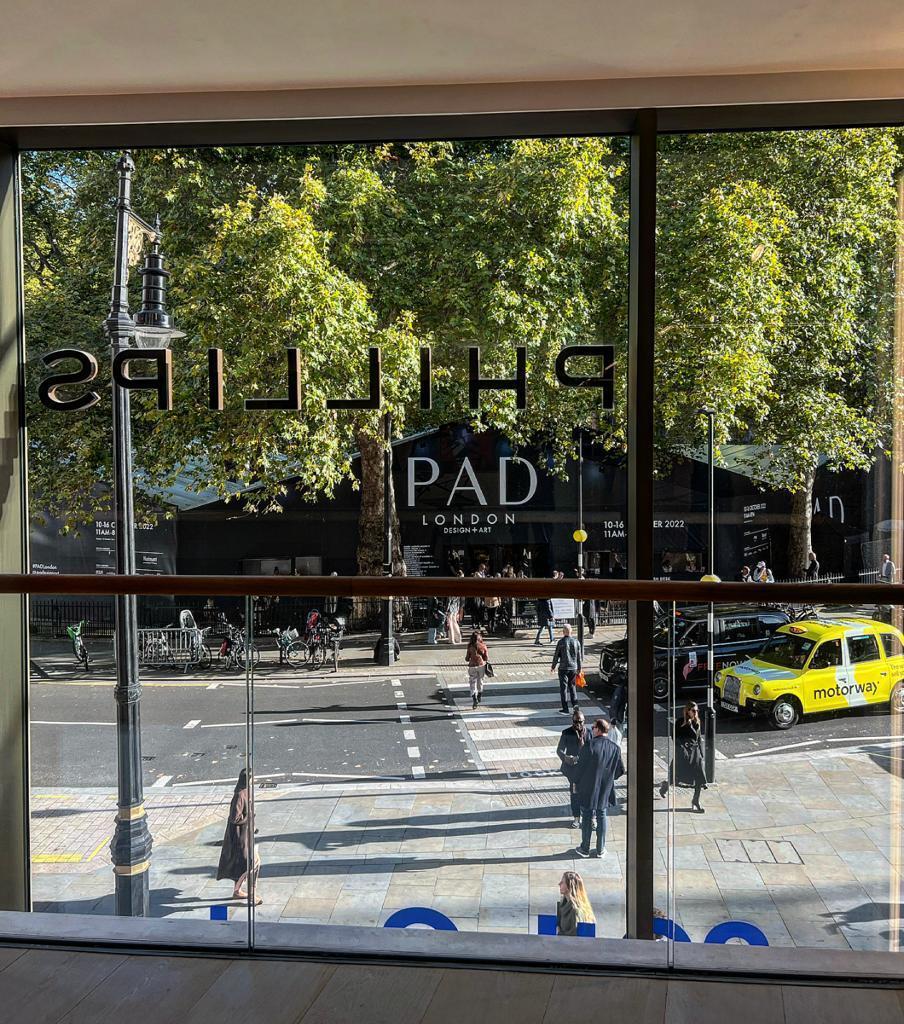 The PAD fair is appealing because of its small size and its prime location in a marquee opposite Phillips on Berkeley Square. It was packed with eager art lovers and socialites. So much so that when I was asked which artwork had impressed me the most, I replied the trees. I simply love how the beautiful trees that give this square all its charm were growing through the various booths of the exhibitors. Among the crowd of visitors, they stood out, and ultimately nothing can compete with nature.

When Frieze London opened, it was even more packed which led many people to complain and wonder how it could be that there were so many people attending the VIP opening. I told some that next time they should go to the VVIP or the VVVIP opening, which made them look very concerned that they had missed something. Maybe the organizers thought that, like at parties, the less you can move, nor hear anything, in this case nor see anything, the more it is perceived as an overwhelming success. 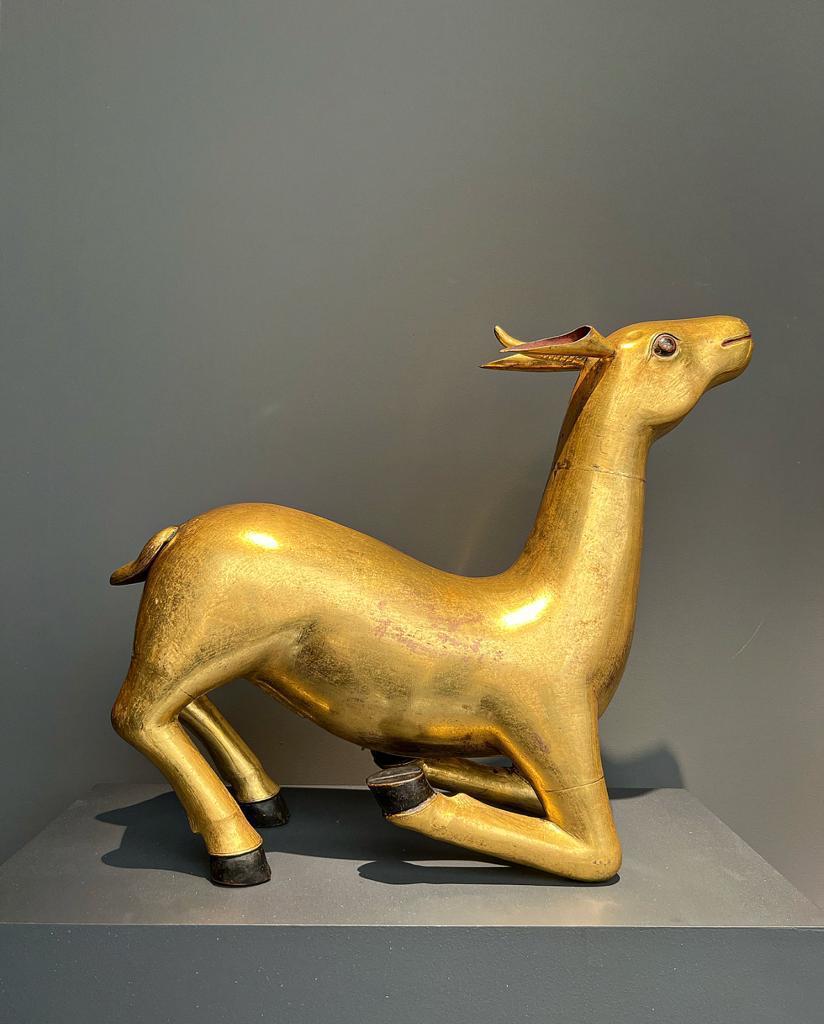 One of a pair of 18th century Tibetan deers in gilt-copper alloy at Carlton Rochell. Photo by Simon de Pury.

Frieze Masters in contrast was easier to navigate. I love seeing artworks from different epochs, areas and categories under the same roof. It demonstrates to you the totally different price structures across different fields. £100,000 spent in one field will get you an object of exquisite quality whereas in another it will hardly get you a C- piece. It is at Frieze Masters that I bumped into Sir Norman Rosenthal who proudly showed me the tiny vase by Christopher Dresser that he had just purchased at Oscar Humphries for £2,000. At Carlton Rochell, I fell madly in love with my favorite piece in the whole fair, a pair of 18th century Tibetan deers in gilt-copper alloy. Just as I was beginning to be seriously tempted, I saw a Canadian collector whom I hugely respect snap them up before my eyes. At Helly Nahmad there was a world class display of works by Joan Miro.

At the end of a non-stop week of openings, exhibitions, lectures, auctions, and dinner parties I took the Eurostar to go to Paris. Very rapidly St. Pancras Station turned into yet another crowded gathering of the traveling circus that is the art world. 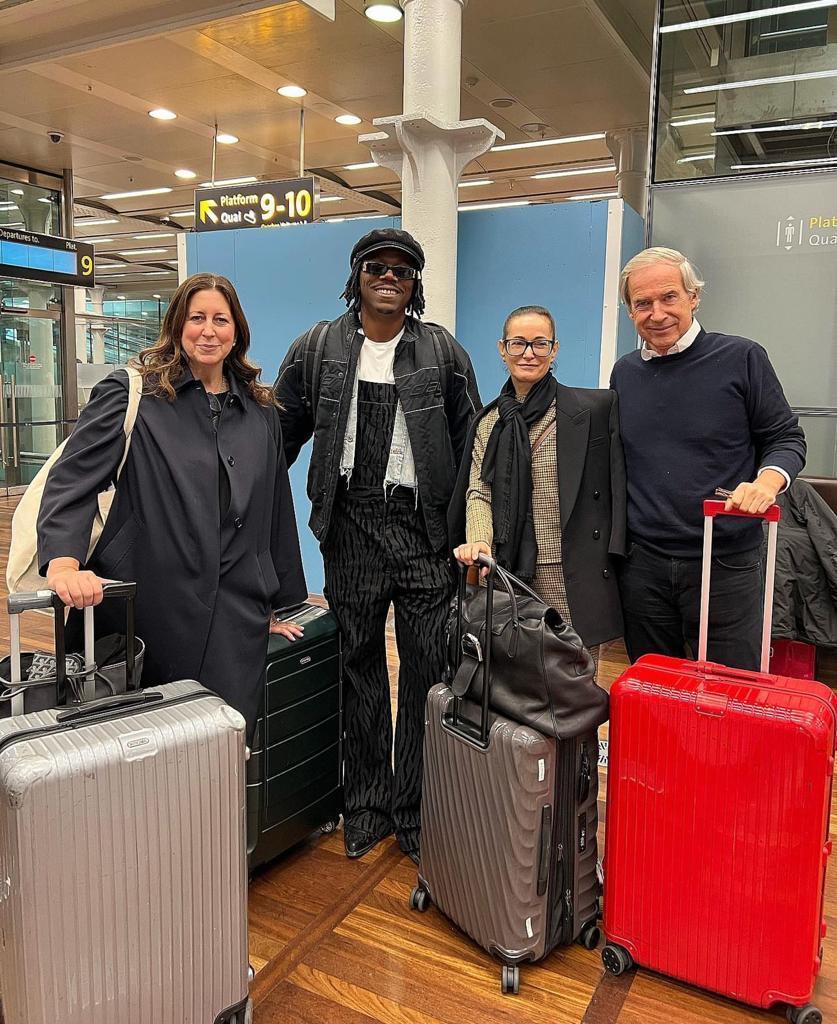 The traveling circus of the art world is leaving London and is on its way to Paris. (L-R: Lauren Taschen, Mr. StarCity, Jeanne Greenberg Rohatyn, Simon de Pury). Photo by Simon de Pury.

There was a great curiosity as to how the first iteration of Art Basel Paris would be. I will continue to call it Art Basel Paris regardless of the fact that the French authorities insisted that it be called Paris+ by Art Basel. In branding terms, it makes little sense since Art Basel is one of the biggest brands of the art world. Some of my greatest hip hop heroes such as Rick Ross, Jay-Z, Tyga, Jadakiss and Fabolous have all included Art Basel in the lyrics of some of their songs. Secondly, as a native of Basel, I will always defend the city of my birth.

Ironically Art Basel’s flagship Swiss edition has over time as much to fear from Art Basel Paris as Frieze London. By the time the restoration of the Grand Palais will be completed in 2024 and will be able to host the fair, there is a good chance that Art Basel Paris could overtake Art Basel Basel as the most important art fair in Europe. The cultural attractions of Paris but possibly more importantly its better equipped hospitality infrastructure with numerous five-star hotels will make it a tough competitor for Basel. This year’s edition is still in the Grand Palais Éphémère which is too small and doesn’t provide optimal exhibition spaces. Still most exhibitors put together booths whose quality level seemed above what they had shown at Frieze London. There was one gallerist who showed in Paris most of the highlights that he had already shown the week before in London but that was the exception. 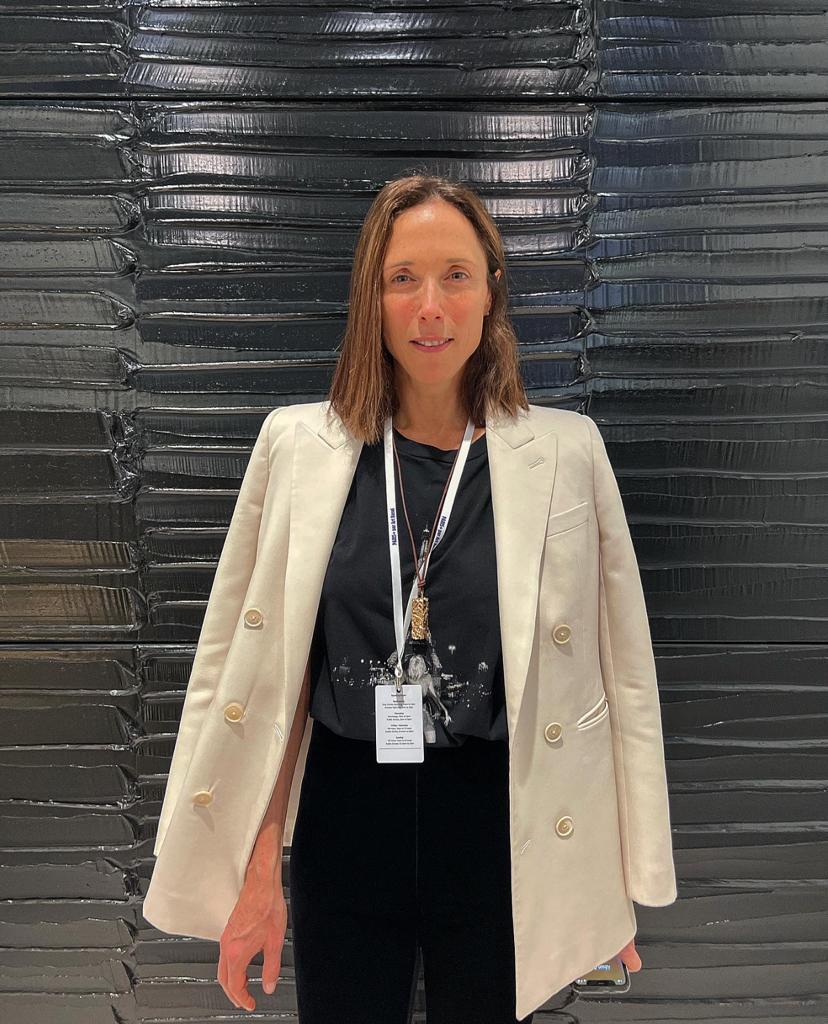 Amalia Dayan, one of the four brilliant partners of LGDR (Lévy, Gorvy, Dayan, Greenberg-Rohatyn)in front of a work by Pierre Soulages at Art Basel Paris. Photo by Simon de Pury.

Speaking of brands, the big rumor that was spreading like wildfire across the booths of the fair was that an announcement that LVMH had acquired Gagosian was imminent. I have not verified it in any way, so it is to be taken with a huge pinch of salt. But as they say in Italian se non è vero è bene trovato. If it is not true, it is well invented, as it would make a lot of sense from both perspectives. When major dealers of the past such as Leo Castelli, Ernst Beyeler, Heinz Berggruen or Jan Krugier passed away, their businesses died with them. The only brands in the art market that proved to be bigger than their top experts coming and going over the years are Sotheby’s and Christie’s.

Larry Gagosian is the undisputed global number one art dealer with his network of galleries and roster of more than 50 percent of the world’s most successful artists. In a way he has created the sexiest brand of them all. So often I encounter collectors who speak enthusiastically about their recent acquisitions. When I ask them for the names of the artists they are unable to remember them, however they remember the one important thing in their mind, they bought them at Gagosian.

Bernard Arnault is the genius who has built the undisputed number one powerhouse in the luxury world and knows better than anyone how to grow and diversify brands. His influence in the art world is already immense through the extraordinary program of the Fondation Louis Vuitton, and his impact on the careers of artists such as Yayoi Kusama is already important thanks to collaborations between artists and his brands such as Louis Vuitton or Christian Dior.

The next destination of the art world travel circus is New York for the auctionss. Everyone is in eager anticipation of the phenomenal Paul Allen Collection that is expected to beat all records at Christie’s. I’ll see you there!