Home News Art boom as the UK busts: how the economic crisis is affecting... 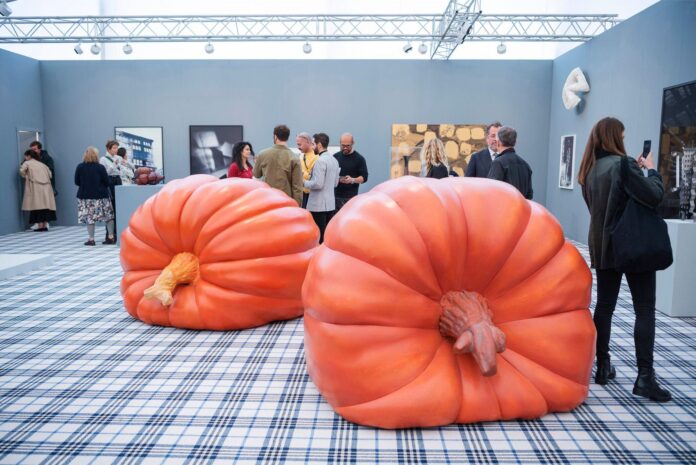 This week: Ben Luke talks to Anny Shaw, a contributing editor at The Art Newspaper, about the atmosphere at the Frieze London and Frieze Masters fairs amid the UK’s economic struggles and the strong US dollar. They also discuss the booming market for so-called “ultra-contemporary” art, and a shift in the artists being bought by collectors.

We then talk to Cecilia Vicuña, the Chilean artist and poet who, this year alone, has won the Golden Lion at the Venice Biennale, had a major exhibition at the Guggenheim Museum in New York and is the latest artist to take on the Turbine Hall commission at Tate Modern, where we caught up with her.

Our acting digital editor, Aimee Dawson, talks to Camille Morineau, founder of the Paris-based organisation AWARE (Archives of Women Artists, Research and Exhibitions), about Spotlight, the section of Frieze Masters dedicated this year to women artists of the 20th century.

And this episode’s Work of the Week is Boy in Short Pants (1918) by Amedeo Modigliani. We talk to Simonetta Fraquelli, the consulting curator for a new exhibition of Modigliani’s work at the Barnes Foundation in Philadelphia, about the painting.