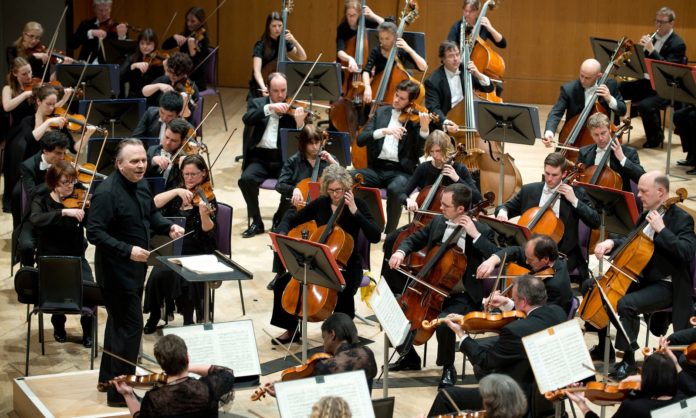 It was 2009 when Mark Elder and the Hallé began to work their way through The Ring in concert. They started with the last work in the tetralogy, Götterdämmerung, and after nine years they’ll finally complete their cycle this weekend, when Elder conducts the third part, Siegfried, in Manchester. Each instalment has subsequently appeared on disc, and the release of Das Rheingold, taken from the performance in the Bridgewater Hall in 2016, has been timed to coincide with that final live event.

With their minimal stage trappings, all the concerts have generally been well received. But the excitement of such live performances doesn’t automatically transfer to disc so convincingly, and with so many great, historic Ring cycles now available, a new CD version needs to provide a bit more than just an enduring memento for those who attended the live performances. And though the discrepancies may not be as pronounced as in Elder’s Parsifal from the 2013 Proms, which the orchestra released last year, there’s an unevenness about the performances in this Rheingold that militates against the set as a whole.

So Iain Paterson’s Wotan is certainly authoritative enough, but needs a more assertive foil than Samuel Youn’s surprisingly lightweight Alberich, for instance, as well as a more secure partner-in-crime than Will Hartmann’s Loge. But Clive Bayley’s fathomlessly dark Fafner, Susan Bickley’s humane Fricka and Nicky Spence’s instinctively theatrical Mime are all well worth preserving, as is the playing of the Hallé under Elder, and his unerring sense of the seamless musical architecture, all 165 minutes of it in this Rheingold. The perfectly paced orchestral episodes, whether the opening prelude, the descent into Nibelheim or the final progress of the gods into Valhalla, provide dramatic points of reference far more convincingly than the protagonists ever do.

Many of the same reservations apply to the performances on Opus Arte’s latest audio-only releases of Wagner from Bayreuth. Both the Tristan und Isolde (directed by Christoph Marthaler), recorded at the 2009 festival, and the 2011 Lohengrin (Hans Neuenfels’s notorious rat-infested production, first seen the previous year) have been available for some years on DVD.

Without the visuals, the Tristan, with an audibly tiring Robert Dean Smithand a worn-sounding Iréne Theorin in the title roles, is mainly distinguished by Peter Schneider’s mature, assured navigation of the score. The Lohengrin has a bit more going for it, especially Andris Nelsons’ irresistibly charged conducting, though neither Klaus Florian Vogt’s rather reticent Lohengrin nor Petra Lang’s OTT Ortrud will suit all tastes.

How to Use Online Digital Platforms to Stream and Monetize Music