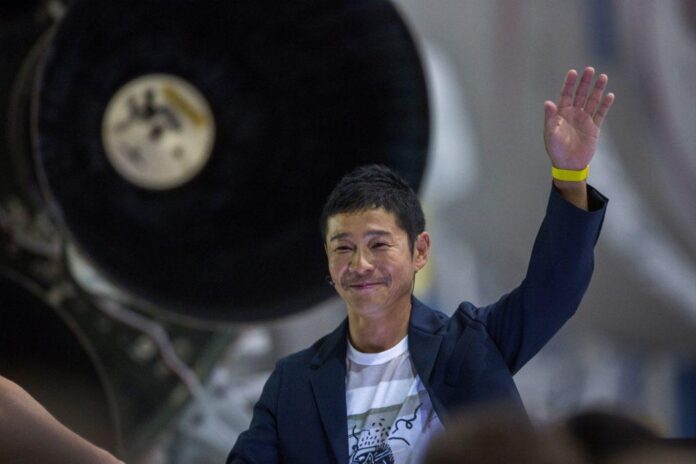 Court Orders Golf Course to Surrender Lease Over Earthwork – For more than a century, an Ohio country club has used ancient Native American earthworks as the site for an 18-hole golf course. Now, the state’s historical society, which owns the grounds of the Octagon Earthworks, has been granted permission to evict the Moundbuilders Country Club and open a public park on the grounds. (New York Times)

Denver Post Investigates Stolen Antiquities – The Denver Post has released a three-part special report exposing the role of the late Colorado scholar Douglas Latchford in a decades-long antiques smuggling scandal. After looting treasures from Cambodia’s ancient temples, he teamed up with a consultant for the Denver Art Museum, Emma C. Bunker, to get them on the market. (Denver Post)

Maezawa Picks Space Travel Buddies – The billionaire Japanese art collector Yusaku Maezawa has selected a group of cultural figures, including DJ Steve Aoki, rapper and art collector T.O.P, and photographers Rhiannon Adam and Karim Iliya to join the crew for a civilian trip to the moon on a SpaceX rocket planned for next year. ()

Artists Flock to OnlyFans – As social media sites work to keep nudity off their platforms, where does that leave artists hoping to share more risqué works? Some have been flocking to OnlyFans, the uncensored app that made popular by sex workers during the pandemic. (TAN)

Michigan Museum to Close – Citing “obstacles faced during the pandemic,” the president of Kendall College of Art and Design, Tara McCrackin, announced the closure of the Urban Institute of Contemporary Arts (UICA) in Grand Rapids, Michigan. Founded by local artists in 1977, the museum recently staged shows by Kennedy Yanko, Larry Cook, and Jessica Campbell. (TAN)

Kochi-Muziris Biennale Postpones – The largest contemporary art exhibition in India announced it would open 10 days later than originally scheduled just hours before it was due to begin. Citing “organizational challenges, compounded by external factors,” organizers said the show will now open on December 23. ()

New Insight Into a Forgotten Venetian Master – The early Renaissance painter Vittore Carpaccio, too long neglected in favor of other Venetian masters like Titian and Tintoretto, is finally getting the attention he deserves in a new show at the National Gallery of Art in Washington D.C. (NYT)

BTS’s RM Performs at Dia Beacon – The K-Pop sensation RM, of BTS, has released the recording of a 12-minute concert staged at Dia Beacon in upstate New York to coincide with the release of his first solo album, . In an interview with the museum, the musician and art collector said: “Visual art has helped me to develop unique textures of sound and added some depth to my music.” ()