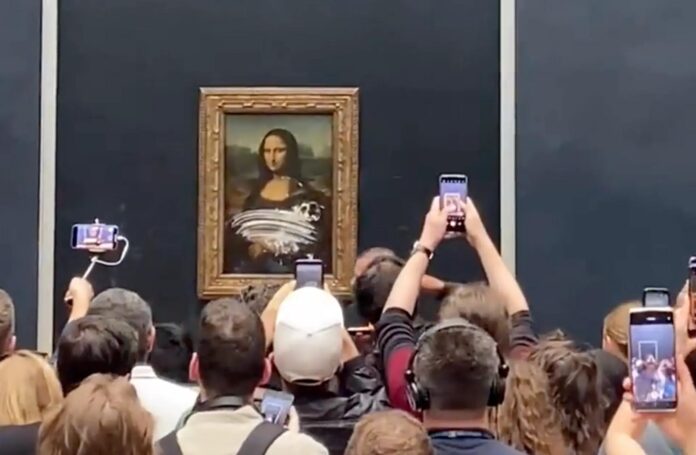 Directors from 92 institutions worldwide, including the Musée du Louvre in Paris and the Museum of Modern Art in New York (MoMA), have signed a statement warning that recent attacks on works in museums by eco activists are putting such masterpieces at risk.

The complete statement—issued by the National Committee in Germany of the International Council of Museums (Icom)—says: “In recent weeks, there have been several attacks on works of art in international museum collections. The activists responsible for them severely underestimate the fragility of these irreplaceable objects, which must be preserved as part of our world cultural heritage. As museum directors entrusted with the care of these works, we have been deeply shaken by their risky endangerment.”

“Museums are places where people from a wide variety of backgrounds can engage in dialogue and which therefore enable social discourse. In this sense, the core tasks of the museum as an institution—collecting, researching, sharing and preserving—are now more relevant than ever. We will continue to advocate for direct access to our cultural heritage. And we will maintain the museum as a free space for social communication.”

The continued attacks at museums and galleries take place against the backdrop of the 27th United Nations Climate Change Conference, Cop27, in Sharm el-Sheikh, Egypt, which has prompted questions about how museums tackle the climate change crisis.

Robert Janes, a researcher at the School of Museum Studies in Leicester, UK, wrote in the online publication The Beam: “Why is the global museum community not confronting climate change with its collective will and intelligence? One explanation is that climate change is a taboo subject—not to be talked about with family, friends and colleagues.”