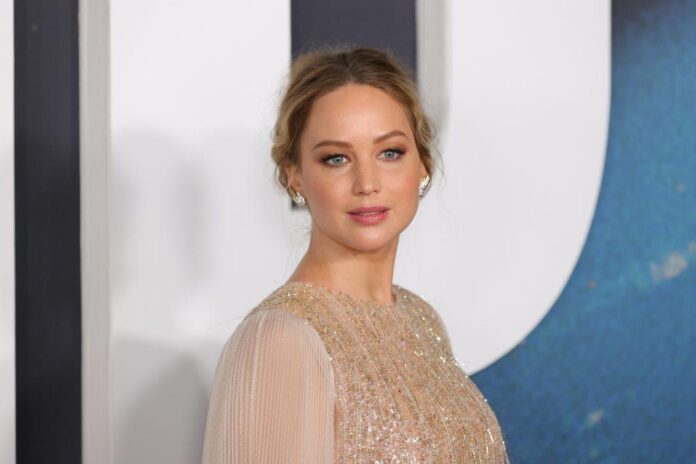 How Became a Barometer for Climate Change – A group of 28 arts institutions around the world are joining forces to create the World Weather Network, which operates so-called “weather stations”—artworks, landmarks, or regions—to encourage people to explore changing weather patterns. As part of the initiative, the Holt/Smithson Foundation, which runs , will share unseen footage and rare photos taken over the past 50 years. (Fast Company)

U.K. Culture Secretary Steps Down in New Regime – British Culture Secretary Nadine Dorries is stepping down from her role now that Liz Truss has taken over as prime minister from Boris Johnson. She has chosen to return to the backbenches after being asked to remain in the cabinet, believing it was the “right time to go,” according to sources close to her. ()

Jennifer Lawrence Named Her Baby After Cy Twombly – Jennifer Lawrence is ‘s October issue cover star, and the most picked-up tidbit from her interview is a parenthetical more than a third of the way through the article. That’s where the author reveals the name of Lawrence’s baby boy with her husband, Gladsone gallery director Cooke Maroney. Although Lawrence declined to speak about her child in detail, she did reveal his name is Cy, “after the postwar American painter Cy Twombly, one of Maroney’s favorite artists.” ()

Typhoon in Korea Wreaks Havoc on Fairgoers – Super Typhoon Hinnamnor has brought extreme weather conditions to South Korea, causing flooding, the cancellation of hundreds of flights, and trouble for the international dealers visiting the country for Frieze Seoul. (The Art Newspaper)

Artists Shortlisted for Land Art Project –  Olafur Eliasson, Rachel Whiteread, Roger Hirons, and Piet Oudolf have been shortlisted to create the concept for a new major public land art program in the U.K. The major commission, which will launch next spring, will be located on the West Cumbria coastline in Northwest England. (TAN)

Eye of the Collector Announces Third Edition – London’s boutique art and design fair the Eye of the Collector has announced it will hold its third edition on May 17–20, 2023. The no-booth concept fair will return to Two Temple Place in central London. (Press release)

Newton Harrison Has Died – Newton Harrison of the Harrison Studio died on September 4 in his sleep at the age of 89, his gallery Various Small Fires announced. One half of the husband-and-wife team often referred to as the Harrisons, Newton was a leader of the Ecological Art movement, collaborating with biologists, ecologists, urban planners, and activists to create art that offered insight into our impact on the planet. (Press release)

In Memoriam: Remembering the Curators, Artists, Writers, Dealers, and Arts Patrons We Lost in 2022