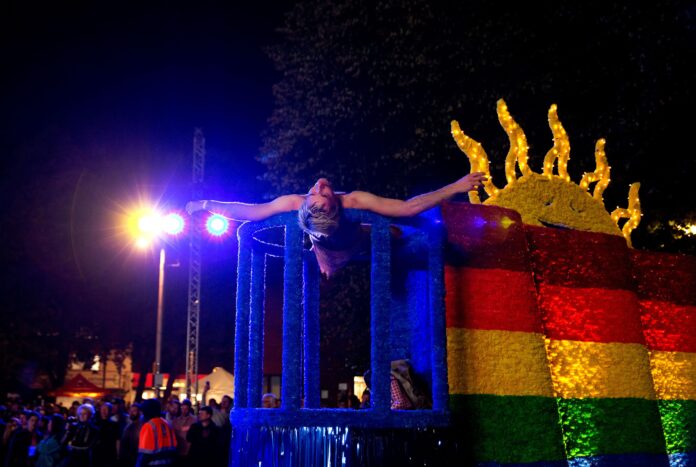 Art Night, the free contemporary art festival, is moving out of London and taking place in Dundee this summer with live events, performances and installations being held across the Scottish city from the evening of 24 June.

This edition includes ten commissions, including a programme of community and artist-led projects. The artist roster is due to be confirmed, although Tai Shani, a co-winner of the Turner Prize, is among the participating artists.

Art Night Dundee will be the organisation’s fifth festival—the first four having taken place in London from 2016 to 2019—and is being organised in partnership with Dundee Contemporary Arts (DCA). Other project partners include V&A Dundee, NeoN Digital Arts and Cooper Gallery, Duncan of Jordanstone College of Art & Design (DJCAD) at the University of Dundee. Art Night Dundee, now a biennial event, is funded by The National Lottery through Creative Scotland.

“We had always hoped to turn Art Night into a national event. Dundee is electric; we really hope this will encourage people to travel to the city,” Nisbet tells The Art Newspaper. “Some of the works will be ephemeral, including durational performance pieces. Some will exist for longer and or will tour to other venues after the festival. Many of the projects are co-commissions with brilliant partners. Most of our staff will be located in Dundee, making sure we’re making the most of excellent local talent rather than parachuting [staff] in.”

At the last Art Night in 2021, the Guerrilla Girls spread their anti-discrimination message across the UK with a series of billboard works on show in cities such as Dundee, Birmingham, Leeds and Cardiff.

The project had begun to expand nationwide the same year with a screening of film works by the Barbadian-Scottish artist Alberta Whittle at Platfform 2 (sic)—a project space at Abergavenny train station in Wales—in collaboration with the arts organisation Peak.

Brad Pitt makes his debut as a sculptor in Finland exhibition