Home News Artist-Led Spaces Are Proliferating Around the World, Filling a Gap Caused by... 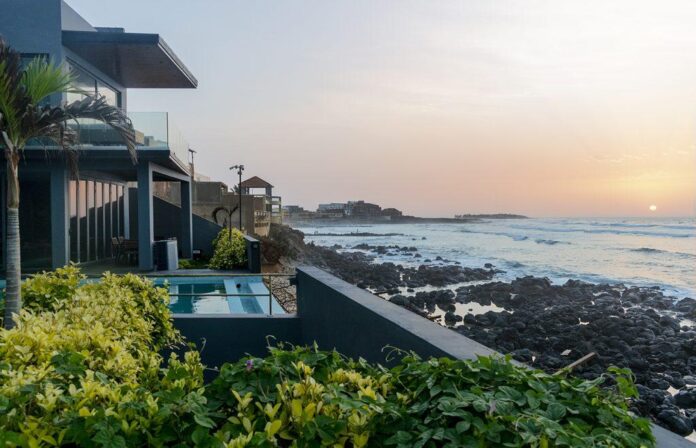 While artist-run spaces are nothing new, over the past five years, the landscape of institutes and residencies founded by artists appears to be growing worldwide. These spaces are being set up in areas with zero or dwindling state funding for the arts, and offer space for artistic production away from the demands of mainstream art institutions and the grueling forces of the art market. They are sprouting up around the world, from the U.K. and Italy, to Kenya and Singapore.

These new spaces are largely led by artists that have had their fair share of the art world limelight, have reaped financial gains abroad and are now eager to help foster a younger generation of creatives. Their art centers often become places where groundbreaking work is made and where young artists are increasingly having their first shows.

But why is this phenomenon on seemingly such a fast track?

For the Kenyan artist Kaloki Nyamai, a lot of it has to do with access. One of Africa’s rising stars, he presented work in the Kenya Pavilion at this year’s Venice Biennale, at the Dakar Biennale, and with Galerie Barbara Thumm at this year’s Art Basel Miami Beach. Nyiami is now launching an art residency and library in Nairobi, scheduled to open in February, to provide much needed resources for Kenyan artists. 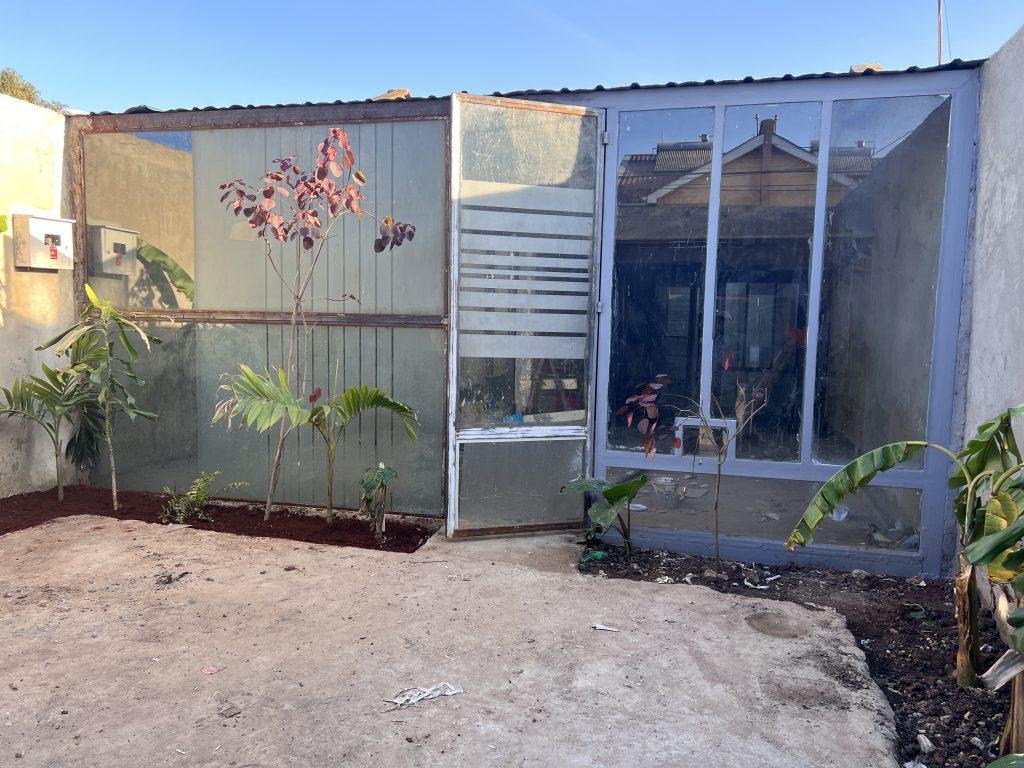 Kaloki Nyamai, one of Africa’s rising stars, is now launching an art residency and library in Nairobi in February, to provide much needed resources for Kenyan artists.

“I came up with the idea to make an art library while I was researching for my own work and realized there were no places in Kenya where I could easily find art books,” Nyamai told Artnet News. “There is no library for art in Kenya and the government has removed the study of art from the curriculum of public schools.”

“My country needs these opportunities,” he said. While the artist residency will be primarily aimed at Kenyan artists, it will also invite international artists with the aim of fostering cultural exchange.

“I am hoping that this small change will one day become big and that we will have a vibrant art scene in Kenya, for a new generation to come and find a country that loves and supports the arts.”

As the number of African and African diaspora artists that have reaped success continues to multiply, so too does their desire to help grow the African art scene. Faced with no state and little private support for the arts in their home countries, these artists are taking matters into their own hands to encourage a younger generation of artists.

“I believe that for many of us, we are not waiting for our government to support the creative sector, it is something that we have to engage in ourselves—a path that is not always easy,” the Ethiopian artist Aïda Muluneh told Artnet News.

In 2010, Muluneh launched Addis Foto Fest, held biannually in the Ethiopian capital, to “bridge the disconnect between photographers on my continent and those beyond,”  she told Artnet News, and provide much needed opportunities for young African photographers to show their work. As an extension, Muluneh also established the Africa Foto Fair in 2022—an online platform “to connect Africa to the world and the world to Africa through images.”

“Art education needs to be an integral part of early childhood development and also part of an institution’s curriculum. This is something that is lacking in most countries in Africa,” Muluneh said. “Hence for many African artists, it has given us a sense of urgency to provide alternative education to encourage the continuous development of creativity and access to the international market. 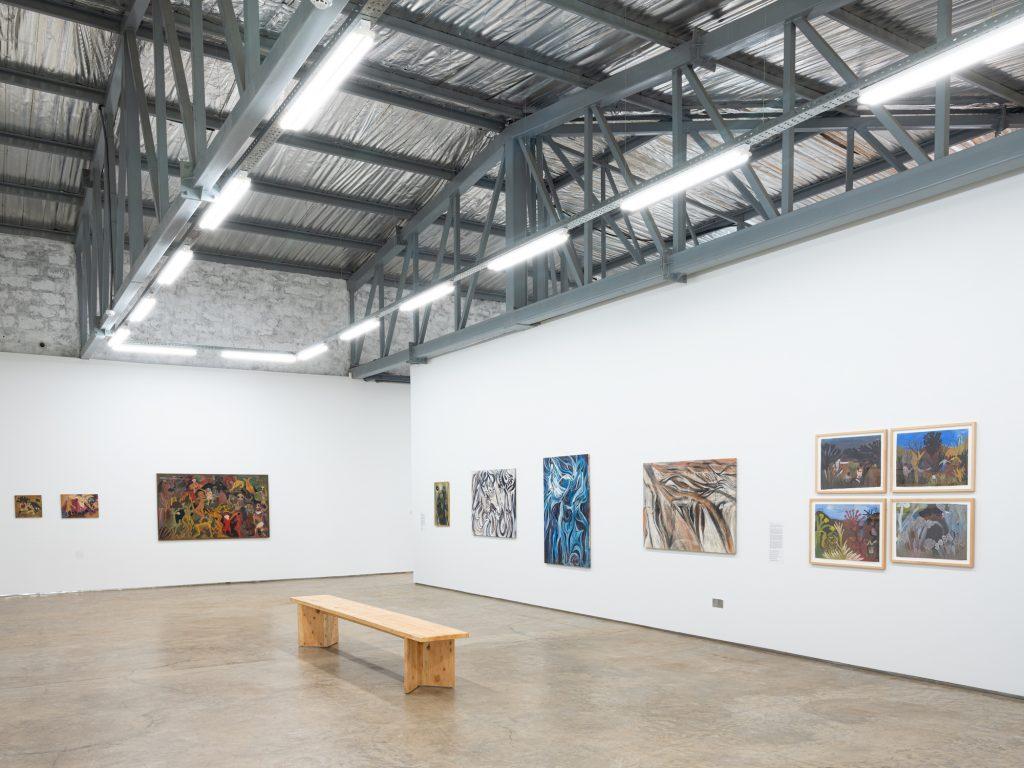 “There is a rich contemporary art scene in Nairobi, but there are limited spaces for artists to show their work. NCAI tries to fill this gap,” Don Handa, the institution’s curator, told Artnet News. “We are trying to bring together the present and what has come before.”  Handa said the non-profit is also working on building a collection of East African art that can serve as “an archive of works” from the region. 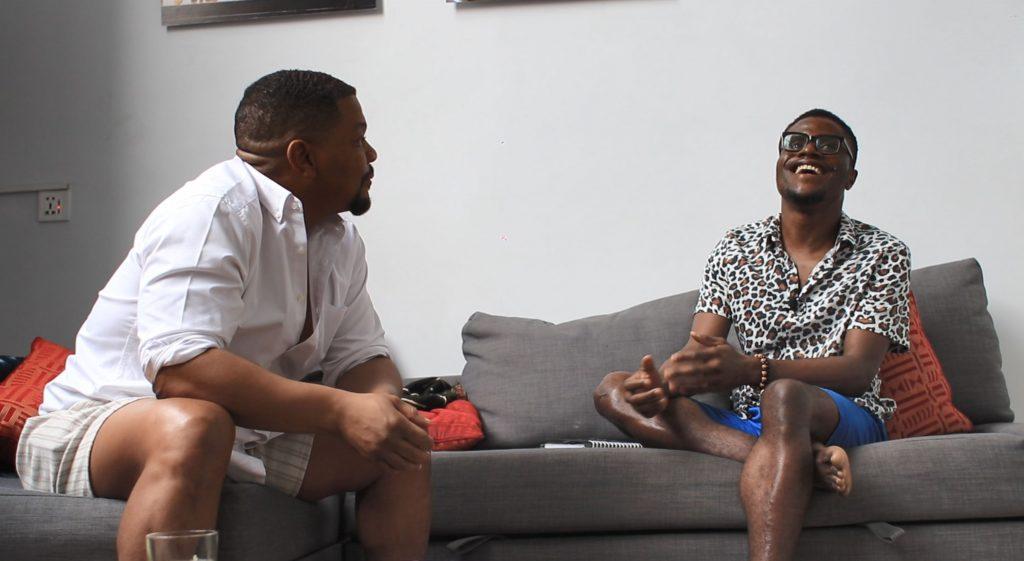 Kehinde Wiley launched his Black Rock Senegal residency in 2019 “to galvanize the growing artistic and creative energies that exist in Africa.”

A similar goal is shared by established Ghanaian artists that have set up their own spaces alongside diaspora artists like Kehinde Wiley. His Black Rock Senegal residency, which he launched in 2019, was created “to galvanize the growing artistic and creative energies that exist in Africa,” he says. Black Rock is now planning to open another residency in Nigeria.

Ghanaian painter Kwesi Botchway has also launched the Worldfaze Foundation, which comprises an art studio in Ogbodj, a town in the Greater Accra region. The foundation uses art to engage and empower Ghanaian youth affected by poverty and other challenges. 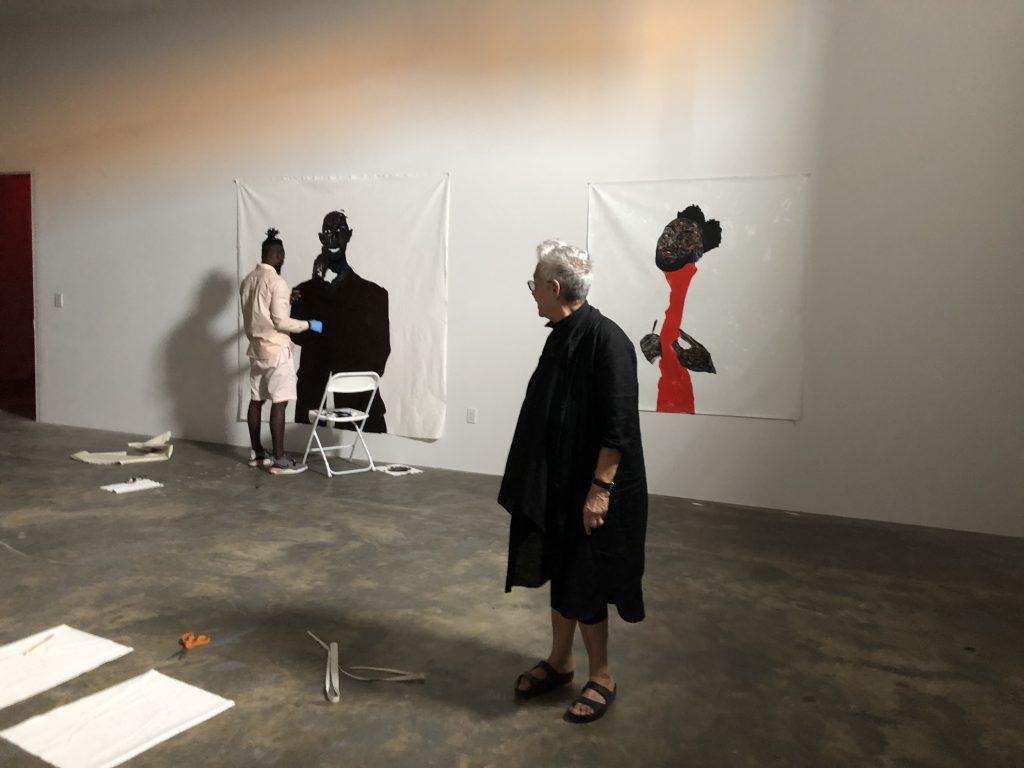 On December 17, Ghanaian art star Amoako Boafo inaugurated dot.ateliers in Accra. Designed by Sir David Adjaye OBE, the center hopes to become a groundbreaking space for art creation in the Ghanaian capital. The monolithic, three-story-high structure includes a studio, gallery, café, art library, office, and courtyard. Its vision is to foster a community-driven and ecologically responsive platform to foster the next generation of artists, both on the continent and globally.

“I want it to be a space that will support and equip artists to enable them to be bold in their expression,” Boafo told Artnet News. “For the wider African scene, I hope the community finds it to be a space they can be proud of and engage with, whether they are participating or are part of the audience.”

And the Kinshasa-based artist Eddy Kamuanga Illunga, one of the Democratic Republic of the Congo’s rising stars, is launching Studio M’Pongo in his hometown at the end of 2023. The studio will provide residencies and an exhibition space for both Congolese and international artists. “The idea is to confront local artists with international artists,” Illunga told Artnet News. “We think it will push and stimulate local artists.”

Artist-run spaces are also a rising phenomenon across Europe, the U.K., and Asia. Their proliferation stems from a need for alternative art education and networking, and to counteract the setbacks caused by the Covid-19 pandemic.

The latter is often cited as the predominant impetus for the rise of artist-run spaces in Rome, which flourished while public institutions remained shut, prompting art professionals to rediscover the young artists working in the capital.

In Germany, the Berlin Program for Artists, founded by artists Simon Denny, Willem de Rooij, and Angela Bulloch in 2015, runs a nomadic mentoring program for artists. 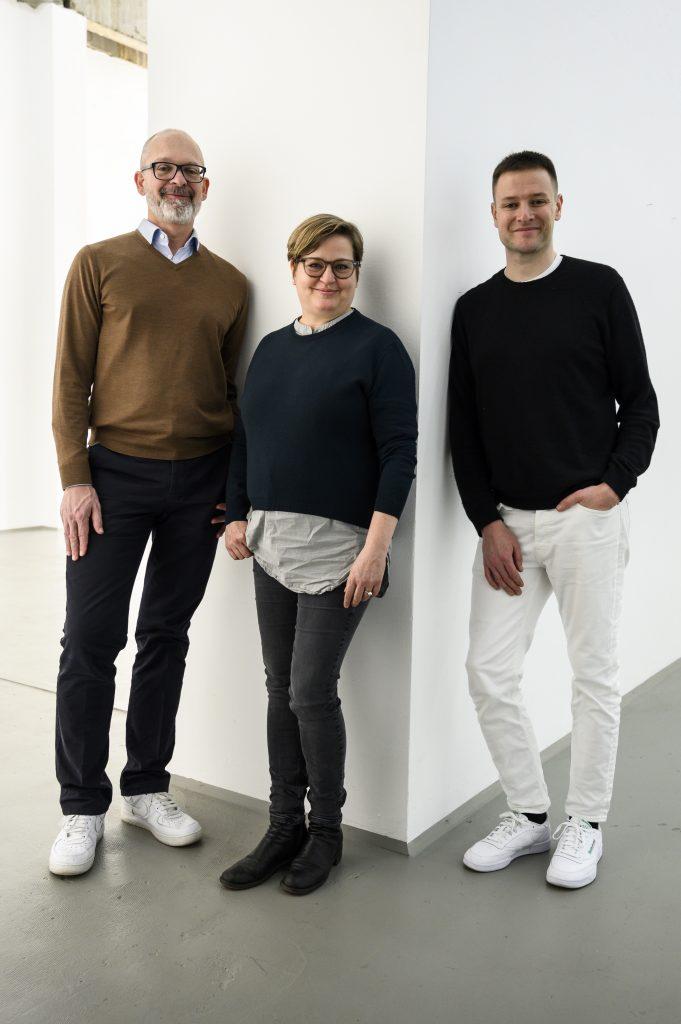 “We are not a school; we work with young artists after they finish their training to provide support during their first years as an active independent art producer,” Willem de Rooij told Artnet News. “The first 10 years of an artist’s career are formative; this is the time when artists either continue, or drop out and pursue other careers.”

De Rooij is particularly interested in cross-cultural exchange, and has for over a decade collaborated with the Blaxtarlines department at Kwame Nkrumah University of Science and Technology in Kumasi, Ghana.

Artists are selected for the Berlin Program via an open call. “We started with 30 applications and now we have 450,” de Rooij added. At the moment the project is largely funded by public grants from the German government and private support, but times have been tough and the artists are always alert to protect the program’s future.

They are pushing through for the time being, due to their strong belief in supporting the next generation of artists. “We want to foster relationships while the artists are here that are meaningful and that continue after they leave,” de Rooij said.

Singaporean artist Jason Wee founded Grey Projects on the Southeast Asia island in 2008, to enable himself and others to develop their artistic expression outside of the hierarchical international art market.

“The more space artists make, the more space there is. Not only for objects (which museums and galleries always make room for), but for artists as well,” he writes in his essay, Whither Artists Spaces.

In the U.K., several major central London museums and arts organizations saw drastic cuts in their Arts Council England (ACE) funding for 2023—a further sign of the dwindling state support for the nation’s arts sector. To fill the vacuum, artists themselves are coming to the rescue. 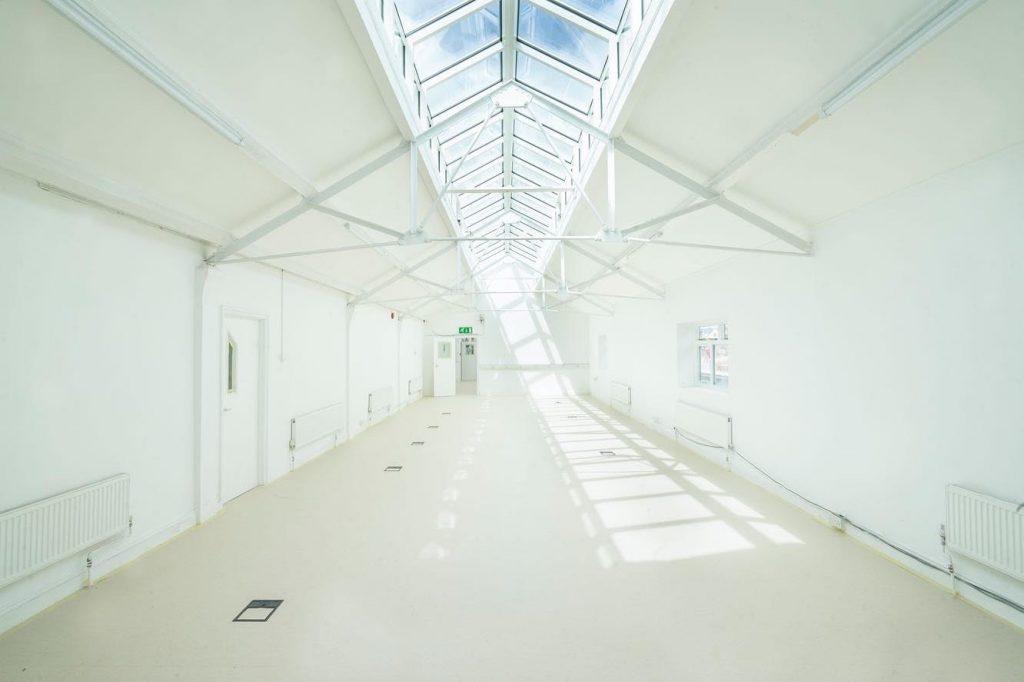 British artist Tracey Emin started a new “revolutionary” art school and artists’ center in her hometown of Margate in 2022, housed at a former bathhouse and mortuary.

One is the British artist Tracey Emin, who started a new “revolutionary” art school and artists’ center in her hometown of Margate in 2022. The school called TKE Studios—which stands for her full name, Tracey Karima Emin—is housed at a former bathhouse and mortuary five minutes from her studio. Her aim is to redesign the location, and place 30 studios there for accepted art students. The studios are also a way to bolster the reputation of the southeastern English city, which has long been afflicted with a high poverty rate.

Like artist-run spaces opened by Emin’s contemporaries in other parts of the world, TKE Studios aims to encourage other artists by providing them with the means to create their work freely. She intends to make it financially feasible to attend the school by keeping rents low enough that artists don’t need to take on part-time jobs while they’re there. After being diagnosed with cancer in 2020, the artist has been on a mission to give back and preserve her legacy.

“After being so unwell with bladder cancer, and getting through it, I felt like I wanted to do something which gives back to others,” Emin told Artnet News. “The artists’ studios and artists’ residencies are the perfect thing. If I hadn’t had an art education, I doubt I would still be alive.”