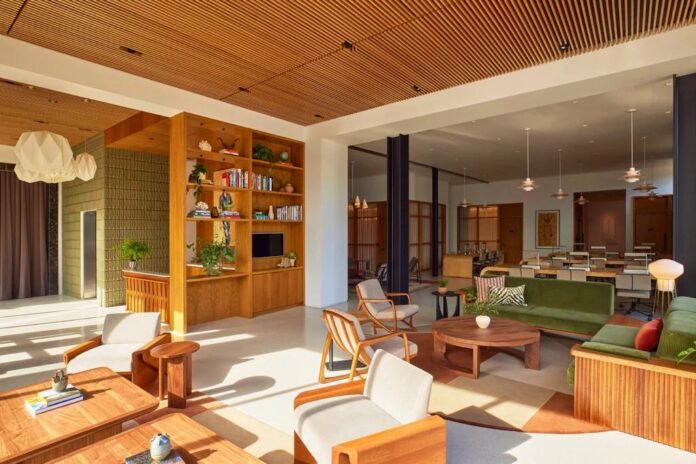 With its elegant, art-focused hospitality, NeueHouse has just opened its third West Coast location in Venice Beach, California, nipping at the heels of Soho House. Like its competitor, NeueHouse has erected private club/coworking outposts in downtown Los Angeles and, just eight miles to the west, Hollywood.

But the seaside NeueHouse, opened recently, could give Soho House’s Little Beach House in Malibu a run for its money and glitterati clientele. In addition to the expected coworking spaces, meeting rooms, and house-roasted coffee, it boasts a podcast recording studio and beachy must-haves of post-ocean swim showers and surfboard storage.

“Members have been settling in, bringing new creative energy to an address with an inspired cultural legacy,” said a December 16 post on the NeueHouse Instagram account. 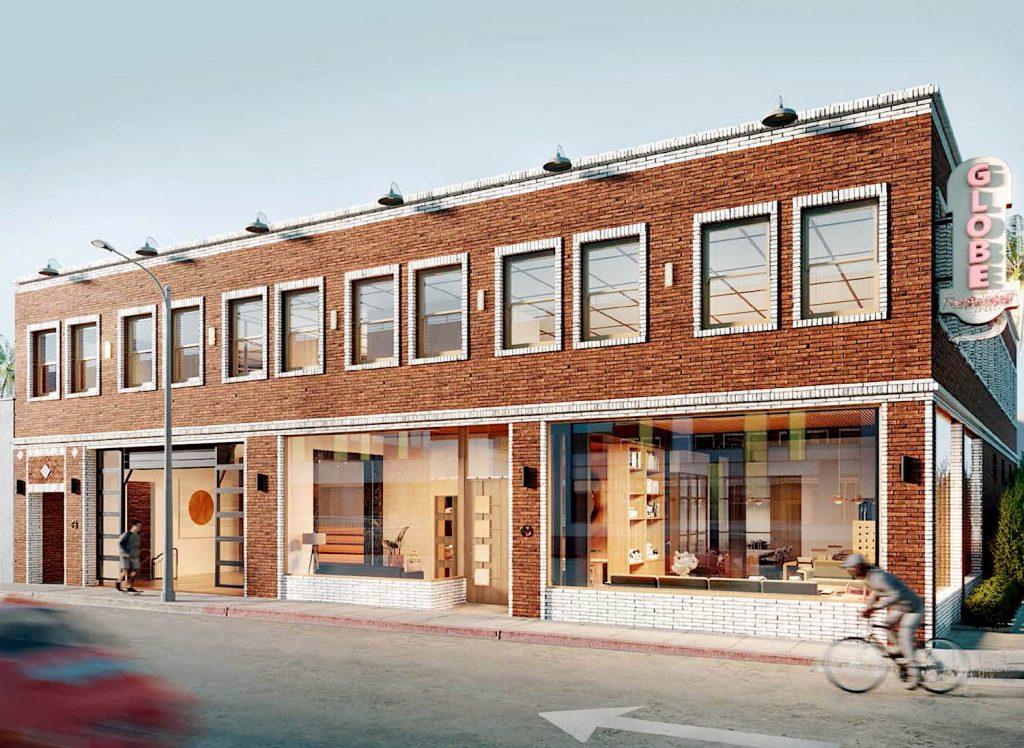 A block from the sandy berm known for its two-mile boardwalk of bohemian performers and mystics, and the birth of skateboarding, NeueHouse occupies the brick, two-story corner building at 73 Market Street. Built in 1922, it was most recently owned by the social media platform Snap.

An interior overhaul by Toronto-based DesignAgency has captured Venice’s dual design motifs of nature (think wood paneling, greenery, and airy spaces) and mid-century modernism (the town brims with postwar bungalows). NeueHouse intends for the experience of the space, its hospitality, art shows, and collaborative projects to be “an accelerator for creative potential, cultural progress, and new ideas.”

There’s quite a lot of Hollywood cred to the building, which buzzed from 1977-2014 with film production companies when Oscar-winning director and producer Tony Bill () was landlord. Techies will likely be among those flocking to NeueHouse’s open or private workspaces and soon-to-open rooftop restaurant (called Reunion), since the three-square-mile town of Venice, dubbed “Silicon Beach,” is the third-largest tech hub in the U.S., after Seattle and San Francisco.

Catering to the global art scene, NeueHouse also runs a Manhattan location and will soon open a spot in Miami. In addition to its slate of cultural programming, it has established a partnership with Frieze for combined access to the art fair’s events and membership-only perks. Memberships range from access to coworking areas at $595 a month to “Salon” membership starting at $4,200 a year.

“I love seeing people inspired in a setting,” Josh Wyatt, CEO of CultureWorks, which owns NeueHouse, told Penta magazine earlier this year. “You can do that through curation, design and architecture and teams. All those wrapped together is what I’ve been doing.”

See How the Dutch Collective DRIFT Is Using Illuminated Drones to ‘Rebuild’ the Sagrada Familia, the Colosseum, and Other Landmarks

At a Buzzy Auction of Hollywood Memorabilia, Moses’s Staff Sold for 22 Times Its Estimate, Beating Out the Alien Figure From ‘E.T.’