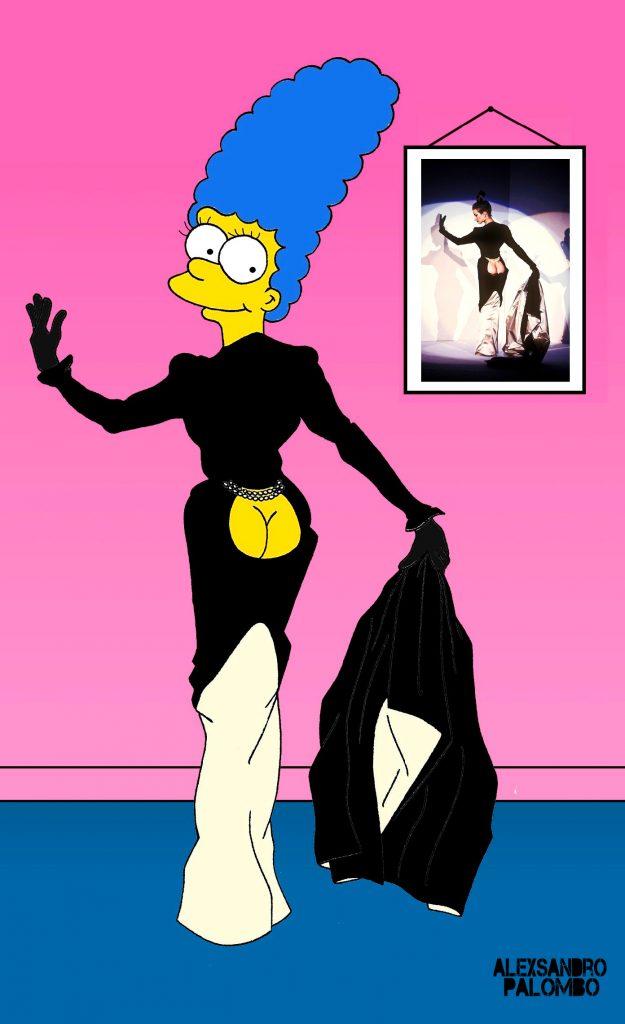 Following legal threats, Instagram has removed an Italian artist’s illustration from the account of Cardi B, who allegedly appropriated the artwork without permission.

Last Halloween, the “Bodak Yellow” rapper shared a picture of herself dressed up as Marge Simpson in a racy dress. The image was an apparent homage to an illustration by Italian artist aleXsandro Palombo, which was also included in Cardi B’s post. Two of the musician’s collaborators, photographer Jora Frantzis and stylist Kollin Carter, similarly shared the shots.

But Cardi B didn’t credit Palombo in the post, nor did Frantzis or Carter. The artist in turn threatened to sue for copyright violation, hiring the Milan-based lawyer Claudio Volpi to lead the proceedings.

“Cardi B and her collaborators have used my artwork without any authorization, debasing its original meaning and only to amplify their image with a clear commercial purpose that has nothing to do with that path of social awareness that has always characterized my works,” Palombo said in a statement.

Palombo’s piece belongs to “Marge Simpson Style Icon,” a 2013 series of illustrations that reimagines the cartoon character in famous fashion photographs from the past century. Among the looks alluded to in the series are Bjork in her swan Oscars dress, Madonna in her Jean Paul Gaultier bustier, and Audrey Hepburn in her “Breakfast at Tiffany’s” Givenchy gown.

The idea, Palombo wrote in an Instagram post of his own, was to “[transform] Marge into a style icon.” He called the body of work a “reflection on women’s emancipation and gender equality through the most iconic moments of the last 100 years in fashion costume.”

The image at the heart of the Cardi B dispute shows Marge wearing an infamous 1995 Thierry Mugler dress with a peach-shaped hole cutout below the lower back, revealing the top of her buttocks.

As of today, Palombo’s artwork has been removed from Cardi B’s original post, although the pictures of her costume remain on Instagram. Frantzis and Carter’s posts have been removed entirely.

In an email, Volpi explained that he has not yet filed a copyright infringement complaint on behalf of his client. “AleXsandro Palombo believes he has suffered considerable damage due to the conduct of Cardi B and her collaborators and still reserves the right to take legal action in order to be compensated,” the attorney explained, noting that the “images still present in Cardi B’s Instagram account constitute an illegal elaboration of his work.”

“There are very frequent cases in which copyright…is violated through social media,” Volpi went on. He added that it is “essential” that social media companies like Instagram be “held accountable for illegal content that is published through their platforms.”

“I personally dedicate my life and my art to fighting abuse, violence, and injustice,” Palombo said. “I have always fought for the respect of human rights and I am not afraid to take sides. By nature, I am a great observer and what I see, among other things, is that authentic creativity is disappearing. I also see a large number of thefts of creativity by mediocre people.”