Home News Beyoncé’s Favorite Photographer Gets a New Gallery, Jerry Saltz Gets Into a... 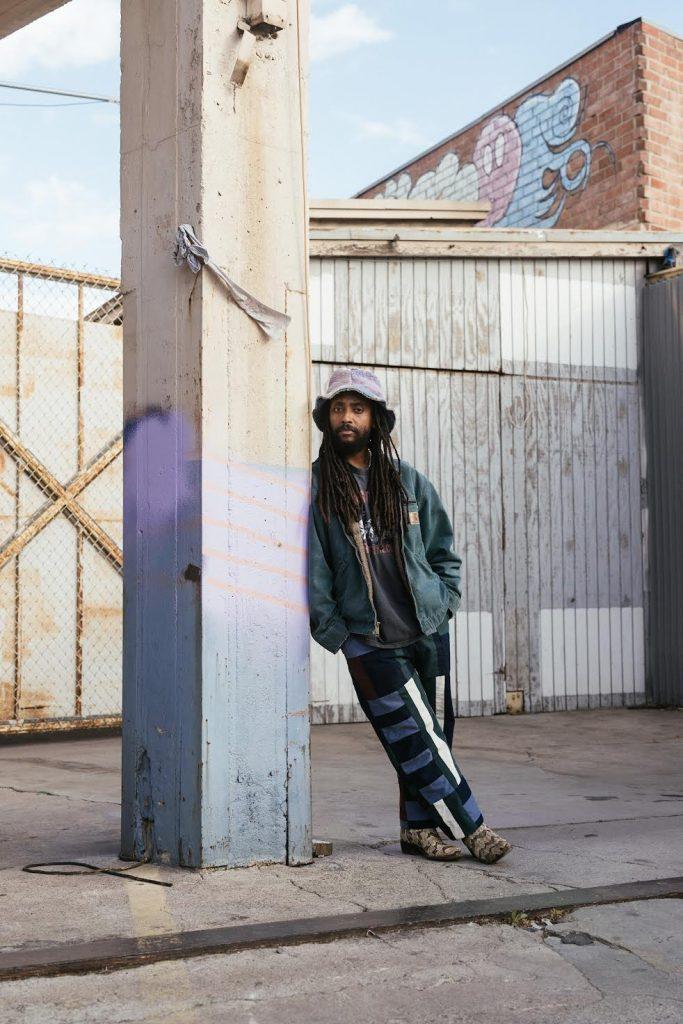 The career trajectory of Awol Erizku feels particular to the current moment. The Ethiopian American artist is classically trained, with gold-standard art school degrees from Cooper Union and an MFA from Yale; has had several solo with Los Angeles’s Night Gallery; picked up European representation with Ben Brown Fine Arts; and had a solo show at Gagosian’s uptown location in New York curated by Antwaun Sargent. The works—cosmic, mythology-inspired lightbox photographs of stuffed animals—sold in the mid five-figures. His current auction record is for, a contemporary take on the classic Vermeer painting that sold at Phillips for $52,500 in 2017.

Yet he didn’t find mainstream success through the art world. He started elsewhere, when he was tapped by Beyoncé for a group of pregnancy photos in 2017, which established him as a household name. (Sound familiar? It’s a path that Tyler Mitchell and Kennedi Carter have also taken: Both of their careers soared after Beyoncé tapped them to photograph her for .)

His rapid rise is now setting upon a new chapter, as Wet Paint can exclusively reveal that Sean Kelly has picked up representation of the artist, beginning with a solo show slated for 2023.

“We purchased our first piece by Awol Erizku many years ago for our family collection when he was a student at Cooper Union,” Sean Kelly told Wet Paint over email. The work he got? Another edition of , Erizku’s record-setting image.

“We have been close to him and followed his career attentively since that time. We are delighted to welcome him to the gallery and to represent his powerful, engaging, and thought-provoking body of work.”

Erizku told Wet Paint that Kelly has been a mentor to him since he graduated from Cooper, remarking over the phone from his Los Angeles studio that “there are a few people in the art world that are like Sean, where it’s like family, its not about the exchange of commerce. It’s more about the wellbeing of the artist, and the career path.”

Erizku added that the decision to go to Sean Kelly was easy.

“I’ve always known Sean to put on some really exceptional shows, and more importantly the fact that he’s a maverick in the art world has allowed me to make this decision rather smoothly.”

Can’t wait to see that first show. Congratulations to them both!

JERRY SALTZ AND KJ FREEMAN DUKE IT OUT

To say he’s trigger-happy with the post button is an understatement. Over the course of one day this week, he posted four times, including a dick-joke about Donald Trump,  a portion of a painting by an unnamed artist, a slideshow of a Grünewald portrait with some similar works, and a video of a bear. With all that content incoming, it’s pretty easy to just hit the mute button.

Last week, however, Saltz took to Instagram to abhor the blue-chip galleries who took out PPP loans during the pandemic and had them forgiven, which we can all collectively groan about. Perhaps even more groan-inducing, however, was Saltz’s decision to cap off the post with a reminder that neither he nor his wife, fellow critic Roberta Smith, took out any PPP loans. But of course he didn’t. He does not have any employees, and PPP money, remember, was specifically doled out by the U.S. government to help businesses pay their employees, and nothing else. Hence the term Paycheck Protection Program.

The whole episode didn’t sit too well with KJ Freeman, the owner of Henry Street gallery Housing, who almost immediately called out Saltz, commenting: “Jerry no shade but yours and Roberta’s criticism only supports these blue chips & their artists,” She added, “It’s very out of touch especially to black and brown folks who who couldn’t even access these loans–like come on.”

Saltz didn’t answer, but Freeman wasn’t through. “Yall deserve no PPP loans,” she wrote on her gallery’s Instagram page. The text was layered onto an excerpt from Adrian Piper’s “The Triple Negations of Colored Women Artists” from 1989. In it, Piper claims that Roberta Smith told journalist Terry McCoy that “the real problem with the art of African Americans is that it just isn’t any good, that it would be in mainstream galleries it it were, that she’s been up to the Studio Museum a couple of times, and hasn’t seen anything worthwhile, that it’s all too derivative, and so on.”

In response, Saltz privately messaged her a simple “Thank you” and a thumbs-up emoji. “I just posted my opinion about it. I was like, this is really rude, because I was trying to have a conversation about it,” Freeman told Wet Paint, explaining that she found Saltz’s message dismissive.

It wasn’t long before Freeman found herself blocked by Saltz.

I reached out to Saltz to hear his side of the story. “Wow!!! I had no idea that happened,” he told me. “I am so so sorry. I have to block so many right wingers and bots everyday that it often happens that I block the wrong accounts.” After eight emails asking for help unblocking someone, he clarified: “I do have one blocking policy on my social media: You may call me names, but you may not call anyone else in this thread a name.” So, perhaps Freeman’s mention of his wife caused him to flip the switch.

Asked whether he had any response to Freeman’s comments, he responded “I have no comment. Thank you again for the tech help.”

The High Museum of Art, the Denver Art Museum, and the Albertina Museum have all recently acquired work by rising-star painter Rebecca Ness … A photoshopped image of Bored Ape mural in Mexico City desecrated (or arguably saved) by legendary graffiti artist ZOMBRA has been making the rounds on the Internet … One of the Spice Girls commissioned a piece by Emma Stern, but in her announcement of the commission, the artist let her Instagram followers guess which one it was (I’m hoping Scary Spice) …

*** Filmmaker and artist Kembra Pfahler out for a walk down Second Avenue *** Artist Akeem Smith styling Hari Nef for the cover of the new *** Kimberly Drew and Sarah Hoover in conversation at the Church in Sag Harbor, covering everything from gender in art to textiles *** Dean Kissick, Honor Levy, and Eugene Kotlyarenko hanging out at Burp Castle after Kissick’s reading at KGB Bar alongside Matt Starr, Annie Hamilton, and Gutes Guterman *** Hans-Ulrich Obrist and Jay Jopling seated in the same row in “prestige class” on their trip out to Seoul ***

I couldn’t have imagined the onslaught of responses last week’s question would get. The thought there may be in all of the art world seemed to put folks into a tizzy, and my email inbox was immediately alight with nominations.

Put simply, I have a word count that I have to abide by here in Wet Paint. So, instead of listing out who nominated which dog, I present to you the four most nominated animals. Without further ado, behold:

Dan Oglander’s dog Beverly (PETA is on its way to your house, Dan) … 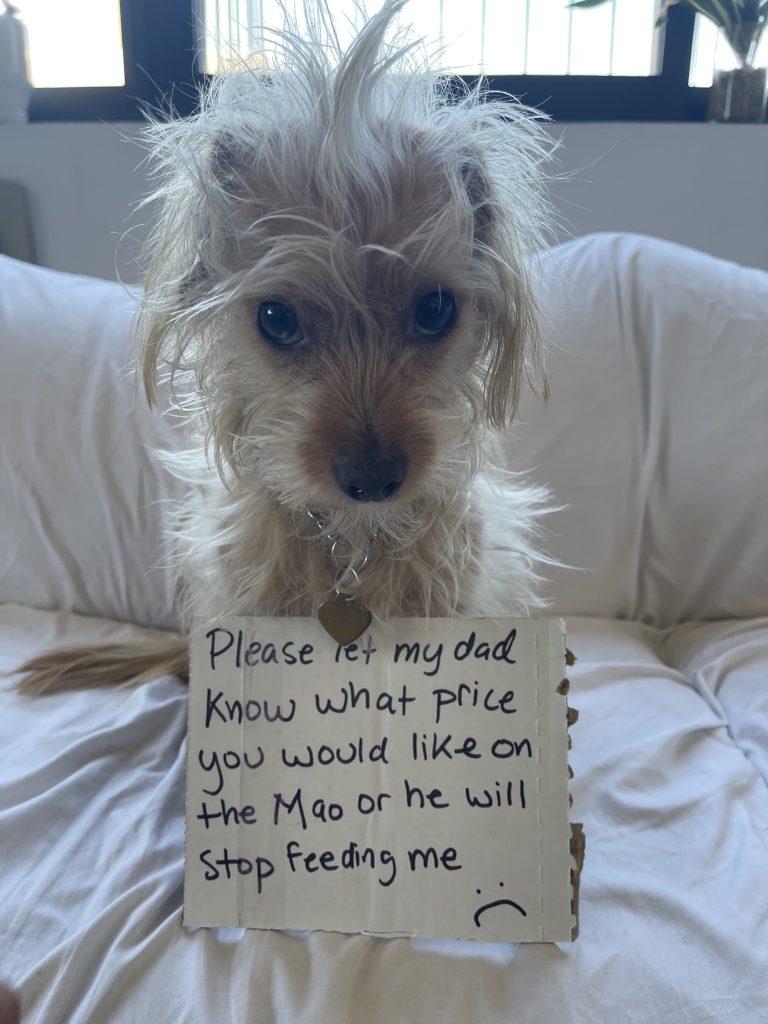 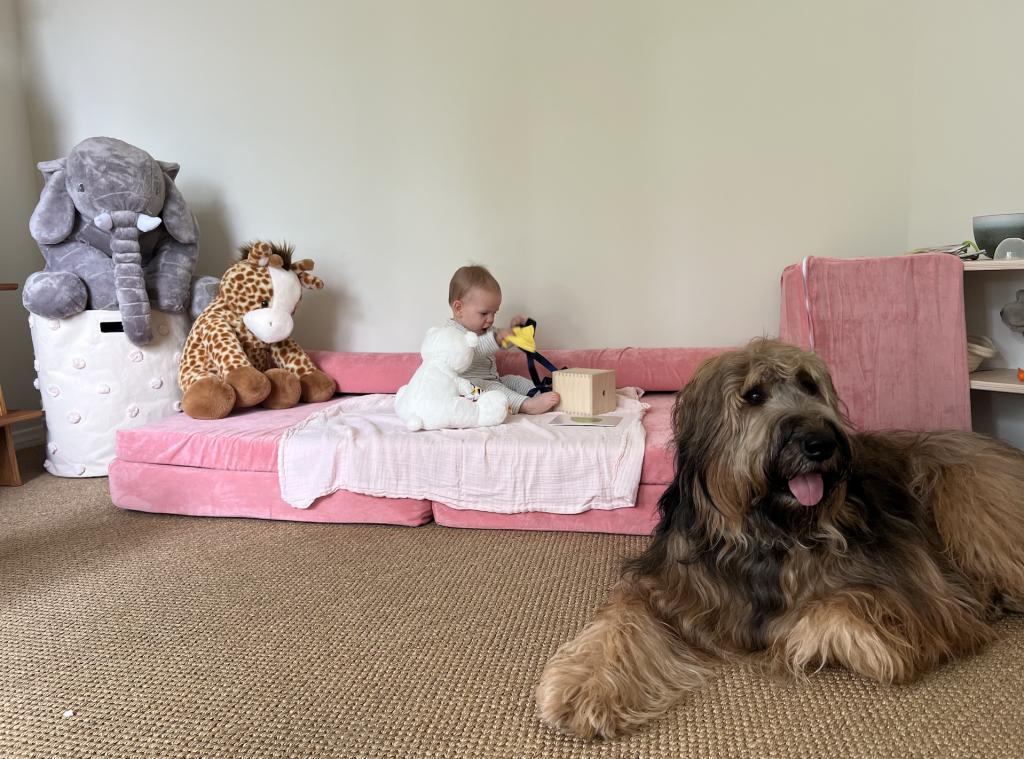 The Instagram famous Bert, who belongs to Kathy Grayson …

And the dog with the most nominations, with a staggering 16 emails singing her praises: Ethel, who belongs to Robert Dimin and has  the cute little chapeau … 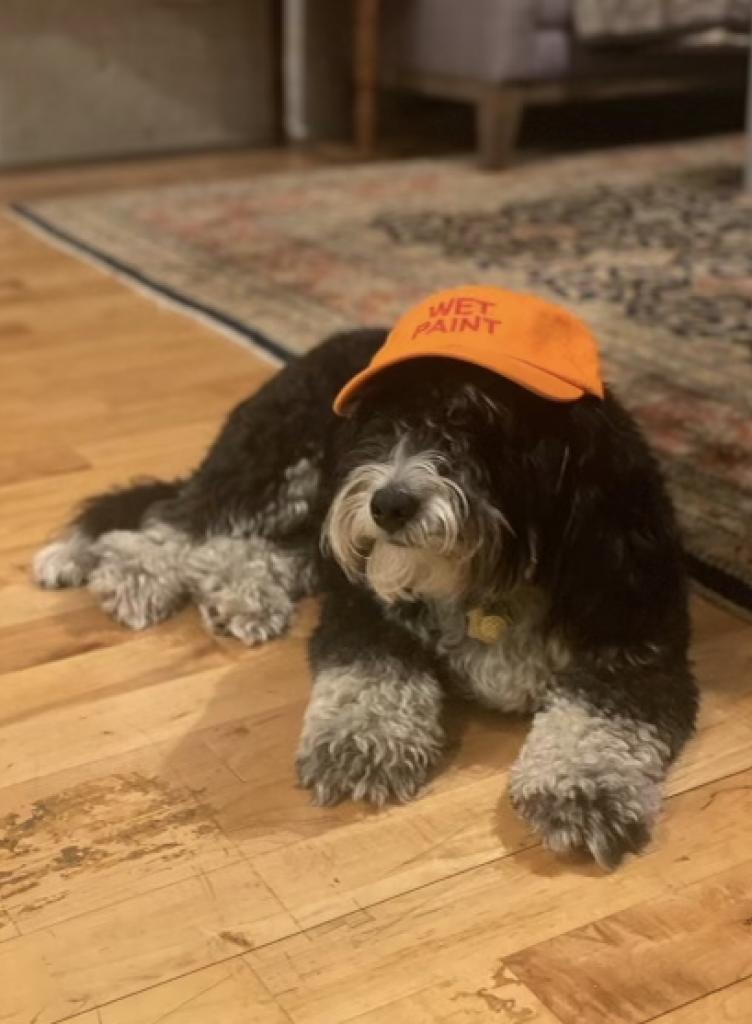 All excellent contenders. But the objective truth is that the cutest dog in the art world can be seen in the author photo at the bottom of this article. I’m a professional journalist and I only report facts. Sorry.

My next question, as we leave the summer stupor and enter an autumn full of fairs and auctions: What’s the number one rookie mistake for someone’s first art fair week? Email your response to [email protected]

Art market predictions for 2023: wet painting is out but guarantees are here to stay