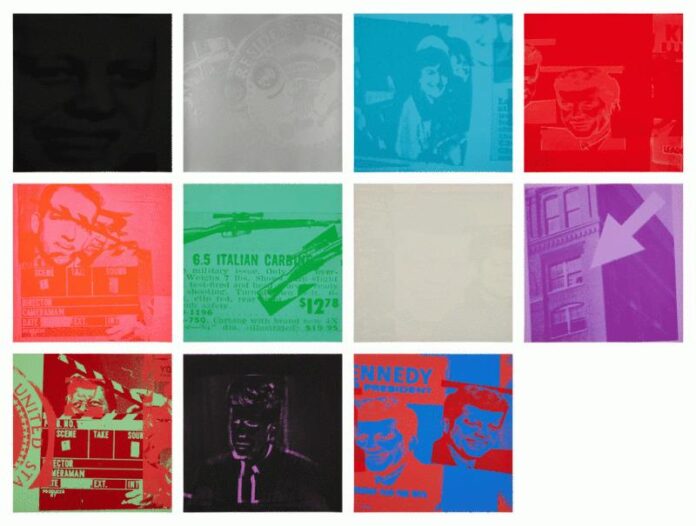 Campbell’s Soup cans. Flowers. Marilyn Monroe. Mickey Mouse. A banana. Iconic alone, each of these images now carries layers of new meaning after being touched by Andy Warhol’s masterstroke of wit. But the sheer breadth of the Pop artist’s fame from the postwar era through today makes finding the few works of his that you ’ seen quite a surprise.

Offered in our current Contemporary Editions sale is one of these surprising examples, Warhol’s  The complete set of 11 works represents the artist’s fascination with John F. Kennedy’s shocking assassination and the media’s representation of it. Here, we spoke with Artnet’s Head of Prints and Multiples, Conner Williams, about the series. 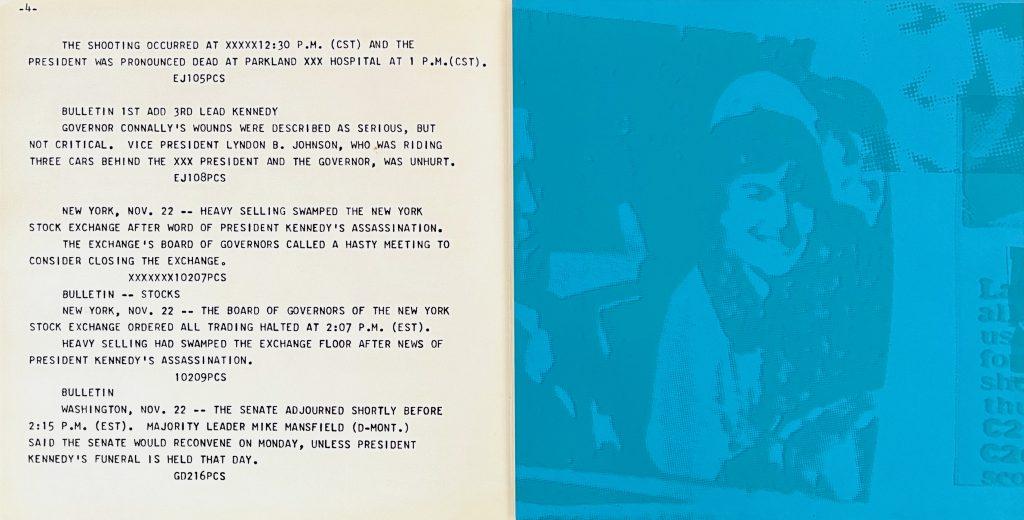 What makes this particular series by Warhol special?

It’s one of the artist’s earliest sets of prints, produced in 1968 to memorialize the assassination of President John F. Kennedy in 1963. exists as a set of 11 screenprints, each signed and numbered from an edition of 200. Each print is accompanied by a folio of teletype text, resembling the wire-service reports of the assassination. The set is also accompanied by the canvas-covered portfolio, which features a headline from the ‘s front page (on November 22, 1963) with Warhol’s classic silver flowers silkscreened over.

Produced in an unusual size, each of the 11 prints are modestly scaled at 21 by 21 inches, which all fit into the original slipcase portfolio. Additionally, the original owner acquired this set of prints from the Andy Warhol Foundation for the Visual Arts.

How does the portfolio relate to the artist’s oeuvre and the other Warhol works in the sale?

This set relates to the artist’s obsession with fame and disaster. It is concurrent with his famous “Death and Disaster” series (1962–64), which appropriated contemporary media’s use of photographs that documented really horrific scenes like race riots, car crashes, nuclear explosions—even suicides—while others were more about the general emotional impact of certain events. We can think about it as Warhol’s initial foray into Pop Art—his almost outrageous use of devastating scenes of historical importance.

The set, of course, captures the celebrity of JFK and his assassination. But Warhol was very interested in how the media shaped the nation’s outpouring of emotion in reaction to the event. He said of the media coverage, “I’d been thrilled having Kennedy as president; he was handsome, young, smart—but it didn’t bother me that much that he was dead. What bothered me was the way the television and radio were programming everybody to feel so sad. It seemed like no matter how hard you tried, you couldn’t get away from the thing.” This is also apparent in how Warhol captured and treated Jackie’s reaction in other works, as he produced three prints of the mourning Jackie shortly after this set was produced.

Also, part of Warhol’s “death and disaster” theme, we are also offering a wonderful example from his “Electric Chair” series dating from 1971. Warhol produced 10 different prints of an electric chair, each varying in color. The example we have in the sale is the best from the series, with the strongest colors as well as an apparent brushstroke through the middle of the image. Again, this speaks to Warhol’s fascination with macabre subjects and his appropriation of an existing image into the context of art. That brushstroke is such an obvious flare and reference to his mode of thinking here. 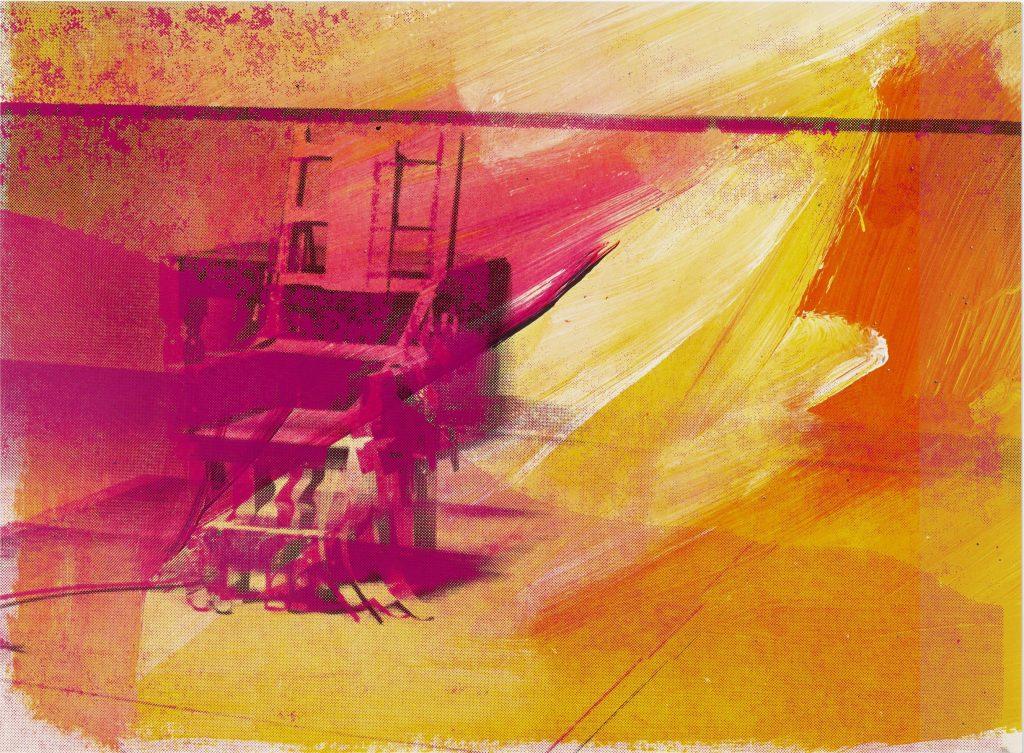 The set is still undervalued, and it is one of the few complete sets of prints by Warhol that can be collected for around $100,000. Prints from the “Marilyn,” “Flowers,” or “Endangered Species” series command much higher prices, but they don’t really tell the story of Warhol’s art-making as this set does.

What are some other details about this work, or other Warhol lots in the sale that particularly interest you?

I like how the series’ title refers to the flash of the camera as well as the term “news flash.”

In addition to and we are also offering Warhol’s (1982), a unique dollar-sign screenprint;  , from his “Cowboys and Indians” series (1986); and his 1972 Together, the lots speak to the extraordinary variety of Warhol’s themes: death, disaster, fame, money, cultural motifs—the list goes on. 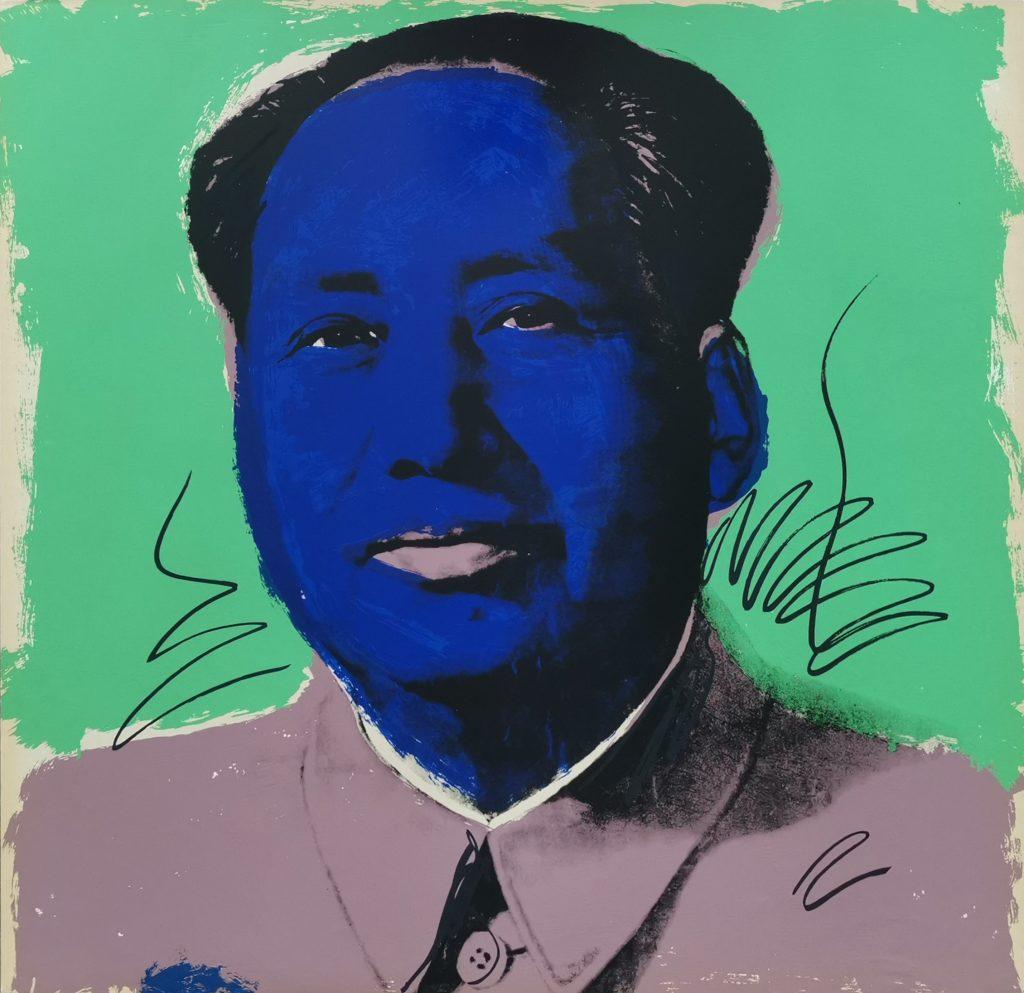