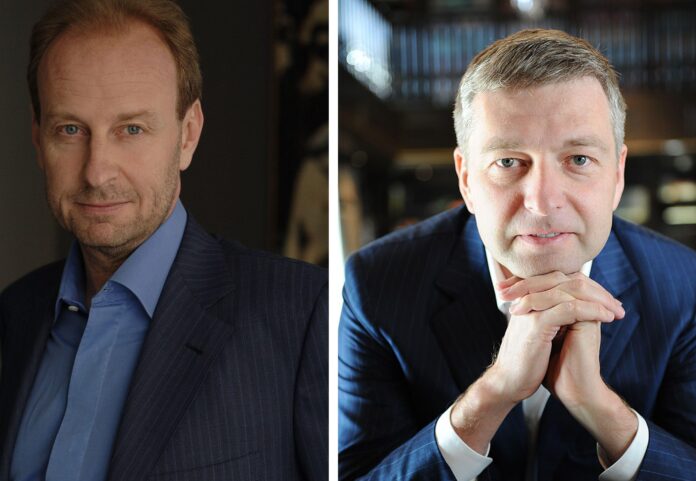 After seven years of bitter dispute played out in court rooms around the world with former client Dmitry Rybolovlev, the Swiss businessman Yves Bouvier now faces a criminal investigation for fraud in his hometown of Geneva. In a new twist in a saga that has mesmerised the art world, the city’s criminal court of appeal overturned the dismissal of Rybolovlev’s complaints, pronounced last year by the prosecutor.

Rybolovlev is accusing Bouvier of having swindled €1.1bn from him through the €2bn sales of 38 works of art from 2003 to 2014. In 2017 and 2019, the Russian owner of the Monaco football club filed two complaints in Geneva against Bouvier and his alleged “accomplices” Tania Rappo and Jean-Marc Peretti, for gang fraud and money laundering. In September 2021, the case was dismissed by the district lead prosecutor, Yves Bertossa, who claimed that it was mostly based on evidence collected in a previous criminal procedure in Monaco, which was annulled in 2020 for being “partial and disloyal“. The prosecutor also considered that the accusations of fraud against Yves Bouvier were “contradicted by many elements”.

Actually, “the possible existence of a deception cannot be denied,“ replied the court of appeal in its decision (in French), on 26 July. Rybolovlev considers that he was cheated by Bouvier, who was his agent and pocketed huge profits from deals done behind his back. Bouvier says he acted as a dealer, free to set his own profit margins. The Swiss court considers “the files include elements that could support the versions of one or the other” and “have probably coexisted“, implying that each transaction should be investigated separately. “At this stage, the thesis put forward by the plaintiff is plausible,“ the court states.

The court added that it finds it “surprising“ that the prosecutor dismissed Rybolovlev’s complaints on the grounds of violations of the procedure undertaken in Monaco, as “nothing of the kind“ had happened in Geneva. However, the court considers that the facts before July 2007 are prescribed, due to a 15-year statute of limitation.

Sandrine Giroud and Benoît Mauron, the attorneys for Rybolovlev’s family trusts, expressed their “satisfaction“ that the “court confirmed the arguments of the plaintiffs“ considering it “plausible“ that there had been an act of fraud. They “are convinced that the procedure will swiftly establish the criminal responsibility of Yves Bouvier and his acolytes” and claim that the “ruling demonstrates the emptiness of Bouvier’s defence and the inanity of his fanciful statements“. Recalling that the Swiss businessman is also under fiscal investigation, Giroud told The Art Newspaper that “he will now have to face the consequences of his acts“ and “it is important for the sake of the art market that such an iconic case be cleared up.“

Bouvier can lodge a new appeal to a federal court, which would not suspend the criminal investigation. But at this stage, his lawyer, David Bitton, says his client “welcomes the decision of the court, which will see the Geneva Prosecutor’s Office carry out an additional investigation to further demonstrate the hopelessness of Rybolovlev’s claims”. He feels confident that “the case will again be concluded in Mr Bouvier’s favour, as has happened in all the courts across the world where Rybolovlev has tried to take legal action against him”.